Kroll’s and The Packers

We bet you’ve never heard of the wintertime cocktail known as a Tom & Jerry, unless you come from the upper Midwest or Buffalo, NY region, in which case you’ve likely not only heard of it but look forward to it when the weather turns frigid and the days are short. In this very limited region of the U.S. wintertime Tom & Jerrys are de rigueur. Think of them as a hot variation of eggnog. Schwabl’s of West Seneca, NY starts putting out the Tom & Jerry bowl on Columbus Day. Here it’s made with a dairy-free sweetened egg batter spiked with rum and brandy. Read more about the tradition of Tom and Jerrys in the Clarence Bee.

Kroll’s and The Packers

The Big K features ketchup, pickles, raw onion, and (this IS Wisconsin) butter. The burger is grilled over charcoal and the bun is toasted.

Kroll’s West, across the street from Lambeau Field, has been an integral part of the Packers experience since it opened in 1974. On game day, four thousand customers is not unusual, many of them drinking in the parking lot. Read more about the Kroll’s West/Green Bay Packers connection here. 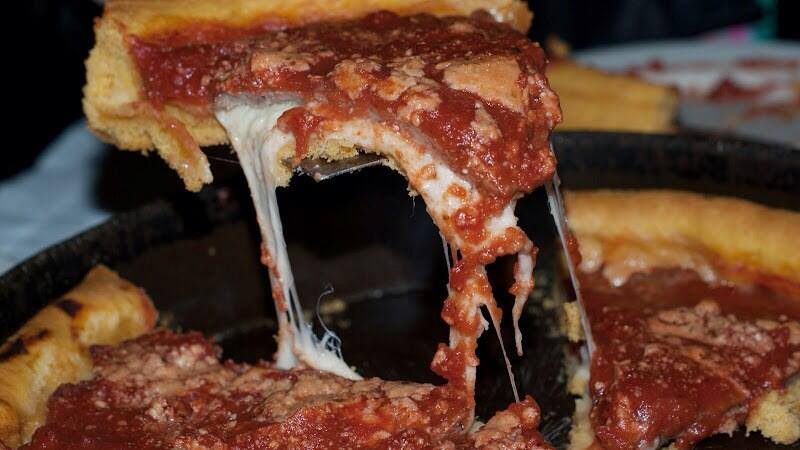 Gino’s East is bringing Chicago pizza to Texas next week..

We knew Gino’s East would be coming to Texas in the near future, but now we know exactly when. Their first Texas location opens in The Woodlands, the northern suburbs of Houston, on December 11th. A second Houston Gino’s East will open January 15th in the Willowbrook area. And, yes, they will offer a pie topped with smoked brisket!

The Boston Globe has just published a fascinating survey of the best artisan chocolate made in New England. Seven of the 14 chocolate masters are bean-to-bar producers, meaning they begin with the unroasted cacao bean. Some are ultra-smooth, some intentionally gritty, some add spices, fruits, or nuts, others use nothing but the bean and sugar. A selection of these chocolates would make a fine gift for the serious chocoholic on your list.