Pay attention to the name: they call themselves a candy kitchen, not a candy store, and with good reason. Every piece of candy, from the coconut clusters to the fudge meltaways, the ribbon candy to the peanut brittle, is made right here. Over a thousand 19th-century candy molds are used to produce the fantastic array of molded chocolates, including a chocolate carousel complete with chocolate horses. 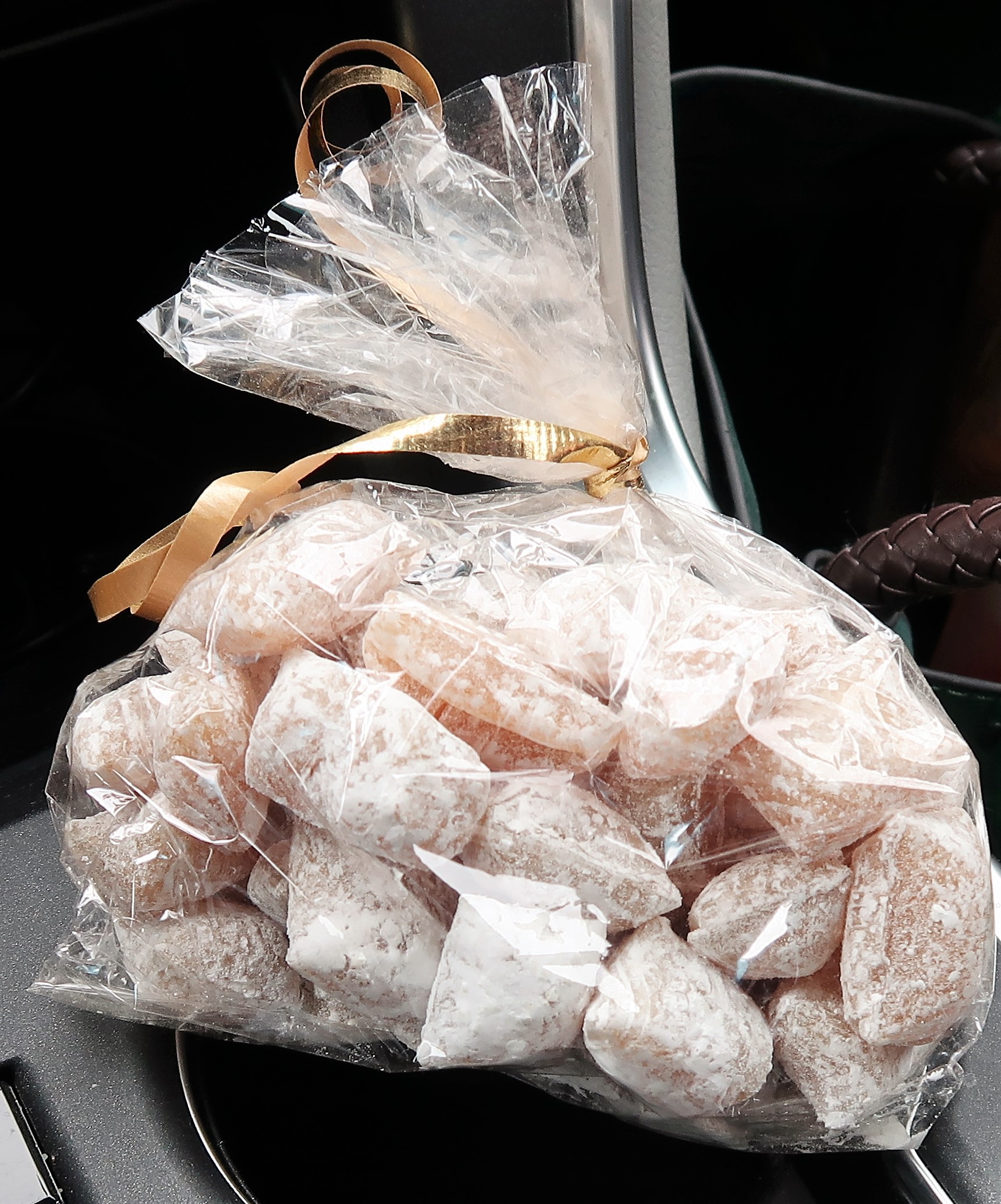 They make a lightly molasses flavored hard candy called sugar speck, which is said to be a favorite from The Netherlands.

We have a weakness for peanut brittle, and the Candy Kitchen’s thin version of the crunchy candy is particularly good. The Williamson region has something of a Dutch heritage (as in Holland, not Germany), so presumably to cater to local tastes the Candy Kitchen also makes something called sugar speck, which is said to be a Dutch hard candy made with brown sugar and cider vinegar. 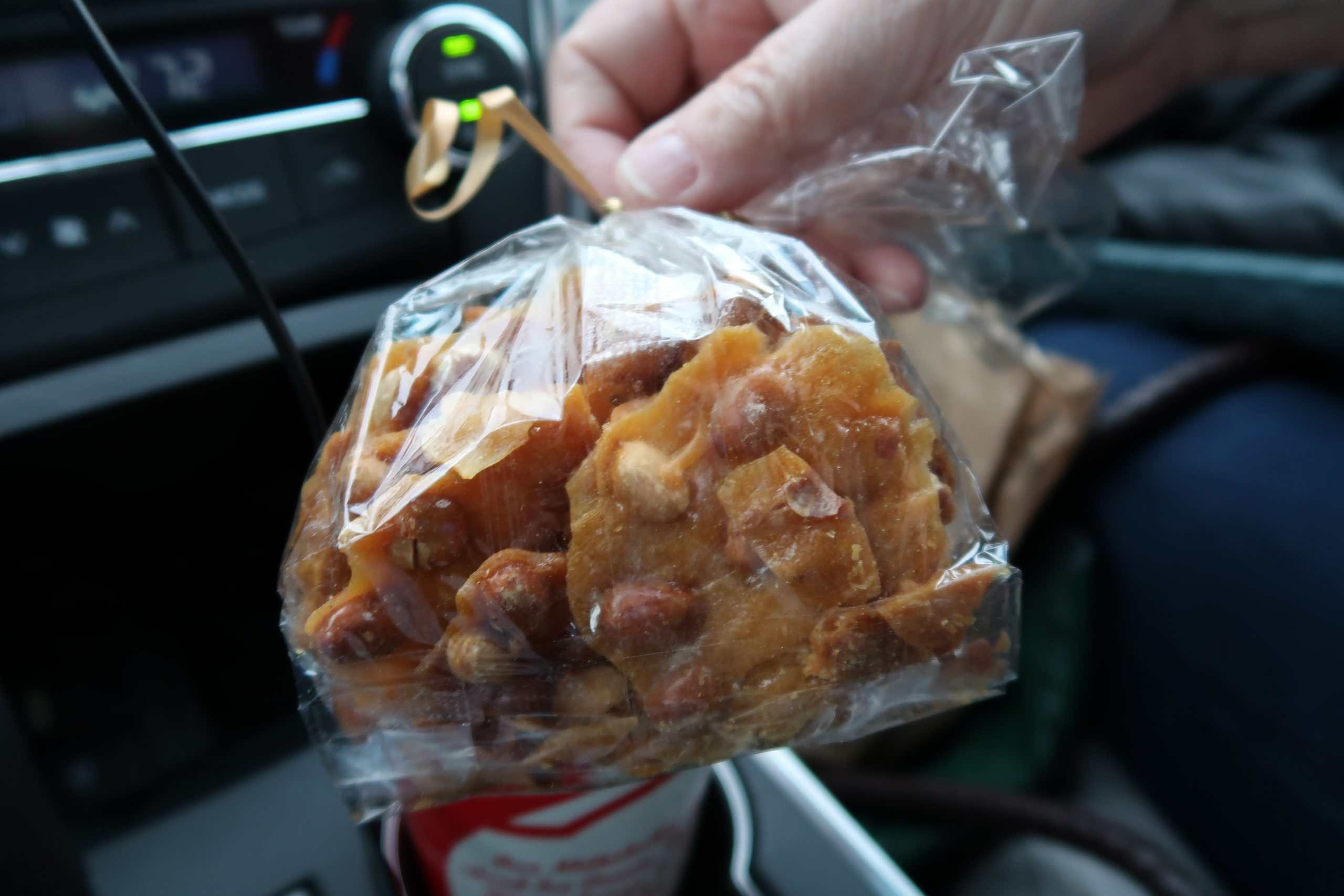 The good peanut brittle, like all the other candy, is made by the Candy Kitchen.

Try as we might, though, we can find no other references to sugar speck on the web, in The Netherlands or anywhere else other than in this single Williamson candy store. Apparently, sugar speck is meant to approximate what are known as Babbelaars, a buttercotch hard candy very popular in Holland. We bought a bag and find the hard candy to have a pleasantly old-fashioned light molasses flavor. 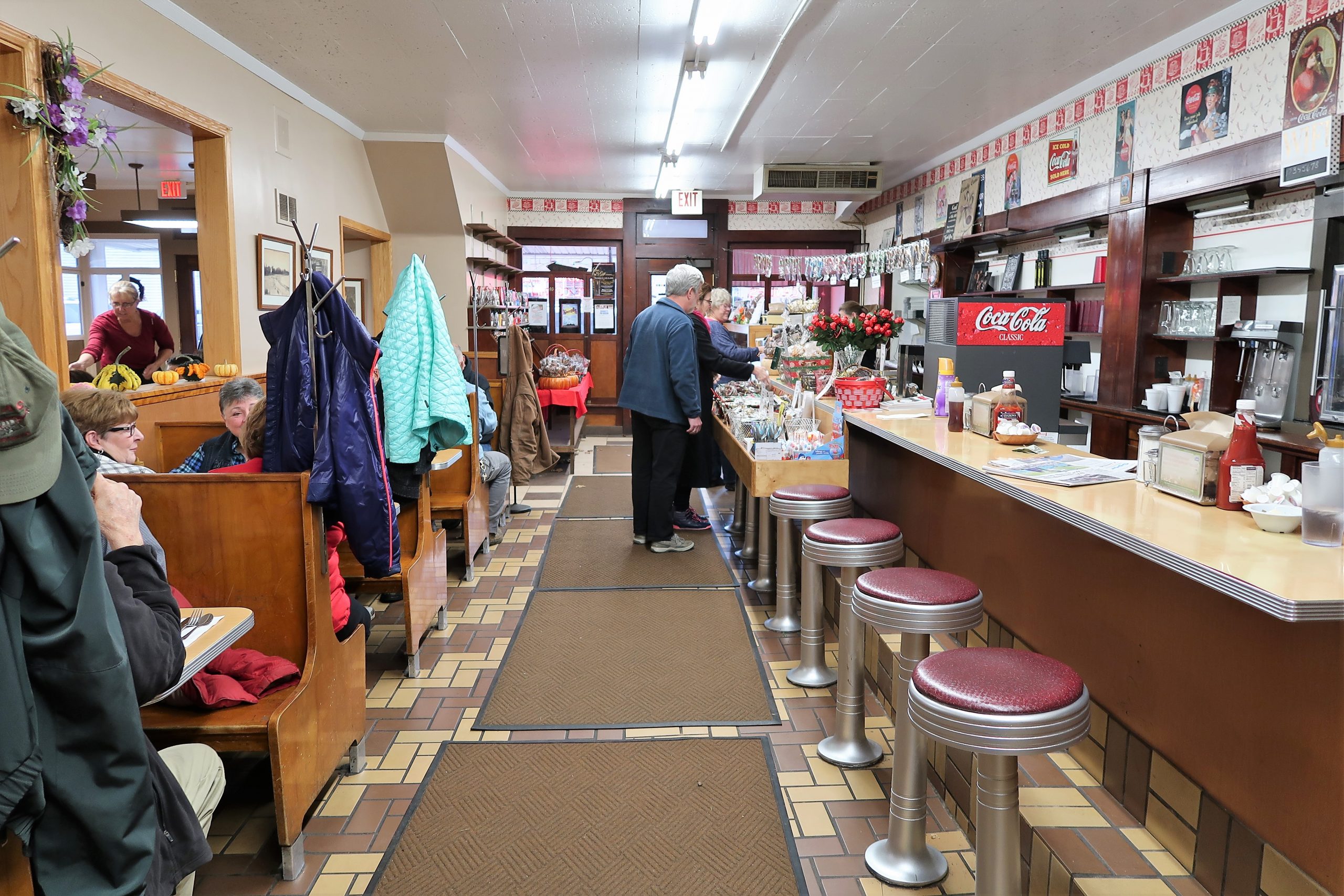 Candy’s on display up front, while towards the back you’ll find a counter and a few wooden booths.

The Candy Kitchen was opened in 1890 as an ice cream parlor by George Boosalis. Four generations later, Mary Anagnostopoulos runs the candy shop and restaurant. The front room is where the candy is on display and, beyond that, there’s a four stool soda shop counter and an array of straight-backed wooden booths. There’s an adjoing dining area as well. 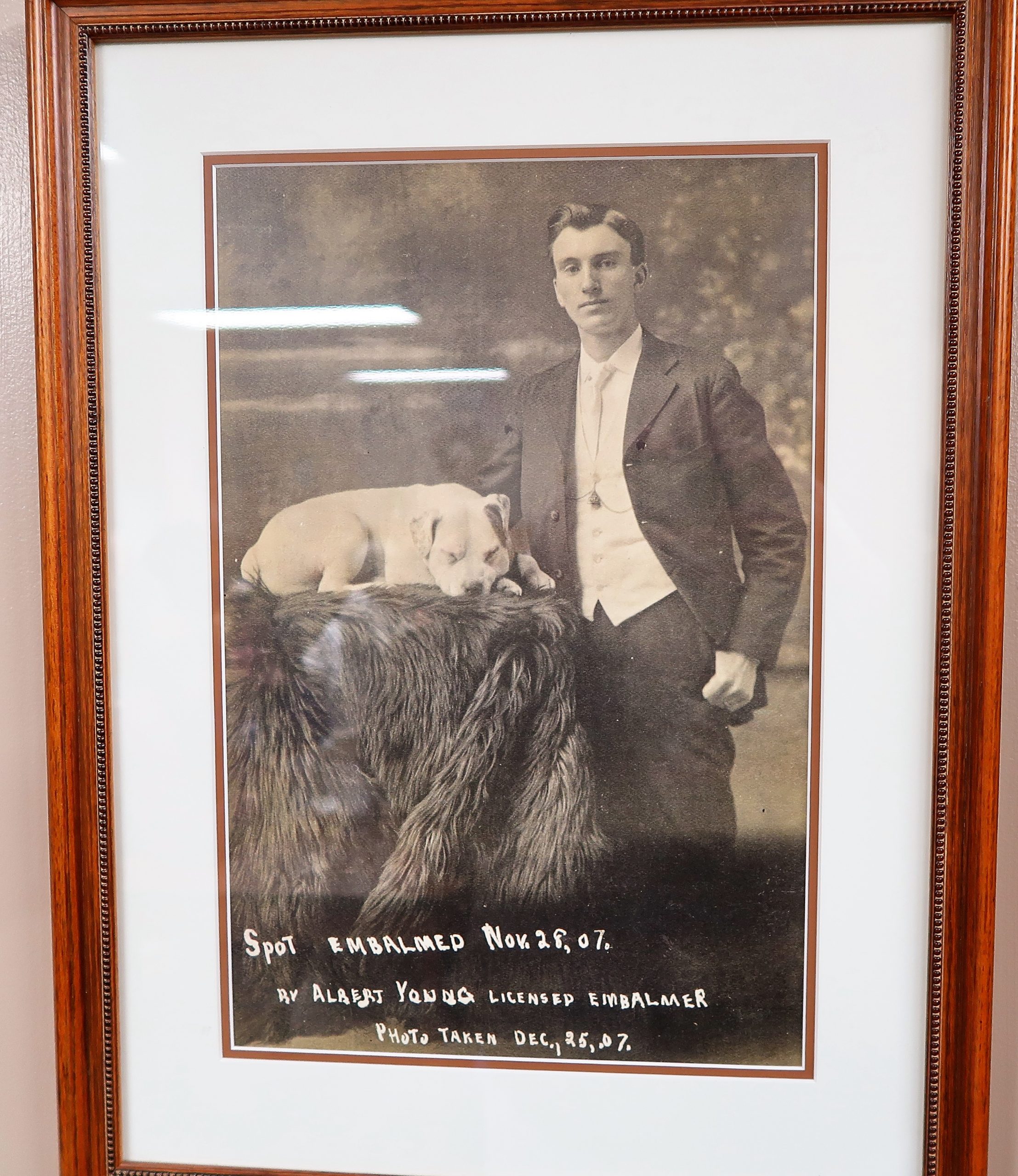 Hmmm, a rather interesting photo, especially in a candy store/diner.

We visited for candy alone but they were doing an impressive lunchtime business that Friday. The Candy Kitchen, known locally as Nick’s, is very popular indeed in Williamson. The menu features a classic array of comfort and diner food with an occasional nod to the owner’s Greek heritage. 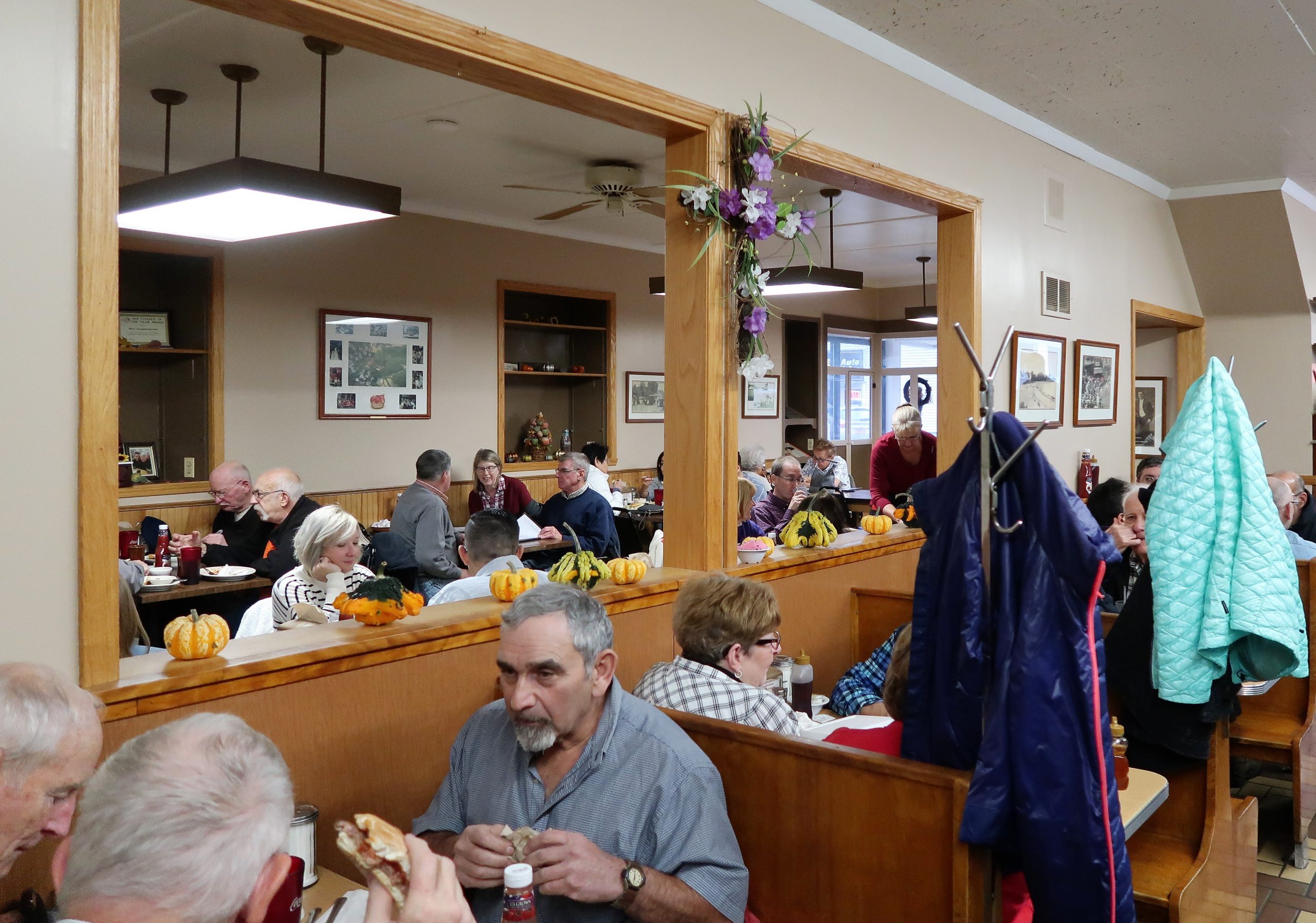 There’s additional seating in the dining room off the main room.

Next trip to Rochester we hope to stop in at The Original Candy Kitchen (Williamson’s about a half hour east) for lunch but, for now, we think they’re already worthy of a visit for the handmade candies and friendly vibe. 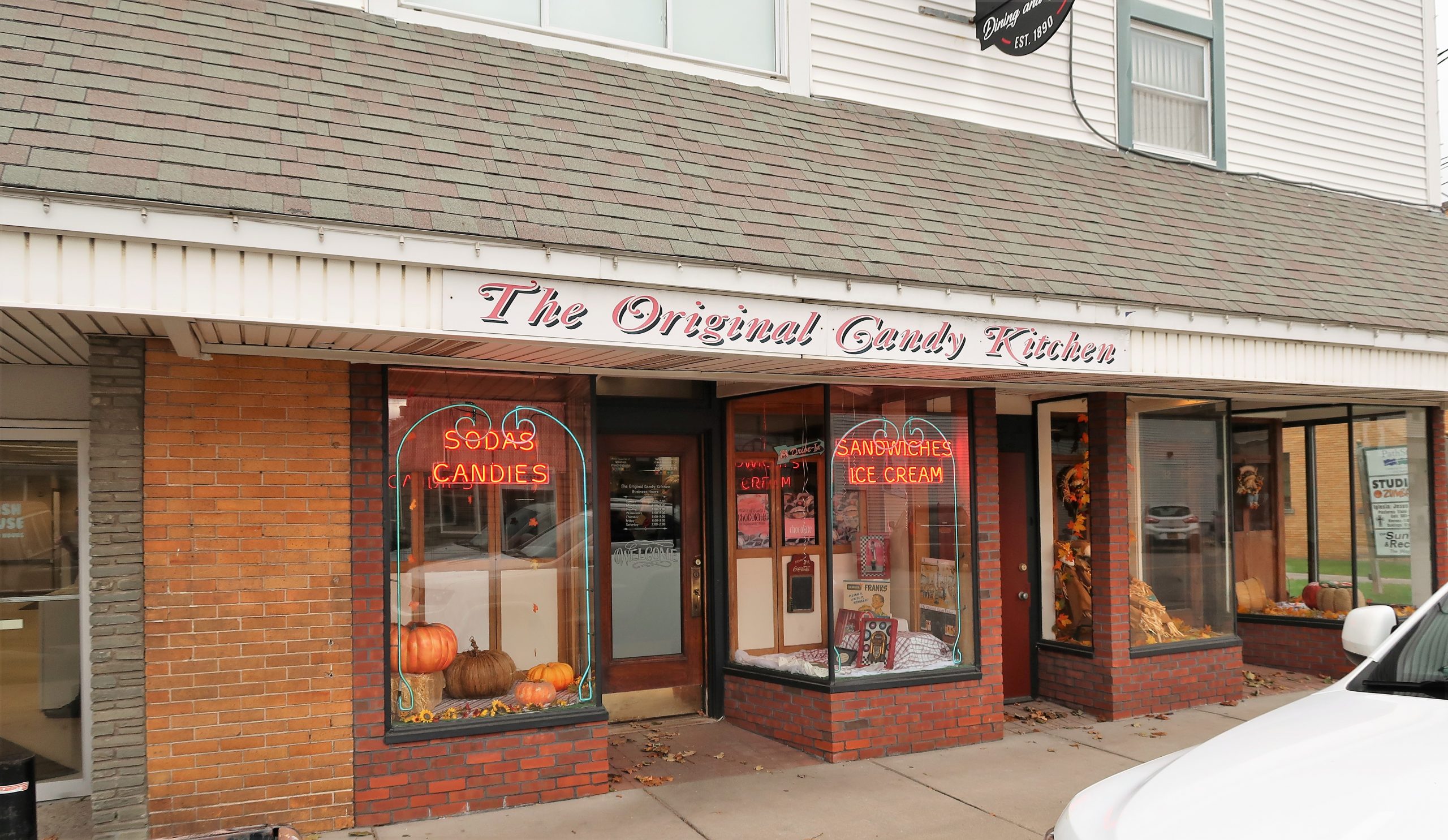 Serving the good folks of Williamsville since the 19th century