Through the decades Phil Card’s version of Upstate NY’s famous Cornell chicken had remained a culinary highlight of the state, but it did seem, at times, that the rest of the eatery needed some attention. Now that Phil has turned over the operation to the next generation of Cards, we’ve noticed a distinct improvement across the board. The salad bar and buffet area is kept much tidier and everything seems to be in tip top shape. There’s clearly more attention to detail. Even the chicken, always superlative, seems to be better than ever. We’re not certain but it seems to us that prices have gone up a little. Not that we care; it’s still a bargain considering the great chicken. 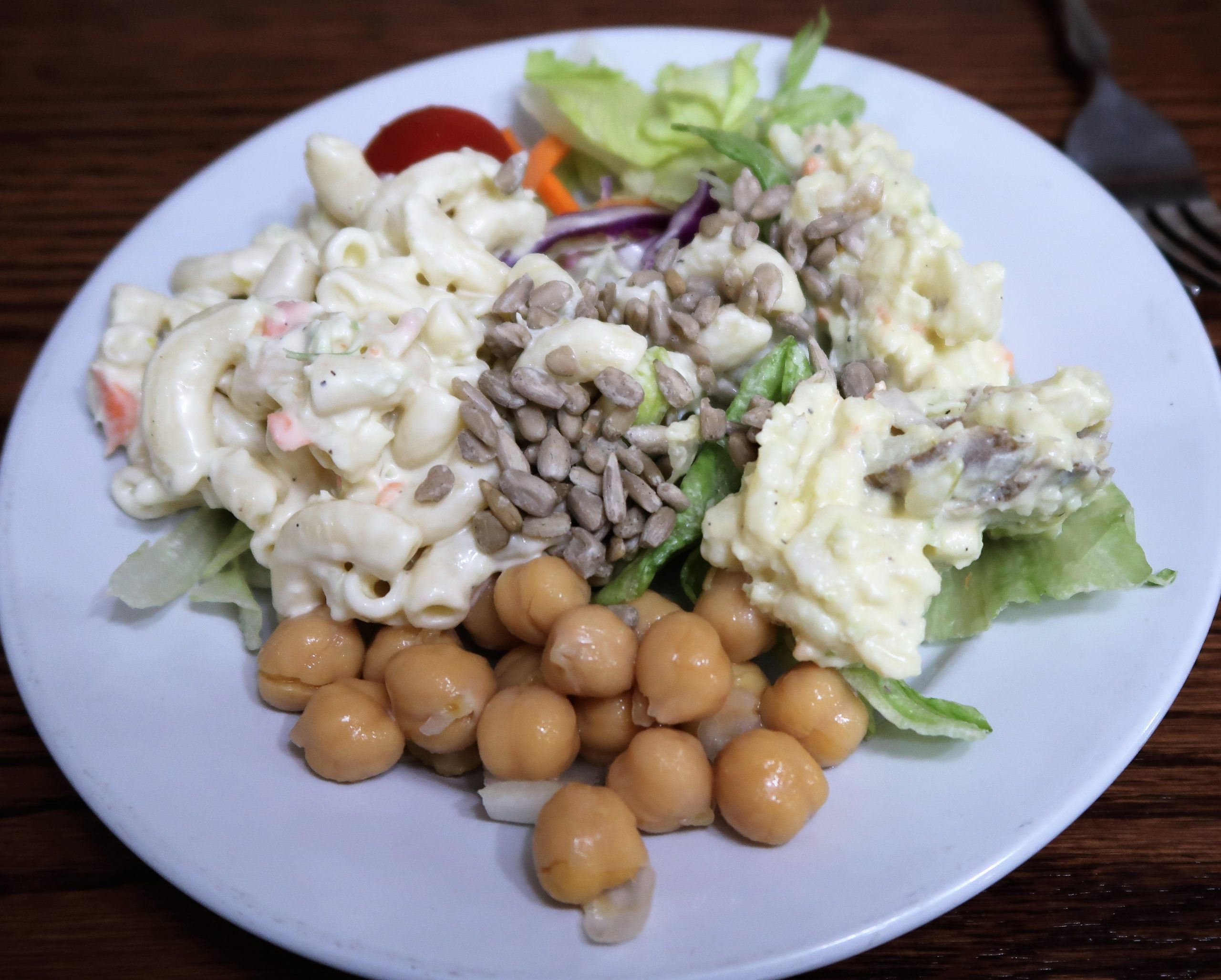 The menu offers much more than Cornell chicken but, to be honest, it’s been so long since we’ve strayed from the chicken that we have nothing to say about things like chicken and biscuits, ham, or meatloaf. A word about the buffets: we’ve only tried them once. Our complaint has always been that the cut up Cornell chicken wasn’t as good as the off-the-menu chicken because the skin of the chicken usually slipped off while it was cut up, and the skin is the best part. And there never seemed to be any dark meat available. Somehow, the Card kids have corrected that problem. We still think a half chicken, at $11.99, is a better deal than the $14.99 buffet, but the choice isn’t as clear as it once was. Now, if they would only serve real mashed potatoes… 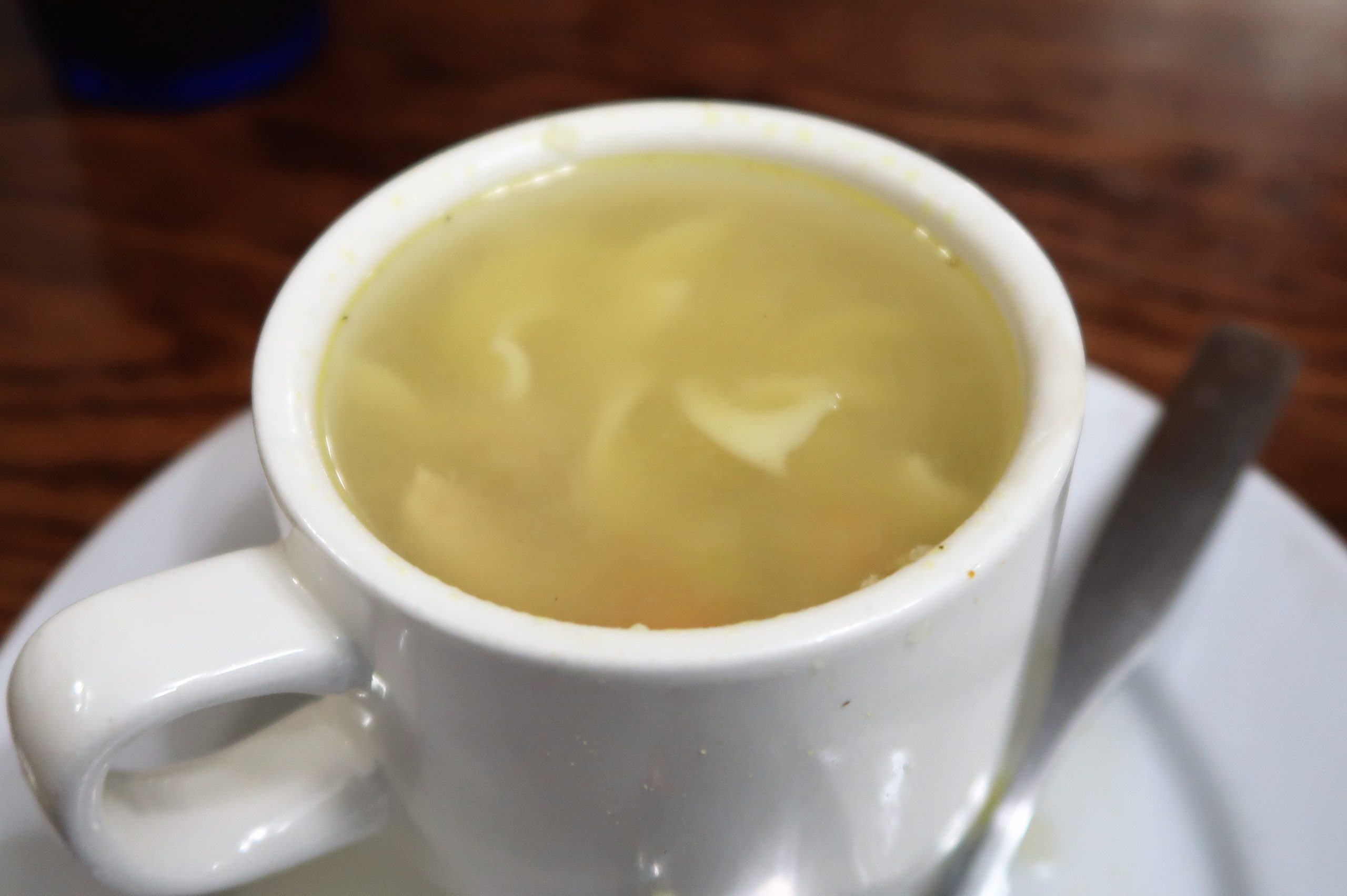 Also on the salad bar, a vat of chicken noodle soup. Be sure to stir from the bottom of the kettle for the big chunks of chicken and plenty of noodles! 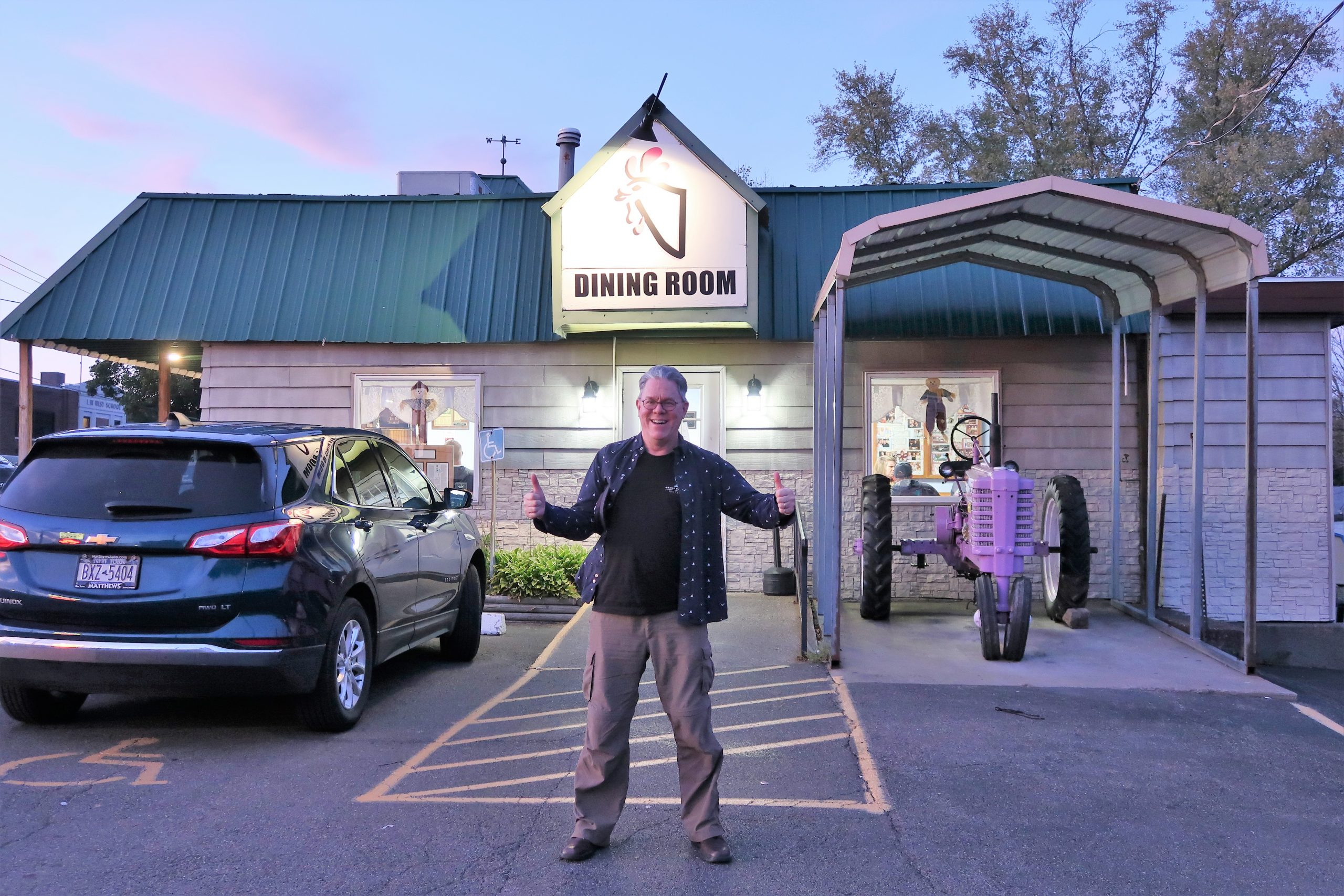 We’d have to say that since the next generation has taken over from Phil, the restaurant, and the food, has freshened up a bit.