Apple farm. Apple season. Apple pancakes on the menu. Guess what we ate? The twist? The apples are raw and shredded, folded into the batter. Not served as a goopy apple pie topping. With local New York State maple syrup, it was good enough to finish, which is saying something. A short stack of pancakes at the cafe consists of two, which may not sound like much but they are thick and broad, hiding the plate below. We’d never before finished a pair. 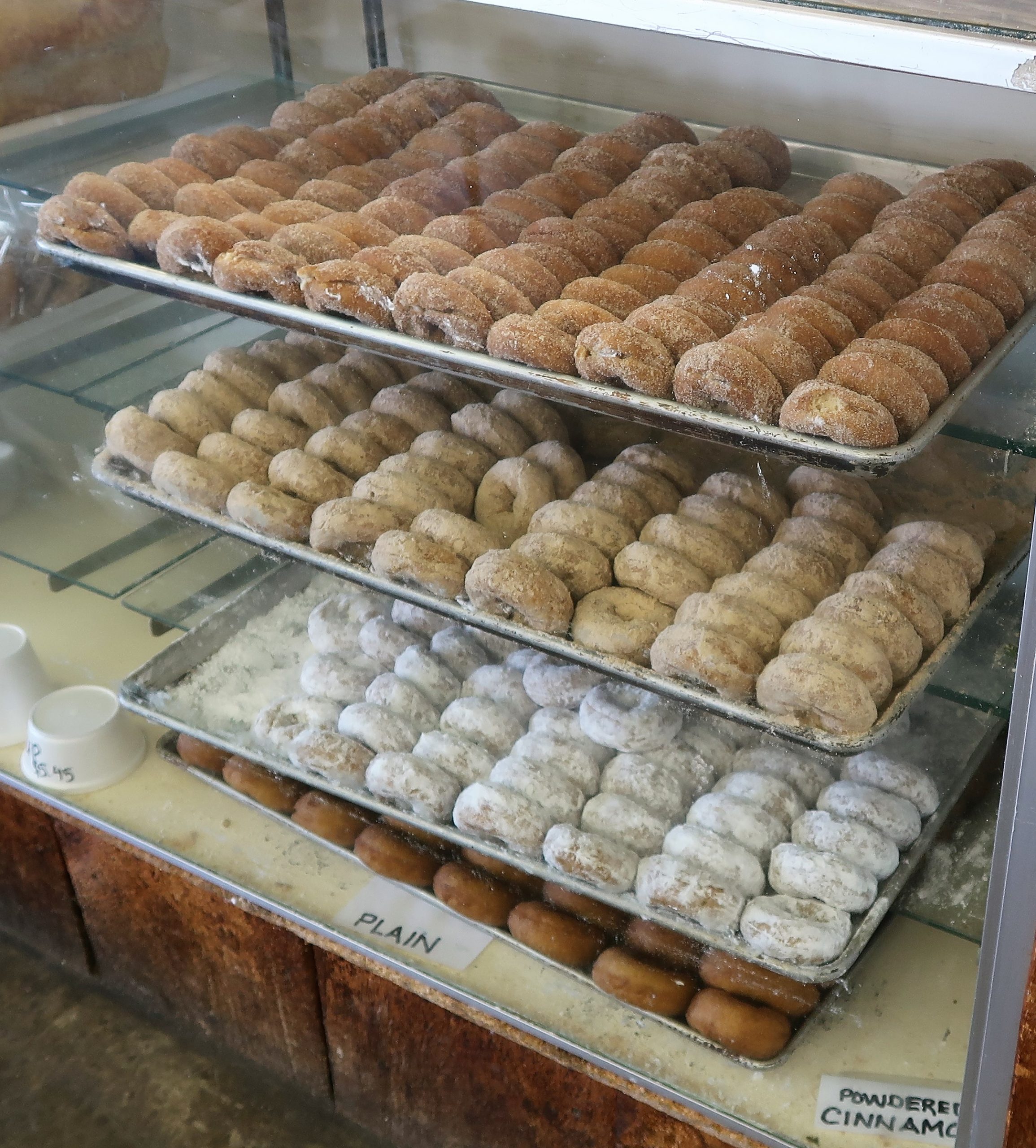 Apple Hills is a working, pick-your-own farm. If you don’t need the experience and just want to bring home fresh apples, they’ve got bags of them ready for purchase. They grow an unusually large variety of apples here, although they ripen at different times of the season, so you can’t try them all in a single visit. 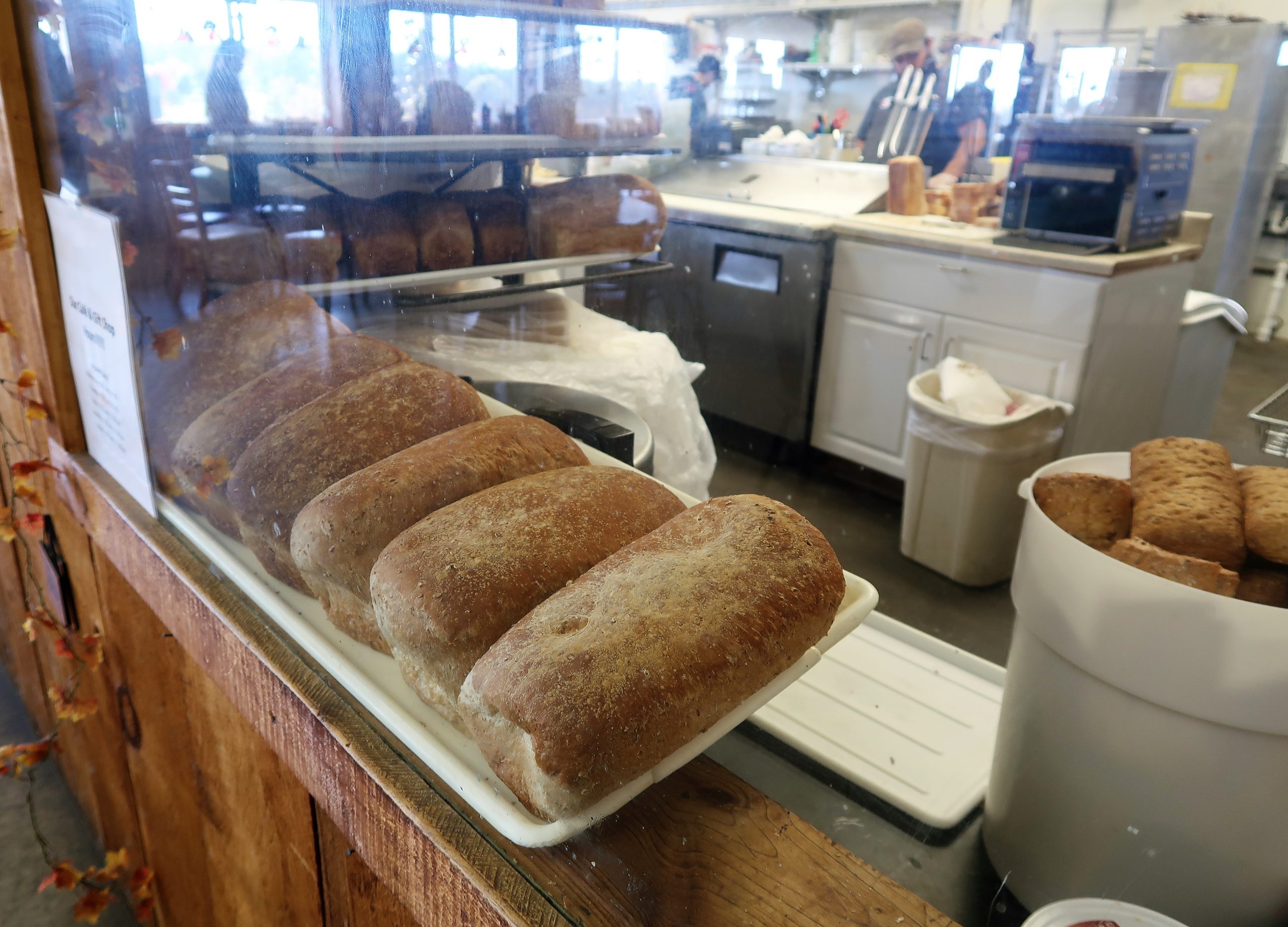 Here was their anticipated ripening schedule for the season just ended: 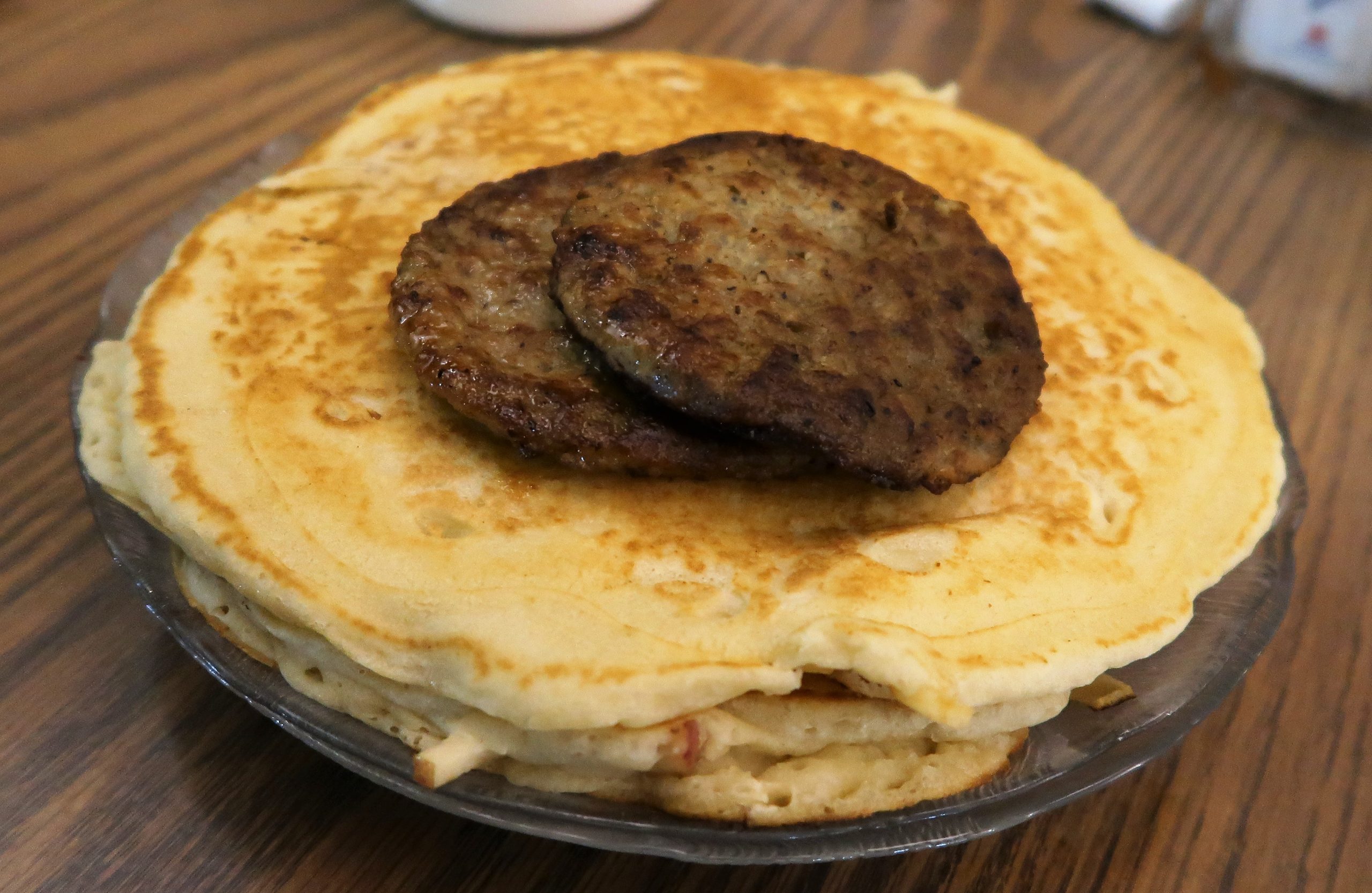 A short stack of pancakes consists of two humongous cakes, more than enough to sate all but the ravenously hungry. A baby stack is one cake, probably a nice breakfast for one normal appetite, while a large stack of four flapjacks will entitle you to another large stack, if you finish them!

The farm has been in the family since 1848. The first apple trees were planted in 1920. Show up earlier in the year for their own berries, which also turn up in the pancakes in season. 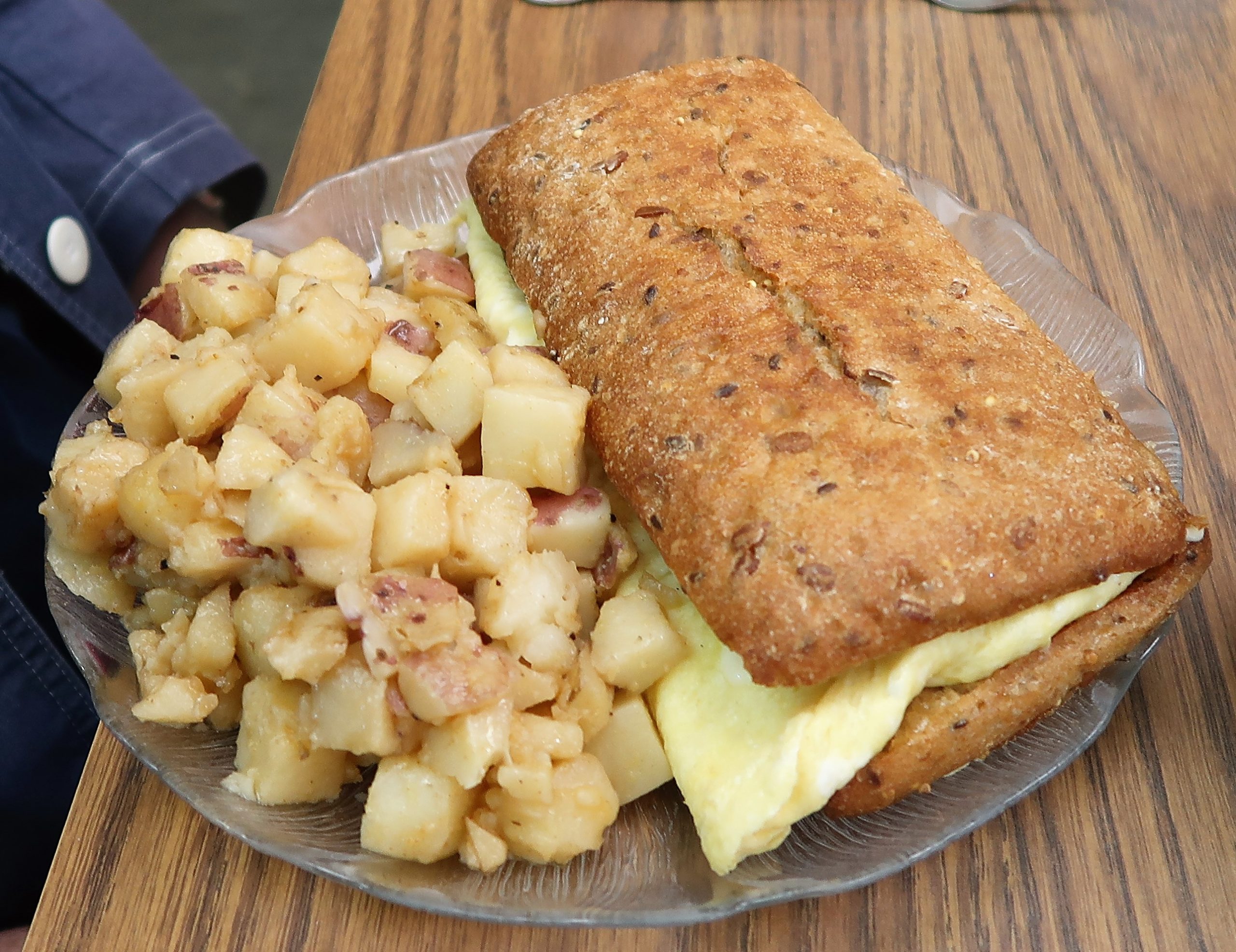 There ARE non-pancake choices on the breakfast menu. 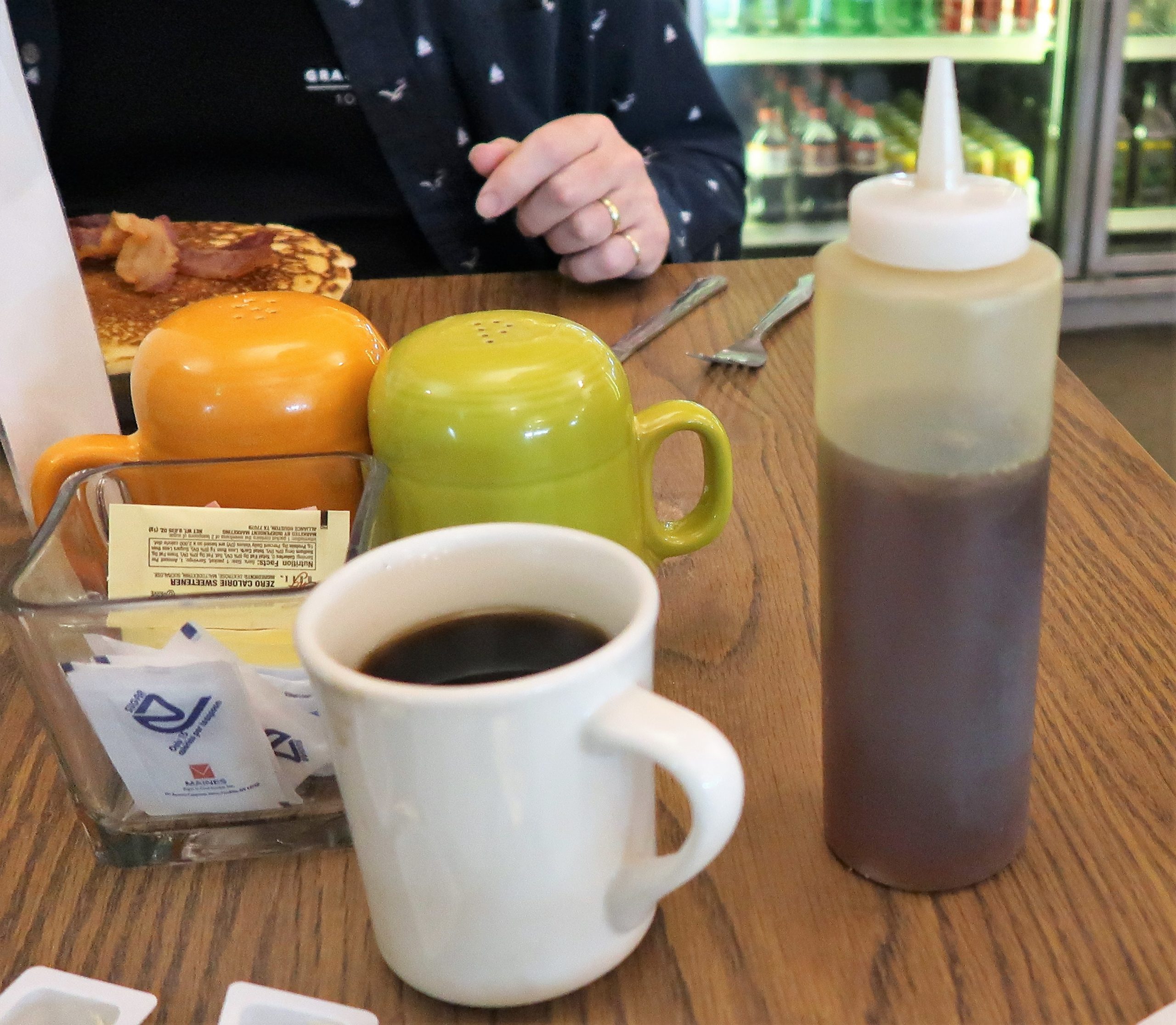 You’re looking at half the fun of breakfast on the apple farm: rich and dark pure local maple syrup. 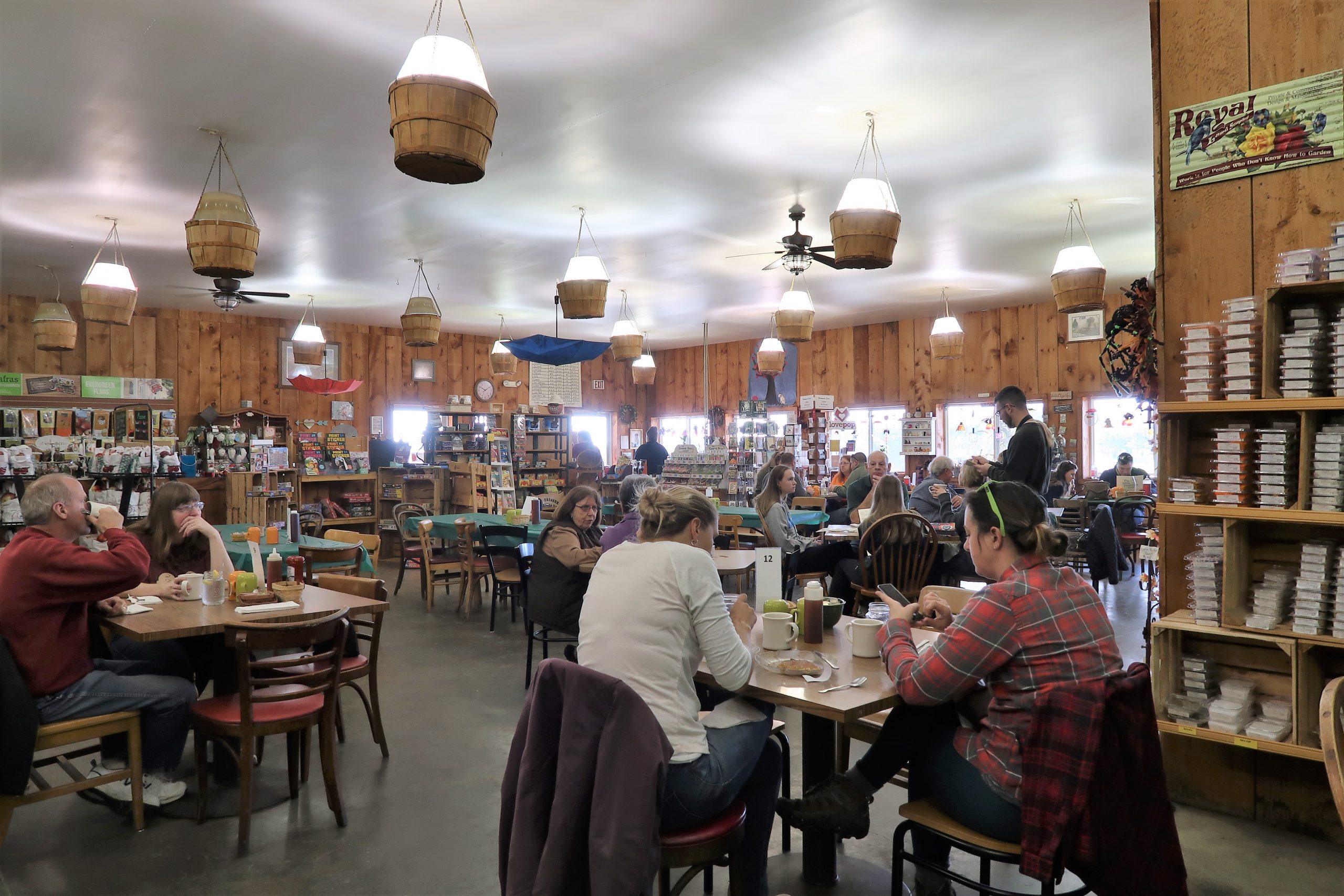 If you’re here in the fall you’ll probably want to dine inside, but they do offer porch dining for warmer mornings. 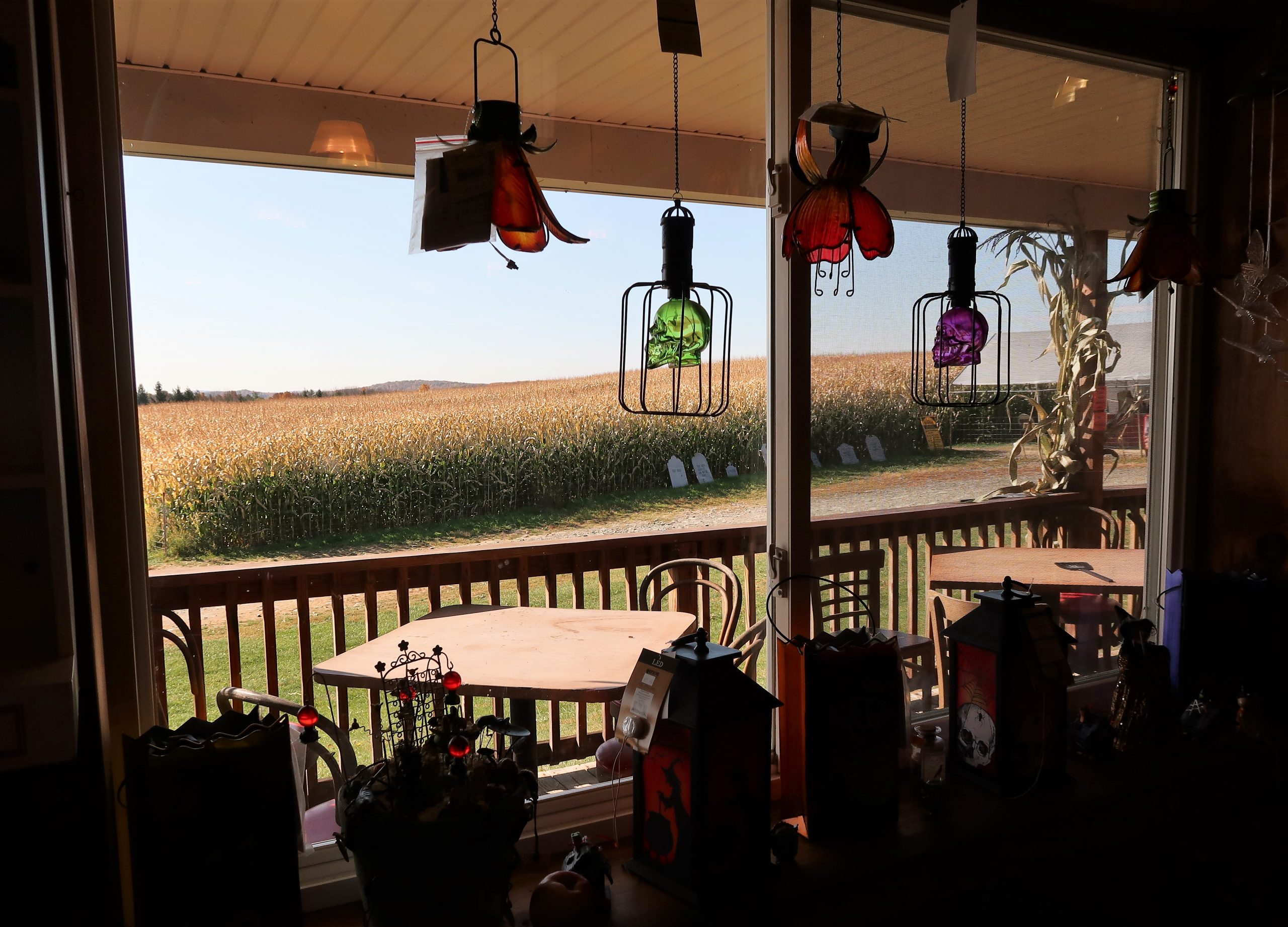 Yep, this is a real farm. 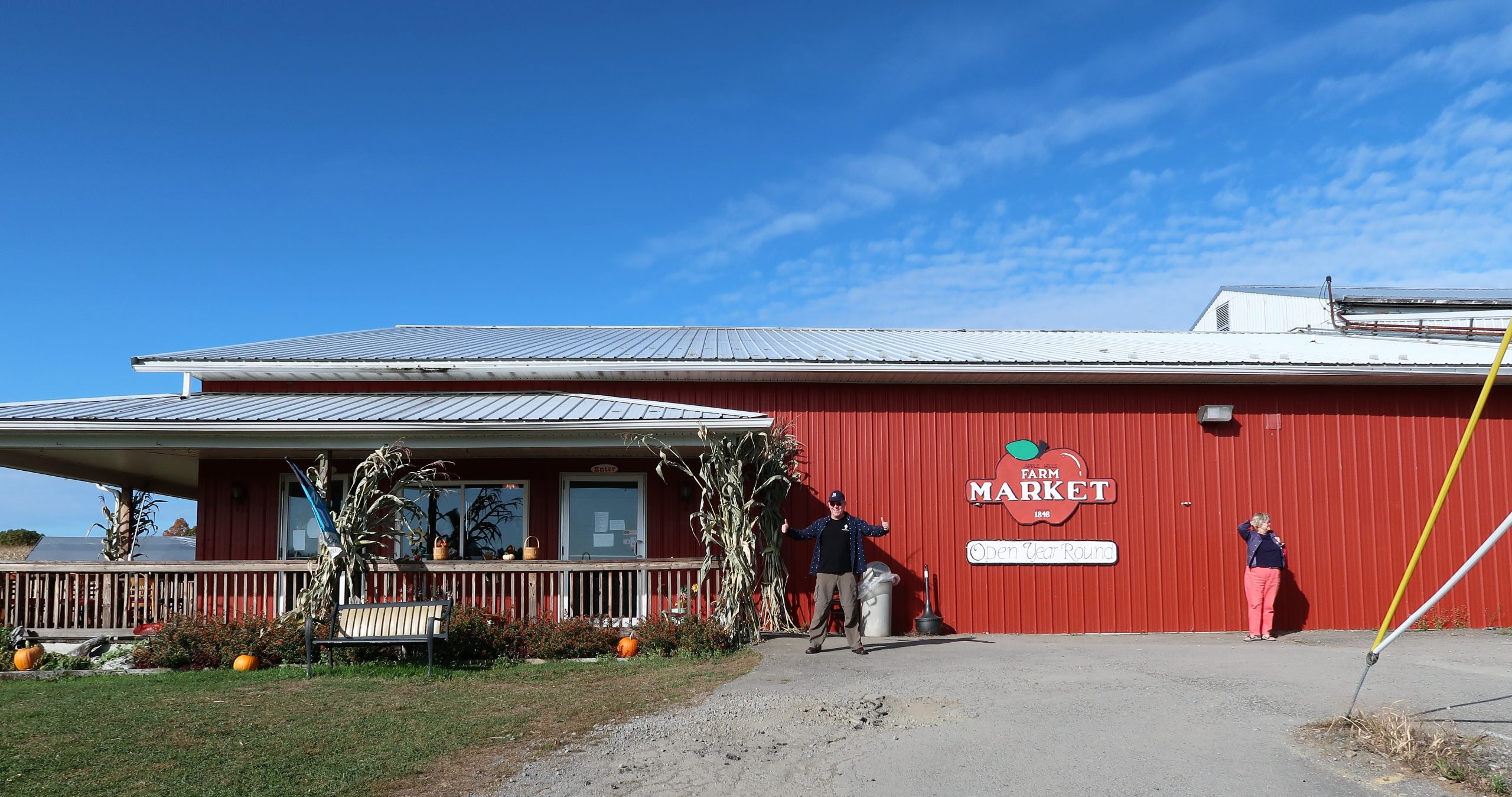 Apple Hills is the name of the farm, owned by the same family since 1848. The Apple Dumpling Cafe is the restaurant in the farm market.