Sometimes it’s the dog, other times it’s the garnishment. Garlicky, snappy-casing New York City franks are so good they need no adornment. Midwest coneys, however, are all about the package in toto: the franks themselves are rarely anything special, nor do they need to be. Success depends on how the dog, bun, meat sauce, mustard, raw, chopped onions, and, maybe, shredded cheese work together. It’d be pointless to order a coney with, say, just mustard. 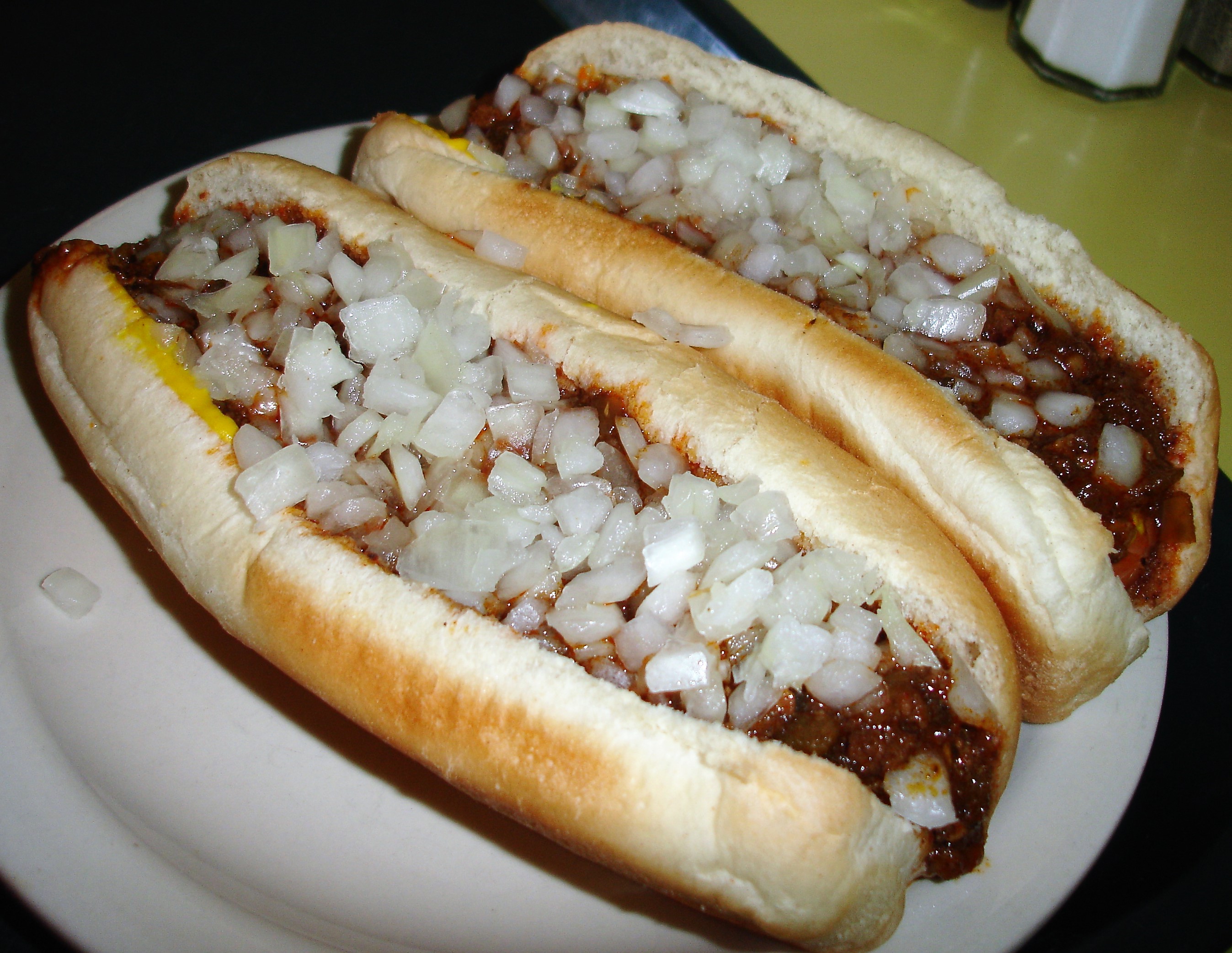 The coney sauce and dog cry out for crisp onions.

Seems that just about every Midwest city has a coney shop downtown, usually founded in the early part of the 20th century. Duluth had two, about four blocks from each other, until Original Coney Island closed earlier this year (2017) after almost a century in business. Deluxe Coney Island is still going strong. 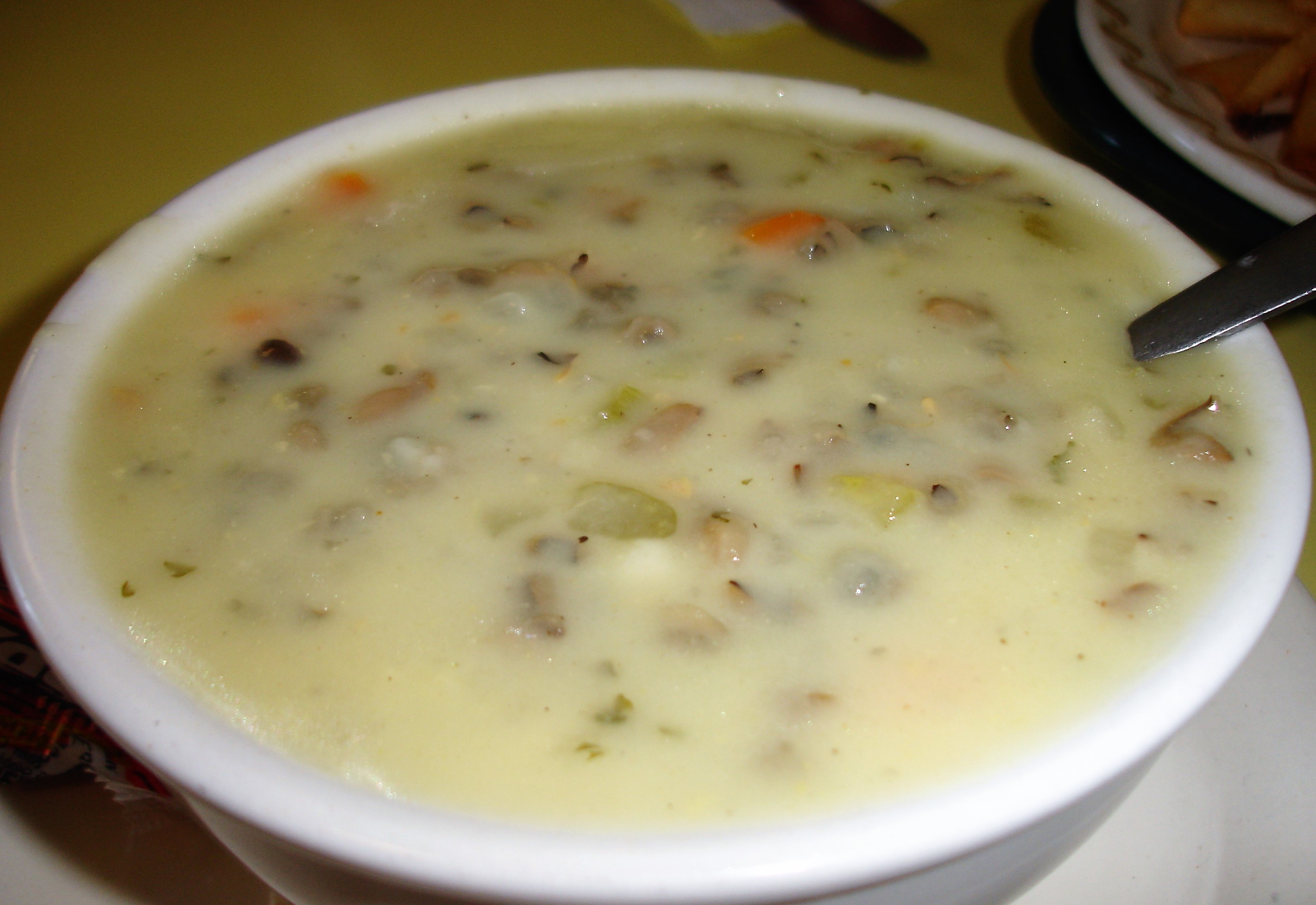 Deluxe, like most coney shops, has a very limited menu: coneys, burgers, and gyros, with fries, soup, and drinks on the side. There’s also ice cream and shakes and, interestingly, baklava. We love the meat sauce at Deluxe, dark and rich, without a hint of sweetness. It’s so popular that it’s not unusual to see customers leaving with pints, or even gallons, of the potion. 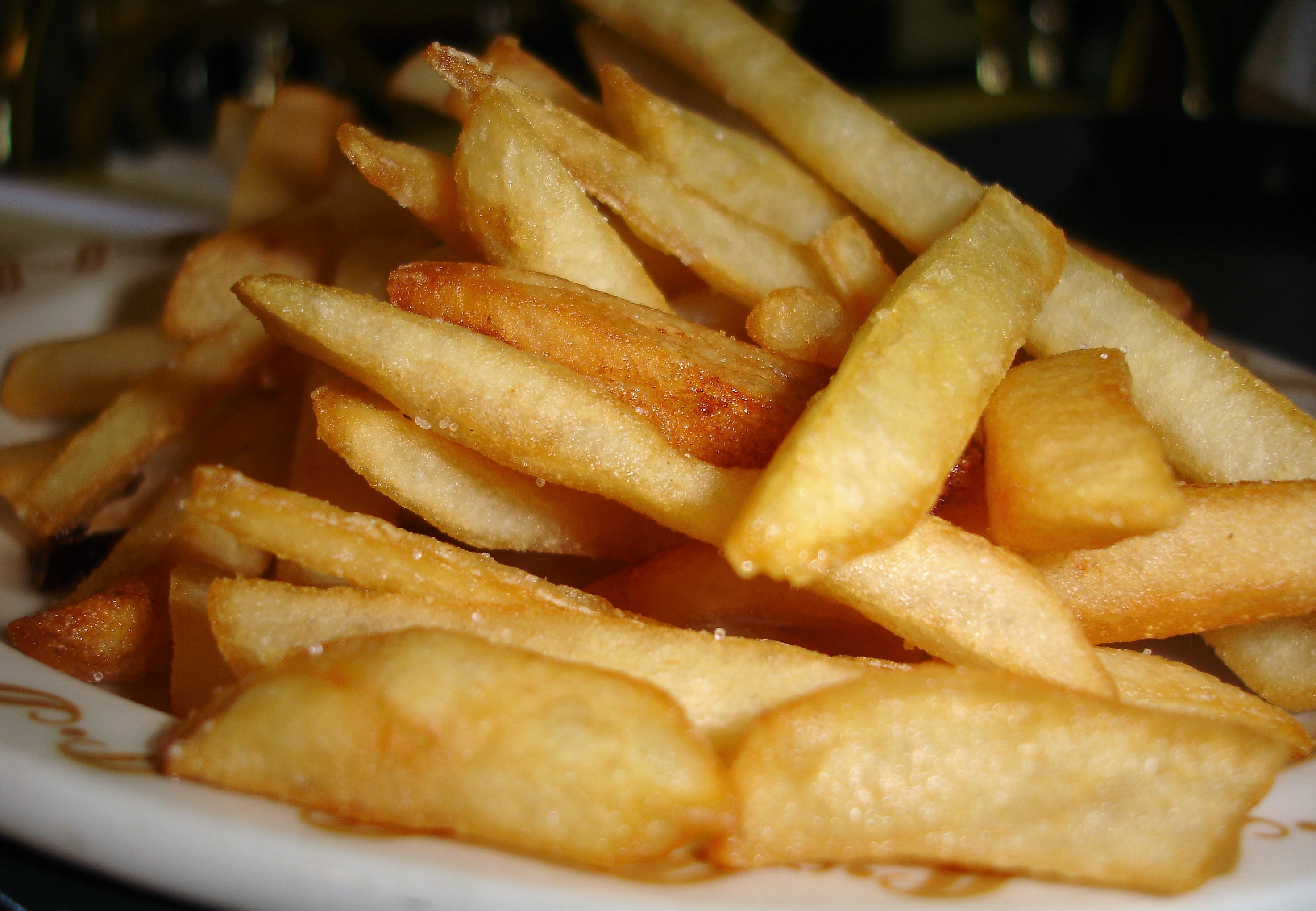 Unless you have a particular aversion to raw onions, we urge you to include them on your coney – the crunch and bite are just about an essential counterpoint to the pinguidity of a coney topped with sauce and mustard. Cheese, we feel, is optional. Some folks like to get their coney sauce on a burger. It’s a great combo, we’re sure, but one we’ll probably never try as long as the coney is on the menu. 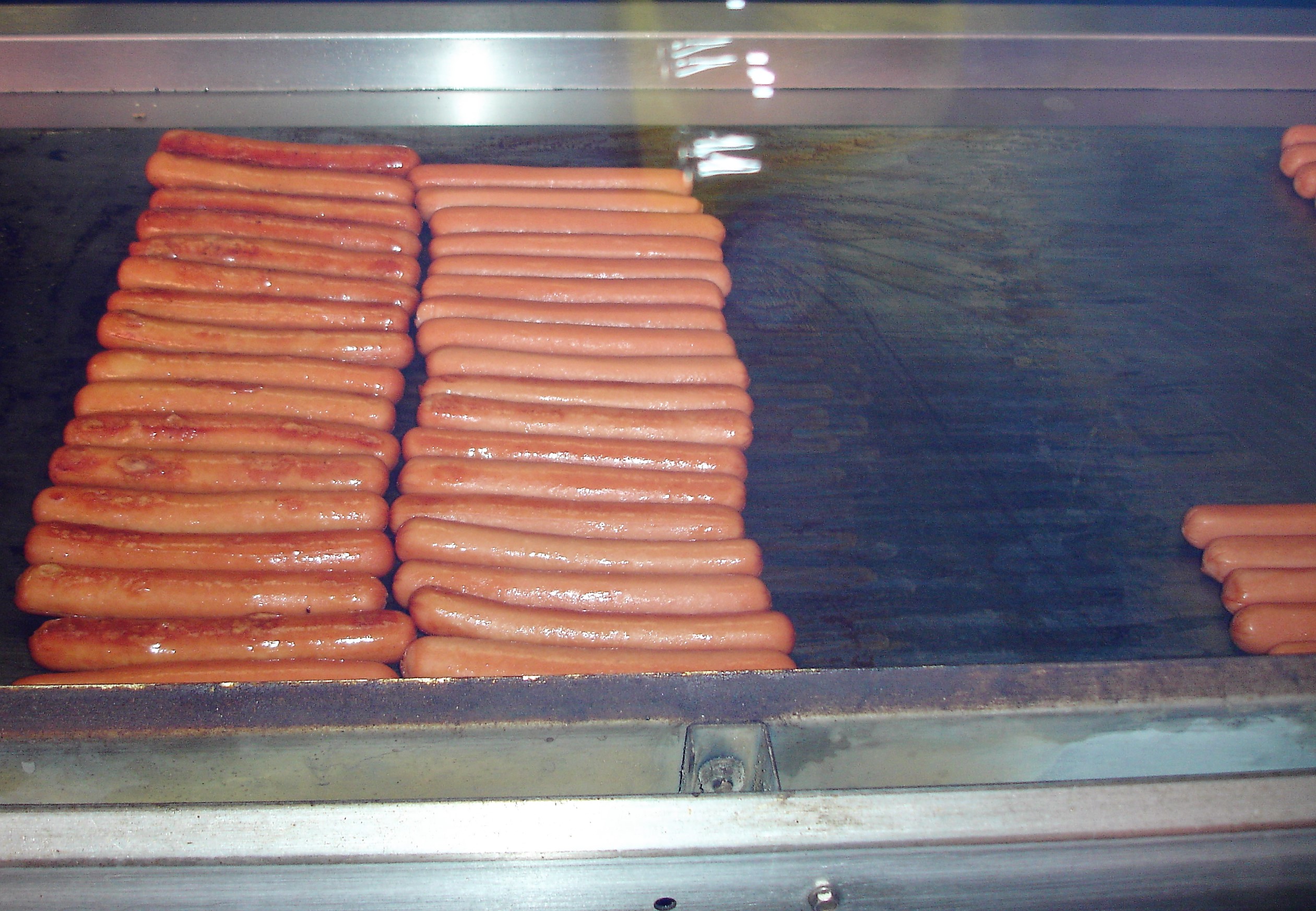 At this point, they are just hot dogs.

We have to put in a good word for Deluxe’s soup. They make a different brew each weekday: Monday is chicken noodle, Tuesday they make broccoli, Wednesdays they cook up wild rice, get there on Thursday to sample the vegetable beef, and Friday they ladle out cauliflower. 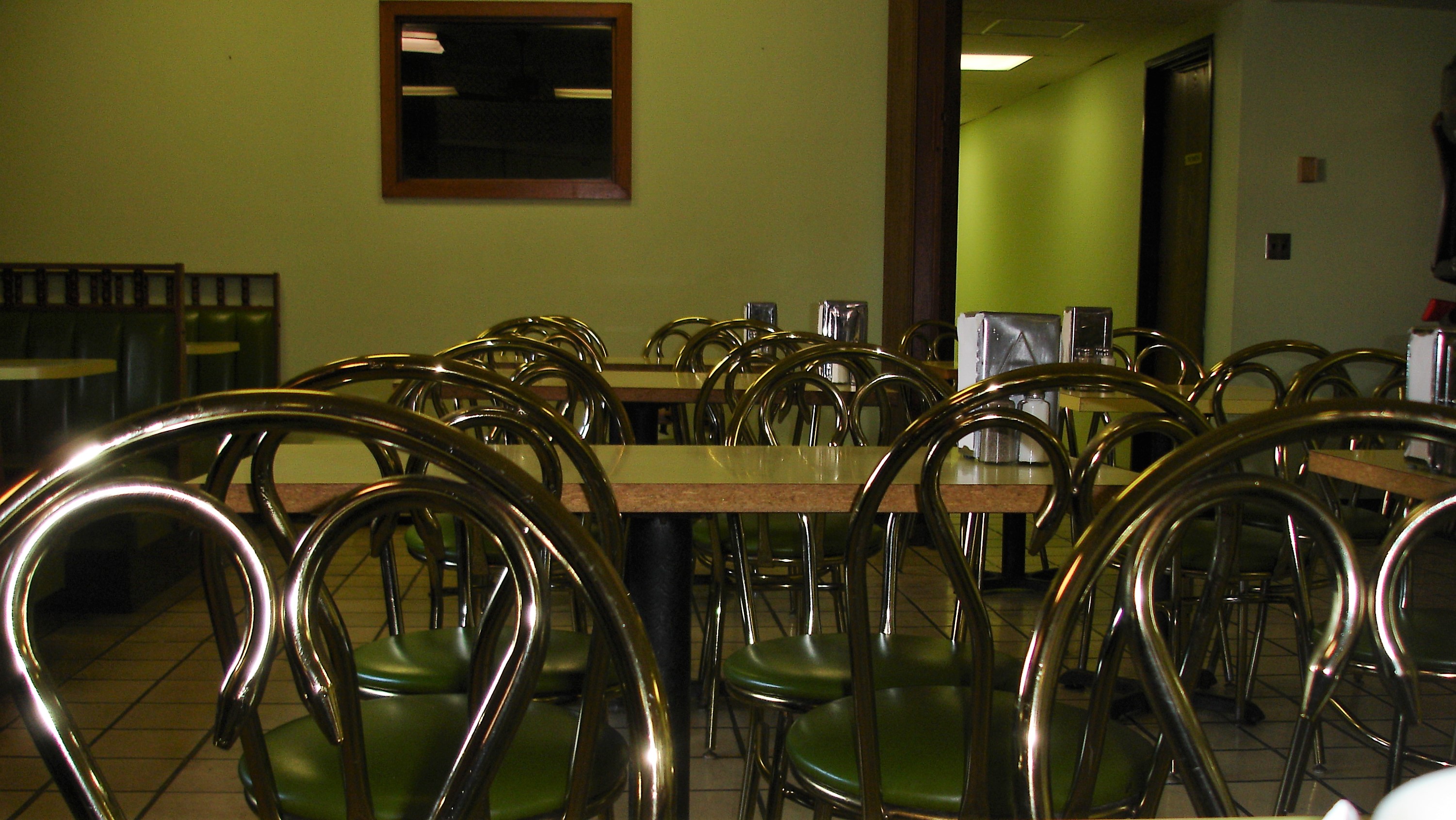 They keep this downtown coney joint in tip-top shape.

About that wild rice soup: you see it on menus all over Minnesota (the home of the edible grass seed), but it often comes off as a novelty variation of what is really some other soup. Here at Deluxe Coney Island, the lightly creamy brew is truly wild rice soup, and it’s the best we tried in our travels in The North Star State. We urge you to precede your coney lunch with a bowl if you find yourself there on the right day. 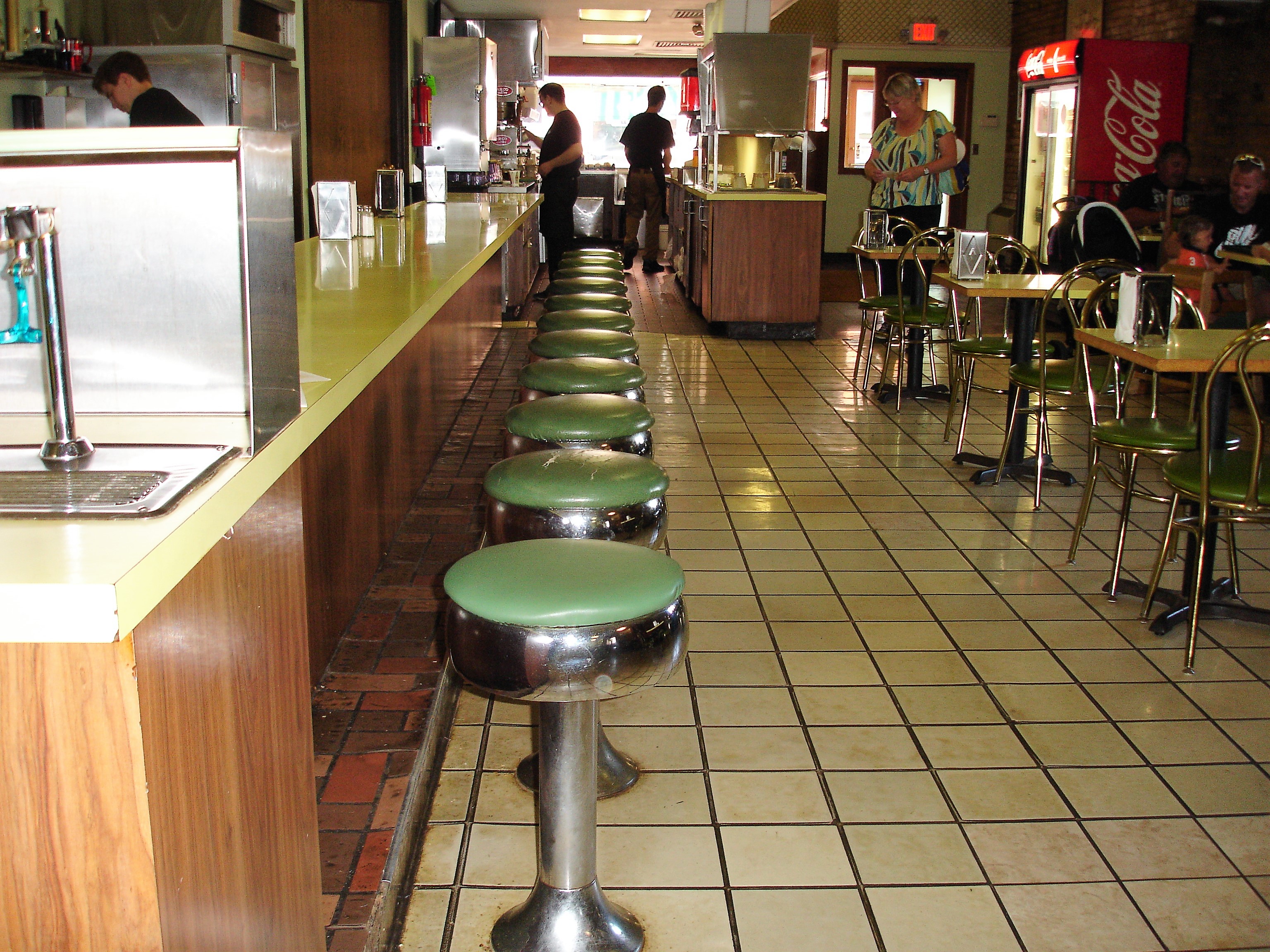 Deluxe Coney Island has been around, they say, since 1928, although it was once a couple of doors down 1st Street. They keep the place bright and spiffy, and there’s plenty of seating available. There’s little of that run-down urban pallor typical of similar such places in other cities. The help, seemingly like just about everyone in Duluth, are eager to please and friendly. 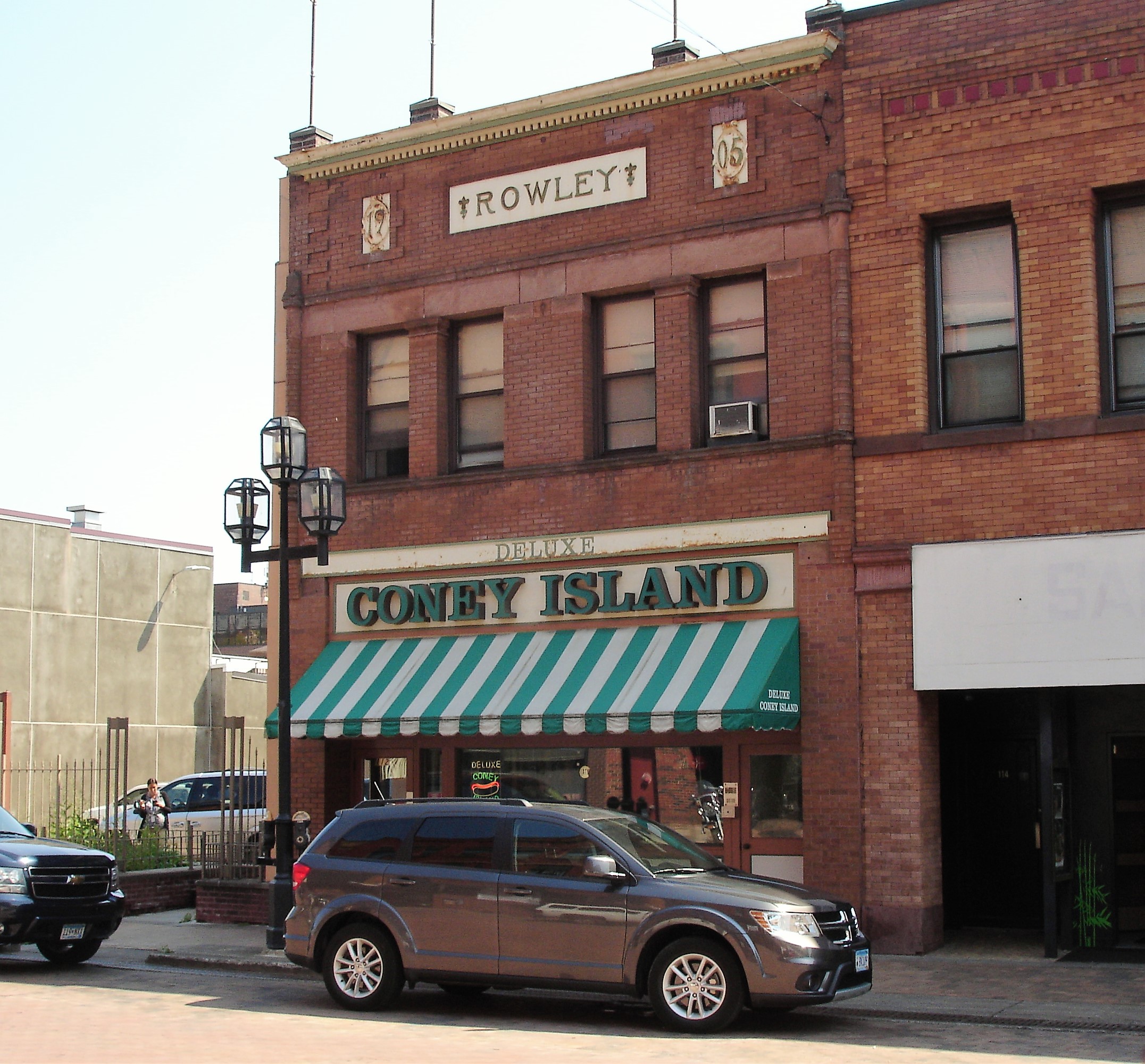 Deluxe Coney Island used to be to the left of their current home. Their former home is now a parking lot.

BEST THING TO EAT: Coney with mustard and onions