We have a weakness for drive-in style restaurants from the ’50s and ’60s. Gotta be the real thing, though. We can totally do without modern joints that try to evoke bygone times. We’re happy to say that Gordy’s Hi-Hat is exactly what we look for in a drive-in. Gordy (who turned 90 in 2017) and Marilyn Lundquist opened the seasonal restaurant in 1960 and they can still be found here today, working alongside their son Dan, who manages the drive-in. 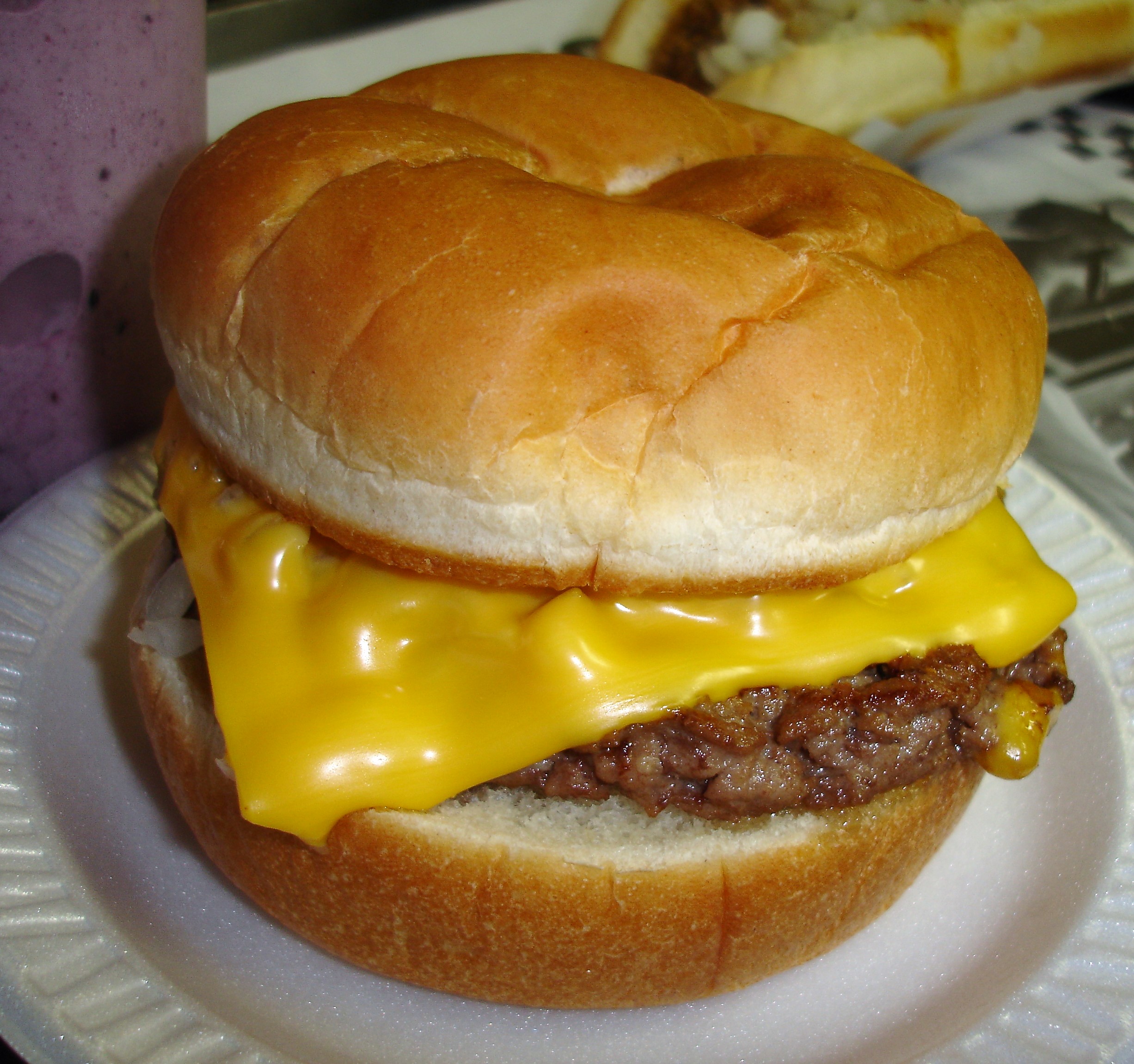 With buns this substantial, we think a double burger provides a better beef to bun balance than a single.

The Lundquists have, in some ways, kept up with the times; this is a business, after all, not a museum. But in many important ways, they still perform their act just as they did in 1960. Burgers are hand-formed each morning. Onion rings are sliced from fresh onions and hand-breaded. The fish for the fish and chips is cut and breaded daily. 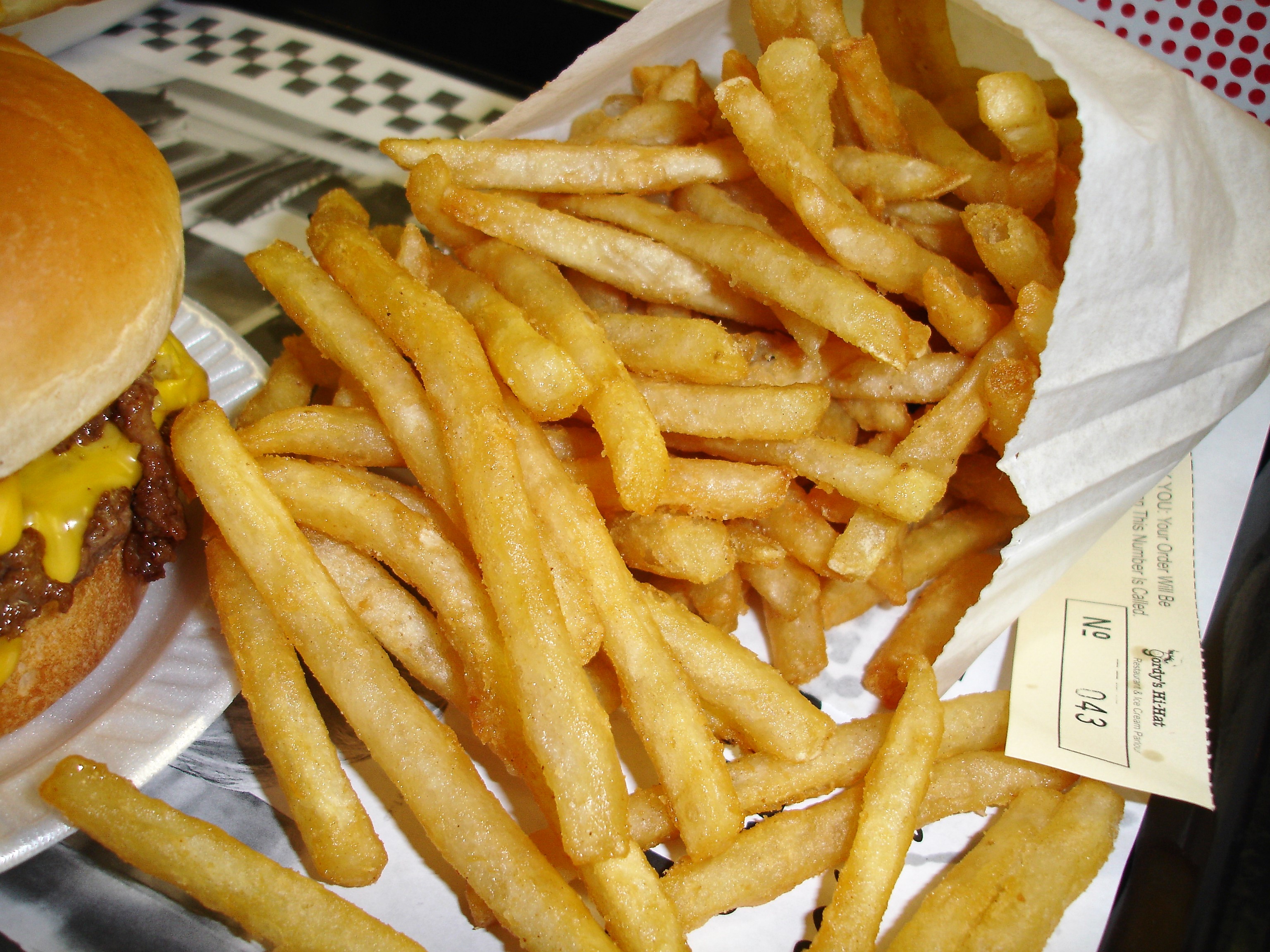 A regular order of fries is plenty for two of you.

Those burgers are surely the highlight of the menu. They are thin enough, and the bun is substantial enough, that we recommend getting them in a double configuration, preferably with cheese and fully dressed (which here means pickles, ketchup, mustard, and onions, either grilled or fresh). Bacon, if you want it, is added generously. This is far from fancy-ass beef, mind you, but the burgers have that quick-eats savor that is long gone from the big burger chains. 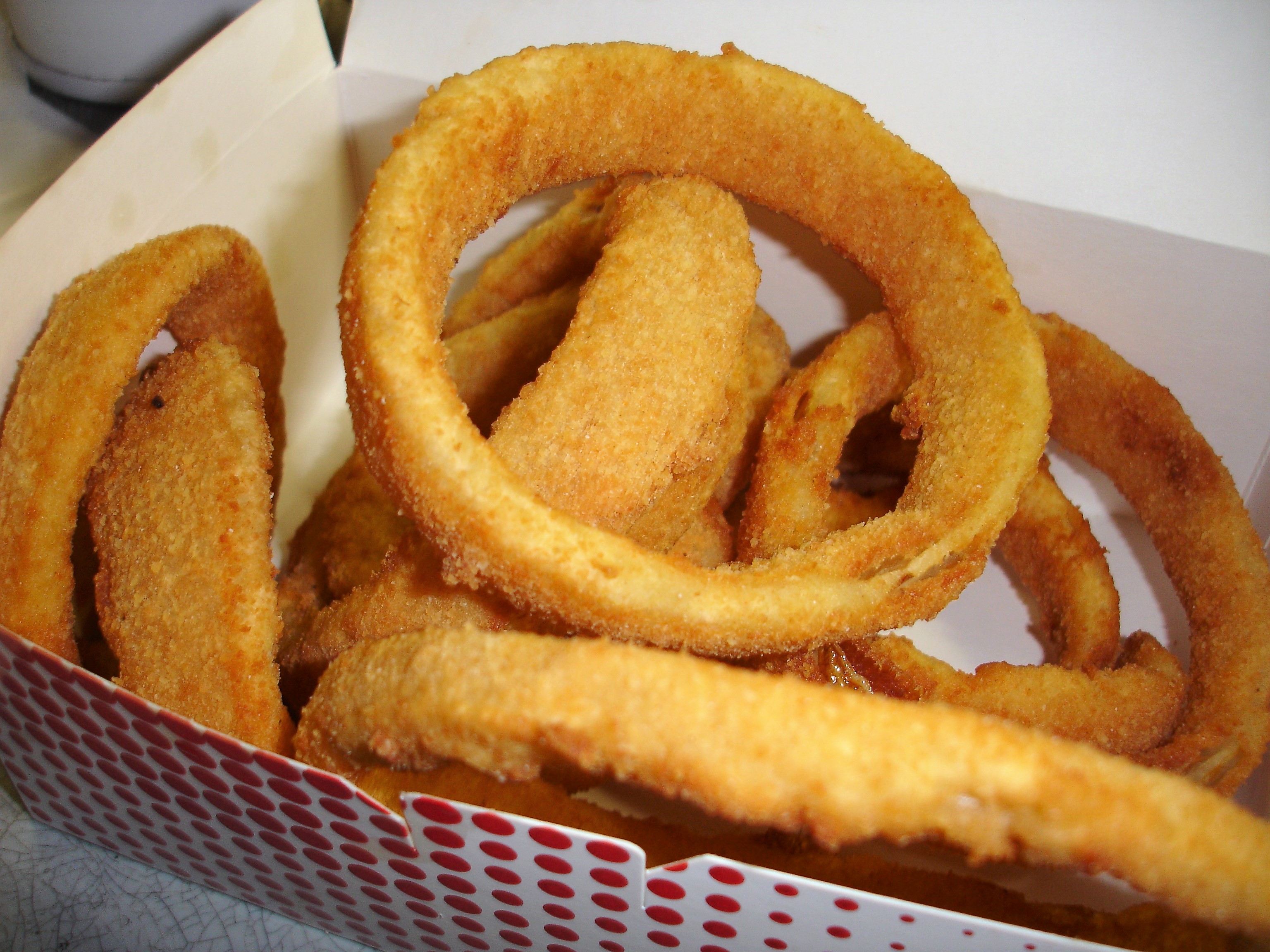 Onion rings are hand-cut each morning, then battered AND breaded. They are crunchy and remarkably grease-free.

The fish and chips is highly regarded – on a Friday night you’ll see just about every table with at least one order. Shakes are blended to order; the fruit shakes are flavored with fresh fruit. French fries, which long ago were cut from fresh potatoes, are now of the frozen starch-coated variety, which promotes crispness (and, of course, convenience) at the cost of potato flavor, but they are not bad, and they come in enormous portions. A regular serving will suffice for two of you, with fries to spare. 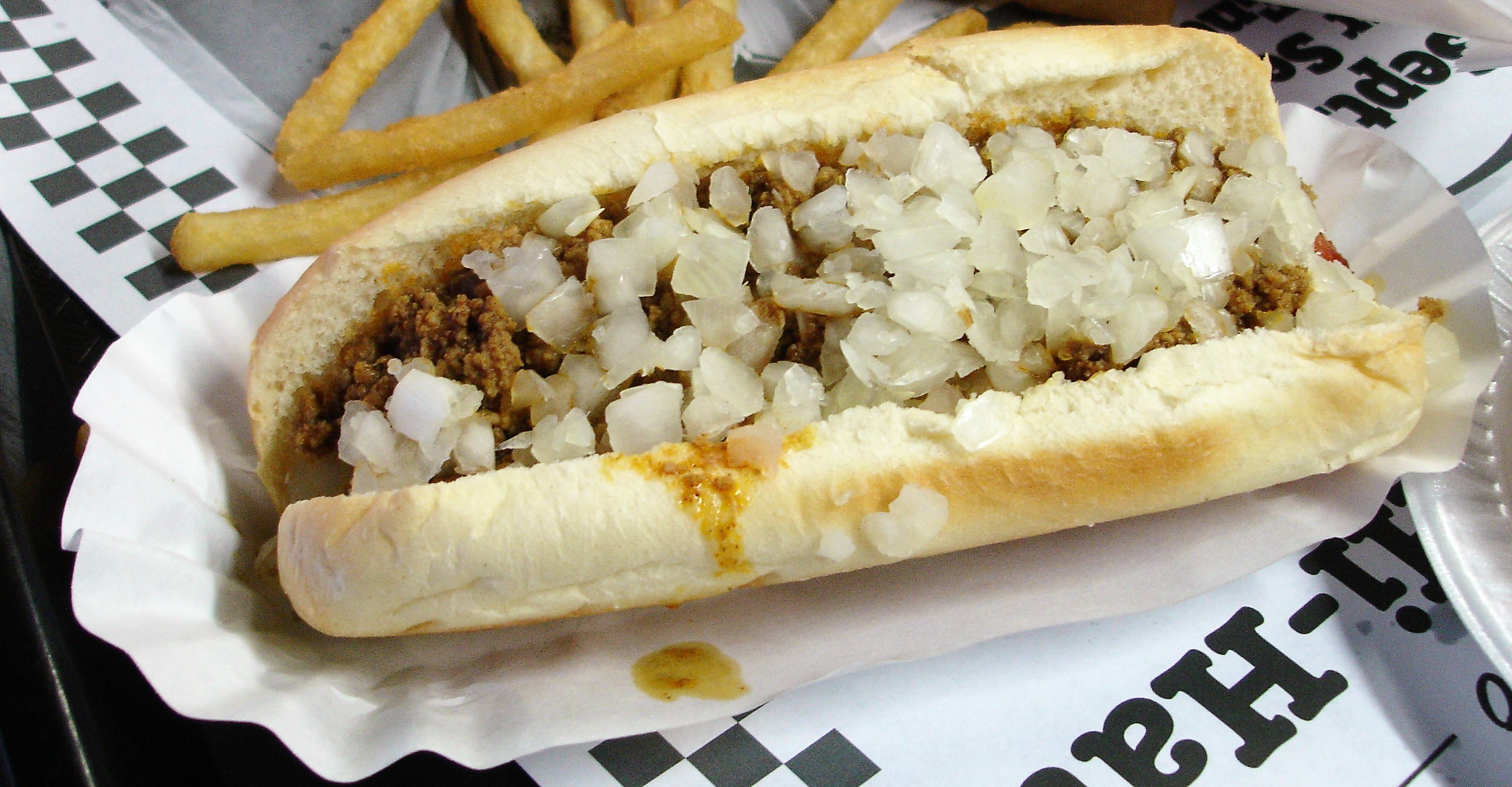 There is seating indoors, outside on their covered deck, or under umbrellas. Oldies make up the soundtrack to your visit. Order at the counter from the kindest, most genuinely friendly people you’re likely to ever meet in a restaurant of any sort. They’ll call your name when the order is ready. 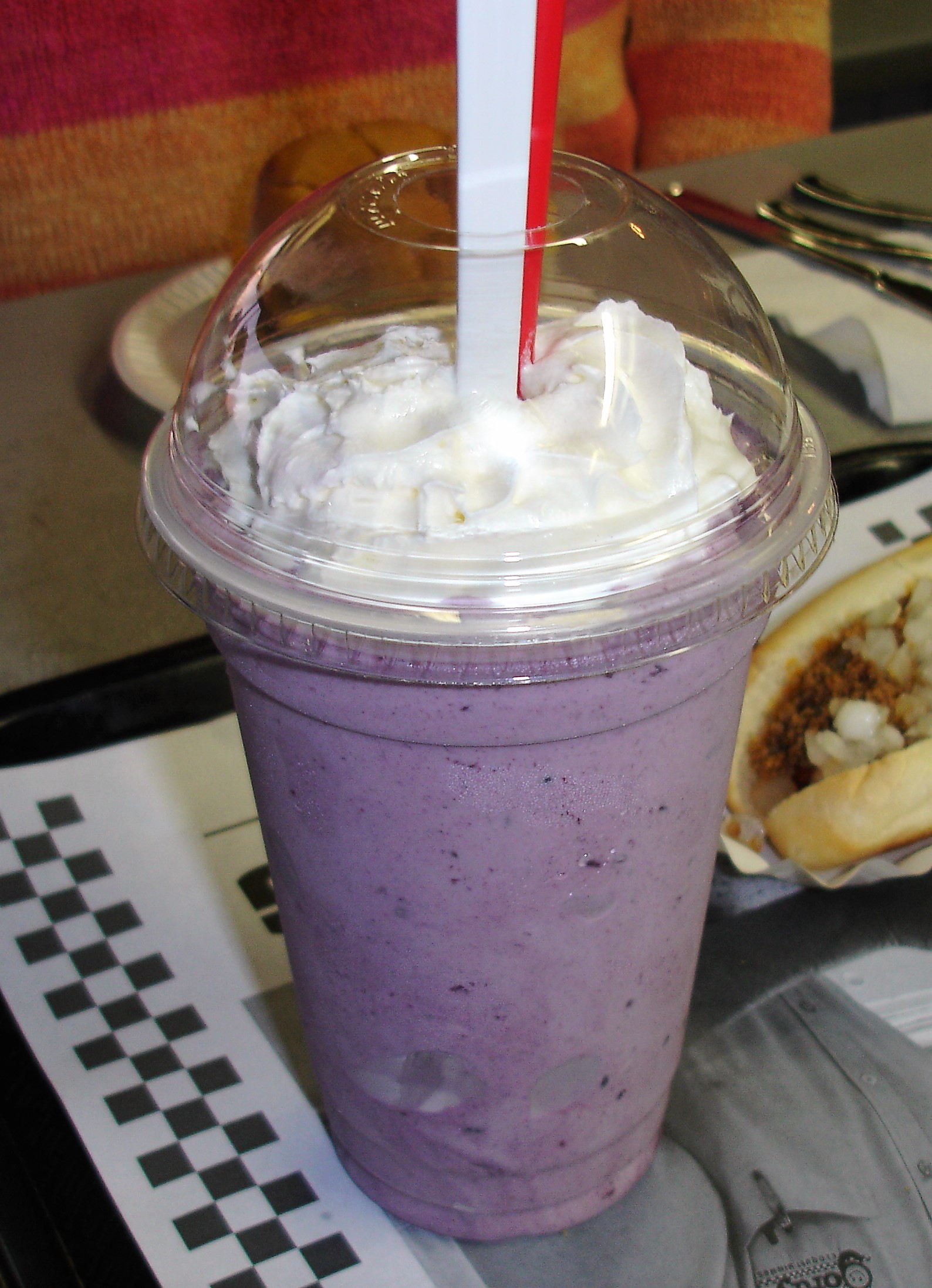 We had high hopes for the blackberry shake. The deep color, the straw that clogs with chunks of blackberry… but there was, to our tongues, at least, a total absence of blackberry flavor. Perhaps this batch of berries was just lacking. Who knows?

Be sure to note their daily specials. In particular, Tuesdays bring the coneys down to $1.49 apiece and Thursdays are when you can nab the double cheeseburger for $3.99 (2017 prices). If you’re not from around here and are not used to the relatively early closing time for restaurants in these parts, be aware that Gordy’s closes at 830P every night. 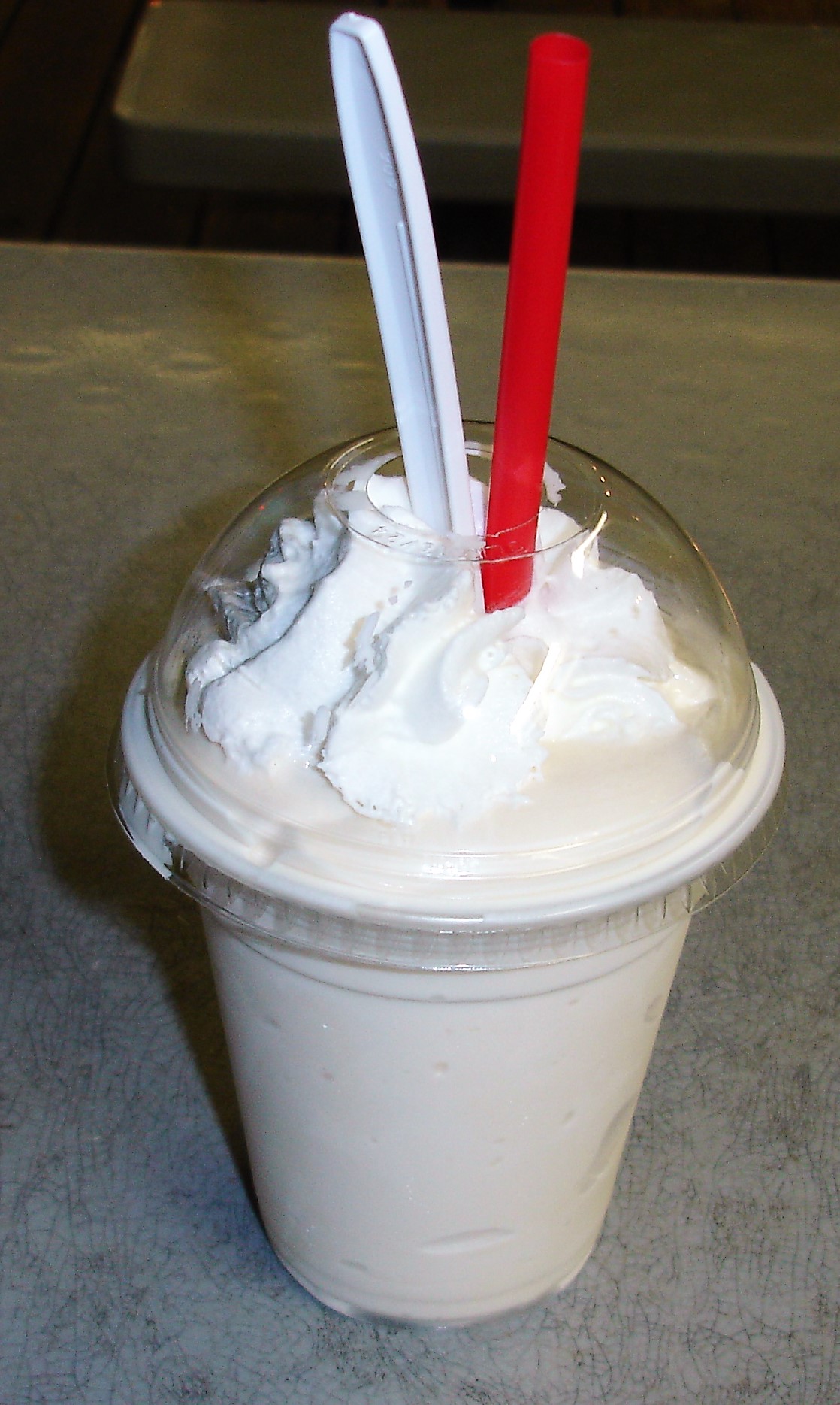 We much preferred our butterscotch shake to the blackberry version. Extra credit to Gordy’s for using extra-wide straws for the shakes and malts!

As we noted above, Gordy’s is seasonal. Local fans eagerly await the announcement each year of Gordy’s opening date; in 2017, they opened on March 22nd, which is positively un-springlike in North Country. They close near the end of summer and, in fact, as we post this, they are already done for the season, having shut down on September 17th. 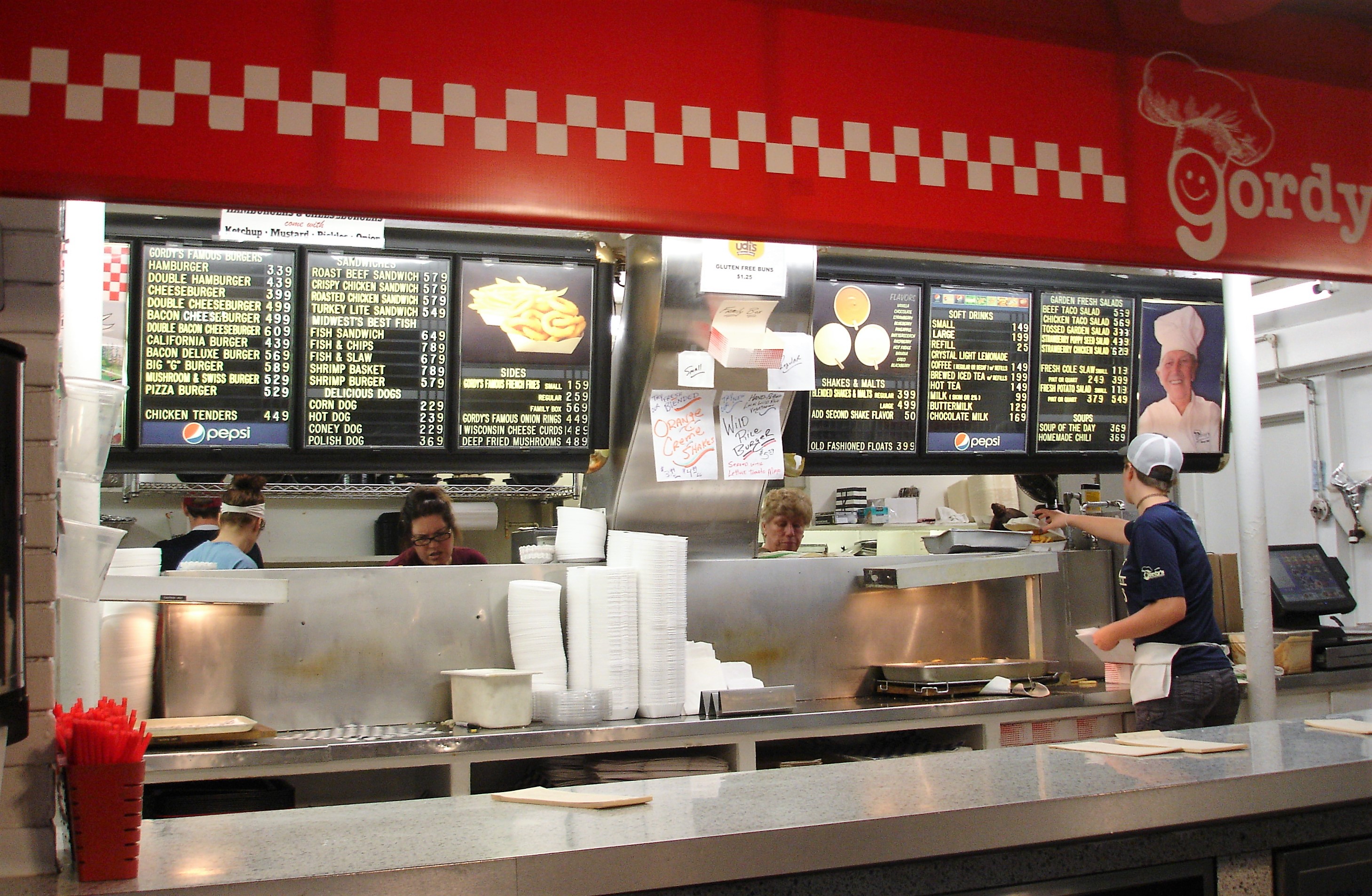 You’ll find some of the nicest, most helpful order takers at Gordy’s Hi-Hat. 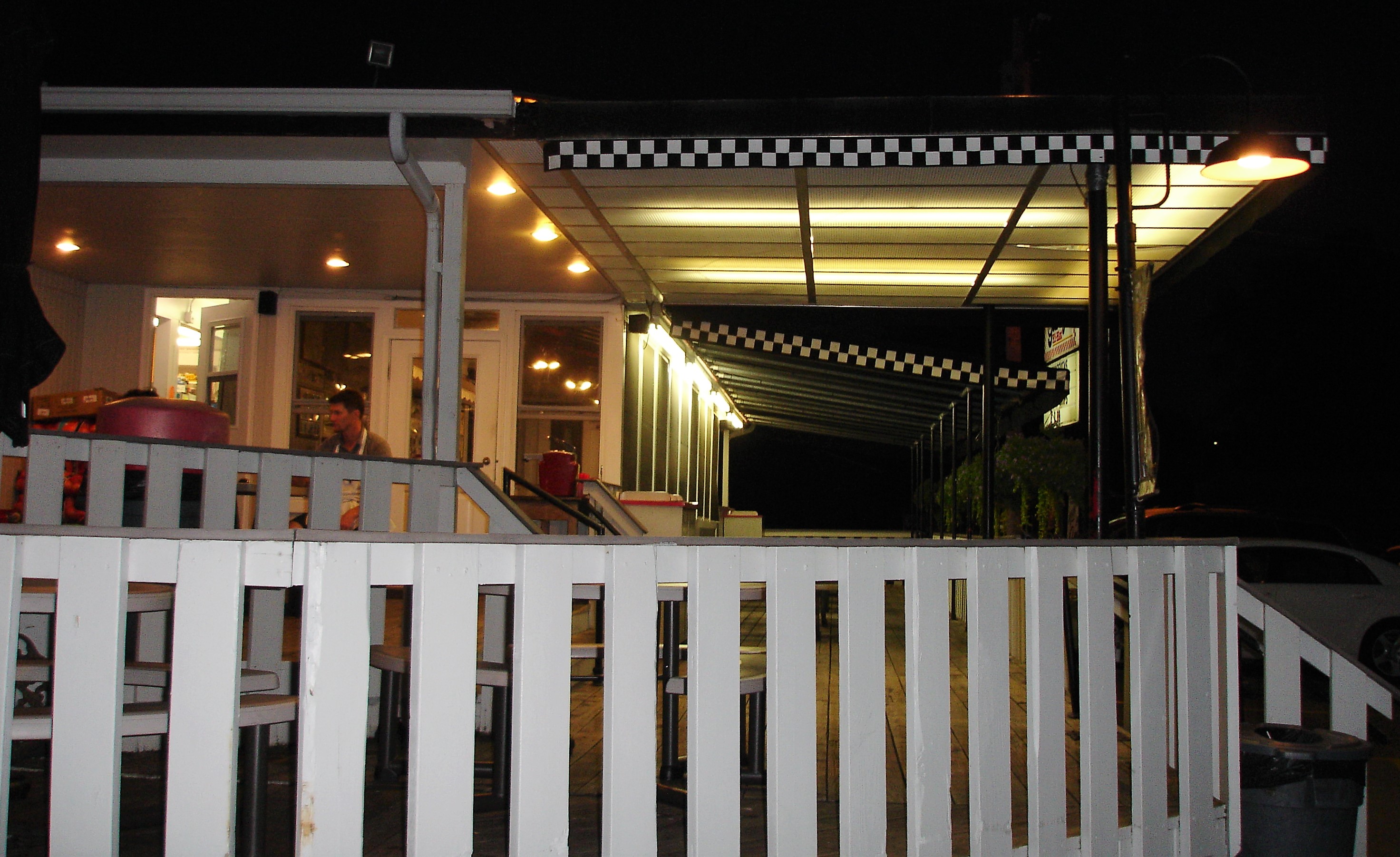 BEST THING TO EAT: Double cheeseburger with the works

Gordy’s has been doing it the old-fashioned way since 1960. 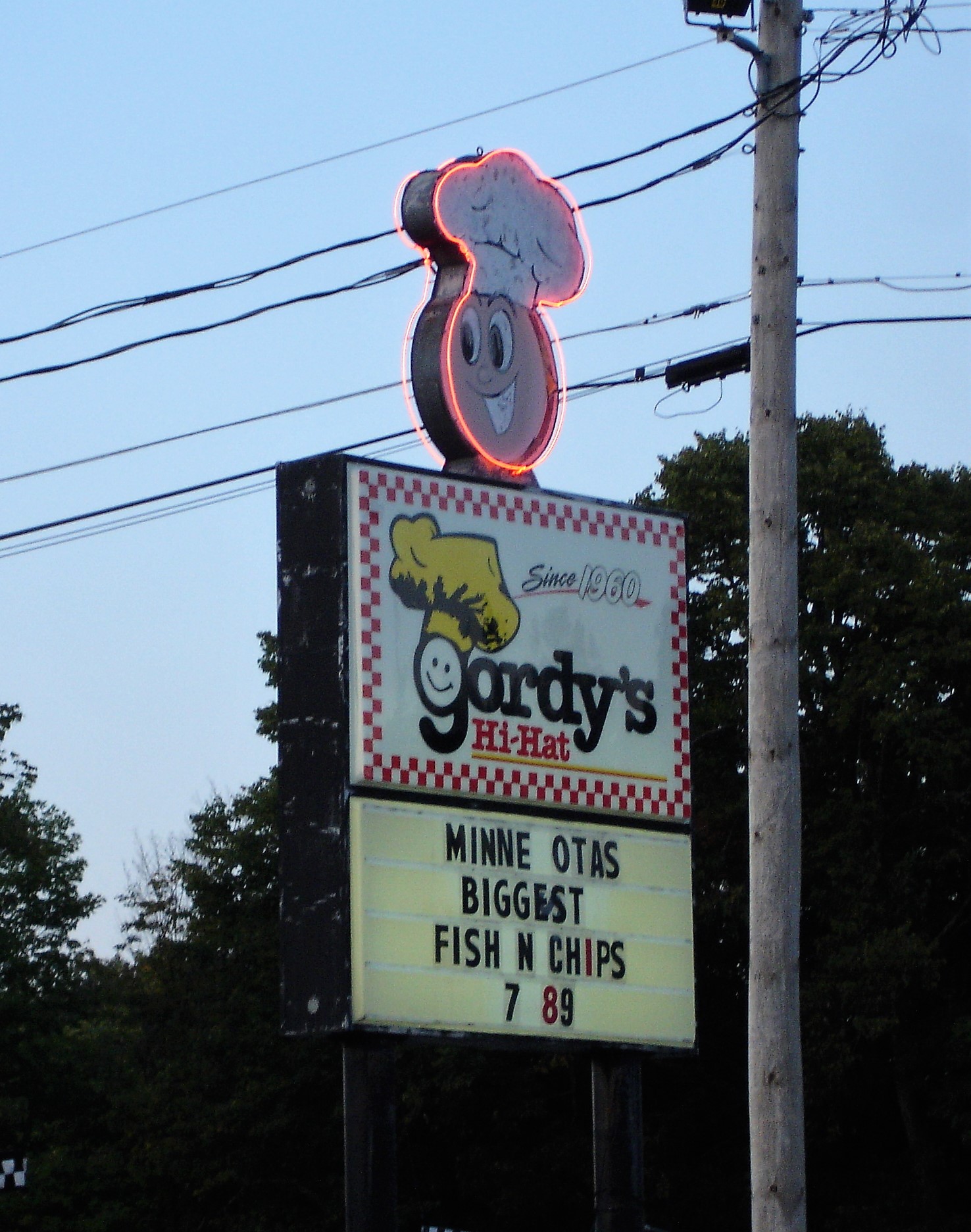