We visit brewpubs all over the country but rarely eat in them (and, therefore, rarely write about them). While we love craft brews the food in the pubs is fairly predictable: at best, hearty pub grub like burgers, sausages, fish and chips … Nothing wrong with any of that, mind you, and the execution is generally OK, if you stick to the less ambitious selections. But interesting food? Yawn. Trap Rock is one brewpub that smashes the mold. 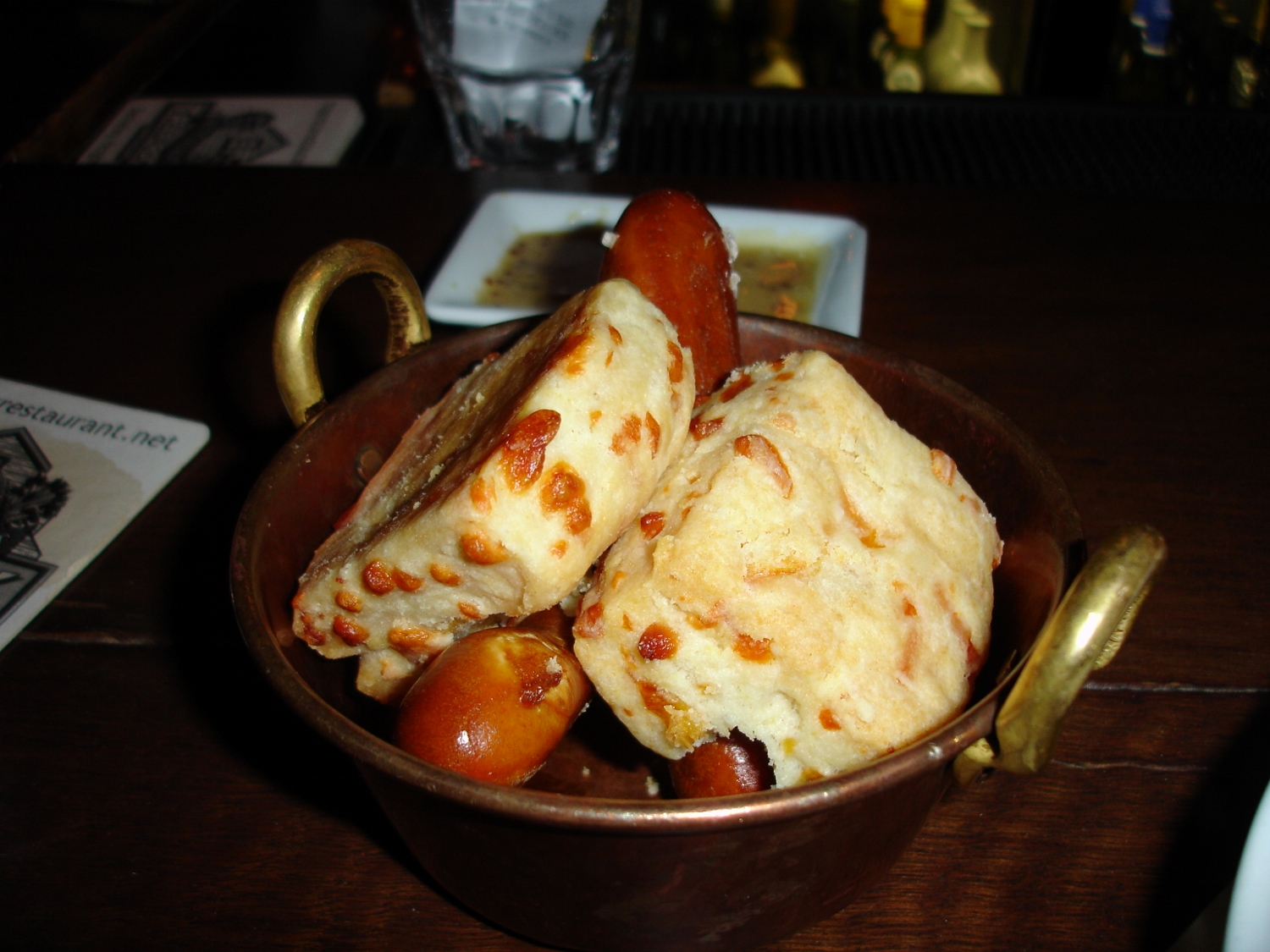 We love the fresh, hot biscuits in the bread basket.

To begin with, it’s not really a brewpub at all, but a restaurant that brews its own beer. And this restaurant/brewery has valet parking and prints a new, seasonal menu each day, with entree prices on our last visit averaging about $26. The menu is peppered with artisan-this and house-made that and, at Trap Rock, it’s not just puffery. There really is some skill in the kitchen, both in the procurement of provender and its preparation. There’s always a House Made Charcuterie plate that included, on one visit, a country terrine, duck liver mousse, salami diablo, duck rillettes, soppressata, toast, pickles, chutney, and mustard. There are usually two soups on the menu, and we’ve never been disappointed by any of them, especially a recent chipotle black bean soup topped with some cheddar. 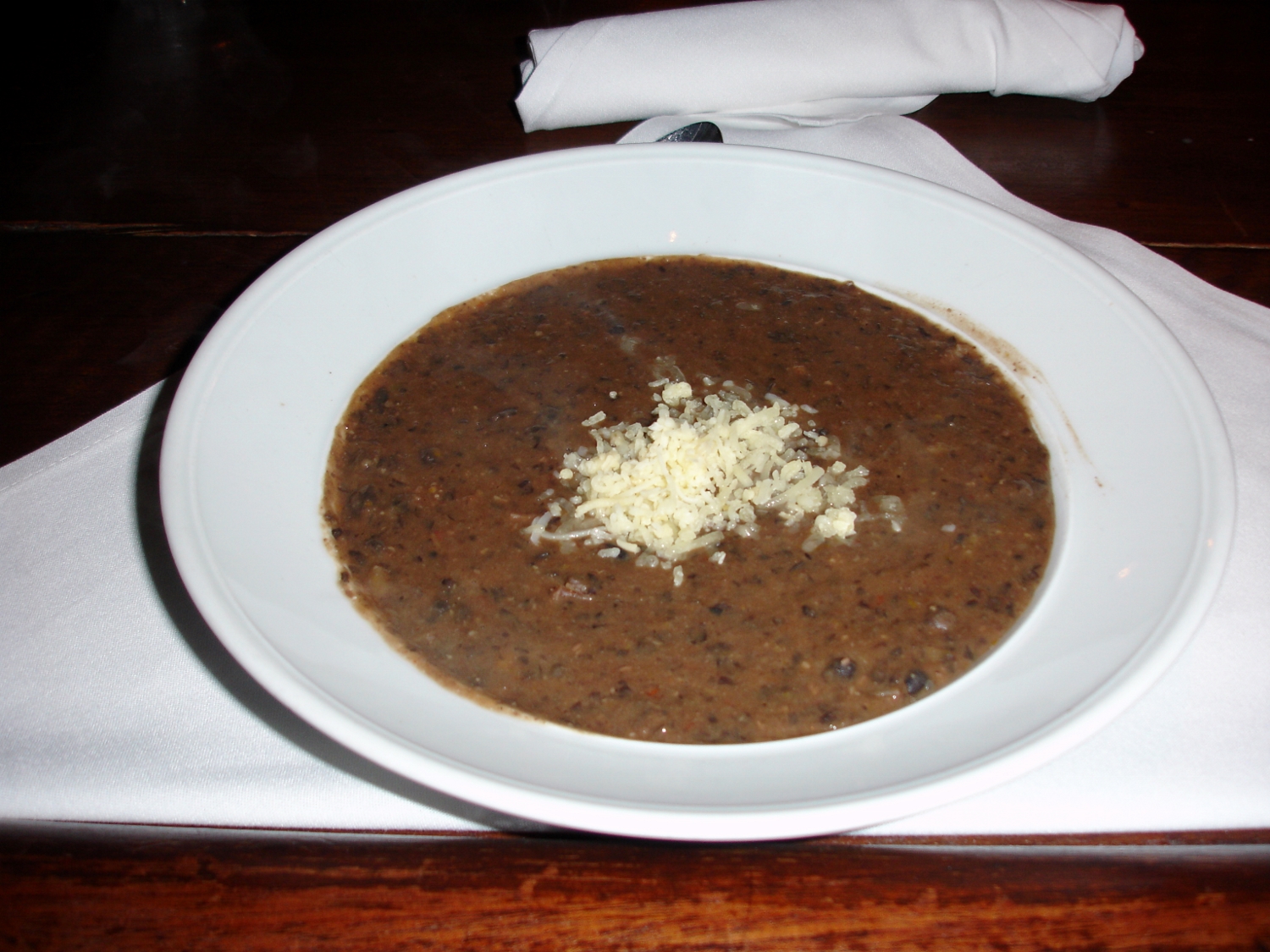 The fried Bell & Evans chicken breast, served sliced over a cheddar waffle and topped with maple sausage beer gravy, is a crowd-pleaser, and is apparently always on the menu. We’ve also enjoyed some seared tuna, as well as the Lowcountry Shrimp and Grits made with Castle Valley Mills corn and their own tasso. And the lamb roulade, a sliced sirloin stuffed with olives, sun-dried tomatoes, and feta, served on a bed of hummus, and napped with a light herb and wine sauce, though done a smidge more than we would have liked, boasted a lamb of intensity to stand up to the other punchy flavors on the plate. 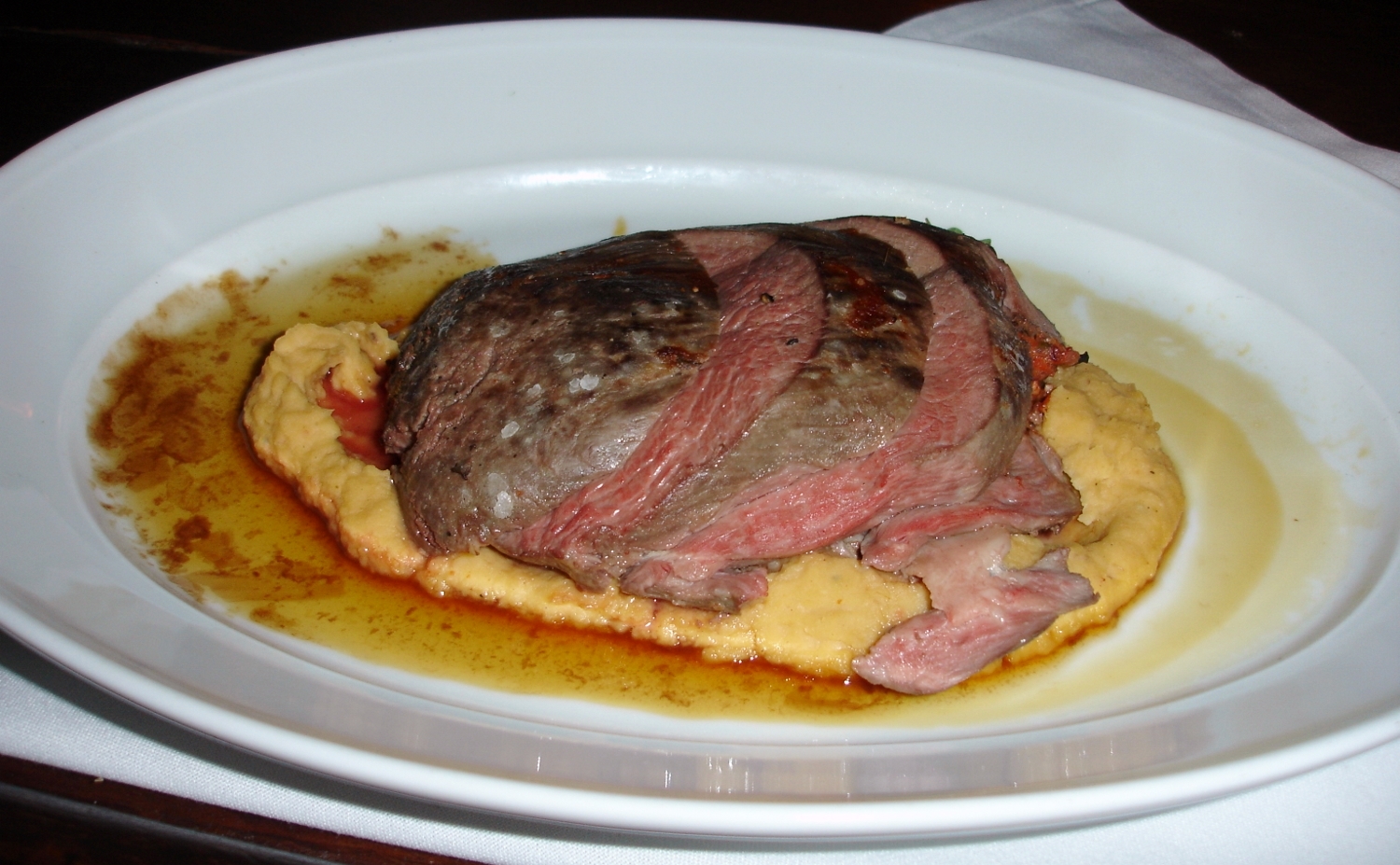 So here’s the upshot: after all our preaching about the boring food to be found in brewpubs, and how Trap Rock excels at real food, we have to admit that our favorite dish on the menu is the house burger. The garnishes that sit atop the grass-fed beef may vary a bit, but the beef itself is always crusty, perfectly juicy, full of beefy savor, sandwiched between bun halves that would be worth eating without the meat, and sided by a cone of salty, crisp real fries served with a rosemary aioli for dipping. Our last burger was topped with caramelized onions and a Welsh cheddar made with local ale and mustard seeds. Fantastic!