On April 11th, a fermenter over-pressurized overnight and exploded, rupturing a gas line and blowing through the wall to the outside of the restaurant. Thankfully nobody was injured, and the fire department arrived in time to shut off the gas before it had a chance to ignite. Trap Rock managed to reopen for dinner that night but they have not been able to brew beer since. Repairs to the brewing system are ongoing. This was our first visit to Trap Rock since the accident, and everything seemed as it always was. 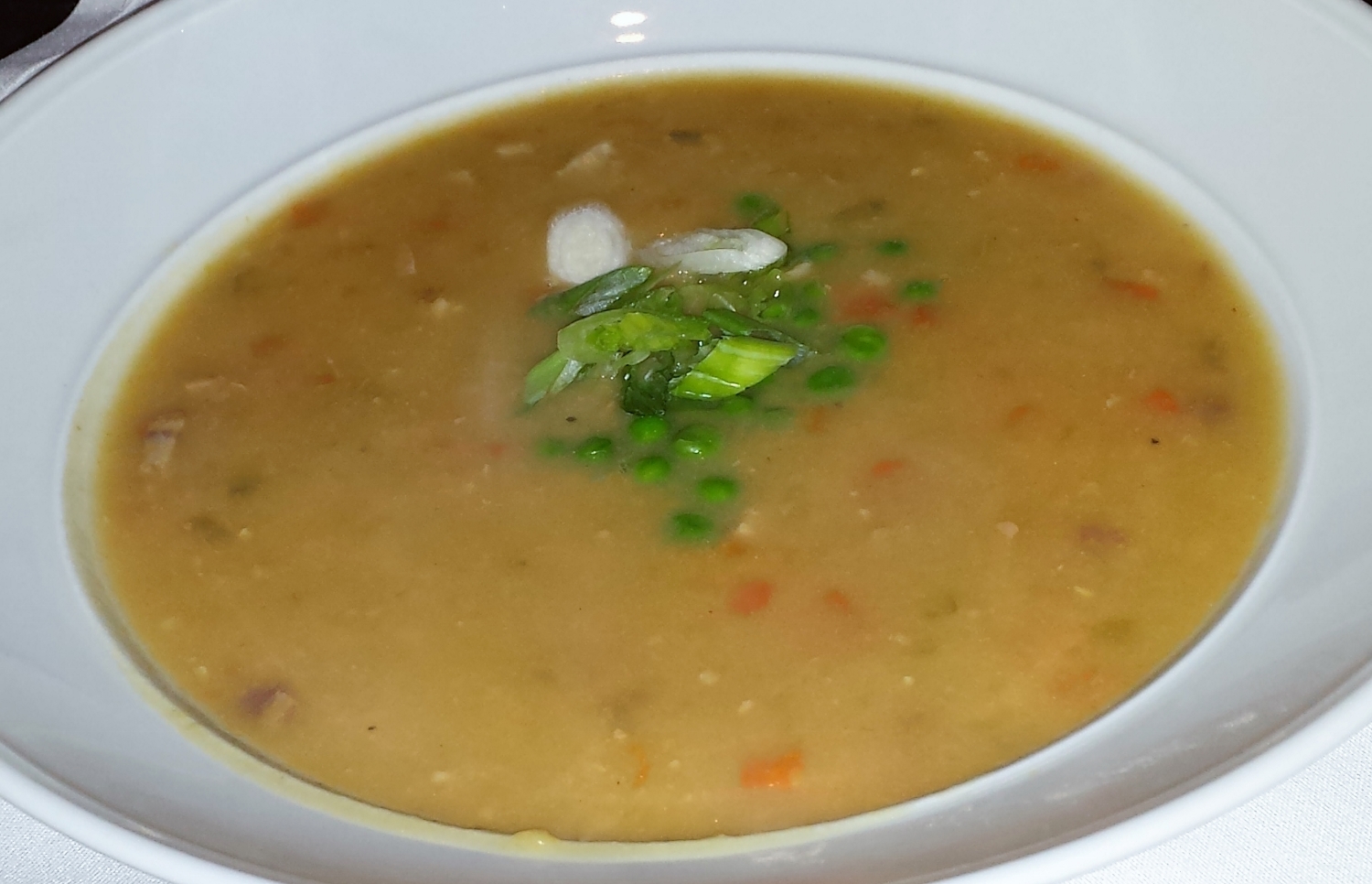 The chef managed to turn a cold-weather dish, Yellow Split Pea Soup, into a light and appropriate springtime potion. It is laced with sweet green peas and bits of some kind of cured pork, and topped with sliced green onions.

Curiously, they even had all their beers on tap. We don’t know much about commercial brewing but how do they do that? How long does beer sit in the tanks before it’s sold? We imagine that they will eventually hit a shortage, as they have not made any new beer in a month. Anyway, we enjoyed a Kestrel IPA (Sue’s preferred Trap Rock brew) and a JP Pilsner (named after a customer). The Pilsner had a rather funky nose but that very familiar Czech Pilsner taste. 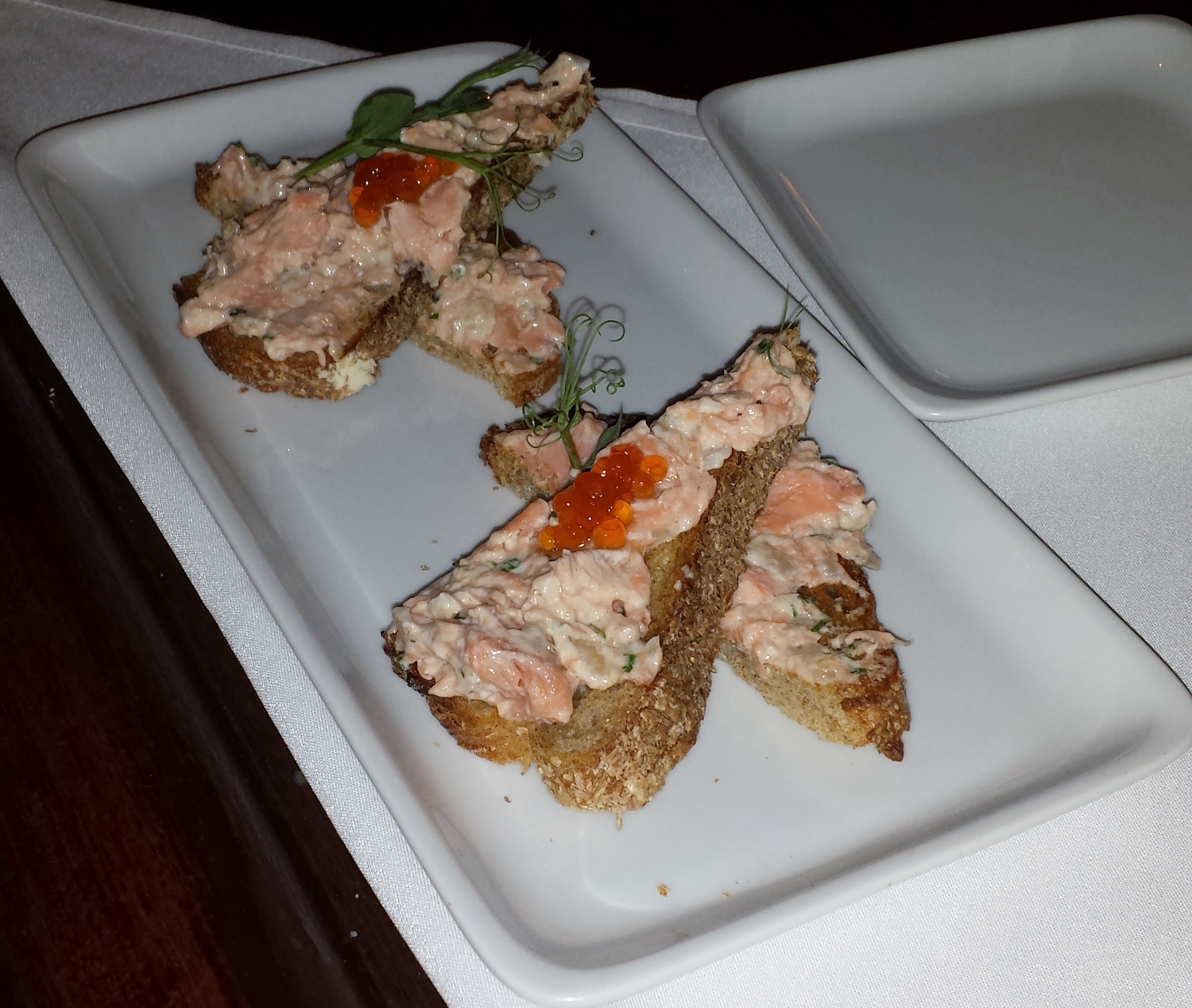 They smoke “craft raised” salmon from Skuna Bay on Vancouver Island and turn it into a dip, which is spread on toasted ale bread and topped with salmon roe. Great party food! 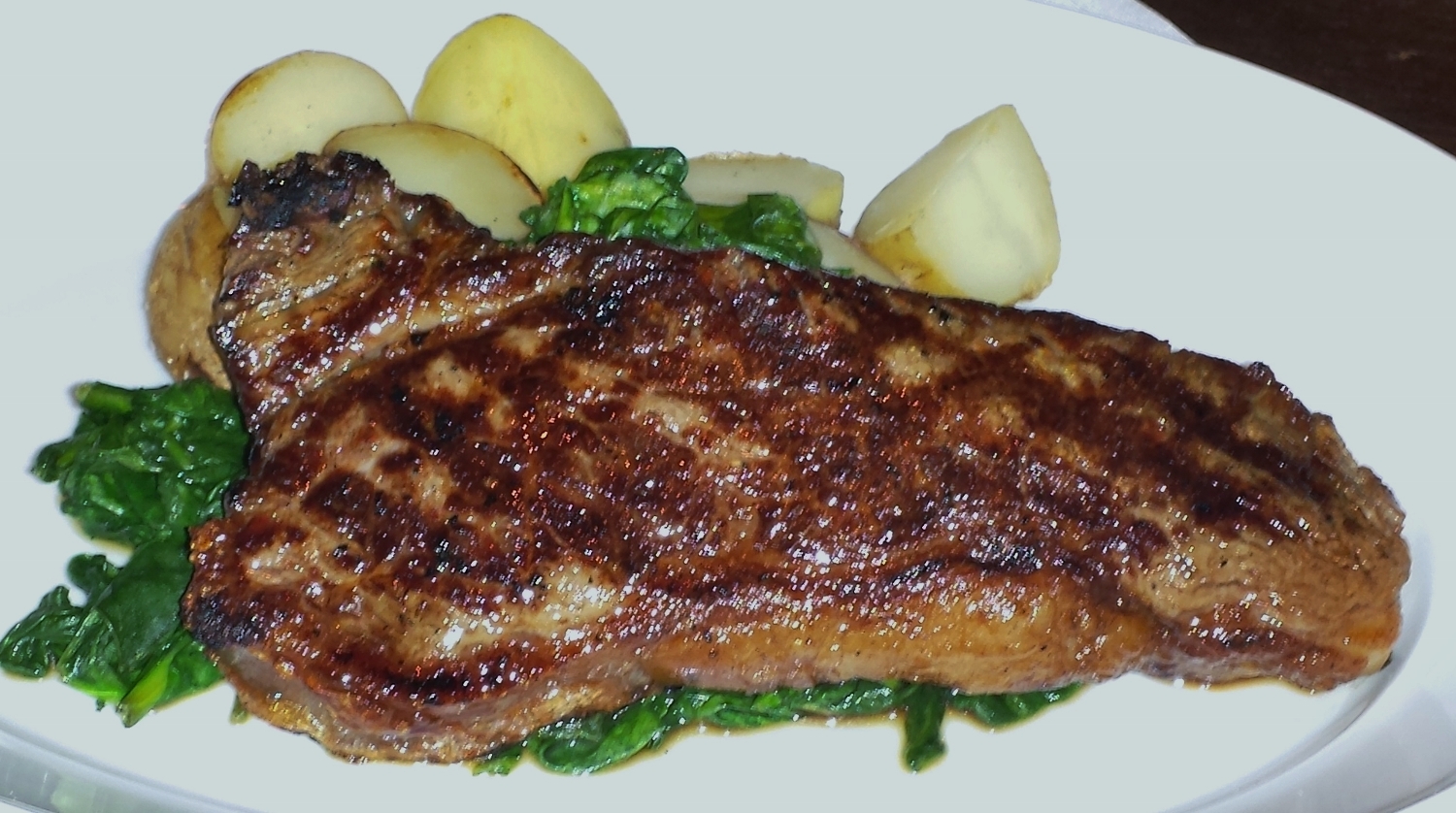 About as close to spa cuisine as a strip steak can get – the unseasoned (unfortunately) steak rests on a pallet of unadorned sautéed spinach and what were supposed to be roasted new potatoes which seemed steamed to us. The steak, the potatoes (quite sweet, as new potatoes often are), and the spinach were all of high-quality if a little too geared to an ascetic. We didn’t notice that the menu noted that the steak would be accompanied by Roots Steak Sauce (Roots is a steakhouse in Ridgewood), so we also didn’t notice that it was nowhere to be found. Too bad, it might have livened things up. 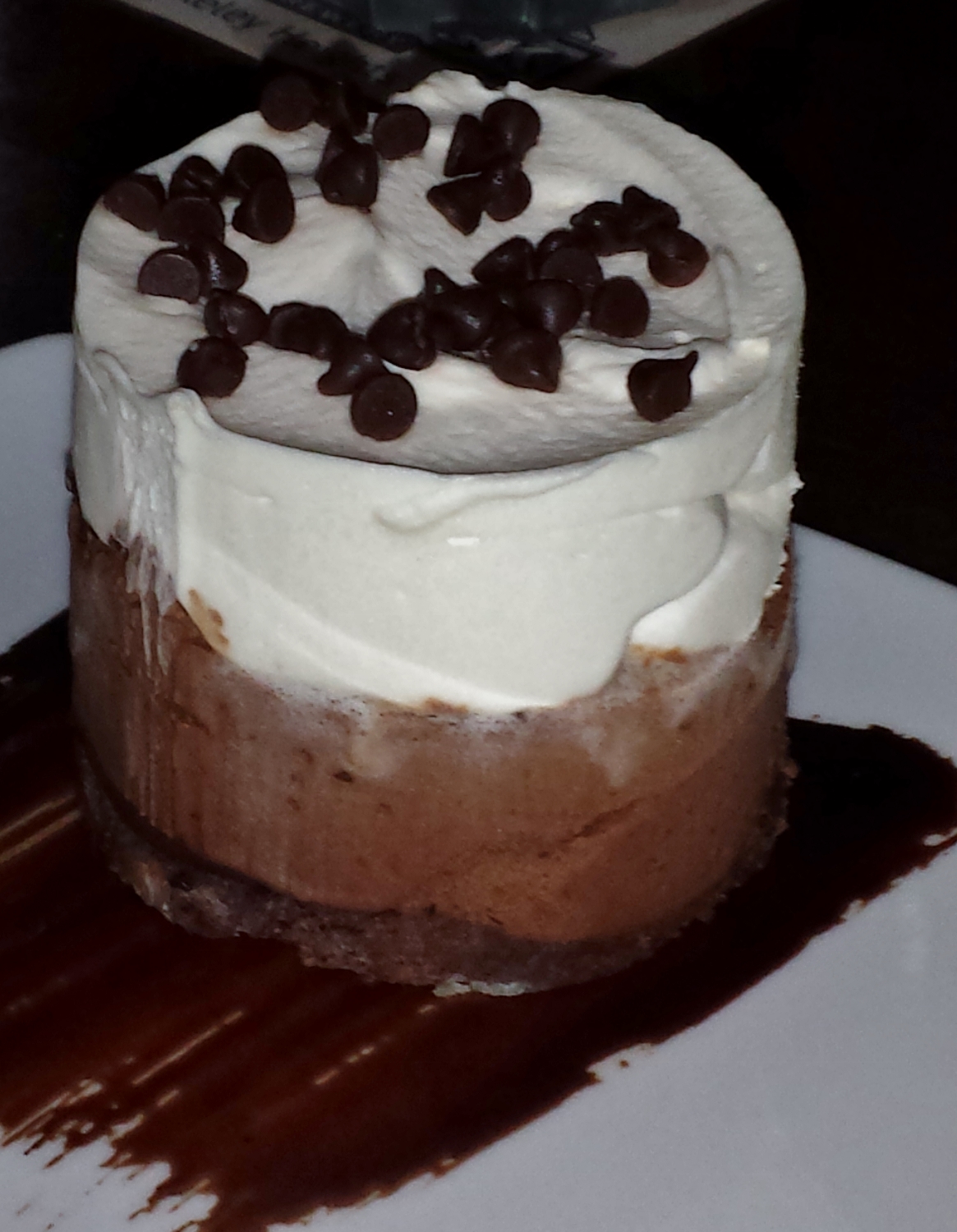 An elegant take on a Mississippi Mud Pie, based on mousse, with plenty of crunchy cookie bits, and turned into a molded parfait

Berkeley Heights, Checking In At