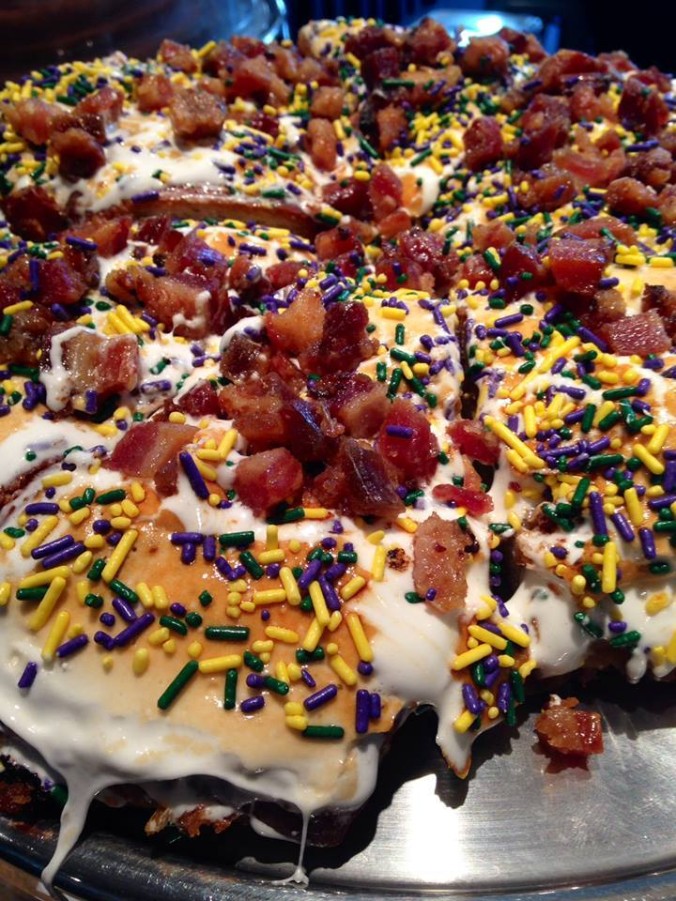 The Cafes of Old Story WY

Is the Bar the Best Dining Seat in the House?

King cakes, those garishly/festively iced and colored rings of cinnamon pastry popular in the days leading up to Mardi Gras (Tuesday, February 17th this year), have a very long history in New Orleans. But king cakes based on “The King” have a much shorter history. They were invented by Cochon Butcher in New Orleans, and feature a filling of bananas and peanut butter, with a toasted marshmallow and candied bacon topping! Now that’s the sort of excess The King would appreciate. An Elvis King Cake will run you $40. Order in advance (for local pickup – we doubt they’ll ship, but you can always ask).

The Cafes of Old Story WY 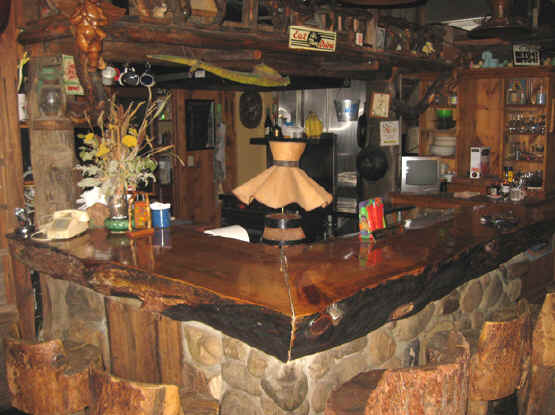 The former (and much-loved) Waldorf A’Story deli and general store closed several years back and can now be rented out as a guest house, complete with full commercial kitchen and dining room!

Here’s an event sure to appeal to all of the culinary anthropologists out there. On Sunday at 1:30 p.m. the Story (Wyoming) Historical Society will be hosting a free presentation to be given by longtime Story resident Jerry Johns on the old cafes of Story. Those include the Story Lodge, Mountain View, Pine Nook Inn, The Rendezvous, The Village Inn, Mama Bears, and the Waldorf A’Story deli. If anyone who reads this goes we’d love to hear about it!

Is the Bar the Best Dining Seat in the House? 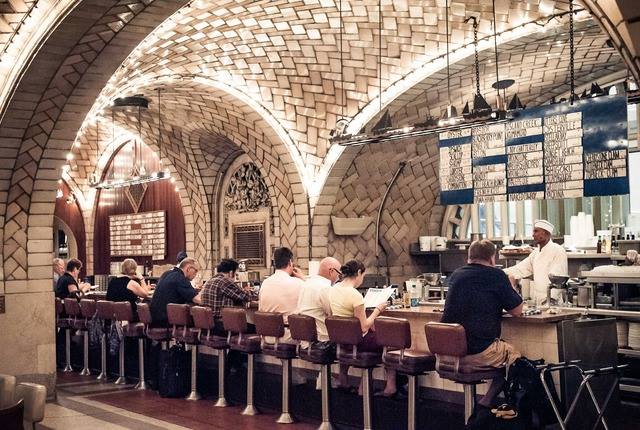 The oyster bar in Grand Central Oyster Bar in NYC

Read Chef David Chang’s treatise on why the bar is often the best dining seat in a restaurant, even (or especially) at an upscale one. We tend to agree, particularly when it’s just the two of us for dinner. In fact, we’re semi-regulars at the Trap Rock in Berkeley Heights, NJ and we’ve never dined at a table there. And David Chang is right, if there’s a right angle in the bar, as there is at Trap Rock, that corner is the holy grail of restaurant seating. Four or more, tables are generally preferable. 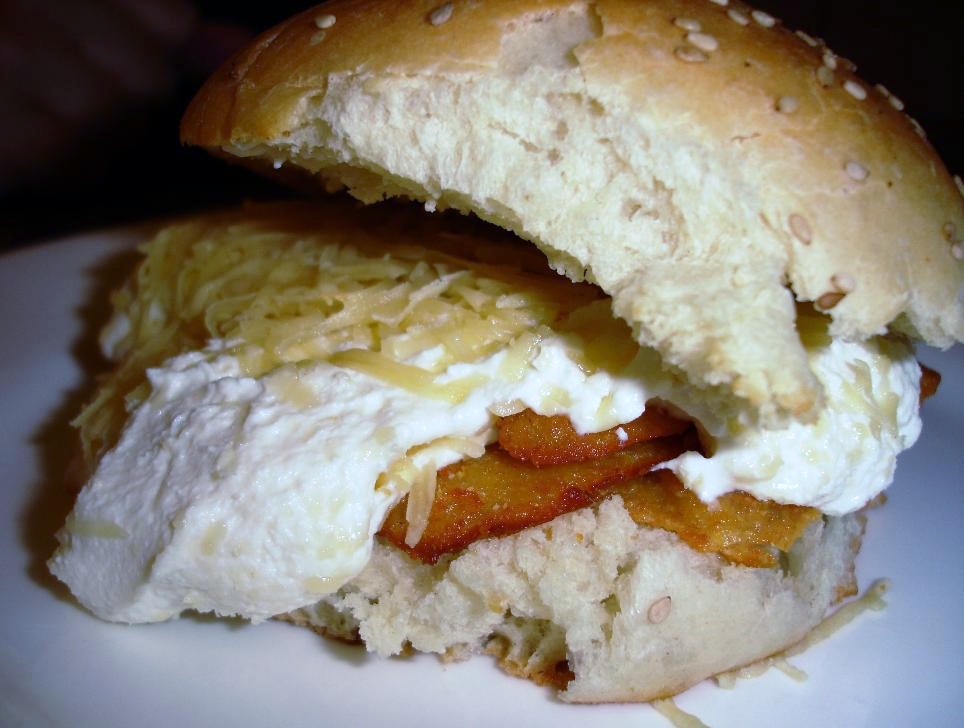 A Panelle Special is a small sandwich filled with flat chickpea fritters, fresh ricotta, and sharp cheese. They are snack-sized, but two could make a meal.

Kevin Kessler, writing for The Village Voice, takes a look at the 110-year-old Brooklyn restaurant, Ferdinando’s Focacceria. Frank Buffa’s run the place for the last 40 years; his father-in-law is Ferdinando. He’s expanded the menu over the years but hasn’t made any drastic changes. Ferdinando’s still feels like something of a throwback to another era. We love the panelle and ricotta sandwiches but have never sampled the famous spleen sandwiches. Maybe some day.