As committed diner fans, we don’t require much from them other than OK food and lack of filth. Pretty low standards, admittedly, but for a burger or bacon-and-egg breakfast it’s usually enough. Which is not to say we don’t appreciate a diner that’s either gorgeous or has exemplary eats. And the Highland Park Diner, in the South Wedge section of Rochester, scores on both points. 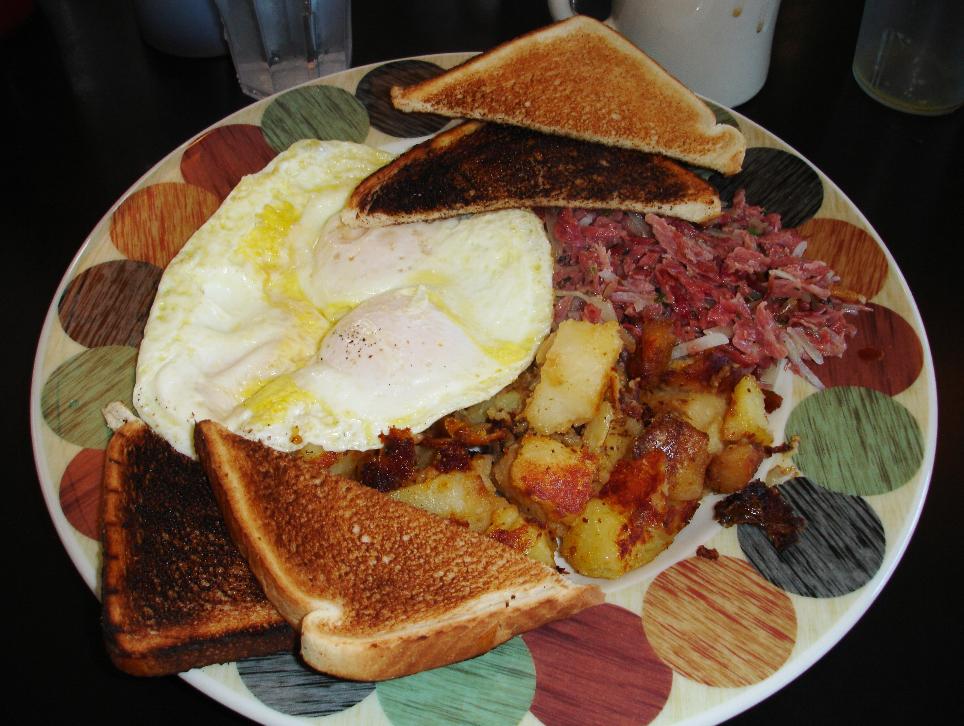 The Highland Park makes its own corned beef hash. Now we actually enjoy the stuff that comes out of a can, but the real thing is a real treat.

The Highland Park is a 1940s-era Orleans, and if that diner manufacturer fails to ring a bell, that’s because the Orleans diner company, which was located about 30 miles west of Rochester in the county of Orleans, reportedly only produced anywhere from two to four diners before they went under. The Highland Park is believed to be the only operating Orleans diner in the world. 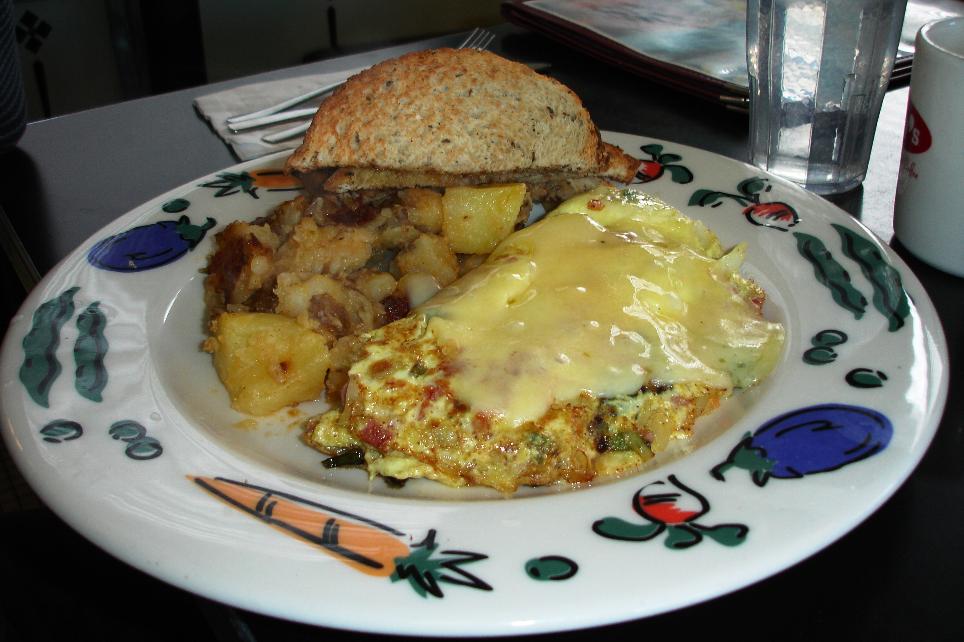 The omelets, like this Western omelet with cheese, are expertly made.

And if that’s not enough, it’s been in the same spot since day one. The original diner went under in the ’70s, when it became an OTB parlor, but in the ’80s it was restored to its original glory. This teal and cream art deco-styled diner with rounded-corner windows is a real looker! 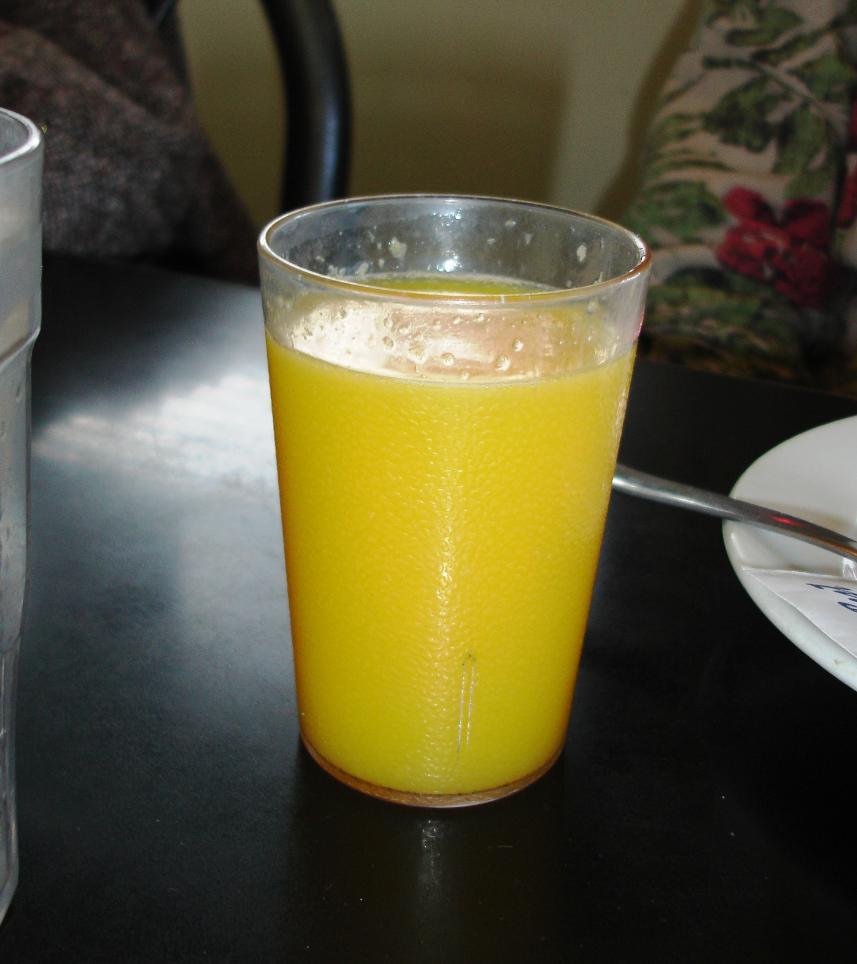 Fresh-squeezed OJ in a diner!

The food is good enough to appeal to those who find no appeal in diners, but rest assured this is no fancy-pants restaurant dressed in diner-chic. The Highland serves regular diner food, at regular diner prices, but does so with uncommon execution. OJ is fresh-squeezed. Corned beef hash is homemade, and is some of the best hash we’ve had in a long time. The banana hazelnut French toast is a local legend, though we have not yet had a chance to sample it. 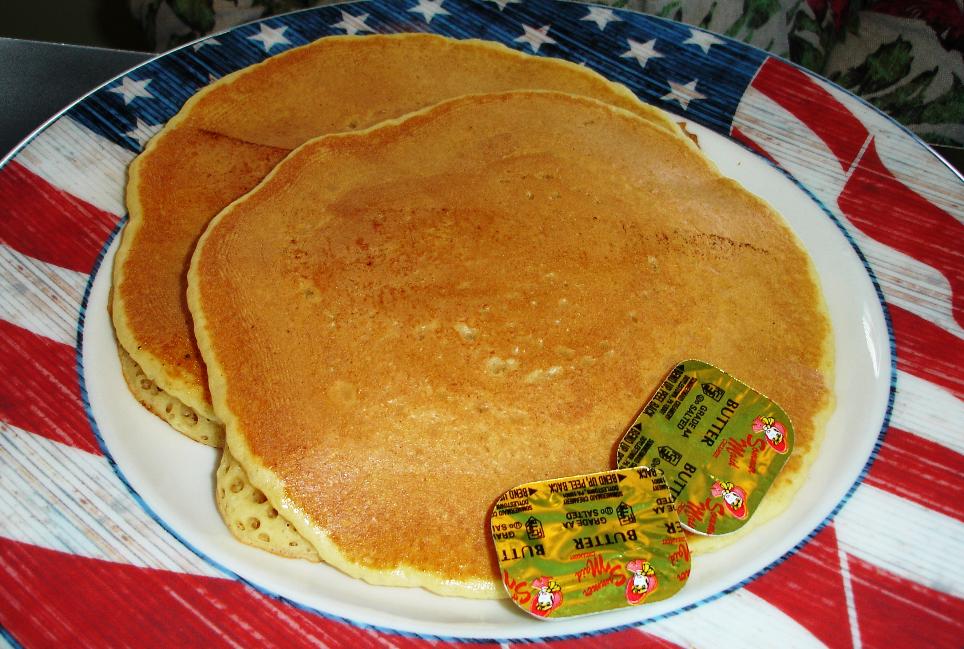 The pancakes are very thick, and they have a springy, sort-of-yeasted texture (though we doubt that’s how they’re made). A short stack should suffice for most.

On our next trip to Rochester we hope to visit the diner for lunch. They claim to serve a great hot fudge sundae, and you can even get a Highland Park version of a “plate,” that heaping amalgam of modest ingredients made famous at Nick Tahou’s, where it is named “garbage plate,” and is now served at just about every down- and mid-scale restaurant in Rochester. 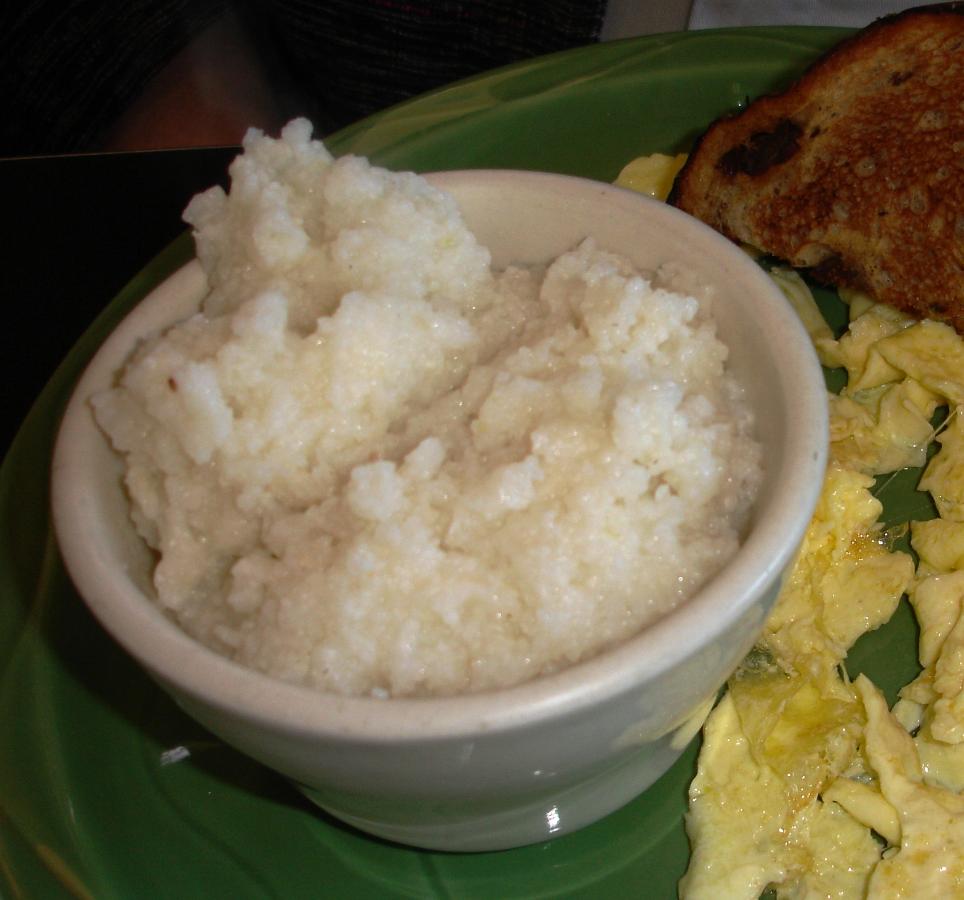 This may be Rochester, but not only do they serve grits, they serve good, coarse-ground grits. 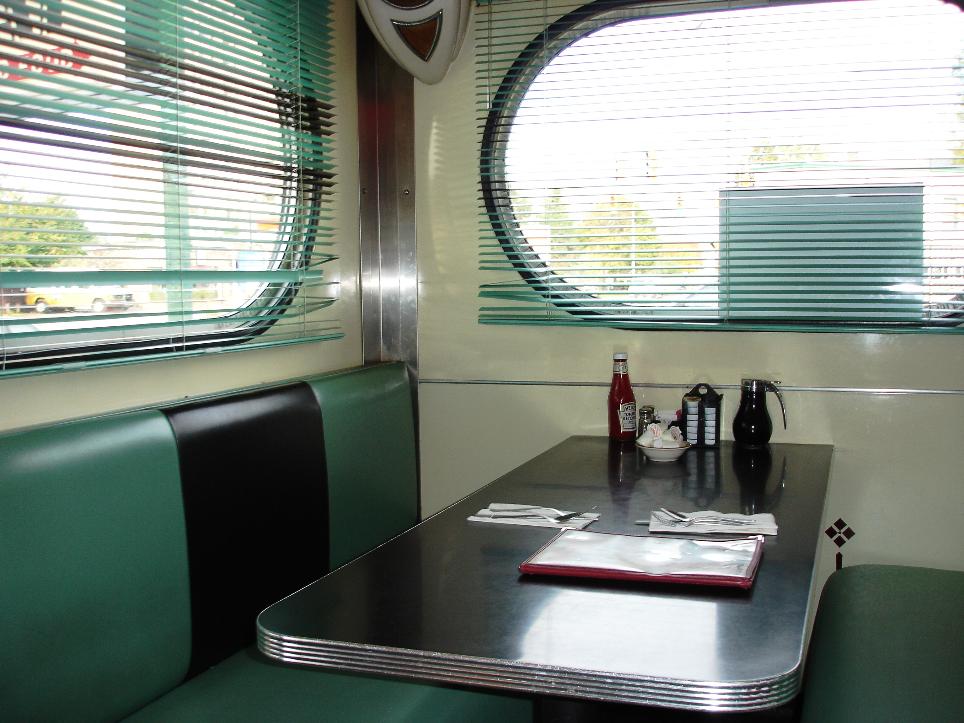 The Highland Park Diner is a 1940s gem. Note the teardrop speaker in the corner. 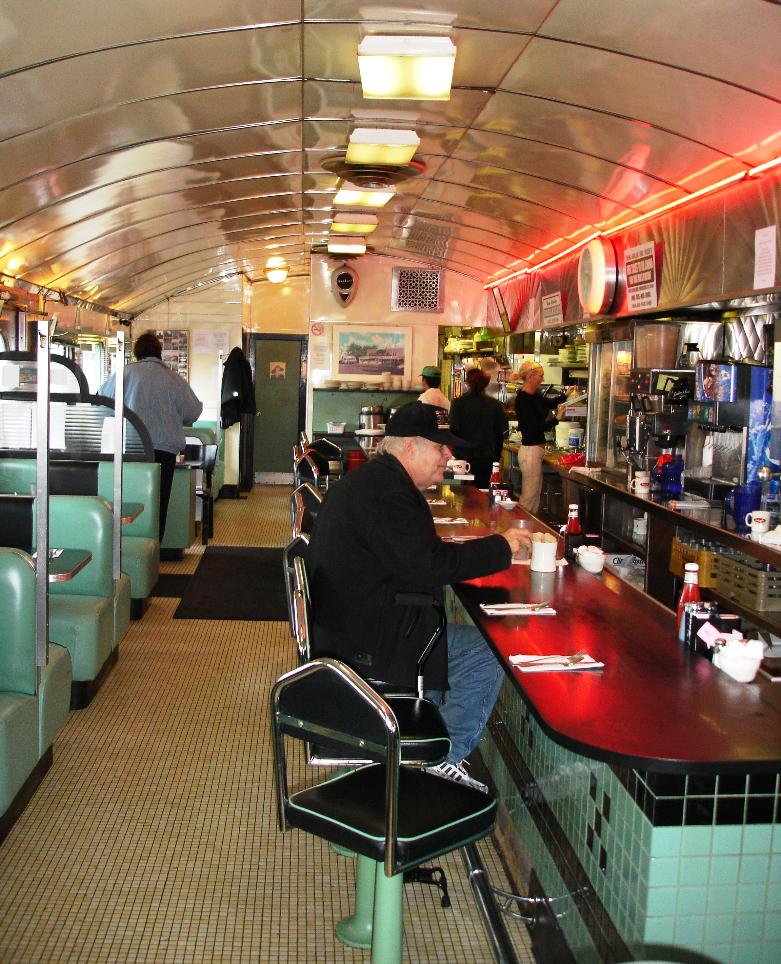 The Highland Park seems to be an especially long diner. 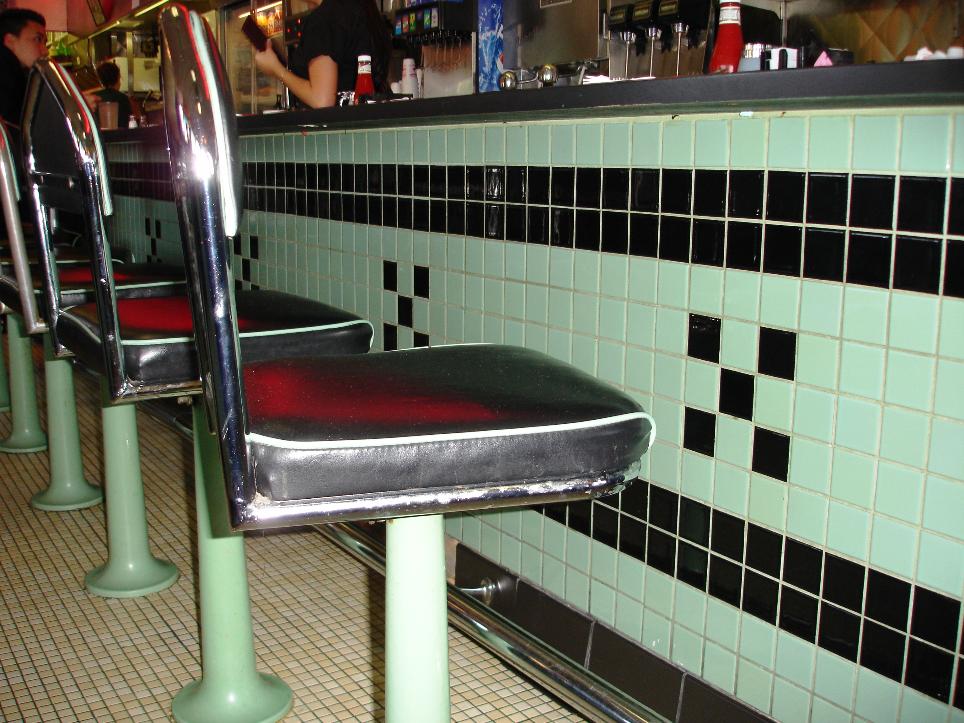 The permanent counter seats are choice for full diner immersion. 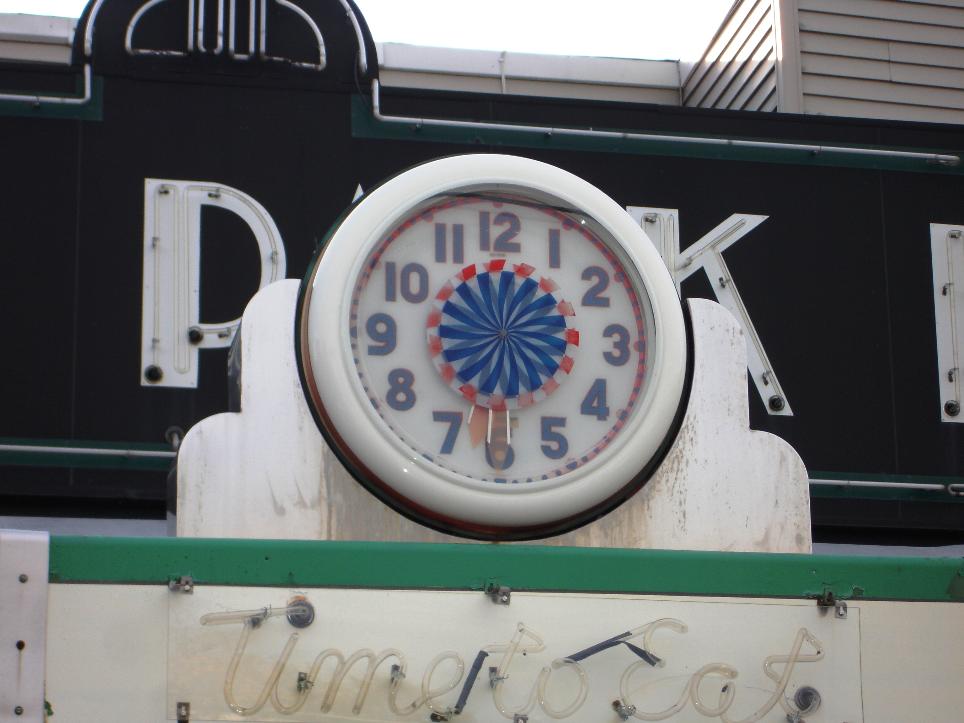 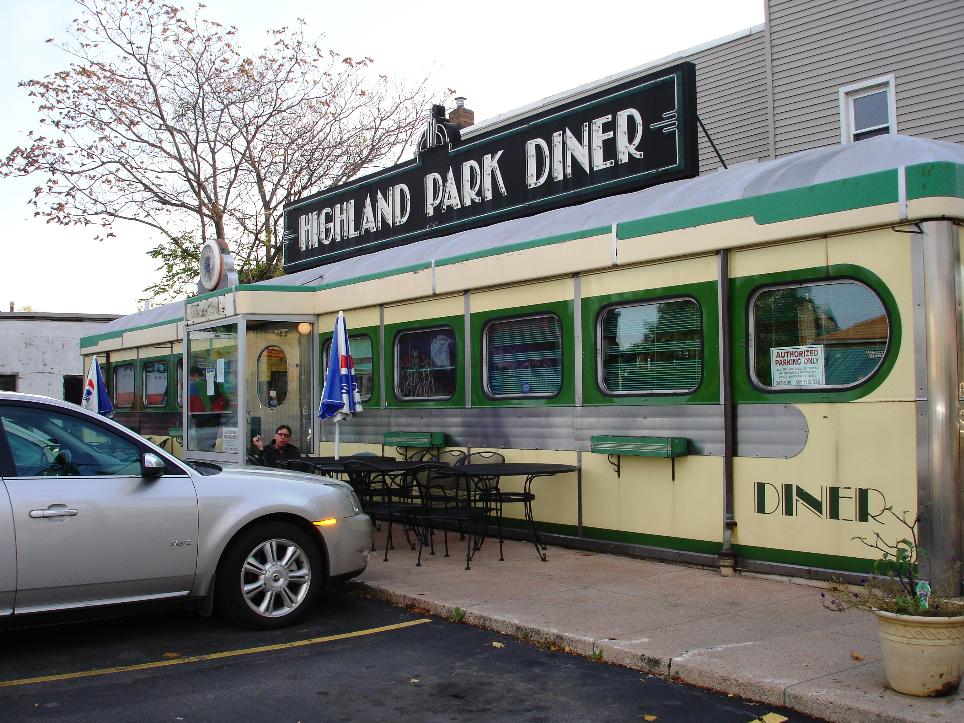 When the art-deco-styled Highland Park Diner was brand new, it was placed in this spot (although it originally had a different name). It’s been here for about six decades.