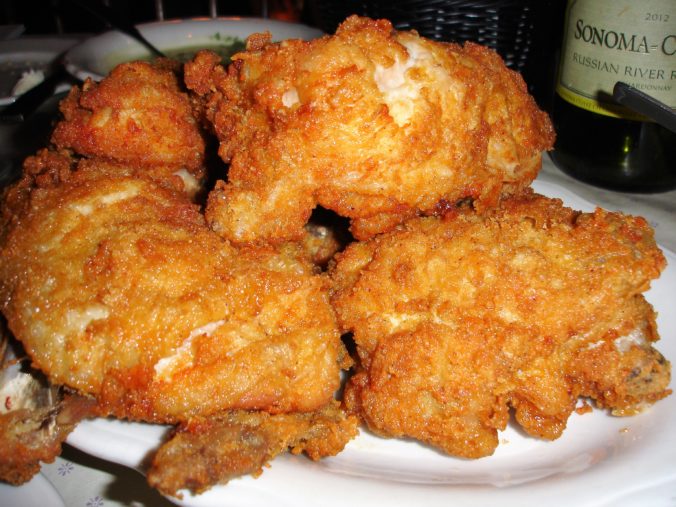 Think of a Southern state known for fried chicken. Yep, we thought of Kentucky as well, for the same wrong reason. Truth is, Kentucky DOES have excellent fried bird, despite the stuff that sends the good Colonel spinning six feet under. Want first-hand proof? Come to Fort Mitchell on a Monday or Tuesday for family style fried chicken dinner as served by the Greyhound Tavern. 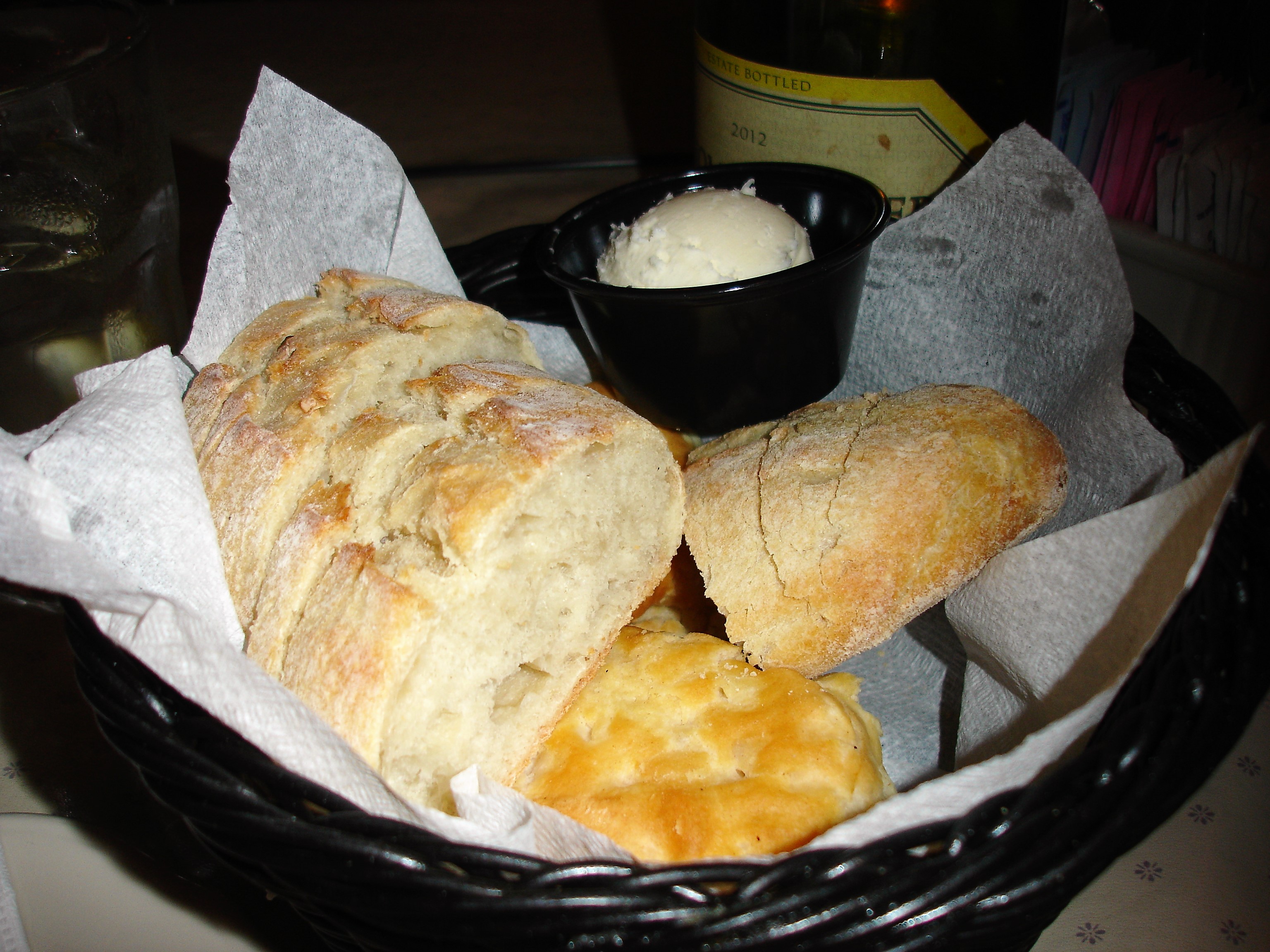 Bowls of homemade mashed potatoes, gravy, cole slaw, and some of the most delicious, long-cooked, soft, porky, and slightly sweet country-style green beans accompany your platter of chicken. The sides are replenished as often as you wish. The chicken allotment of half a bird (breast, leg, thigh, wing) per person, piled high for the table, is more than enough for everyone. 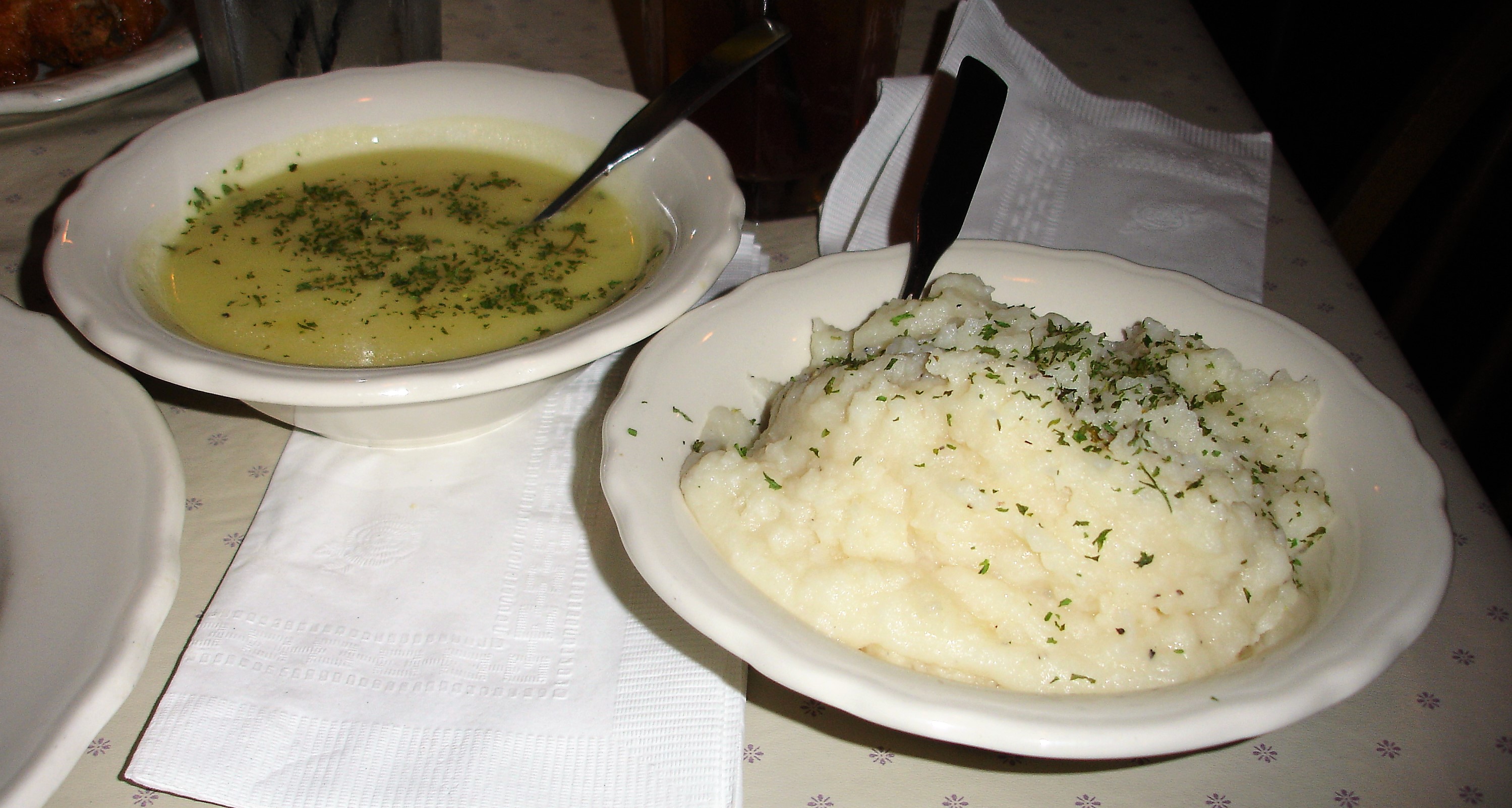 The bowls of homemade sides will be replenished as often as you wish on Mondays and Tuesdays, when they serve the fried chicken family style.

The chicken is prepared in what we think of as an old-fashioned style, meaning it does not feature great crunchy wads of fried breading. Rather, the chicken receives a judiciously applied coat of herbed flour, resulting in a nice, homey balance of crust and juicy flesh. It tastes like grandma food.

The green beans are soft as butter, yet utterly delicious. Of course, they are infused with pork savor but the secret ingredient is a touch of brown sugar.

You can get the fried chicken any day of the week — it’s even on the buffet brunch on Sundays — but Mondays and Tuesdays are the family style days, when you’ll see chicken on most of the tables. Greyhound is not by any means strictly a chicken house. They have an extensive menu of Middle American food, and are well-known for a few of their non-chicken specialties as well. 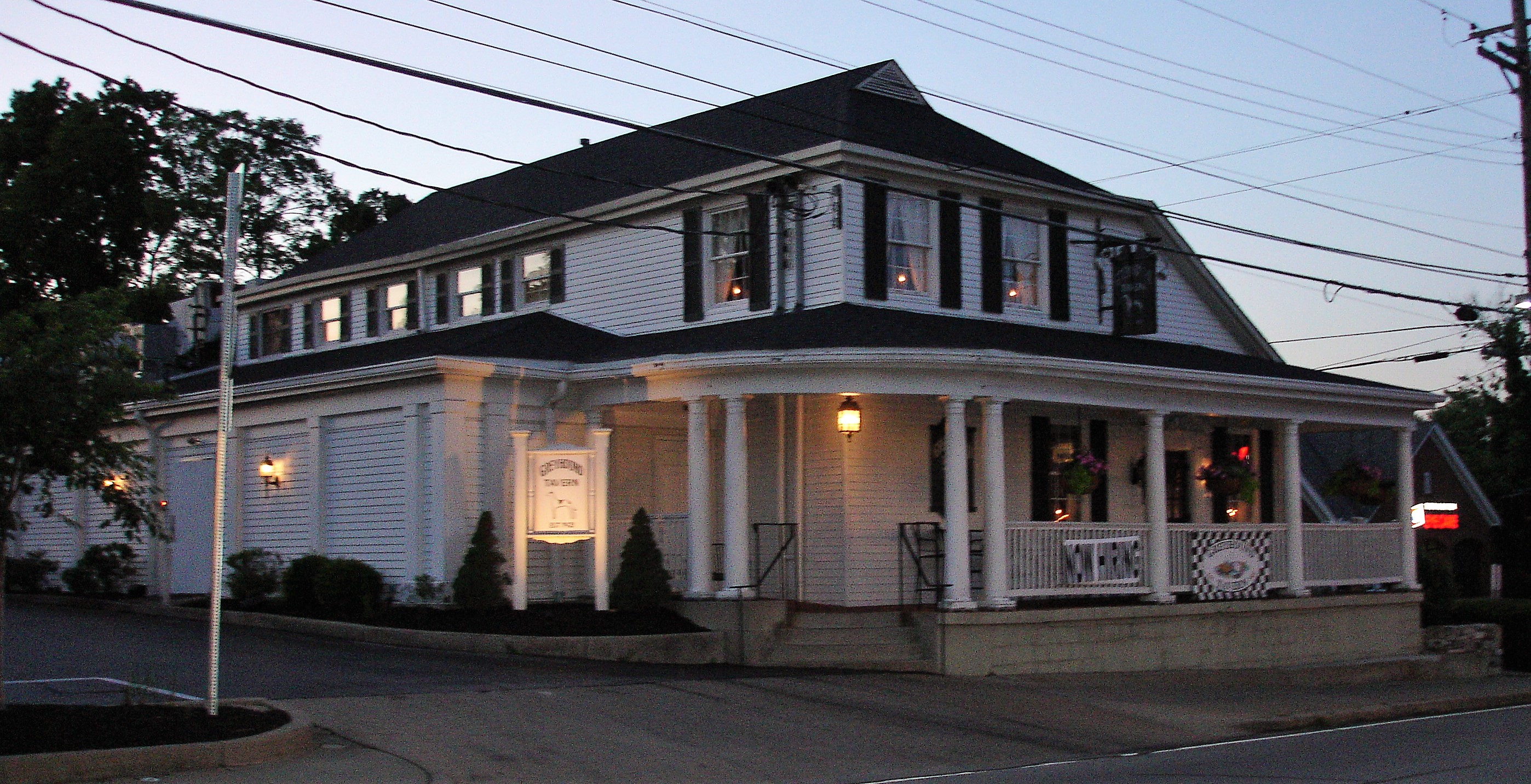 Greyhound Tavern’s Hot Brown (the famous Kentucky open-face sandwich of turkey, sliced tomato, and bacon, napped with Mornay sauce) has received much local acclaim, as have the house-made onion rings and their sweet-and-sour bacon-topped hot slaw. If you are into pimento cheese spread, they make an unorthodox version with smoked gouda. There are even goetta-stuffed eggrolls if you’re looking to wedge a little Cincinnati arcana into your meal.

The Tavern was built in 1921 as the ice-cream-centric Dixie Tea Room. It wasn’t until the ’30s, when the Tea Room was sold, that the restaurant received its dog racing moniker. That’s also when they became known for their ways around the chicken fryer. The house has been expanded over the years, but the two original rooms are still used. One of them, known as the Tavern Room, is a comfortable, wood-paneled bar which features an extensive menu of Kentucky bourbons including, if you wish, the full Pappy Van Winkle range.

Our First, and Last, Taste of Pappy Van Winkle