The Little King is the quintessential Central New Jersey sandwich shop, whose motto is, “Where a Sandwich Is a Full Meal.” Walk in to the strip mall eatery and head to the counter to place your order. It is there you’ll be confronted by dozens of signs touting special sandwiches, as well as a few dozen more to be found on the menu board on the wall. If you suffer from menu panic syndrome, simply step out of line and read to your heart’s content. 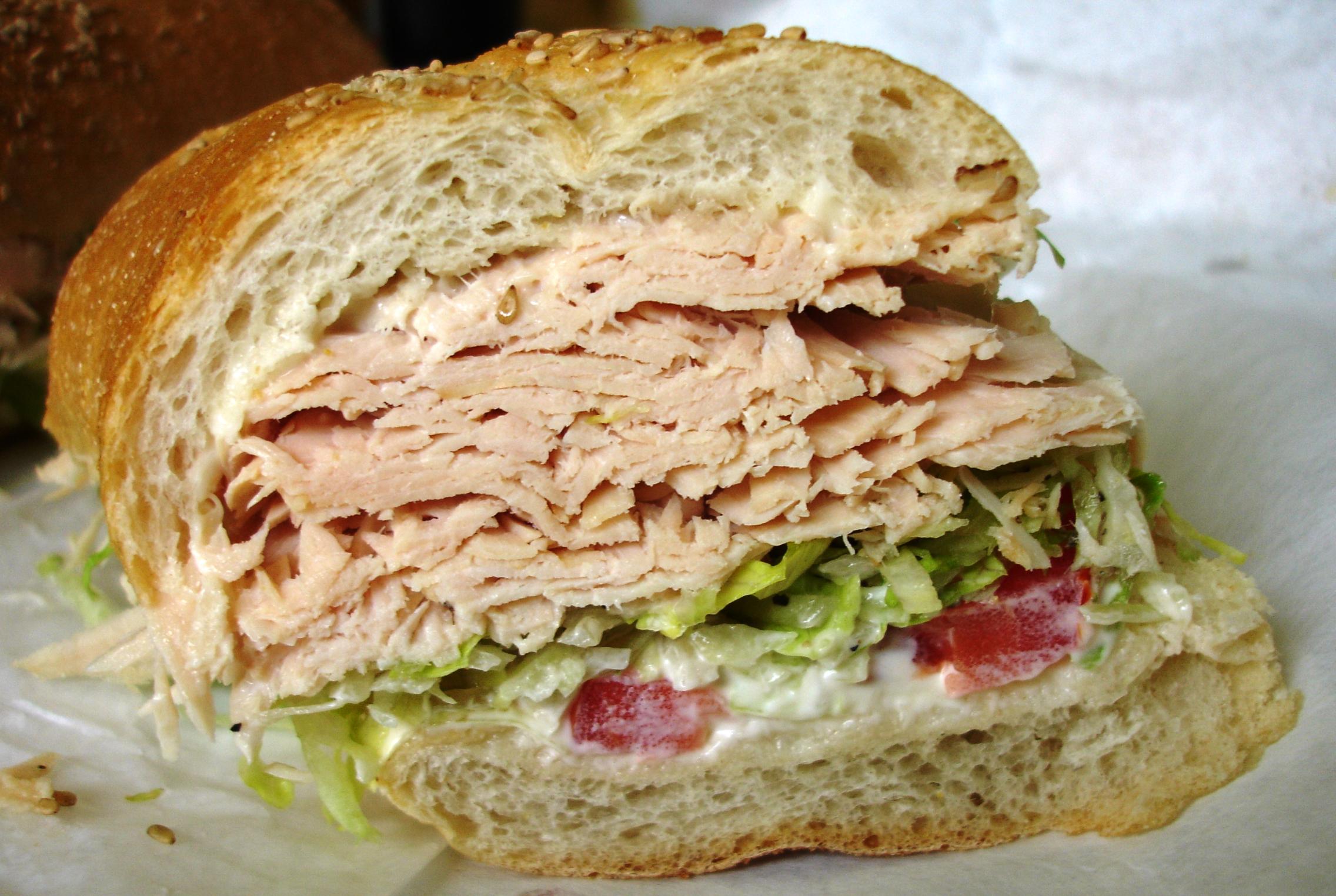 We especially love the King’s turkey sandwiches. Be sure to ask for the turkey roasted in-house, not the deli turkey.

Once you’ve decided and placed your order, you will be asked if you want your sandwich on seeded or unseeded bread. Get the seeded. It’s better bread. Also be prepared to tell the woman what you want or don’t want on the sandwich. Standard garnishes include lettuce, tomato, onion, oil, vinegar, and oregano. 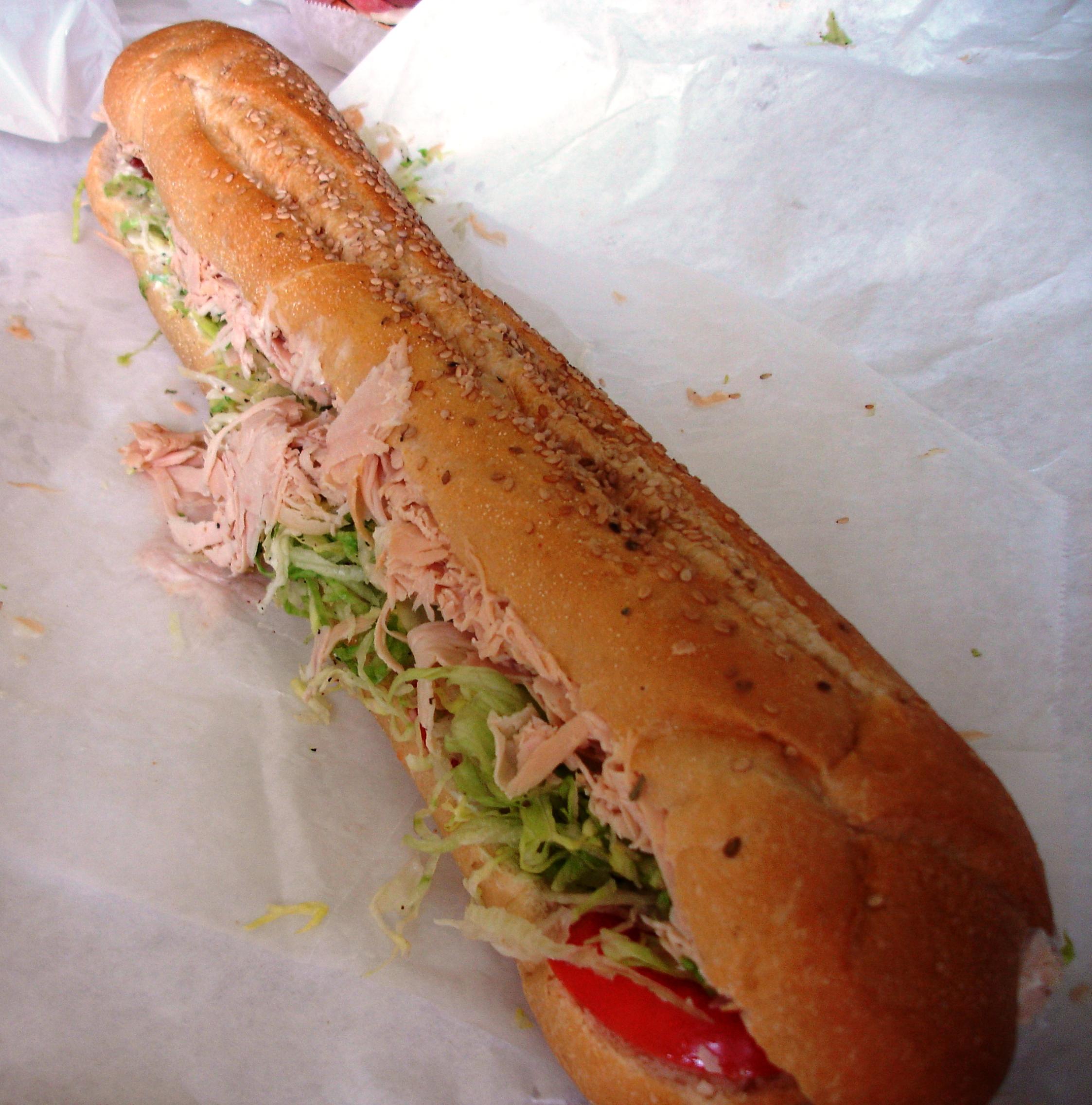 If you’re a newcomer to Philly/South Jersey hoagies, know that a half-hoagie is the normal, one-person serving. A whole, like this turkey sandwich, is made with a whole loaf of bread and is meant for multiple eaters. 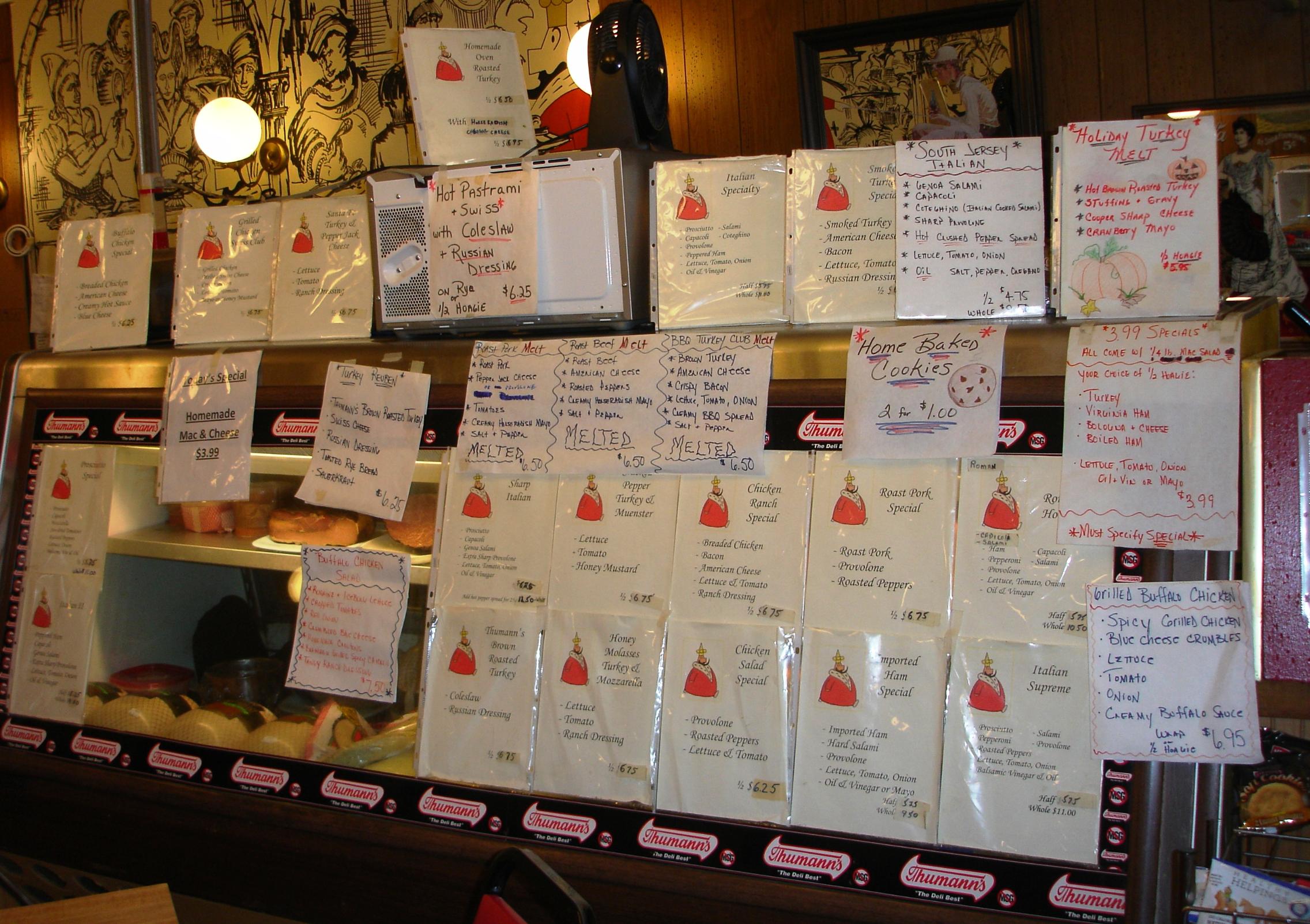 Over the years a collection of special menu items has accumulated all over the walls and counters. There are probably as many sandwiches to be found this way (the most interesting options, too) as are on the menu board proper.

Another favorite is the house-roasted turkey, which is pulled into shreds and chunks before its insertion into the fresh roll. The pork roll, egg, and cheese is iconic and soulful. Prices are modest, but even so, there’s a menu board of the day’s special half-hoagies (in Philly/Jersey parlance, a half is what people elsewhere would call a full-size sandwich), which are true bargains. 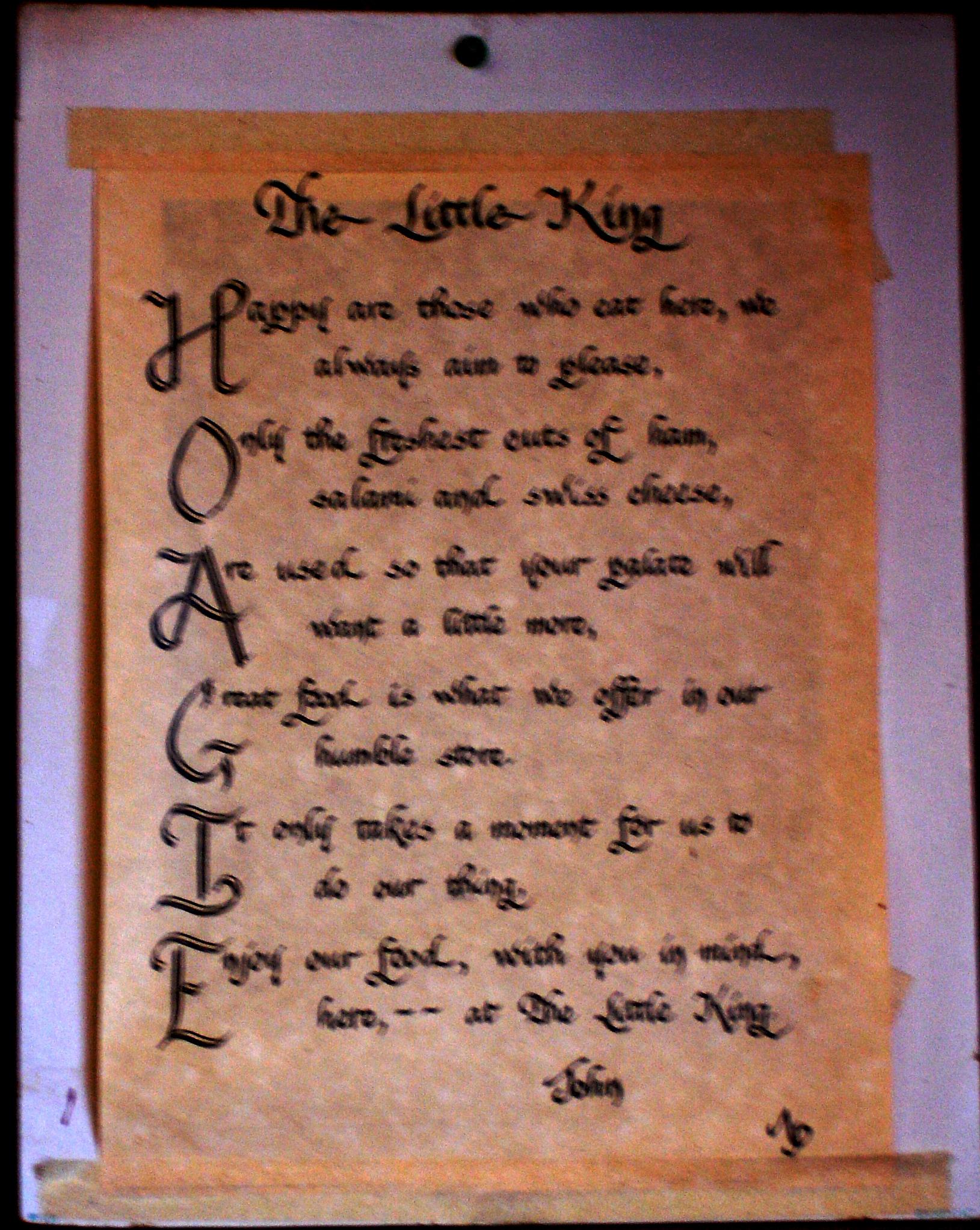 Ode to a Little King hoagie (We apologize for the blurry photo.)

The Little King goes back decades, when it was part of a chain of sandwicheries. There are remnants of the chain to be found here and there around the country, but this one has been on its own for many years, longer than the current owner has been around. There are a few tables for eating in, and many orders are picked up by workers on their lunch breaks. It’s a locals haunt, and the staff lend the place a friendly neighborhood vibe with true Jersey personality. If you are a tourist paying a visit we suspect you will be among the few to ever pass through the doorway. 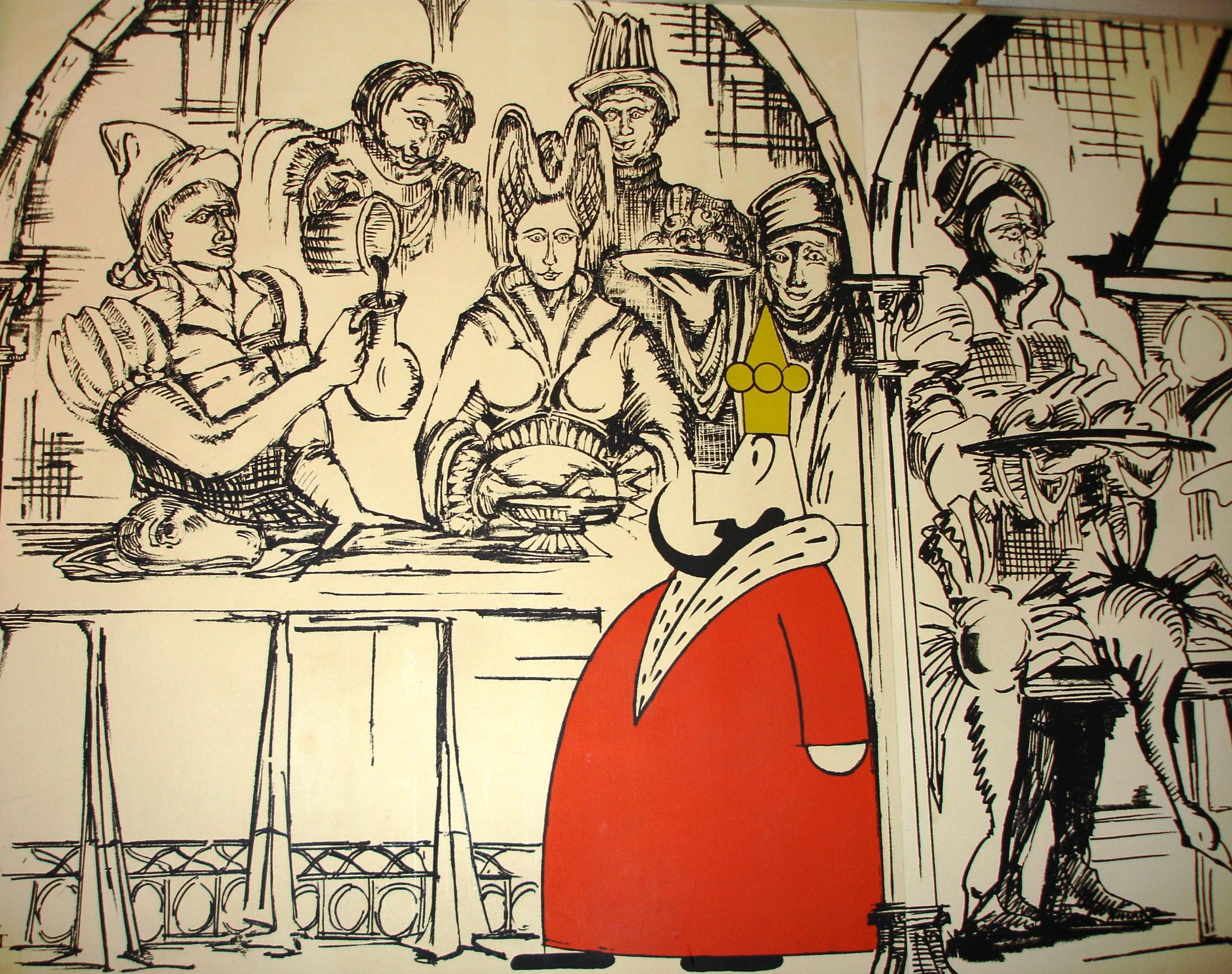 Somehow the cartoon character known as The Little King never entered our zones of perception as kids. But, like Popeye’s Wimpy, he’s inspired a number of fast food specialists.

Note that The Little King is open for breakfast and lunch only. 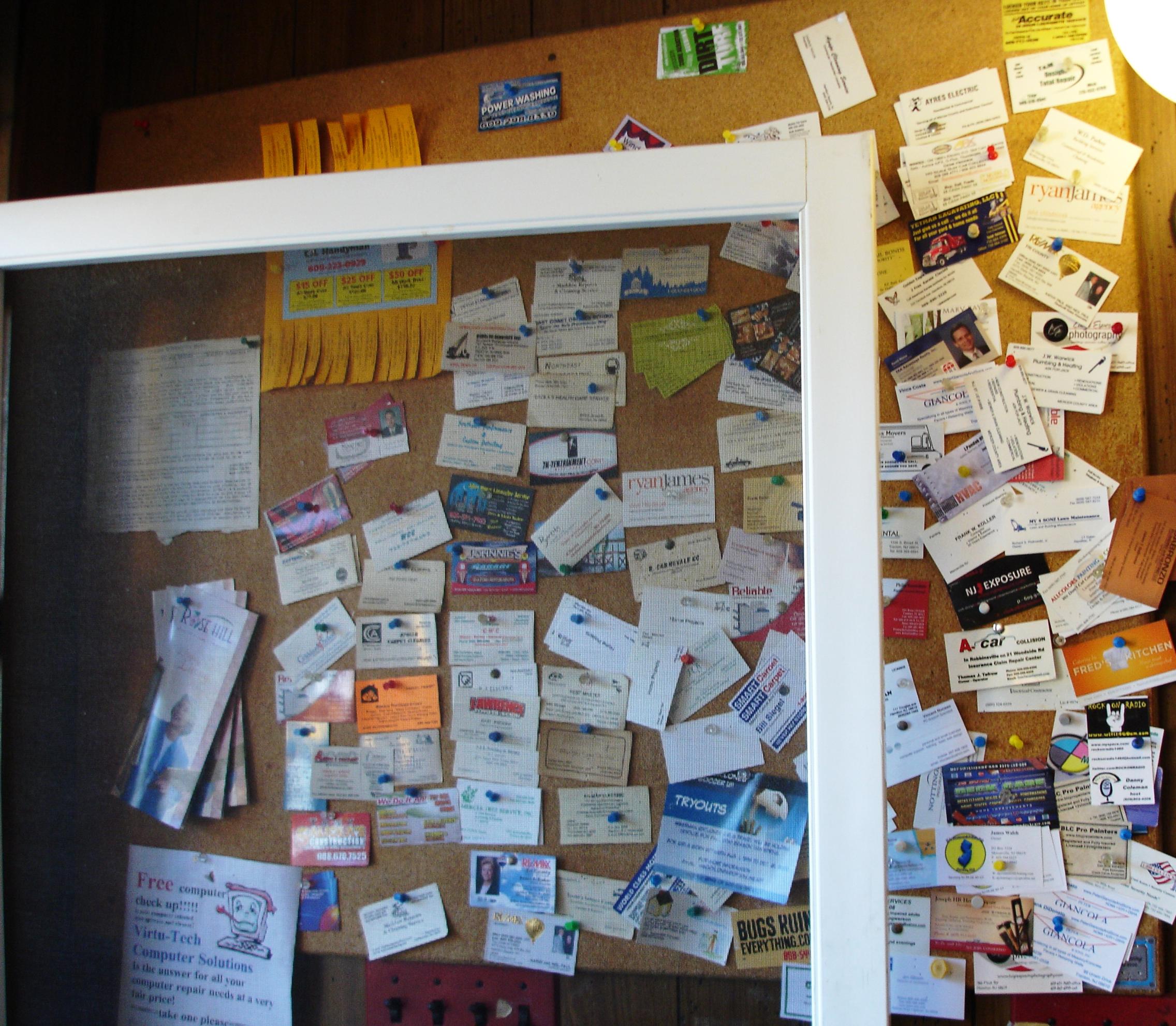 Remember to tack up your business card before you leave.