The USDA has classified a portion of downtown Utica as a food desert, which means the residents have low access to fresh food. The Oneida County Public Market was established, in part, to help address that situation. Located outside the historic 1914 Union Station (and inside the station during the cold months), OCPM is a year-round, Saturday morning operation. 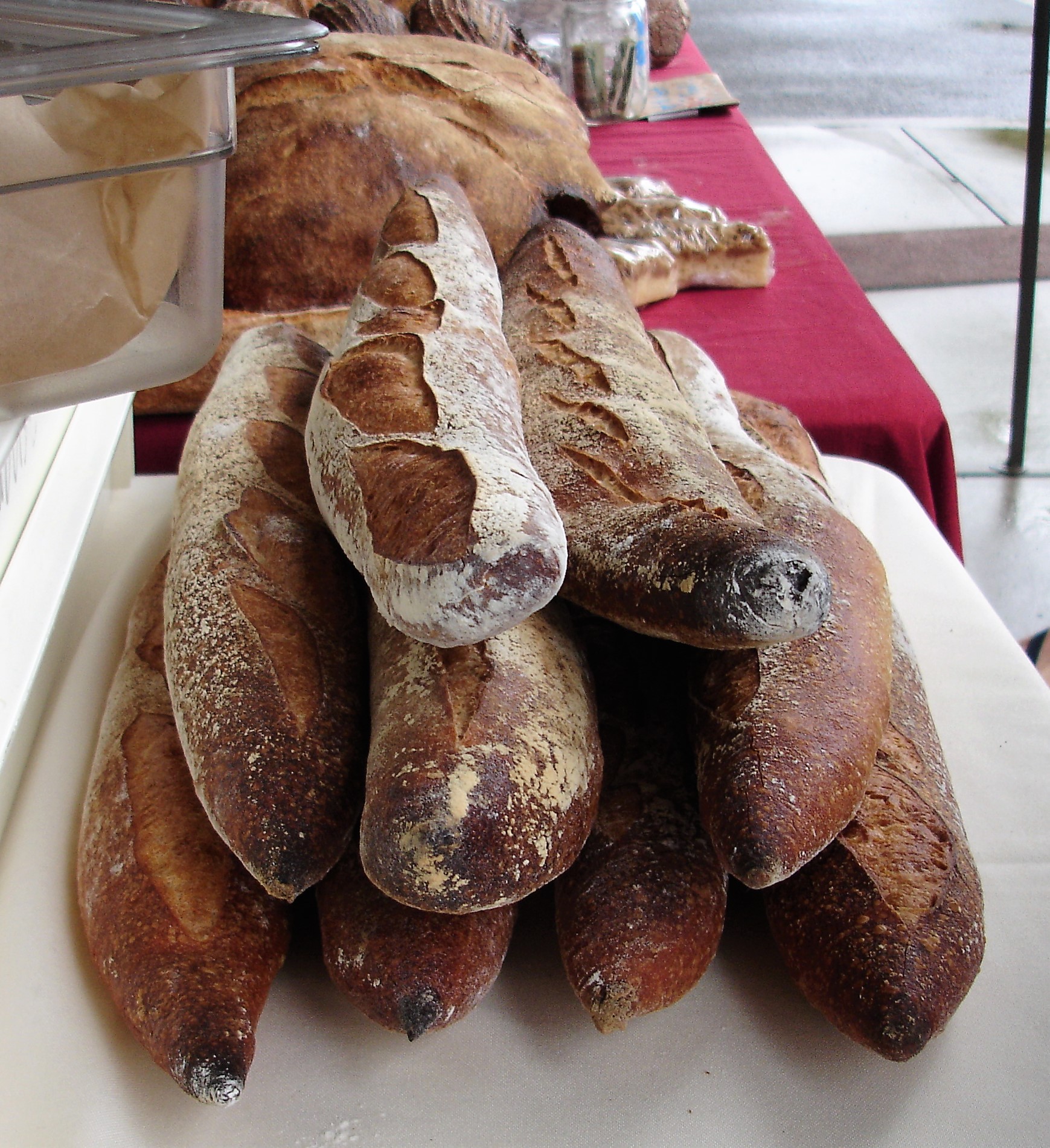 Utica Bread’s super-crusty baguettes need no butter or oil. Their wheaty flavor is satisfying as is.

The morning we showed up just happened to feature a once-in-a-generation rainstorm — parts of the city were badly flooded — so, while the market went ahead as scheduled, vendor attendance was limited. Utica Bread had a table well stocked with crusty loaves as well as croissant and crumb cake and rolls and soft pretzels. 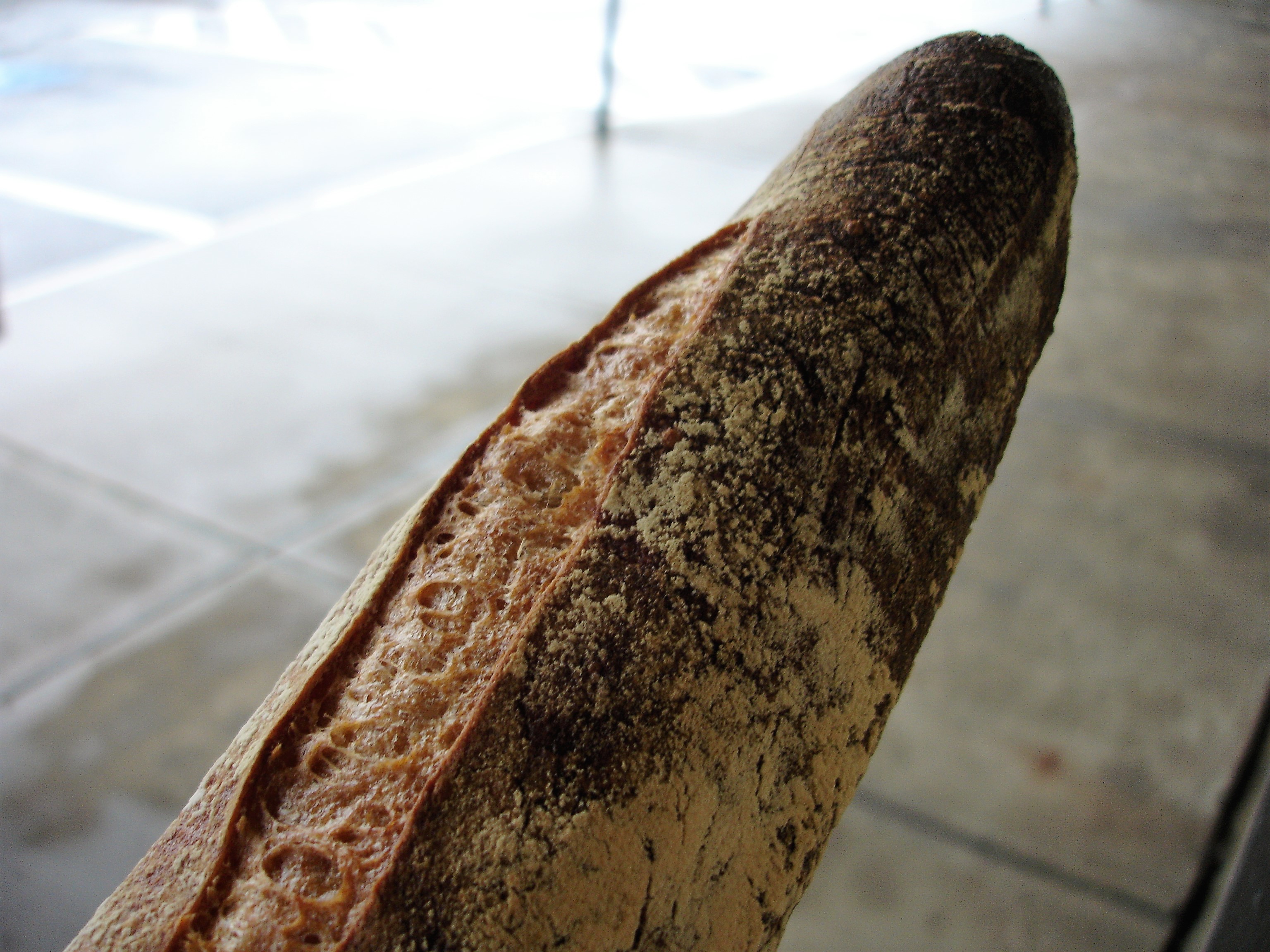 We requested the darkest baguette they had. Perfect!

We asked for the darkest baguette they had, and the young woman from Utica Bread happened to come up with a loaf she had put aside, either because it was considered too dark to sell, or because she was savvy enough to know that it would be the most soulful stick of bread in the bunch. We tore into the toasty loaf on the spot. This is bread that tastes of wheat, and it gave our jaws a good workout. Highly recommended. 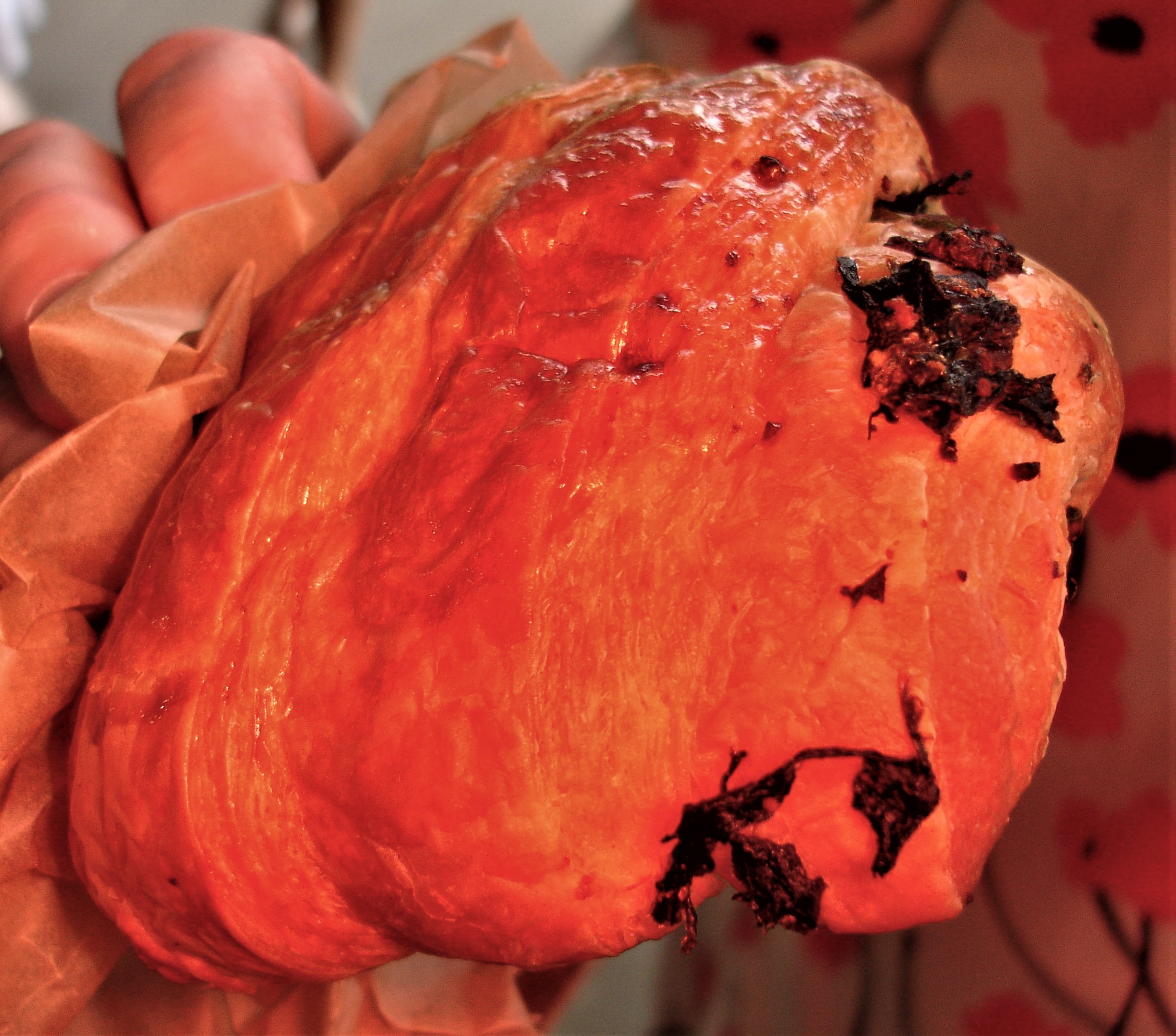 That morning there was a food truck, good coffee, early summer vegetable and berry-laden tables at the few farmers who braved the weather, and some crafters indoors. There was also a guy who was slicing samples of his cheese-filled pepperoni sticks and darned if the bull’s-eye discs didn’t taste really good, despite the wacky concept. 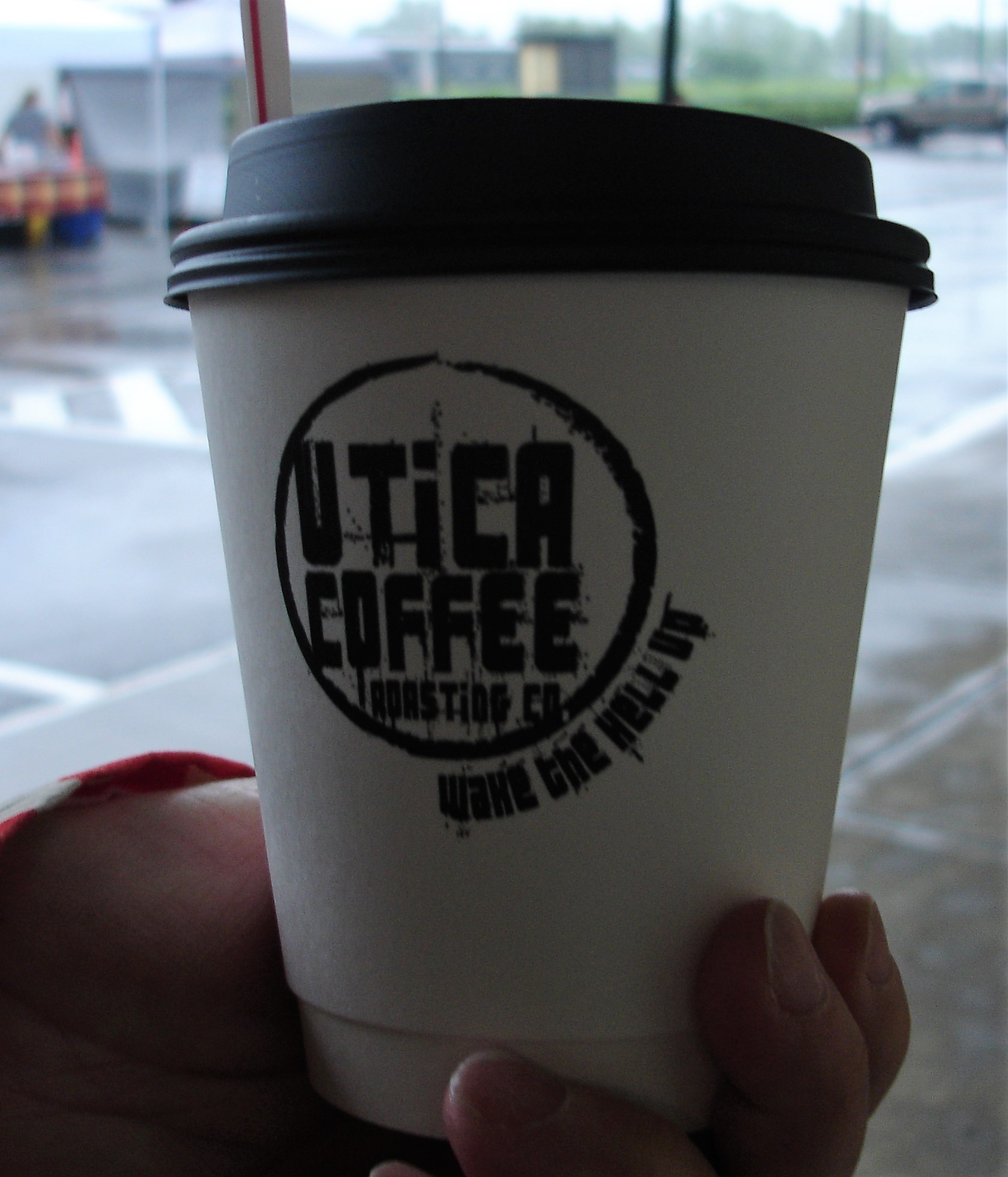 On a Saturday less suitable for Noah, you’re likely to find farmers and vendors offering mushrooms, organic eggs and meats and poultry, pickles, jams, and jellies, farm-cured bacon, honeys, cheeses and butter, maple syrup, wines and spirits, … the list goes on and on. Massages are available as well as the work of crafters. Food trucks are also present to satisfy your immediate cravings.

The market operates every Saturday from 9A until 1P from May through October. Other months they slow down to every other Saturday or monthly, and they move indoors for the brutal Utica winter.