The bayfront in Newport is where all the action is, split about 50/50 between the fishing industry and the tourist industry. There are plenty of restaurants, including the original Mo’s and a branch across the street, and a couple of locals-only fishermen bars and groceries. At either end of Bay Boulevard sit the best of the seafood restaurants: Local Ocean in the east and the awkwardly named Ocean Bleu @ Gino’s near the western terminus (more about that name later). 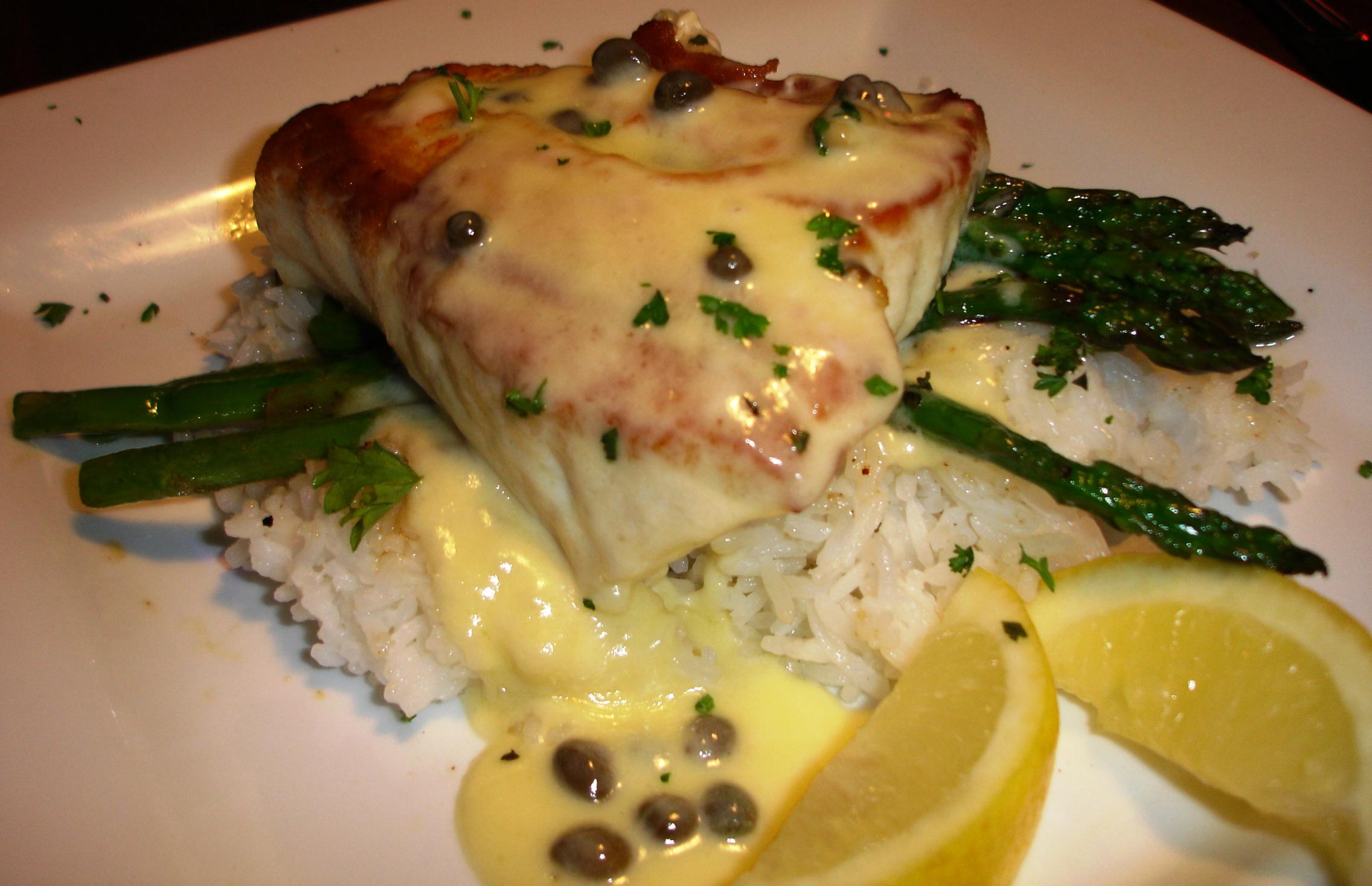 Halibut piccata is, here, served over jasmine rice and in-season vegetables with a butter and caper sauce. The halibut is moist, meaty, and utterly fresh.

Ocean Bleu features wild seafood from their own boat and from other local fishermen, and it shows on the plate. You can begin your meal with some freshly shucked Yaquinas from across the street, or a cracked Dungeness crab. Something they call Sea Pups are very popular here. These are hush puppies with cheese and local crab in the batter. We loved the platter of in-house smoked fish, a pricey appetizer that can serve as a meal for two people, along with a bottle of wine. Follow that with a supremely fresh piece of local salmon, halibut, rockfish, black cod, or some razor clams, oysters… the list goes on and on. 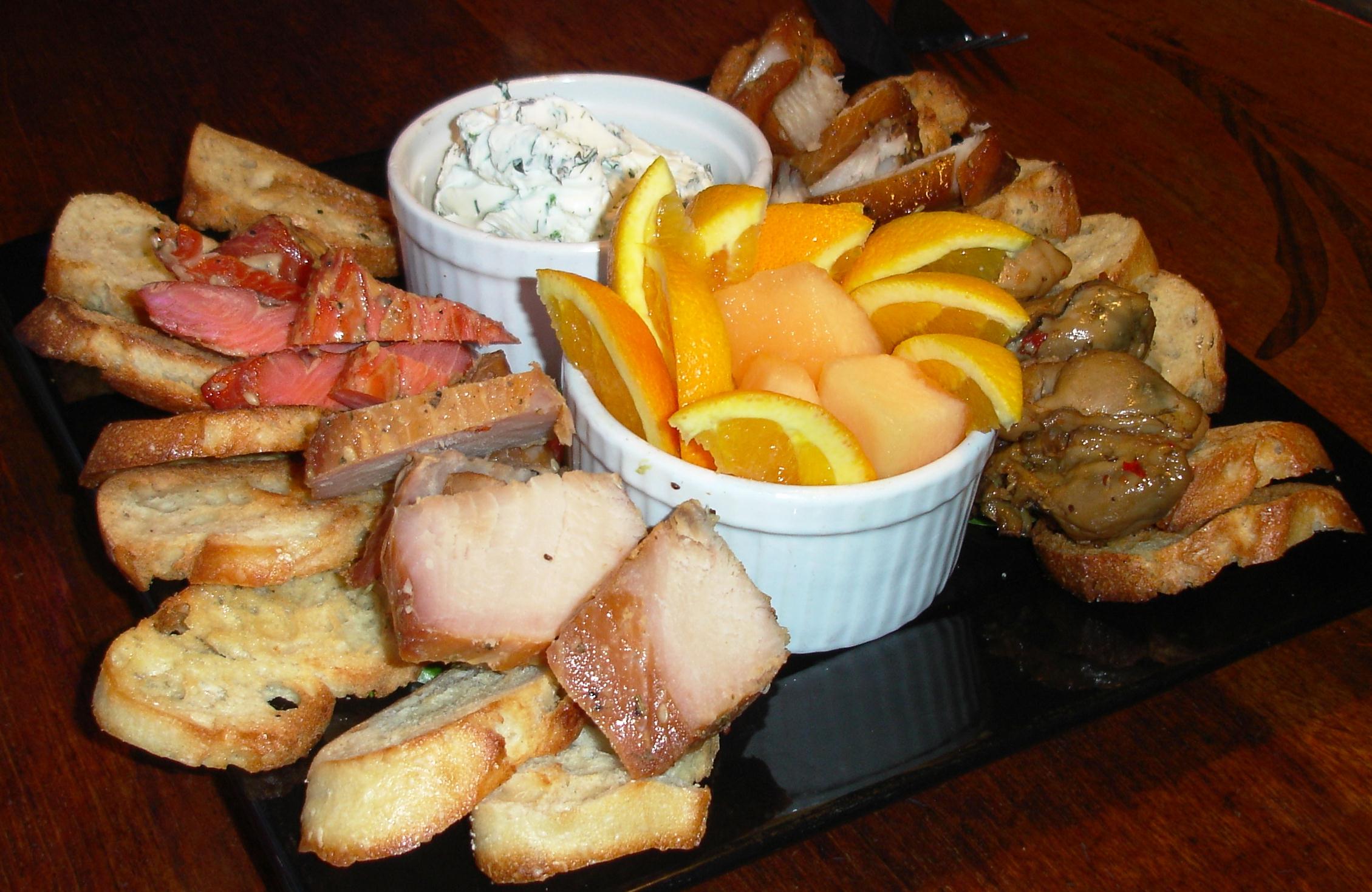 Ocean Bleu smokes, in-house, salmon, tuna, black cod or sablefish, and oysters, all fresh, all wild (except for, we assume, the oysters, which are farmed upriver from the restaurant). The smoked seafood platter, meant for multiple diners, offers them all (the crostini, herbed cream cheese, and fruit are superfluous). Each fish is very different from the others, but the supple and smoky black cod is our favorite.

Or go for one of the many fish and chips varieties offered, from the low-end (price-wise) calamari, rockfish, albacore, local pink shrimp, or oysters, up to the big spender’s wild halibut. We enjoyed some huge, perfectly cooked prawns. Chips here are sliced and seasoned discs of fried potato. The slaw that comes with your fish-n-chips is not an afterthought throwaway but a fresh and crisp shredded salad in a very light dressing. 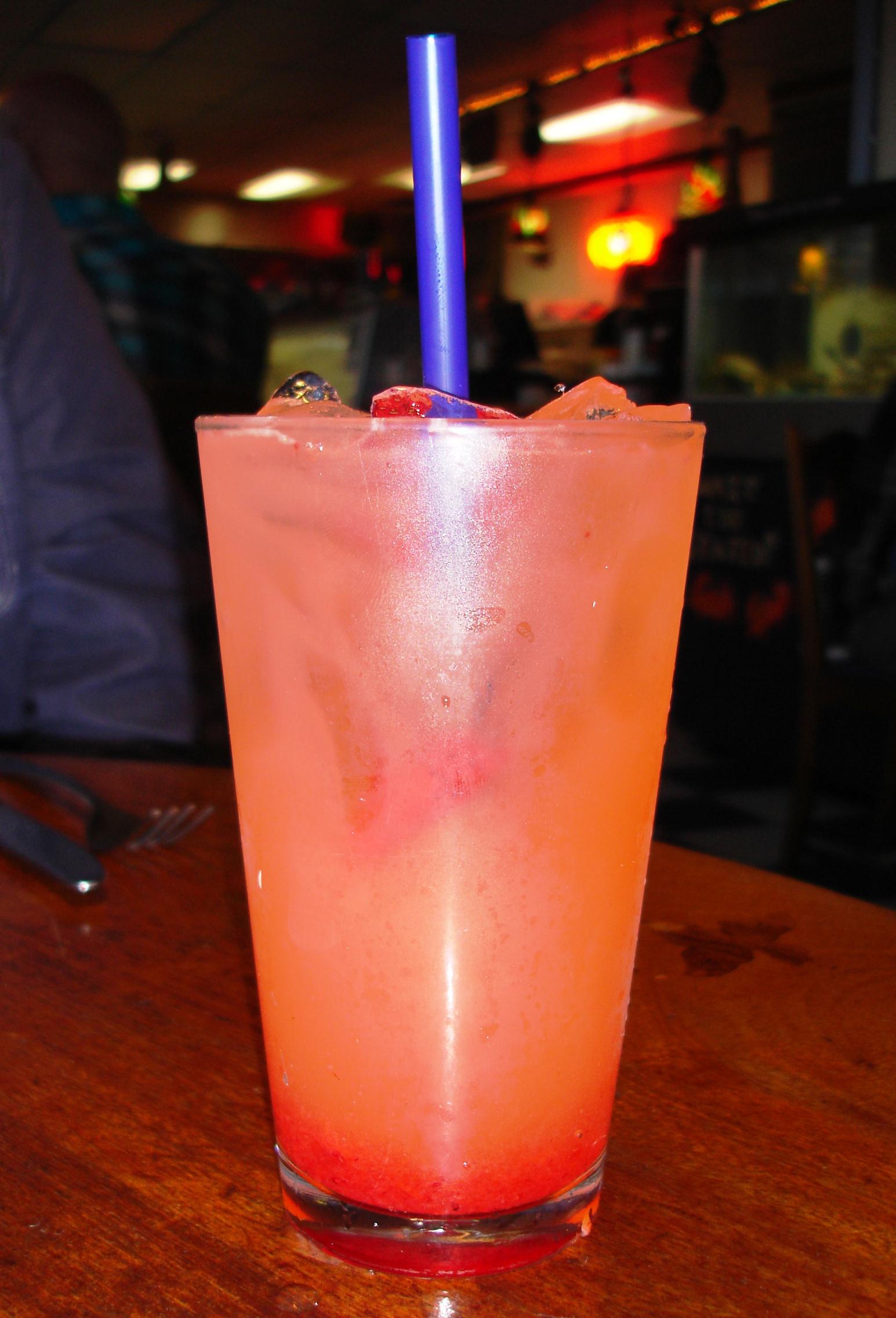 Even fresh strawberry lemonade is special. Chunks of the berry clog the straw as you enjoy this refresher.

Prices are not particularly low, but this is by no means a fancy-pants restaurant, and the quality is high. As usual in restaurants like this, we recommend ordering the items where the good seafood is showcased. The less chefly the ministrations, the better, as far as we’re concerned. 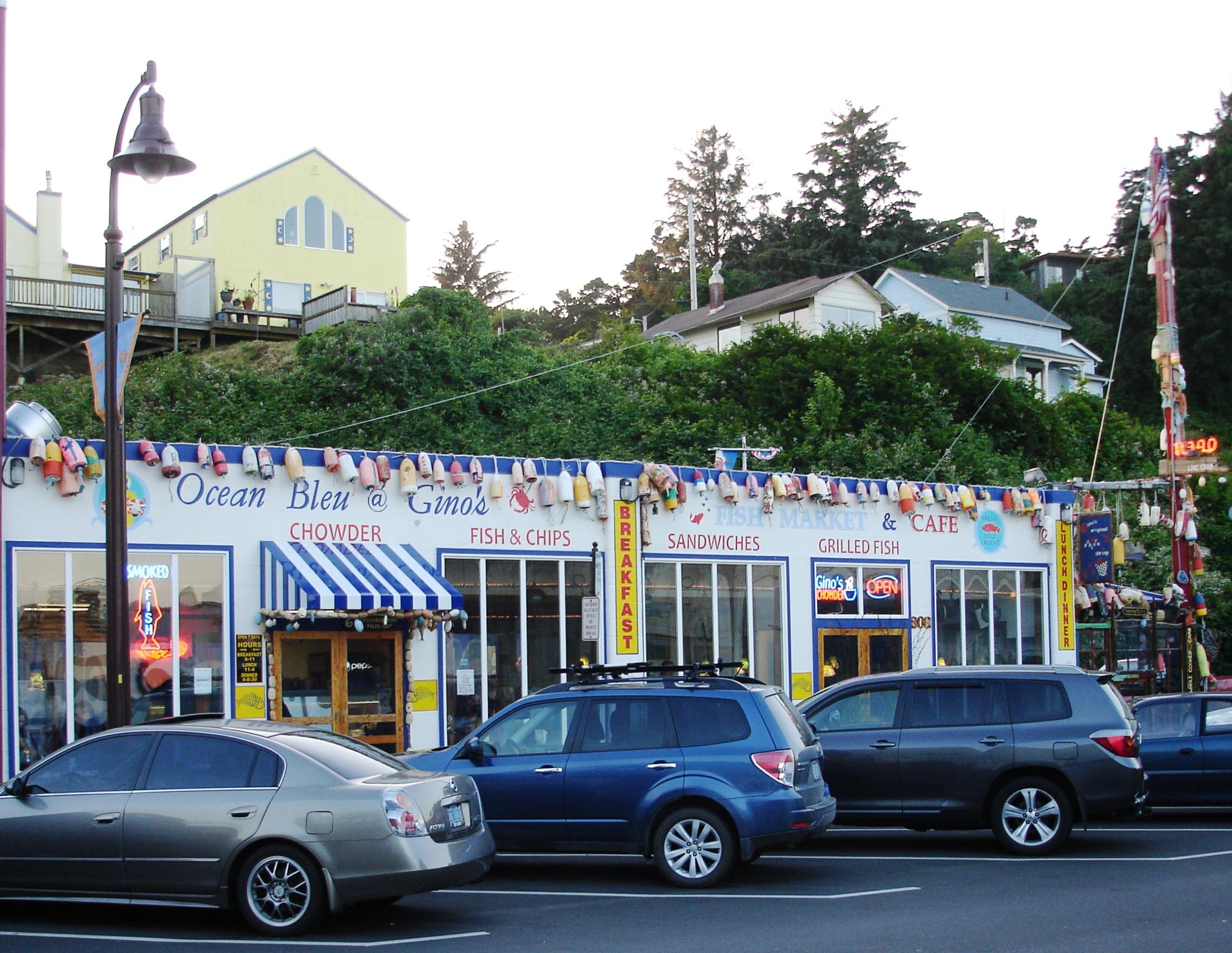 Ocean Bleu @ Gino’s can be found at the western end of Newport’s bayfront.

About the name: Gino and Maxine Freson opened Gino’s Fish Market in 1983. They became locally famous for their fish-n-chips and popcorn shrimp. Gino eventually passed on, and in 2010 the restaurant came into the hands of Vanessa and Mike Donovan, who wanted to honor Gino by keeping him in the name of the restaurant. Hence, Ocean Bleu @ Gino’s.