Le Chien Noir is a French-styled bistro (with Belgian leanings) that serves such classics as onion soup, steak frites, and mussels. But what really attracts us to Le Chien is its sophisticated take on North American favorites, which can be accompanied by a bottle from the selection of Canadian wines and beers. 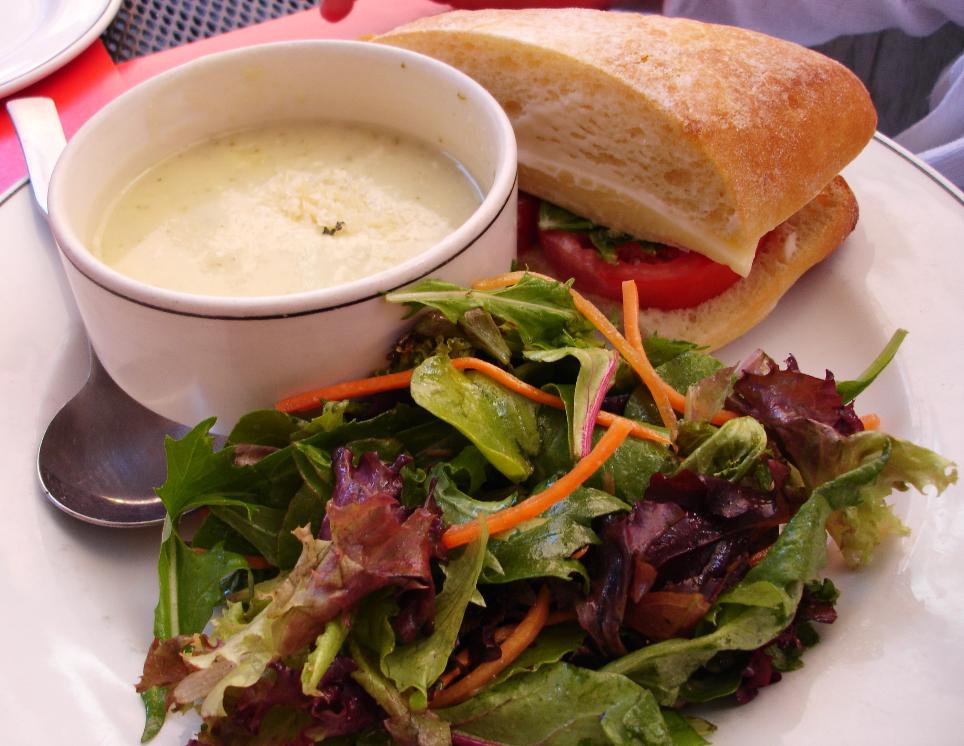 The menu offers half a sandwich with soup and a little salad. The soup today: cauliflower, potato, and leek; the sandwich: cheddar, tomato and basil.

Take poutine, for instance. Poutine is a Quebec, Eastern Ontario, and Northern New England favorite, and it also may be the quintessential junk food. Typically made with frozen French fries, canned gravy, and cheese curds (moist, mildly cheddar-flavored fresh cheese nuggets which turn molten under the hot gravy), poutine packs a major fat and calorie punch. 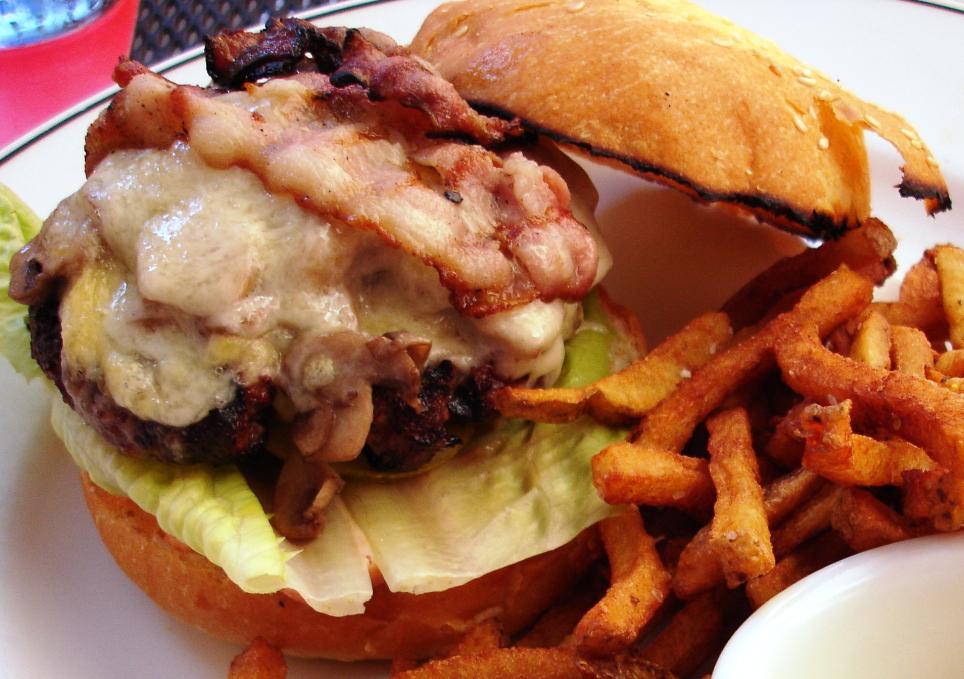 The beef used in the burger is astoundingly good. We’d love to give those steaks on the menu a try. 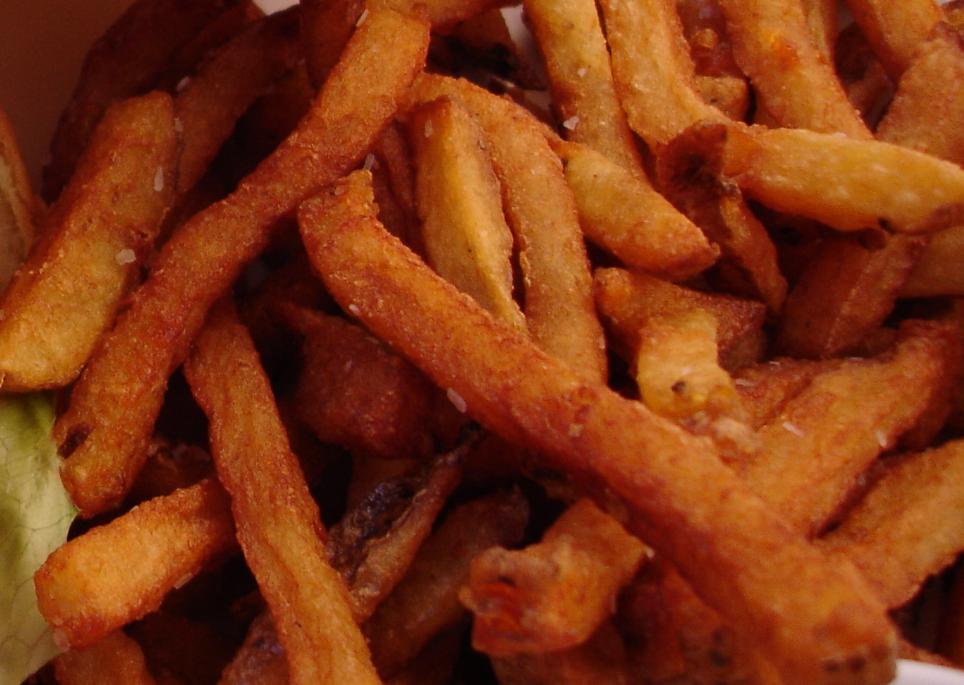 French fries are perfectly done, crisp outside and steamy within, as only double-frying can do. You can see the flaked sea salt sprinkle.

The burger is not huge, but it is one of the best hamburgers to be found anywhere. Fresh ground Alberta beef, more chopped than ground in texture and irregularly formed, has an astounding beefiness that we can only compare to a Peter Luger steak in hamburger form. 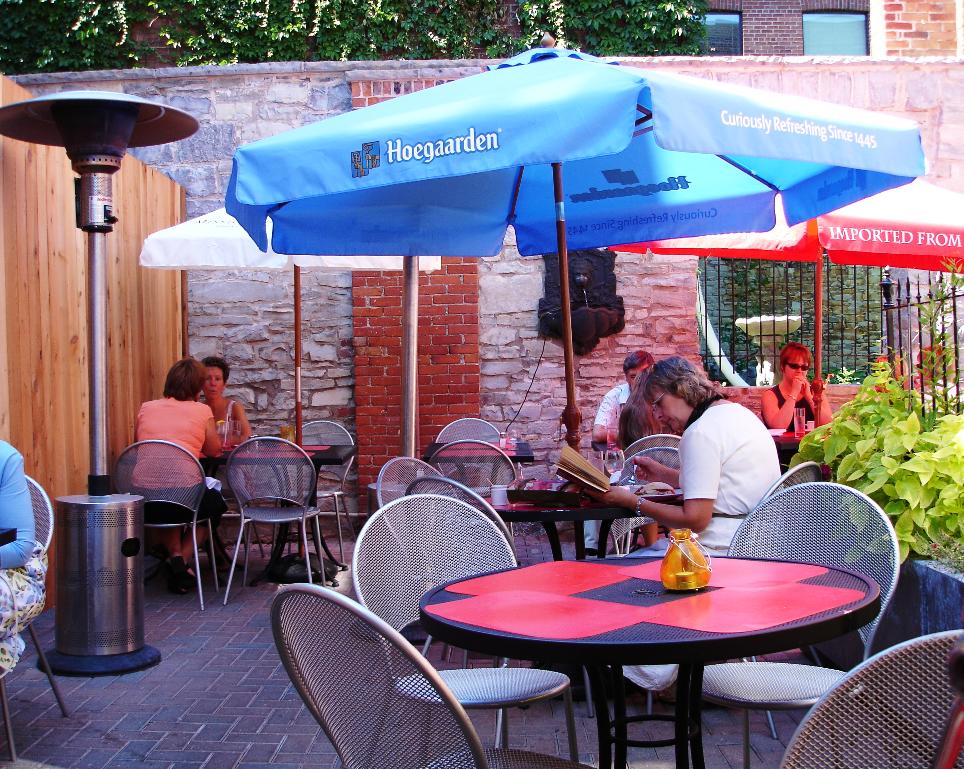 Many, many restaurants in downtown Kingston have outside dining. Apparently, when you live this far north, you appreciate every moment spent out of doors.

Hugely juicy, with a mouth-filling flavor that has a flinty edge, this is patty perfection. Of course, Le Chien doesn’t leave it at that, but adds some of that aged cheddar and smoky bacon, sautéed wild mushrooms, and those great frites with an addictive aioli for dipping. 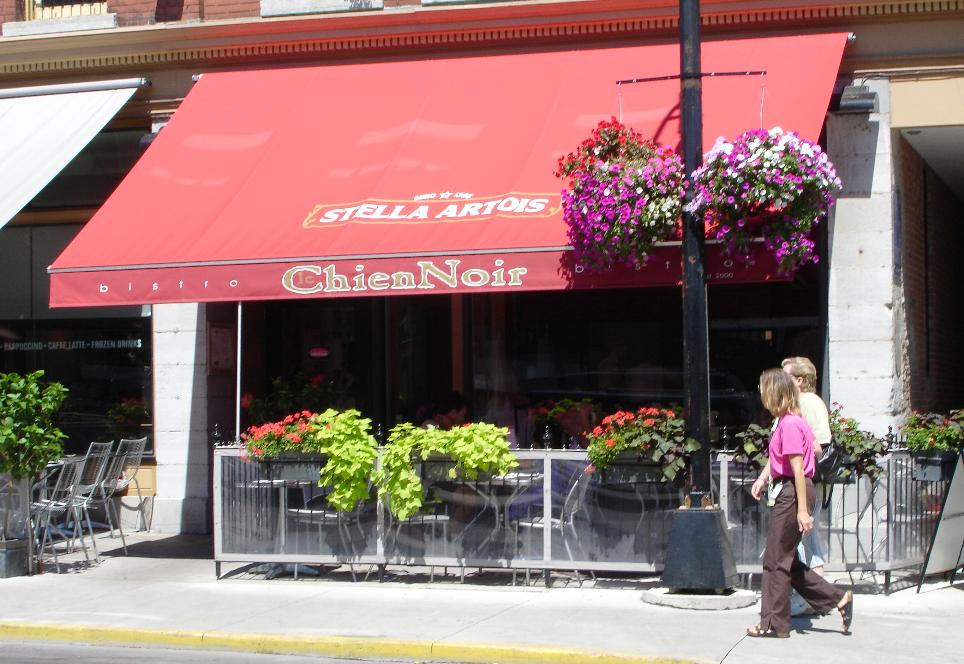 The tables in front of The Black Dog actually belong to the pizzeria next door (by the same owners).

There is a comfortable outdoor courtyard in back with umbrella’d tables and a little fountain, and the service is professional and casual. For our money, Le Chien Noir is the best place for lunch in Kingston. We’ve not tried it in the evening, but trust it is just as good for dinner.