24 Pie Places In and Around Austin TX

We love to cook, but not everyone does. If you think cooking’s a chore best left to others, why not consider bringing Thanksgiving dinner in this year? If you live in or near Louisville, this story about good local Thanksgiving takeout, from louisville.com, might come in handy. Just be sure to place your orders as soon as possible to avoid any disappointment. We like the sound of Thanksgiving To Go from Claudia Sanders Dinner House in Shelbyville: turkey, mashed potatoes, corn bread sausage dressing, green beans, candied yams, giblet gravy, cranberry salad, yeast rolls, and a whole pumpkin pie for $61-64. That’s for two pounds of turkey, potatoes, and dressing, and a quart each of the veggies. 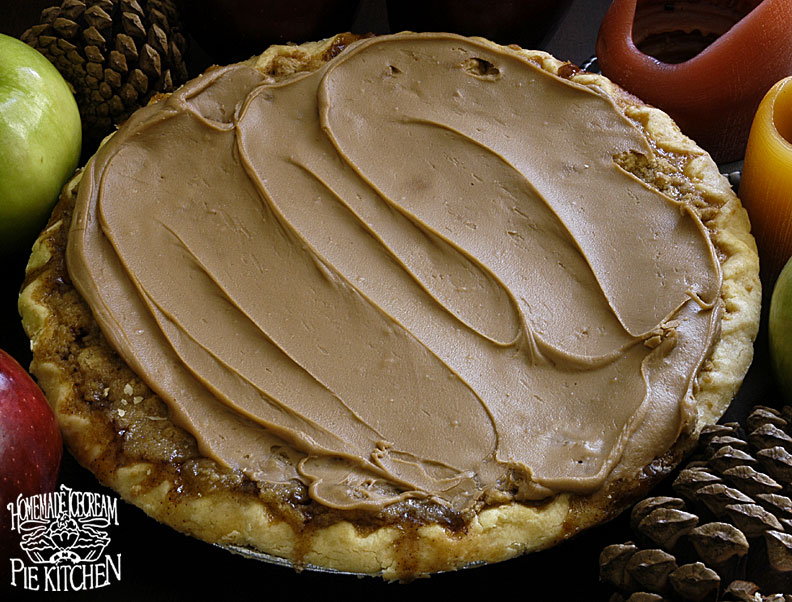 The refurbished Seattle Cinerama opens today! Cupcake Royale will be on the menu.

We love it when two of our passions intersect, like today’s reopening of the revamped Seattle Cinerama, along with news that the theater will be serving some of the best food and drink that The Emerald City has to offer. There’ll be taps featuring some of Seattle’s local microbrews, pretzels from Tom Douglas, offerings from Uli’s Sausage and Cupcake Royale, and more. The theater is a throwback to the grand wide-screen movie palaces of the ’50s and ’60s. Originally opened in 1963 as a Cinerama theater, it was quickly adapted to other movie formats as only a handful of Cinerama films were actually ever produced. A new laser projection system has been added, along with updated sound, and roomier seats for modern-sized Americans. 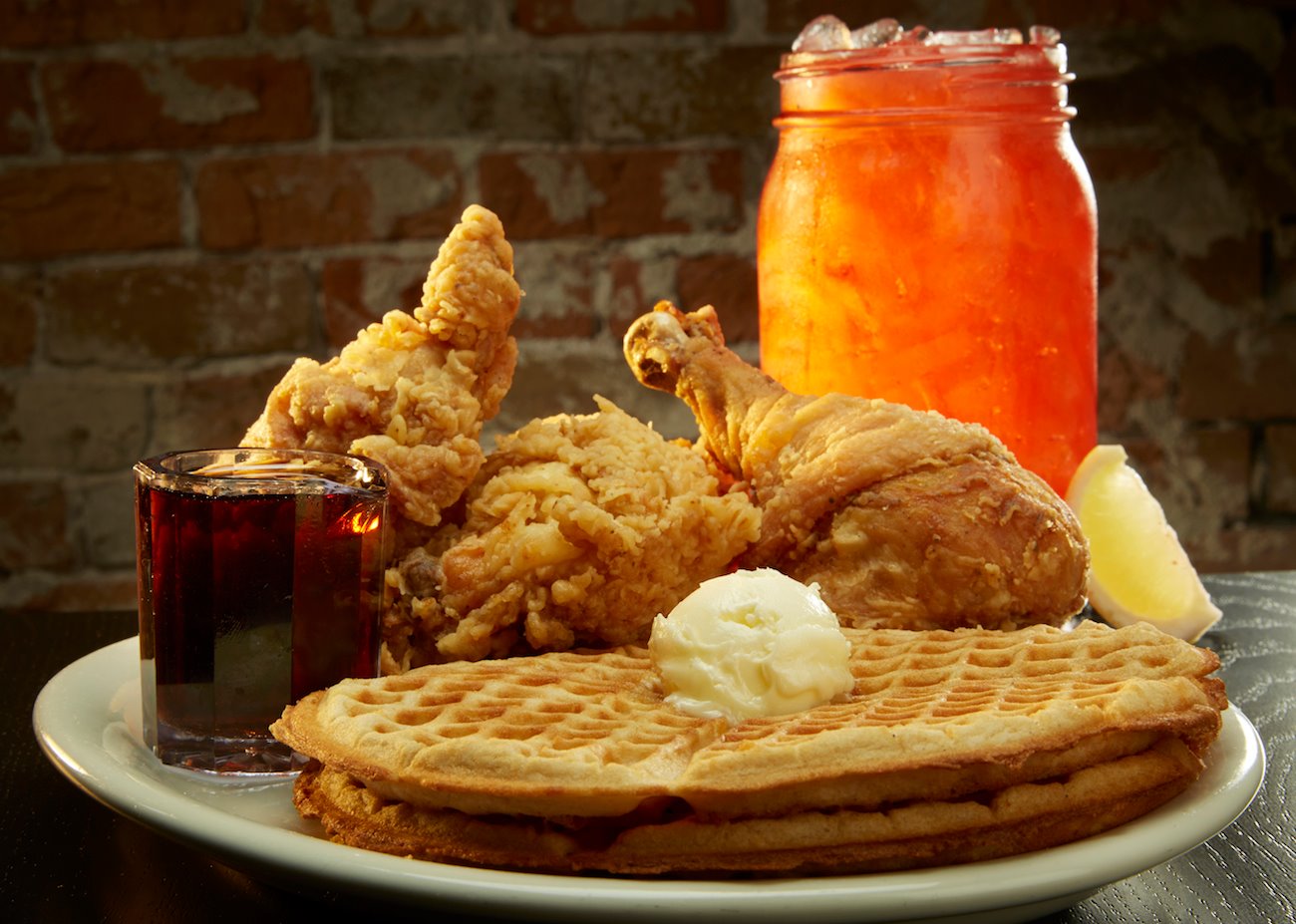 Larry “Lo-Lo” White began his culinary career bussing tables at his grandmother’s Phoenix restaurant, Mrs. White’s Golden Rule Cafe. He went off on his own in 2002, specializing in everyone’s favorite soul food dish, chicken and waffles. He’ll be opening his fourth Phoenix-area Lo-Lo’s Chicken & Waffles in January, in Gilbert, Arizona. He’s also talking about franchising Lo-Lo’s around the country.

24 Pie Places In and Around Austin TX 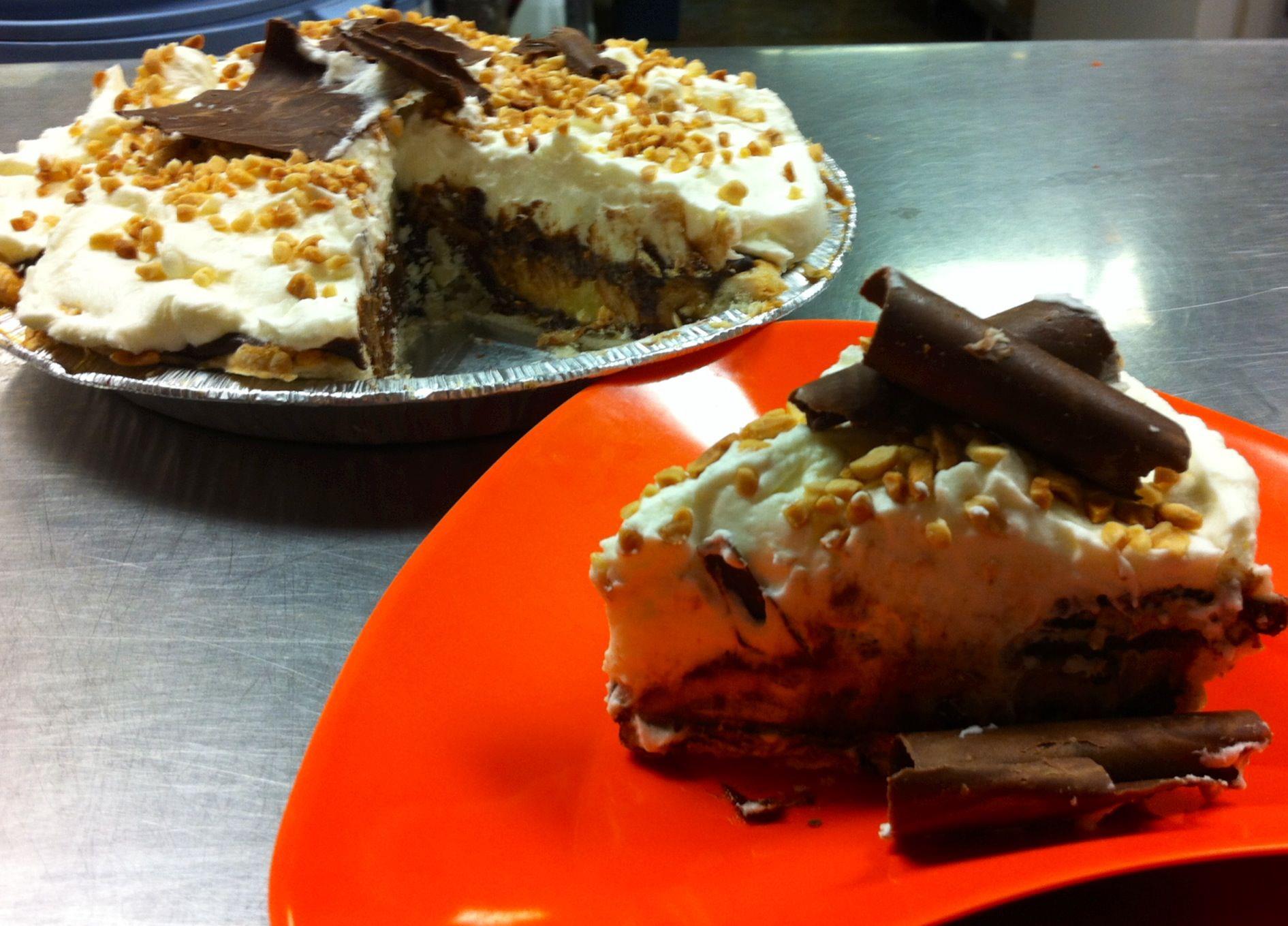 The Love, Elvis ( chocolate cream, peanut butter, bananas, toasted peanuts, topped off with sweet cream and chocolate curls) is one of the many pies found at Kyle, TX’s Texas Pie Company.

Pie is just about as important to the Thanksgiving table as the turkey! Live in the Austin, Texas area and not planning on making your own pies? No problem, because The Austin Chronicle has a list of 19 places in the city from which you can order your Thanksgiving pies, and five more places a little outside the city that are also known for pies, such as Monument Market in Georgetown, Royer’s in Round Top, and Bluebonnet in Marble Falls. Even after the holiday is over, this list could make for an excellent pie tour of central Texas. As always, place your holiday orders early.