For some reason we feel compelled to make this confession whenever we are about to recommend a restaurant for its hash: we like canned hash. OK, not “we”; one of us does (we won’t say which one, but we will say that his wife finds the tightly packed, greasy, cylindrical-shaped substance with an aroma uncomfortably close to dog food to be, how to put this delicately… vile). Hopefully, you’ll take that as an indication of a real love of hash, not a real lack of taste. Because if you trust us, we can direct you to a Las Vegas breakfast jackpot called Hash House, which really is a HASH house. 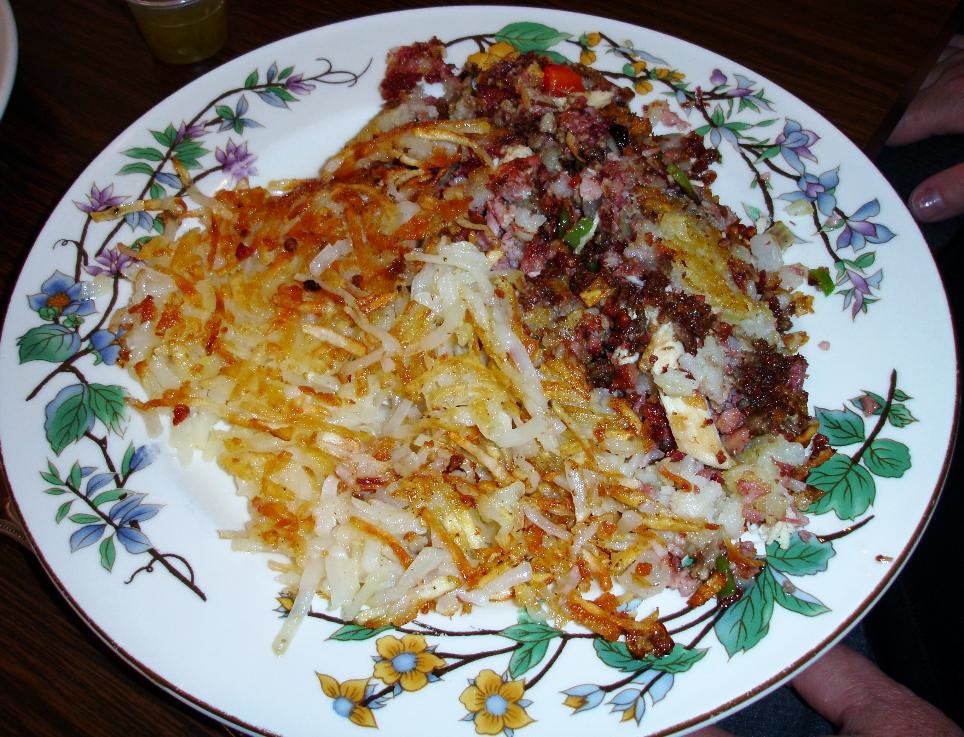 Not only do they cook up a mean plate of hash, but the crusty hash browns are actually made here too.

Hash House is a breakfast and lunch café that prides itself on doing it all themselves. Just about everything on the menu is made in-house: the hash-browns, the sausage and biscuits, the jams and jellies and, yes, the hash. The menu lists the following hash options: corned beef, roast beef, ham, chicken, roast lamb, turkey, salmon, Super, and Party. They’re all made with potatoes, diced peppers, and onions; Super Hash combines the first four hashes, while the Party Hash adds jalapenos and mushrooms to the Super Hash, and scrambles eggs into the mix too! These hashes are a textural jumble; as you fork into the gallimaufry you find some pieces that have crisped up on the hot griddle and others that remain soft and buttery. All are freshly made, and tasting is proof. 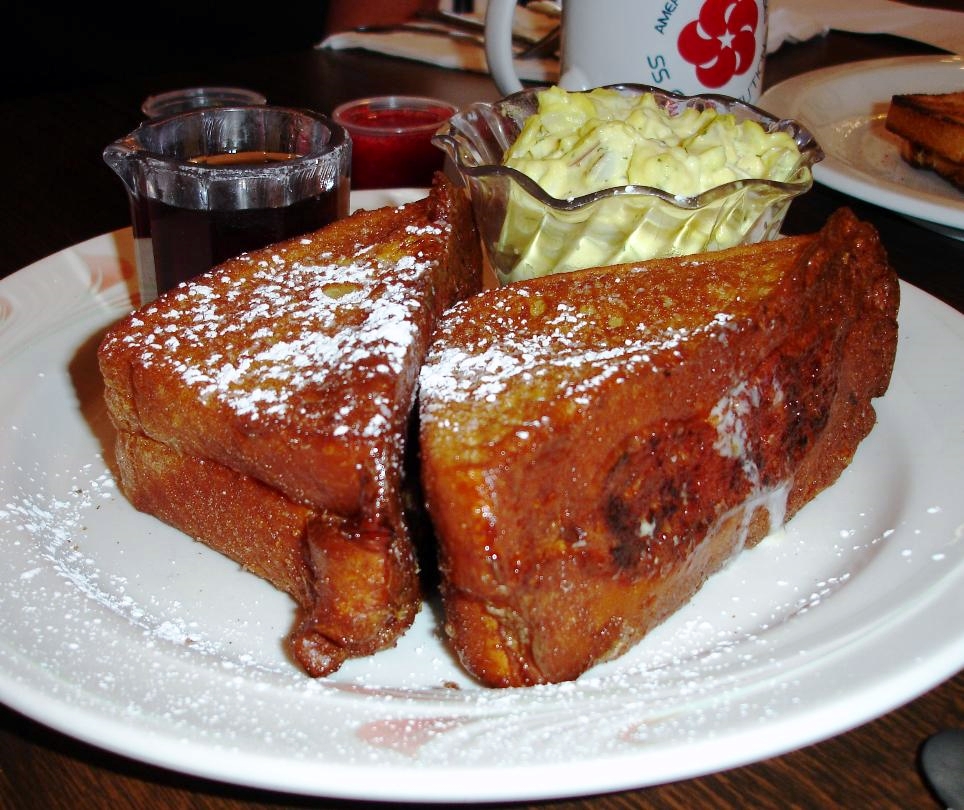 That American classic, the Monte Cristo, is here sided by potato salad that is country-picnic good.

Toast. What’s so special about toast? Well, at Hash House, if you want jam for your toast, you are brought a mind-boggling assortment to select from, in little plastic cups, all homemade. Some flavors you might encounter include watermelon, Habanero, apple, strawberry, jalapeño, peach… the list goes on and on. Try more than one if you’d like; it’s a fun game. 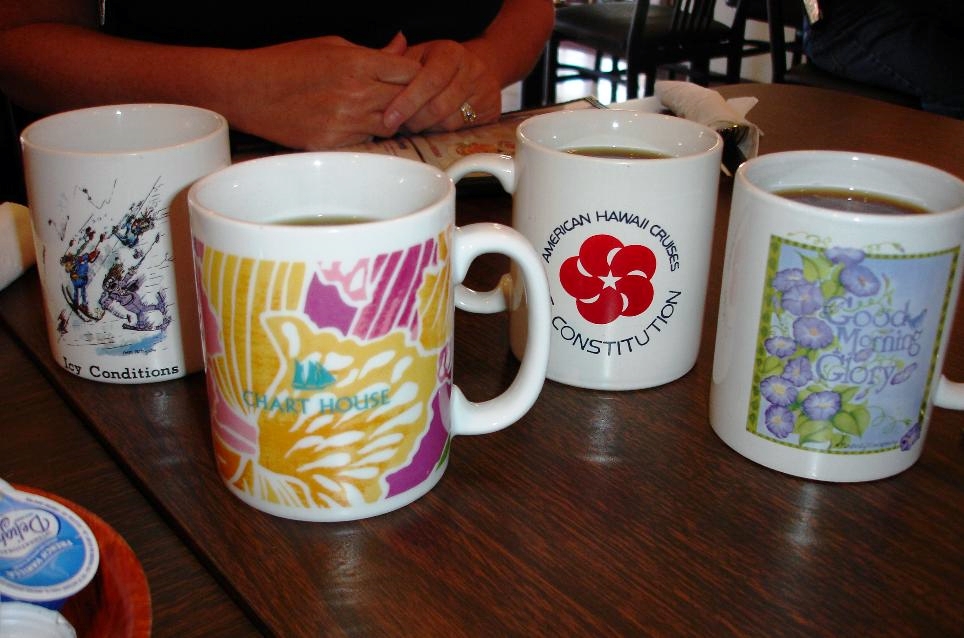 An assortment of coffee mugs

Hash is not all. Of course there are pancakes and waffles and eggs, and they’ll set you up with some sausage gravy and biscuits or country fried steak if you’d like. They even have salmon and eggs. Lunches are a collection of sandwiches, melts, burgers, and salads. Of special interest are the soups-of-the day: highlights include split pea with bacon on Tuesdays, beef stew Wednesdays, and tomato cream on Sundays. 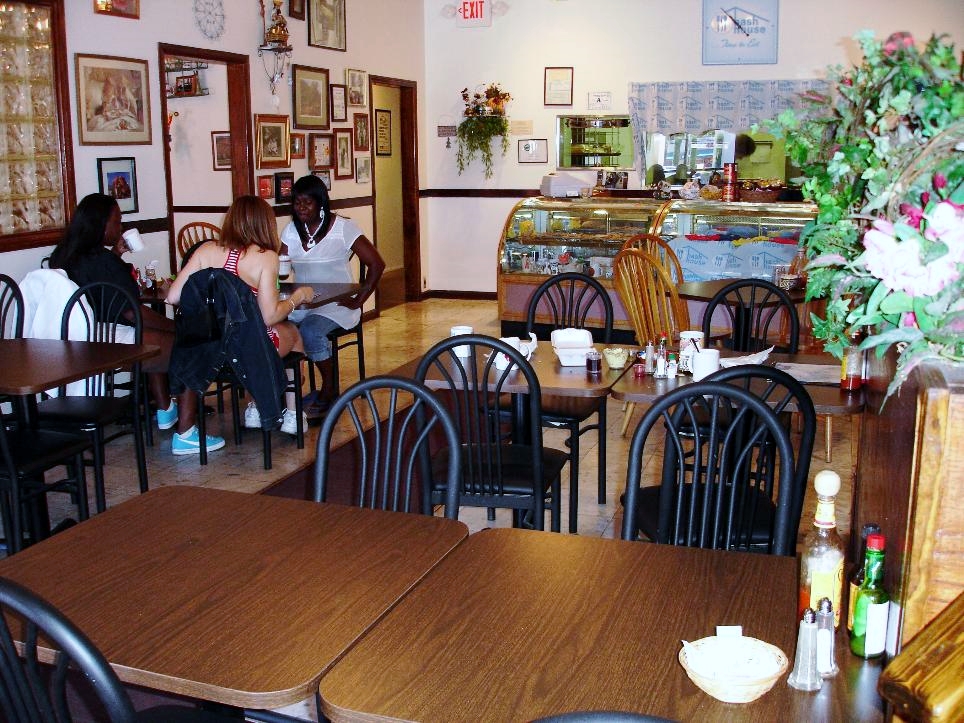 There’s nothing fancy about Hash House. We are grateful for that. 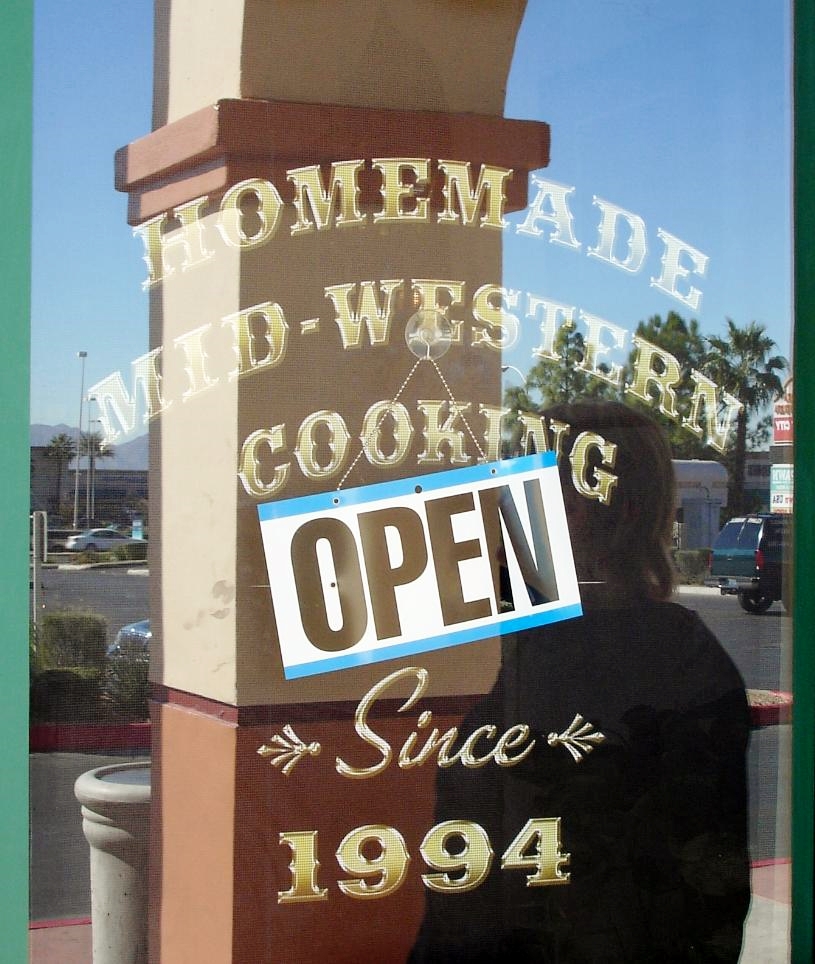 The owners are from the Midwest. So’s the cooking philosophy.

Note: There is a restaurant in Las Vegas named Hash House A Go Go, part of a small chain, and they get much more attention than this Hash House. The two restaurants are not connected in any way. It is the non-A-Go-Go place that we are recommending. 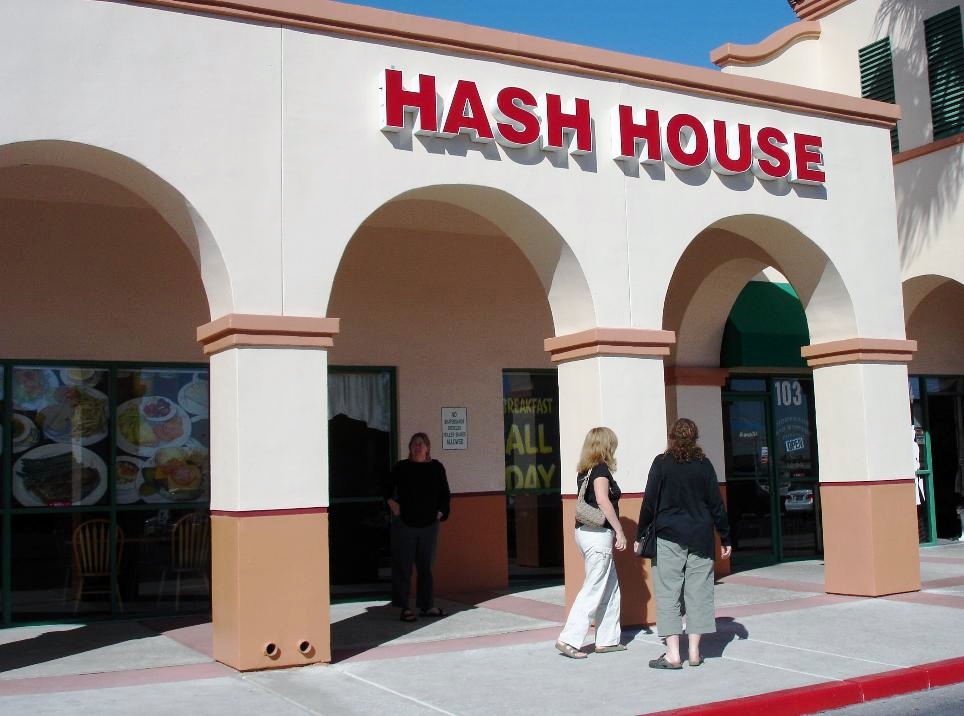 We recommend venturing off The Strip if you’d like to experience a side of Las Vegas most visitors miss.