For a summer patio picnic, Greasy Nick’s is just the ticket. A fiercely downscale New Rochelle spot, across the street from a gas station, there’s nothing refined about the food or setting. This urban shoreline treat is vaguely reminiscent of a New England clam shack, but with a city grit that is far removed from anything you’ll find along the coast of Maine. 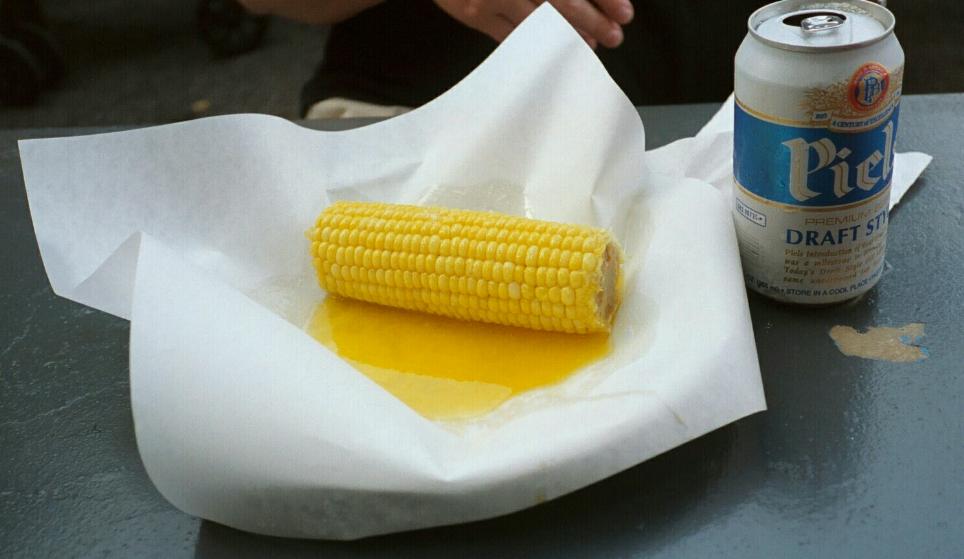 The corn sits in about a full stick of melted margarine.

The usual procedure upon arriving is to enter through the screen door to select your beverage of choice from the cooler. In that cooler you’ll find canned beer the likes of which you may not have encountered lately. Grab a couple of cans of Piels and head outside to find yourself a table (there ARE tables inside, but we’ve never seen anyone using them). Someone will be by shortly to take your order. 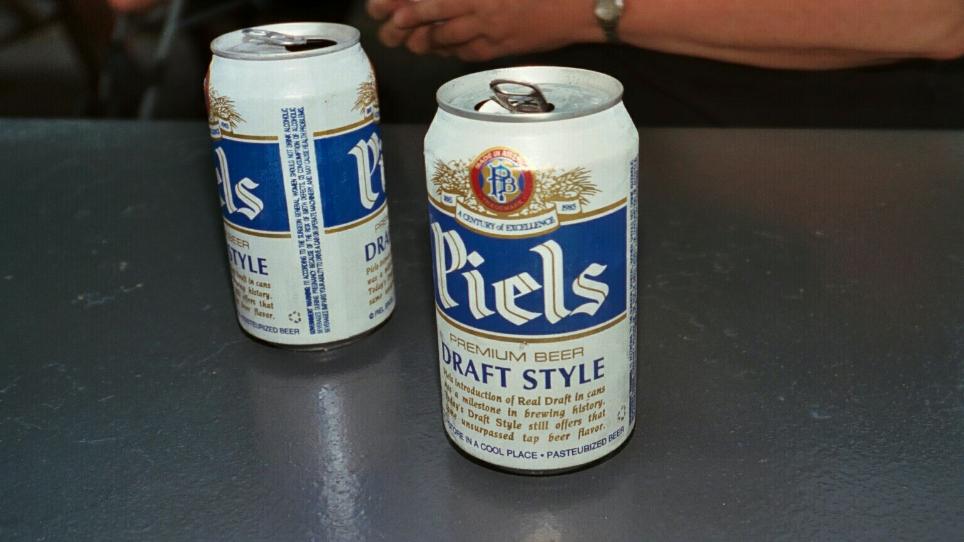 This is not the place to sample the latest microbrews.

This is a clam bar and, on occasion, we’ve had the steamers, but we’ve been burned by that choice too often for us to recommend them. The plates of raw clams we’ve seen many customers devouring look lovely, but we’ve yet to try them. They offer hot dogs and, lately, even fried fish and clams — occasionally you’ll even see soft shell crab on the menu. 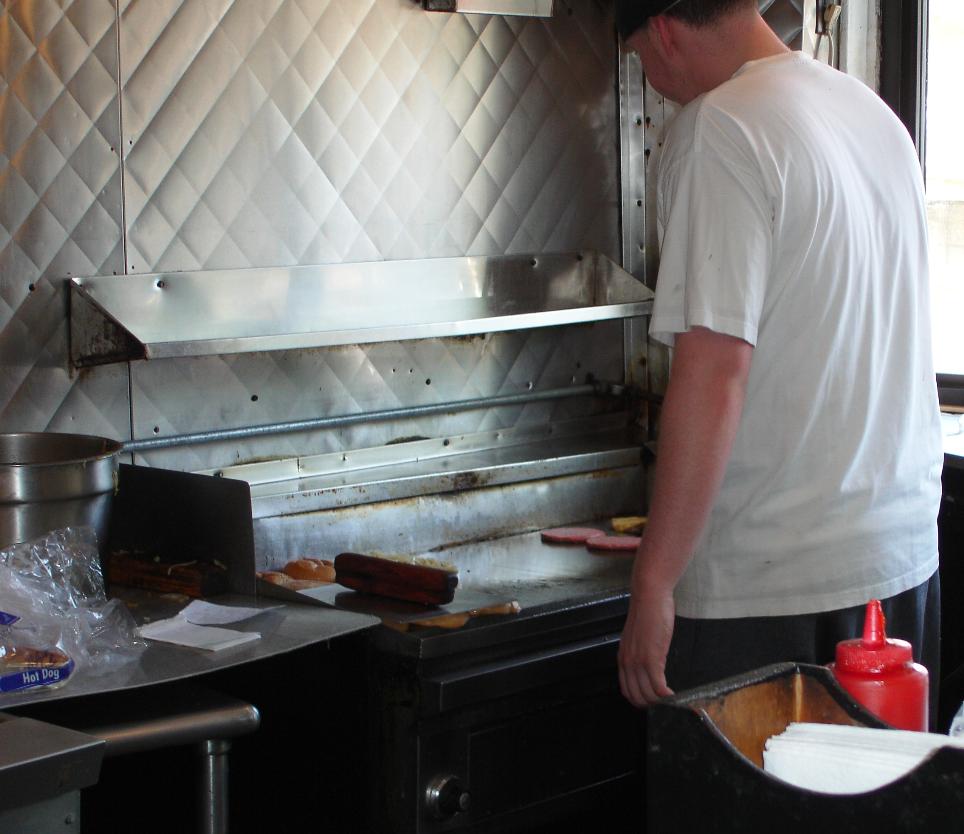 No fancy cooking goes on at Greasy Nick’s.

What else is there to eat? Burgers. The cheeseburger with fried onions is our choice every time, preferably in the double configuration. There is nothing about the burger itself that will open any eyes, but the well-cooked onions and burger juices soak into the hard roll and, combined with the melting American cheese, make a fine summer lunch. 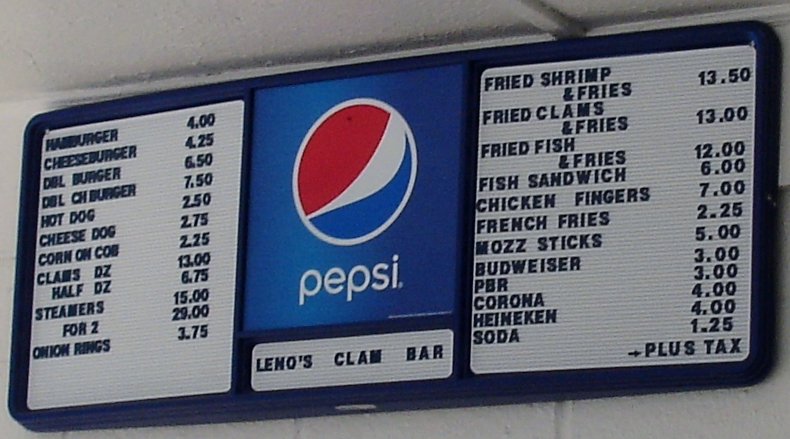 On the side, we get corn. The cobs have been lolling about in their hot bath long enough to reach full sogginess, and they are delivered in a basket, waist-deep in a pool of melted margarine (presumably). Onion rings are ordinary, fries are the pale twigs we remember from Jones Beach on Long Island. Somehow, with the onion cheeseburgers and the cheap beer, sitting under the summer sun, it all works. 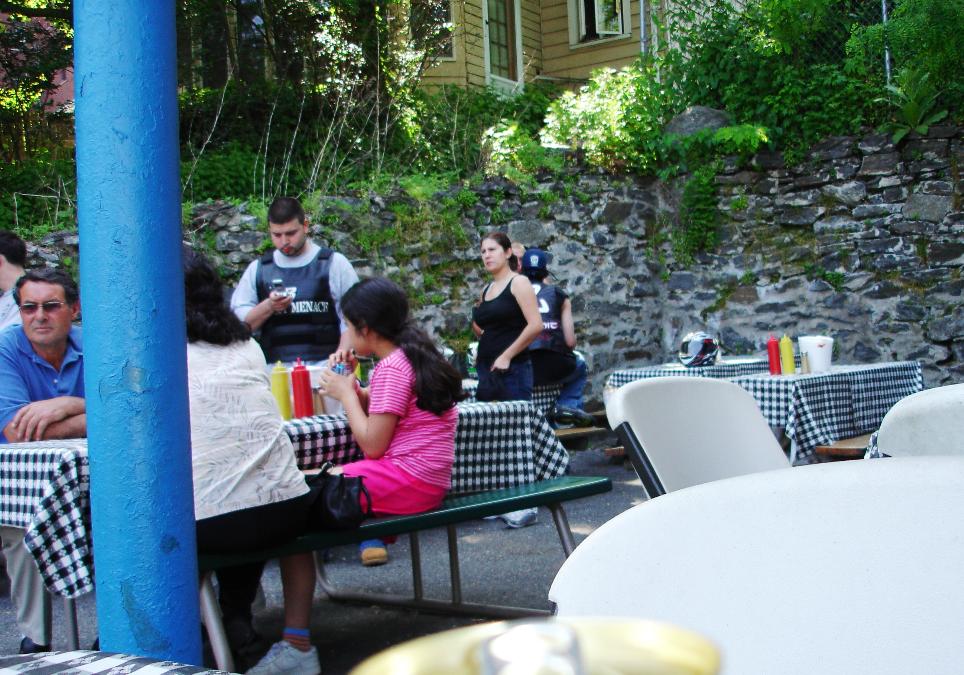 You can dine indoors (which nobody does – there’d be no point in coming here), outside under cover, or at these completely outdoor tables.

Open summer only, it has long been a tradition for the local college students to trek en masse to Greasy Nick’s on opening day. And what about the name? When you look for it, be aware that the official name is Leno’s Clam Bar (the founder was Jay Leno’s uncle, although the name is pronounced Lean-O). That’s what the sign says. Yet nobody, but nobody, we know has ever called it anything but Greasy Nick’s. So Greasy Nick’s it is. 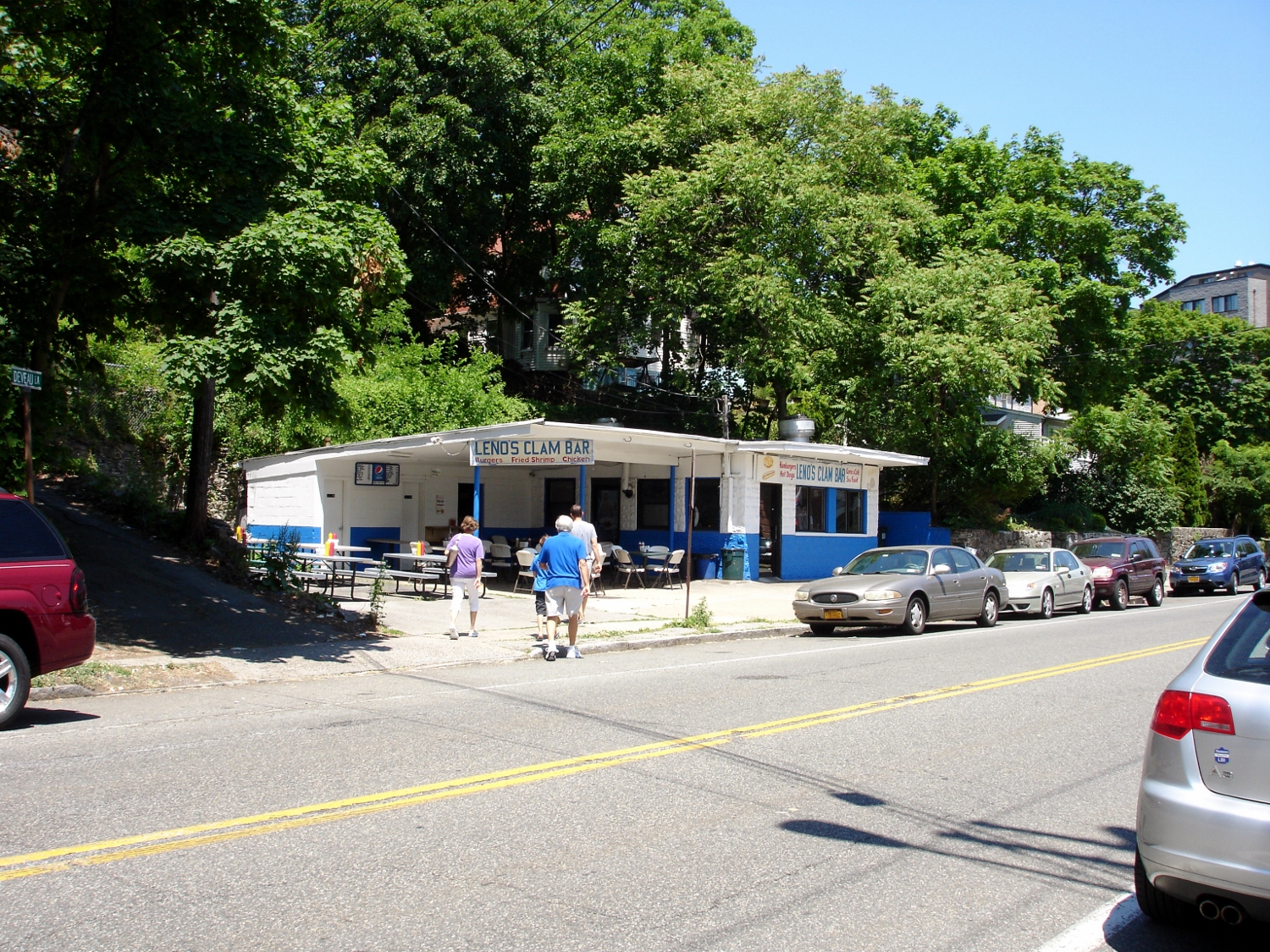