The Elite is a Greek-American-owned Southern diner, opened in 1947 by Pete and Jimmy Zouboukos, serving a terrific enchilada plate. It’s not a diner in the New Jersey sense of the word, yet they specialize in the kinds of food you would expect to find in diners, if diners had originated in the American South; simple, comforting food.

We well remember our first visit to the Elite many years ago, when our Northeast accents apparently made us something of a novelty here. We received much playful attention from our waitress, who eventually alerted the owner, Peter Zouboukos, to the presence of a couple of Yankees. Mr. Zouboukos delighted in telling us stories of his early days as much as we delighted in hearing them. The Zouboukos brothers are long gone but the Elite (say Ee’-lite) remains in the family to this day. 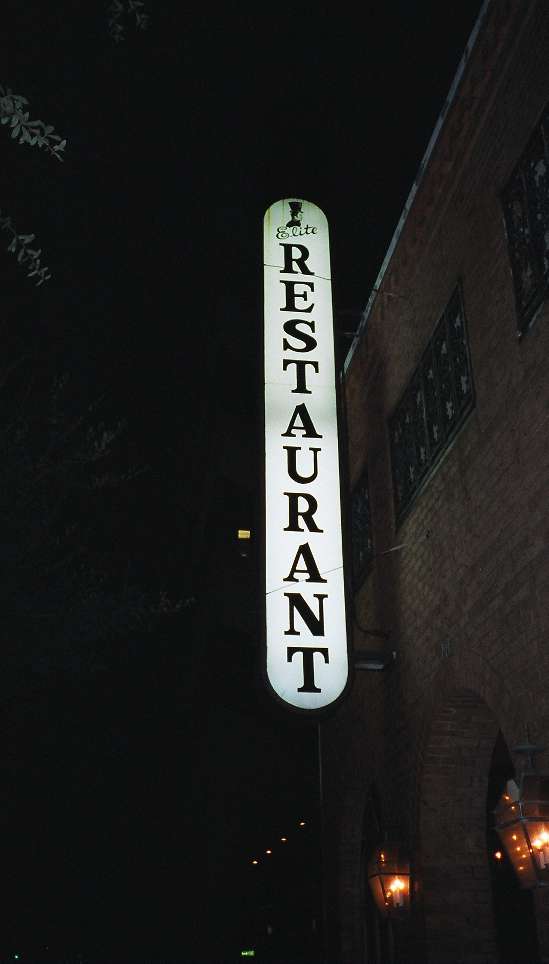 Despite the formal attire on the Elite gentleman, dress is casual.

An iceberg lettuce salad arrives with a squeeze bottle of dressing. This is the Jackson classic Comeback Sauce (although not referred to as such by the menu or your waitress), a cousin of Thousand Island. Refreshing. Shrimp are fried greaselessly in a tempura-like coating. The enchilada plate is simply as good as it gets, gooey, laced with raw chopped onions, and topped with a mantle of orange cheese. This is not delicate food. Meals come with a basket of outstanding, hot, freshly baked rolls. For dessert, we recommend the chess pie, almost like sweetened and lemoned butter in a flaky crust. A slice will satisfy two of you. We highly recommend visiting the Elite for some good home-style cooking and Greek-accented Dixie charm.