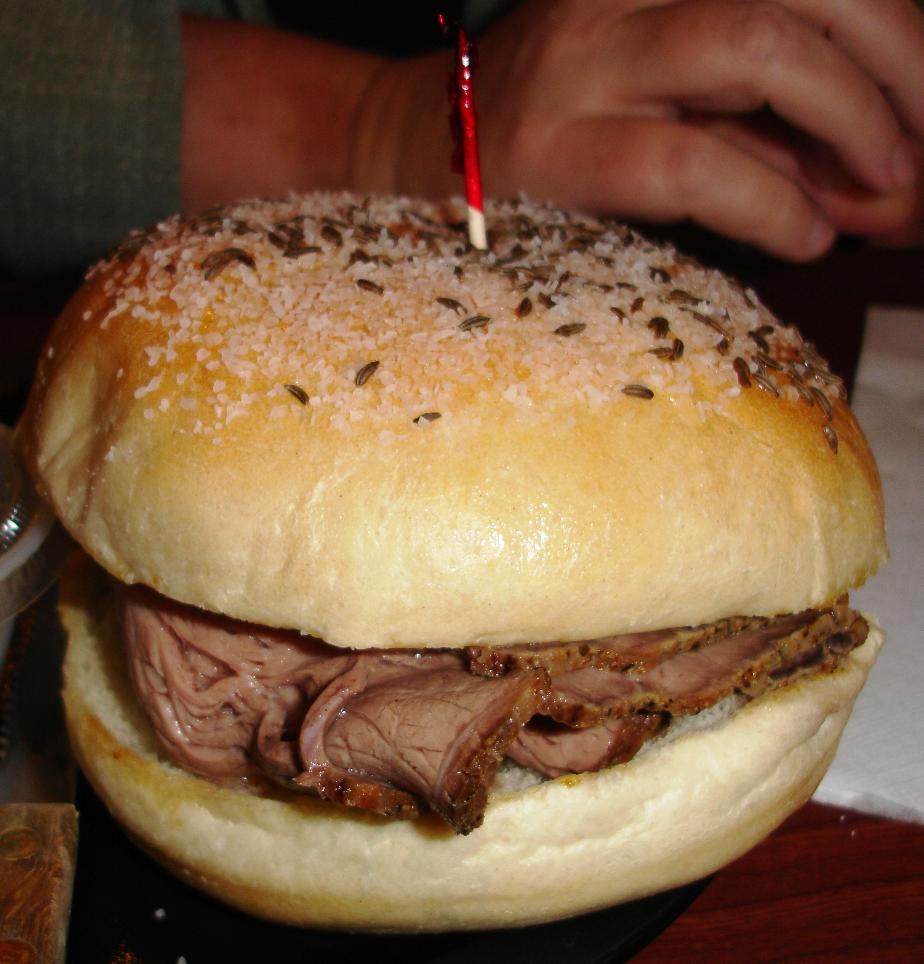 You can bet that any restaurant that serves wings will also have beef on weck on the menu. Duff’s version, on a well-salted and seeded roll, is so-so.

Duff’s is often touted as the in-the-know alternative to over-the-hill Anchor. In our experience, Anchor is king-of-the-hill, not over it, serving the best chicken wings we’ve ever had. Duff’s is good, too, but the two places couldn’t be more different. While Anchor is an old tavern in an old downtown neighborhood, Duff’s is about sauce and scene, and pitchers of brew, served in a wing-dedicated eatery in the suburban northeast. 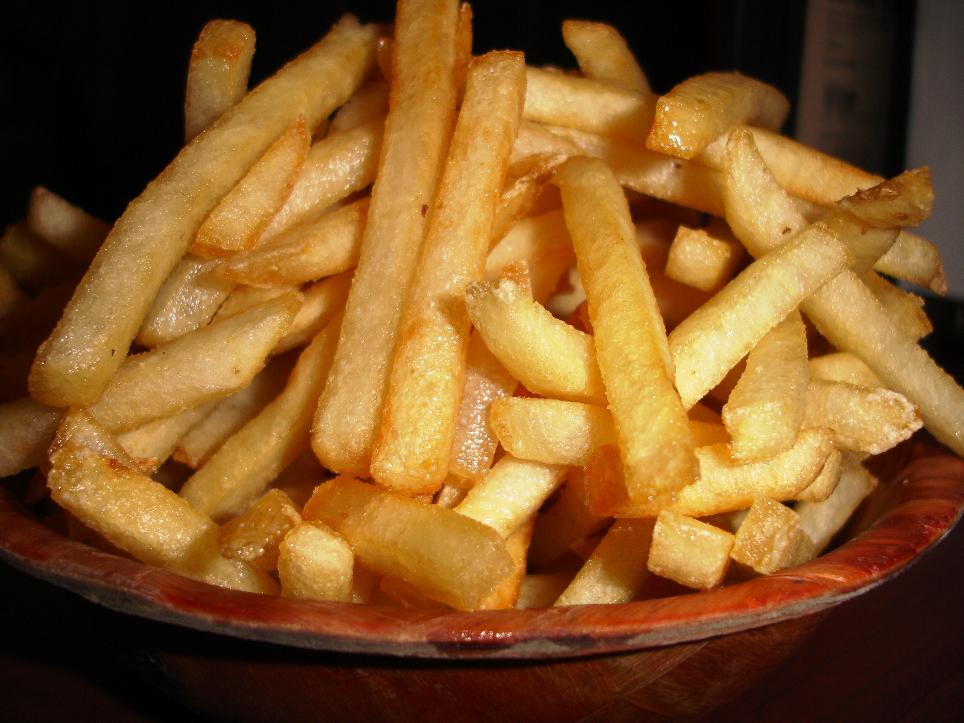 We like to have something starchy and bland every now and then to relieve the tongue of the intensity of the wings. Duff’s fries are ordinary, but do the job.

Duff’s sauce is legendary, with good reason. The viscous orange substance is hot, tart, and salty, and it clings to the wings in thick billows. This is good stuff. The house motto/warning, worn on the back of every waitress’ shirt, is “Medium Is HOT, Medium Hot Is VERY HOT, Hot Is VERY, VERY HOT”. 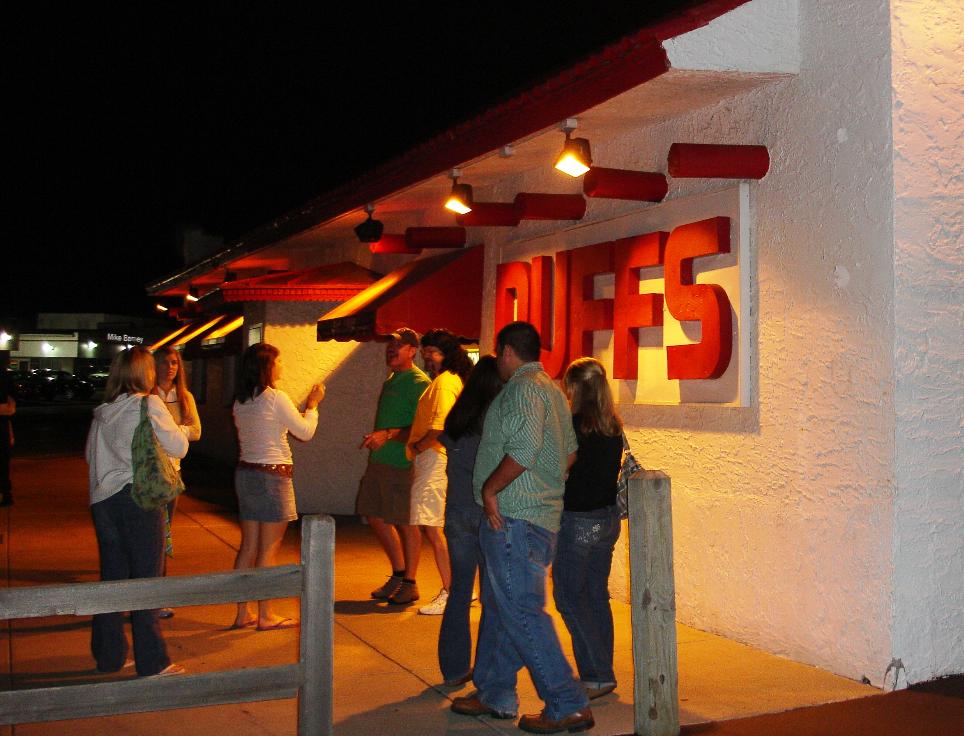 Duff’s is a very popular hangout located at a major suburban intersection.

The wings are nicely fried, but with all that sauce poured over them, the crust tends to soften, and the taste of the chicken gets lost in a flavor tidal wave of pepper and vinegar. These wings are a vehicle for consuming great sauce. We find the medium hot to be about right, heat-wise, but a lower heat level (with presumably less sauce) might help bring the chicken/sauce ratio back into balance. Perhaps ordering the sauce on the side is another good approach. We saw one customer eating the wings sauceless, and they looked terrific.

The place is not big, and there is often a wait for a table. The waiting area has access to the bar, and to some electronic games and a TV to pass the time. The noise can be almost deafening, so be forewarned. Duff’s is very popular with college-age and younger customers, who can often be seen hanging around outside (it’s not clear if they’re waiting for a table, or just enjoying the scene). The other food we’ve tried has been ordinary at best. Stick to the wings.

Note: There are four other Duff’s branches in the region, three more in Canada, and one in Texas.