There’s actually a place called Castle Danger — it’s a community about 10 miles up the shore from Two Harbors, and that’s where the brewery was founded in 2011. When they expanded, they moved to Two Harbors. Like Bent Paddle in Duluth, you see a lot of Castle Danger available in bars and restaurants around here. 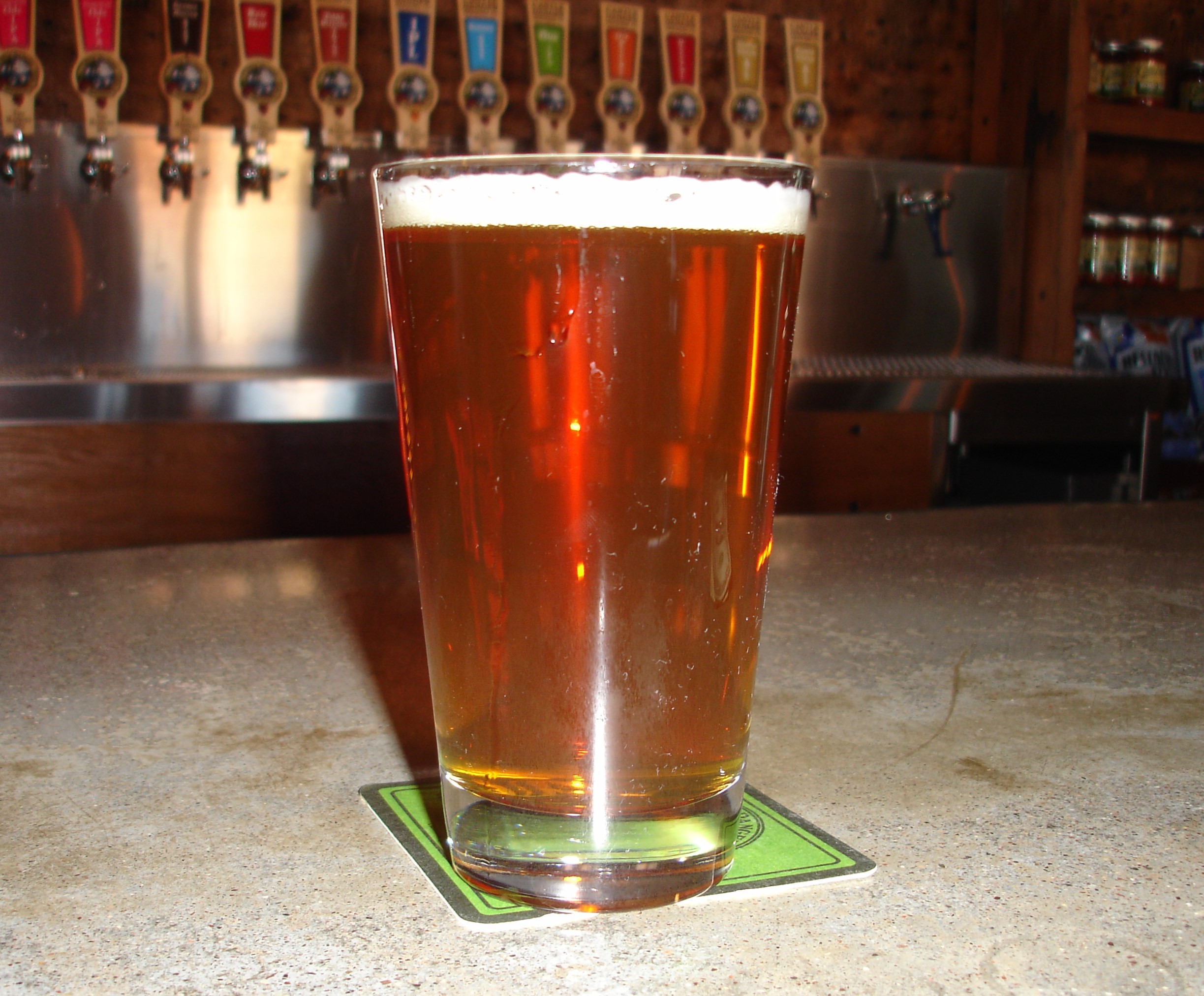 Bruce is a malt fiend in the way that IPA lovers go for hops (he still eats Maltex for breakfast!), and Castle Danger’s flagship Danger Ale did not disappoint.

We were there during happy hour, when tap beers were all a dollar off. At the same time, they were winding down their Summer Crush summer ale, selling off what was left at $2 for the 11-ounce and $4 for the 18-ounce. Yes, that means one could enjoy an 11-ounce Summer Crush during happy hour for a buck! Sue, of course, partook generously after she finished her requisite IPA. 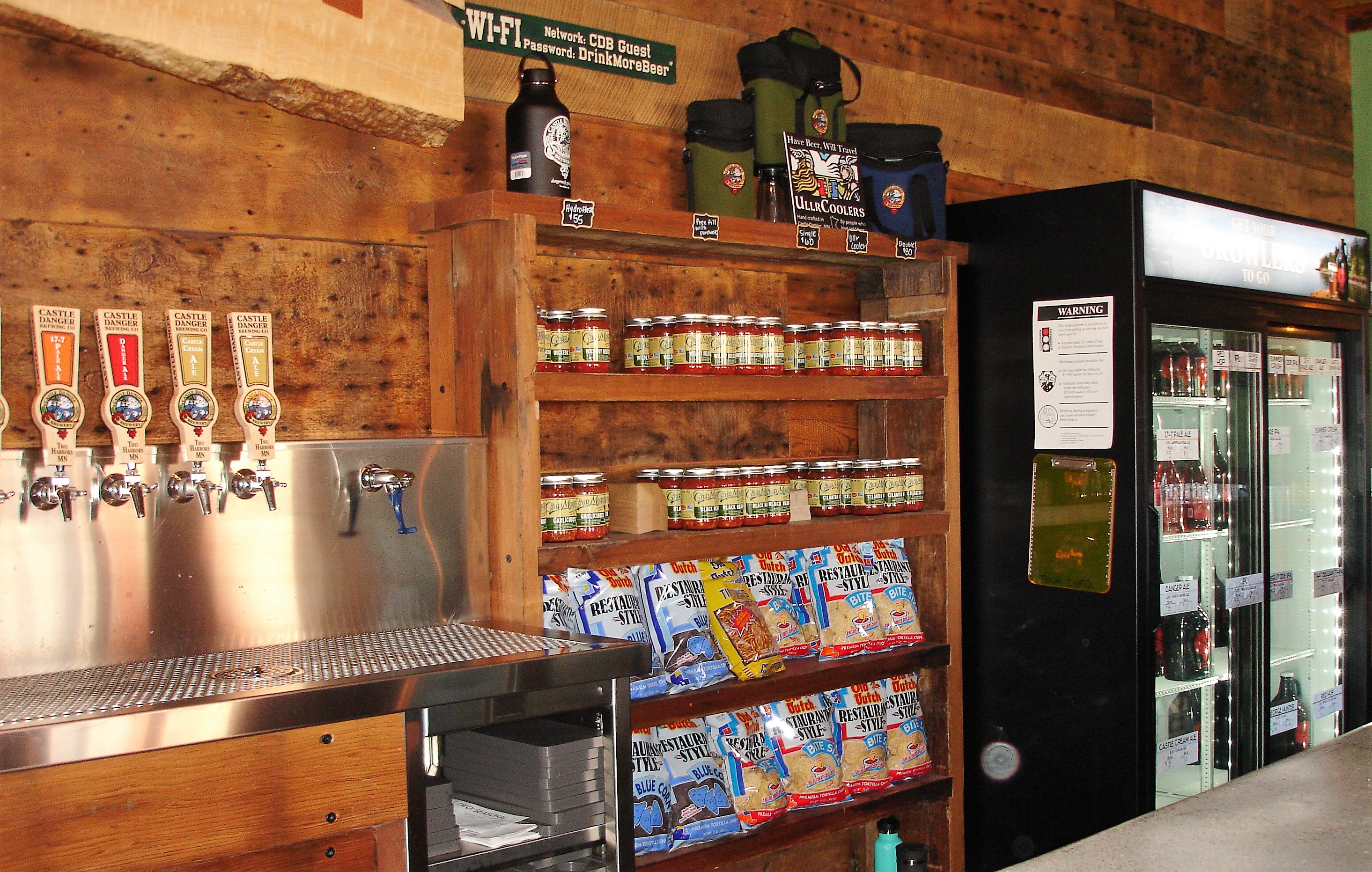 They don’t serve food at Castle Danger but you’re welcome to bring something. Or you can buy a bag of chips and a jar of salsa right here!

Tours are given Saturdays at 5P. They last a half-hour and cost $3, which goes to the local food bank. 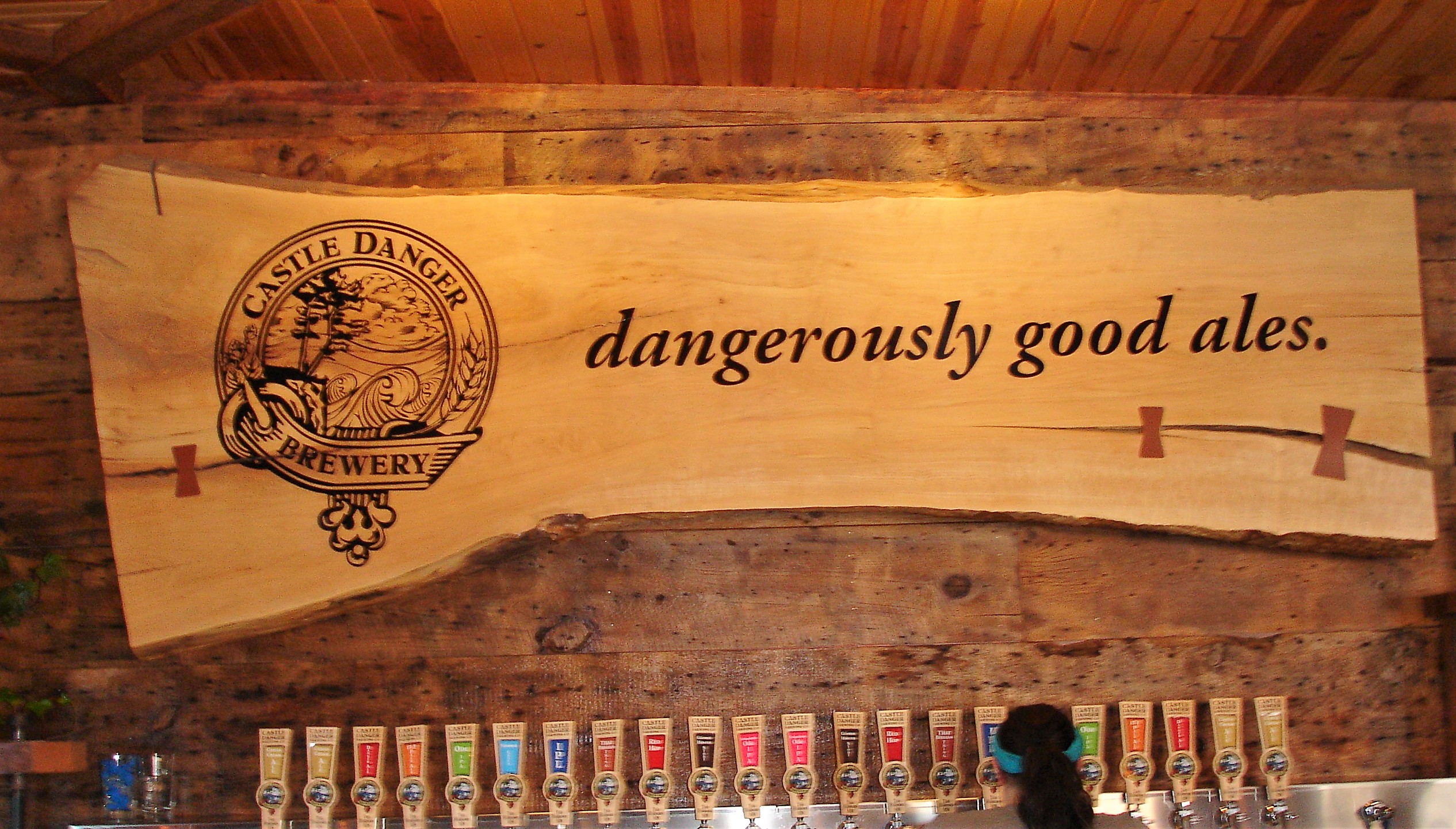 We love the locally made sign above the bar. 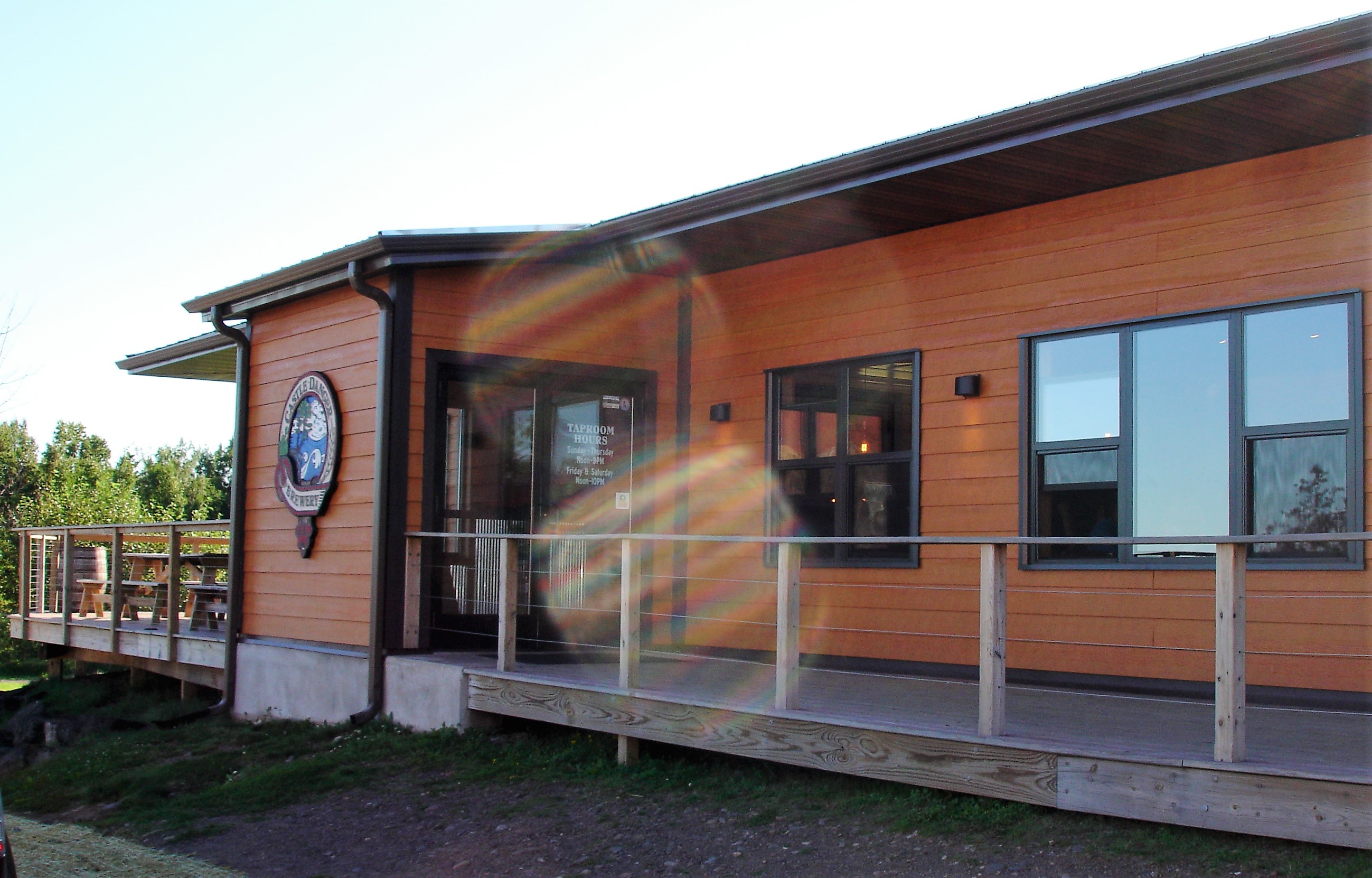 Checking In At, Two Harbors