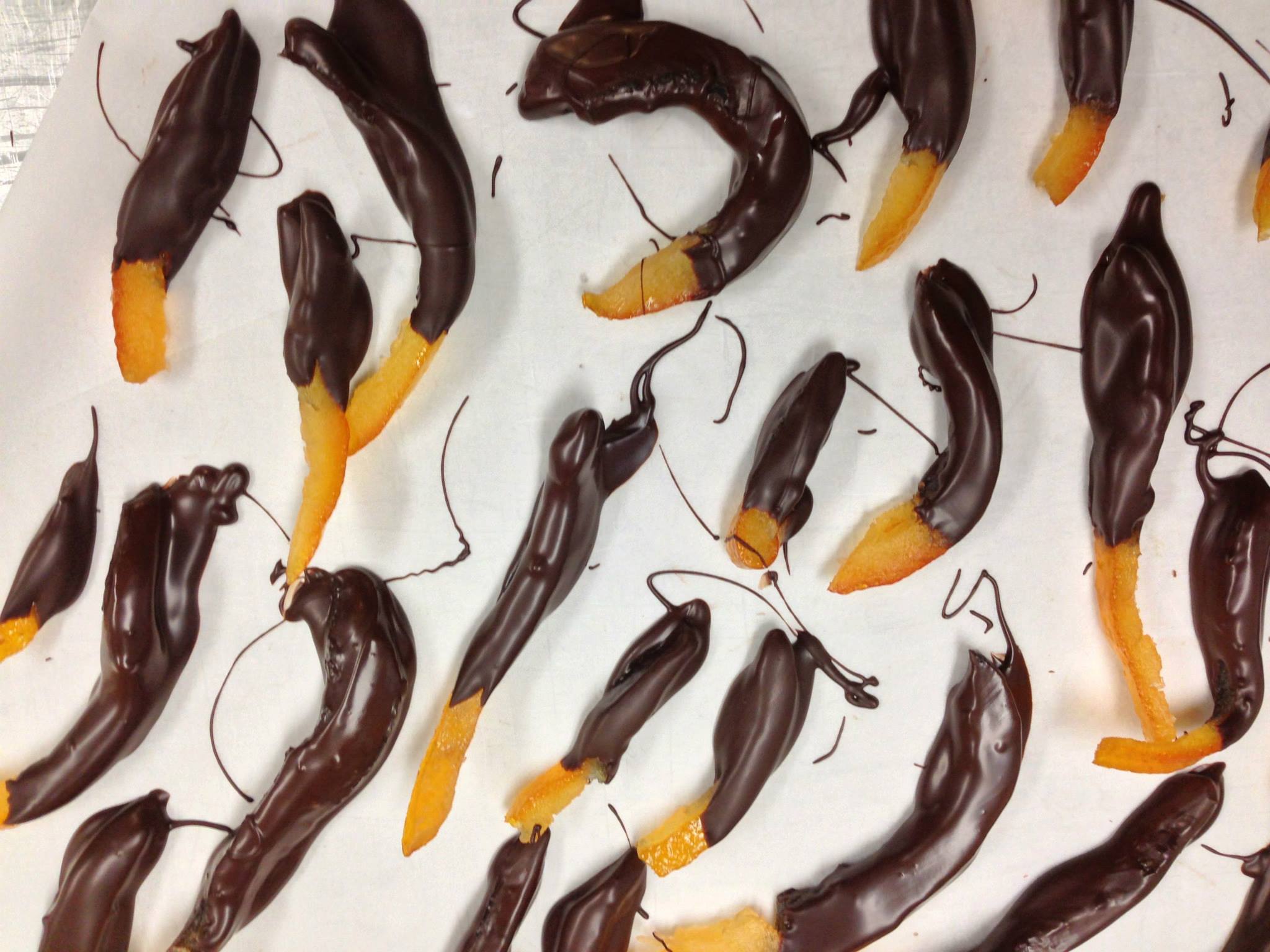 The sisters’ repertoire of homemade candy is wide-ranging: there are turtles, salted or not, Air Crunch (known elsewhere as sponge candy or fairy candy) enrobed in dark or milk chocolate, homemade caramels, chocolate-covered pretzels and Oreos, jellies, barks, clusters… the list goes on and on. They even sell chocolates shaped like leaping fish, called Mel’s Fish, in honor of the previous occupants of the building. 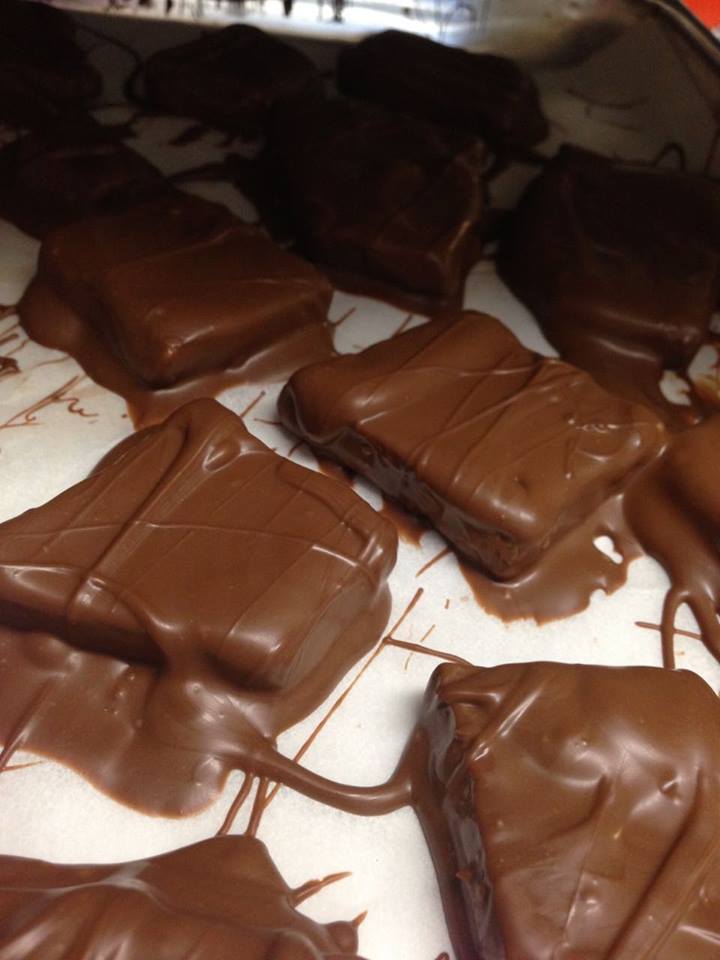 The sisters make a good version of chocolate-dipped English toffee.

We are peanut candy fanatics, and we both can heartily endorse the chocolate-coated peanut butter balls known as buckeyes, and the peanut butter meltaways. We were not as enchanted with the too thick and too hard peanut brittle. Candied Italian orange peel and candied ginger are dipped in light or dark chocolate – go for the dark. We also give a thumbs up to the chocolate-covered English toffee. 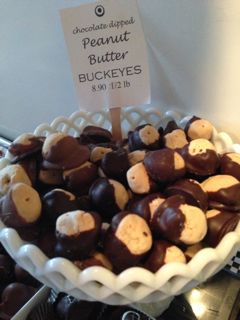 We just don’t see buckeyes back home in New Jersey. We are fans.

They also make something called bear tracks, which are like turtles made with cashews, and shaped more like paw prints. We purchased a box as a gift, and we surprised even ourselves by honoring our intent, so… we can’t offer a first-hand report. 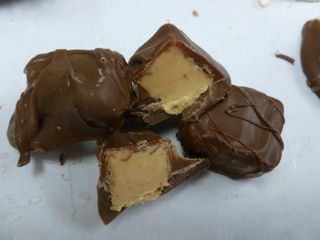 The peanut butter filling for buckeyes is firm, like fudge. The meltaways are, well, meltingly creamy.

We must have been overcome by the sight of all that chocolate because we somehow neglected to photograph our chocolate bounty which, we must sheepishly admit, we polished off in one evening. Hence, all the photos you see are from Great! Lakes Candy Kitchen. 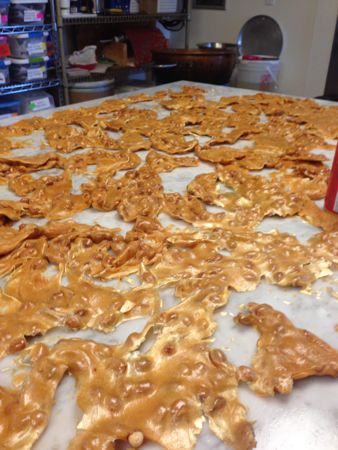 The peanut brittle did not do it for us. It was too hard and thick, and needed more peanuts. 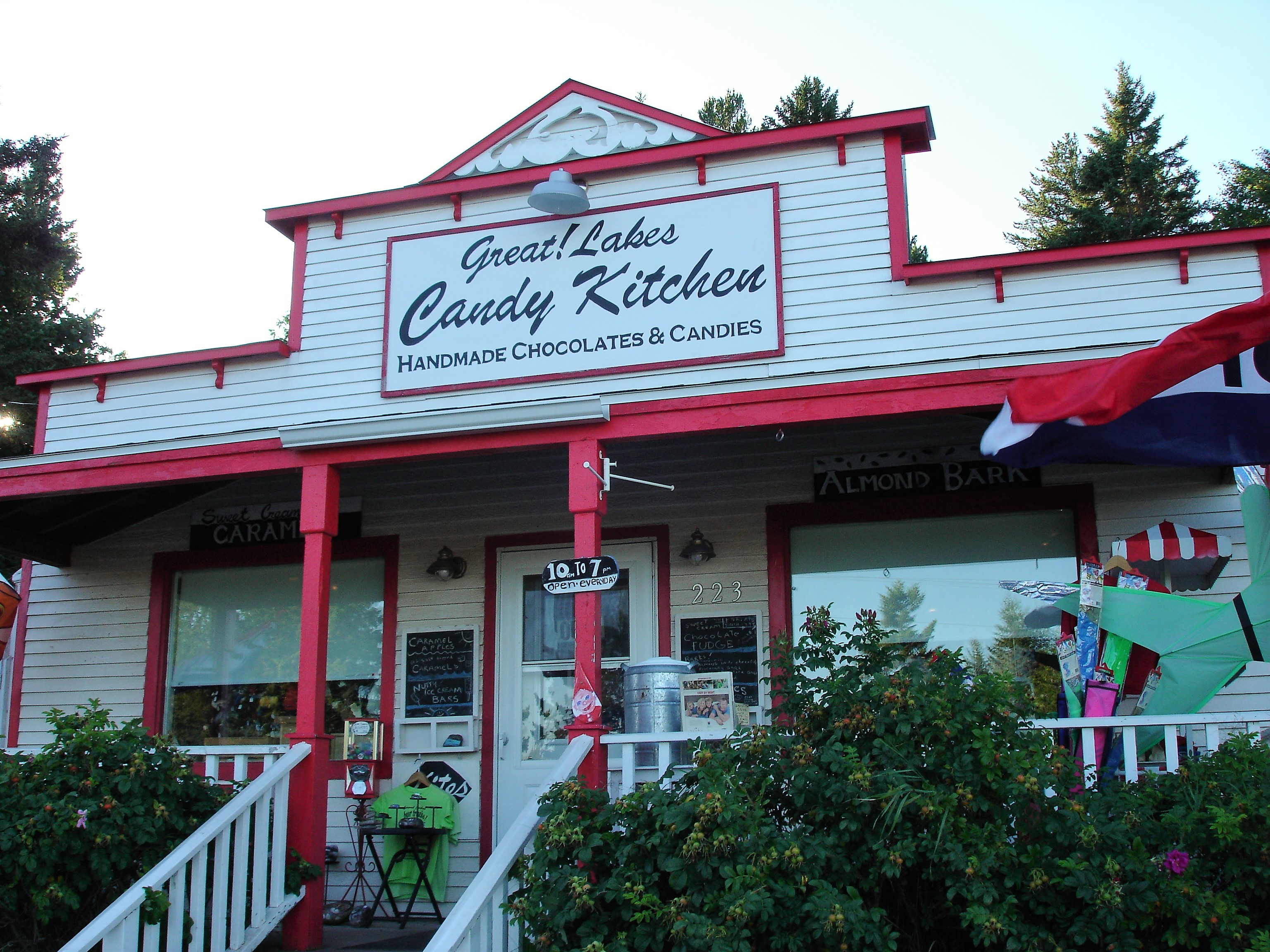 From smoked fish to candy