Checking in at: Abbott’s Lobster in the Rough, Noank CT

We had a gorgeous, sunny day for our kind-of-annual visit to Abbott’s on the eastern Connecticut shore. There was once a time, many years ago, when we were able to say that we’d tried everything on Abbott’s menu. No more; they continue to add to their offerings. There’s a steamed artichoke, bowls of pasta, ribs… presumably for fish-frowners dragged here against their will. We sampled the lobster deviled eggs for the first time today: they are fine, the eggs themselves are a little sweet in a Miracle Whip kind of way, and the lobster is totally unnecessary. Which we say about lobster mac ‘n’ cheese as well. 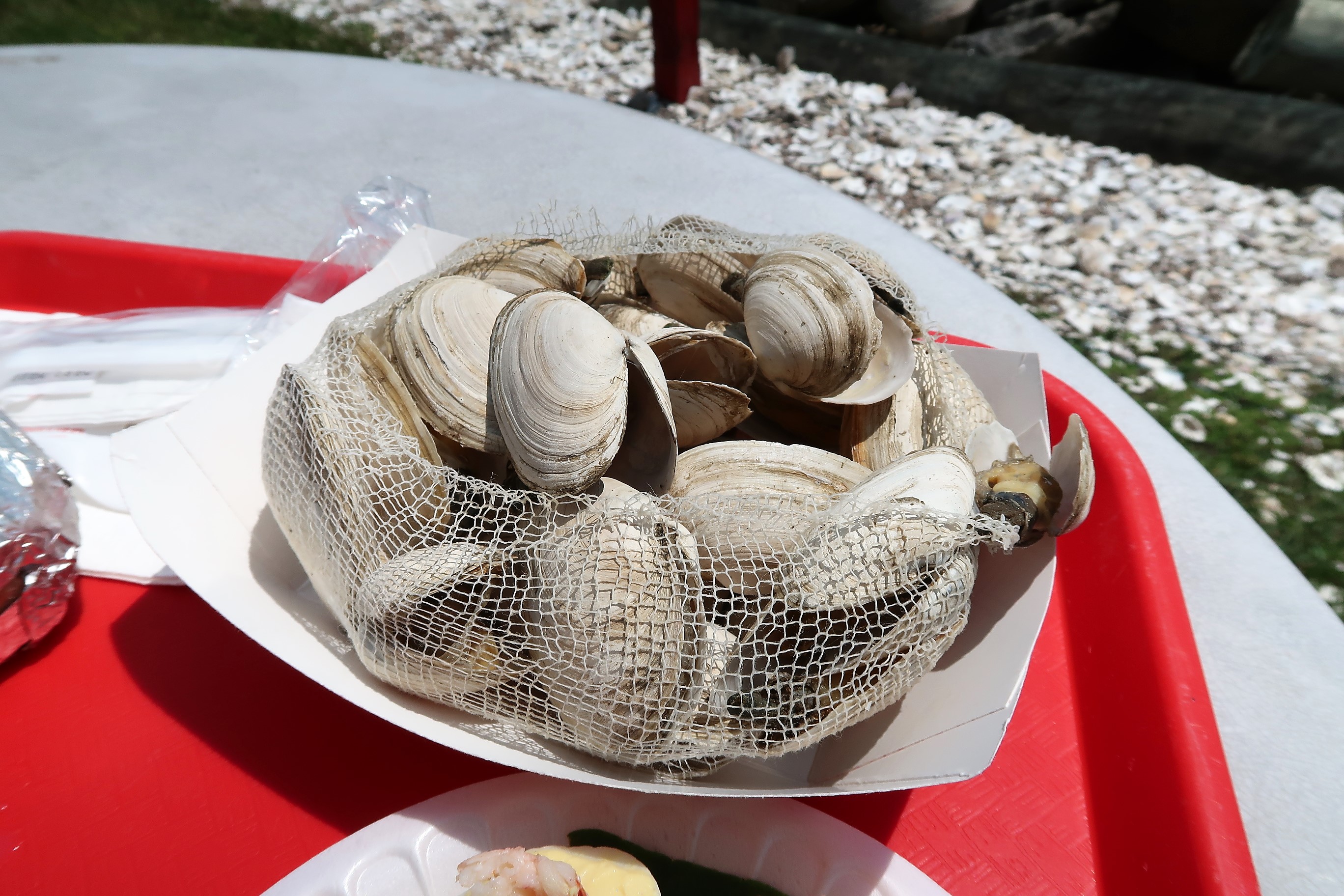 Abbott’s steamers, served with hot melted butter and clam broth, are one of the highlights of Abbott’s. The farmed clams are from Canada, and they are as sweet and grit free as can be.

There are three things we always order at Abbott’s: clam chowder (the murky local kind, not the creamy New England version), the steamers, and a giant lobster, which we split between the two of us. We believe the chowder and steamers stand up to any others anywhere. The lobsters are up to Maine coast snuff. 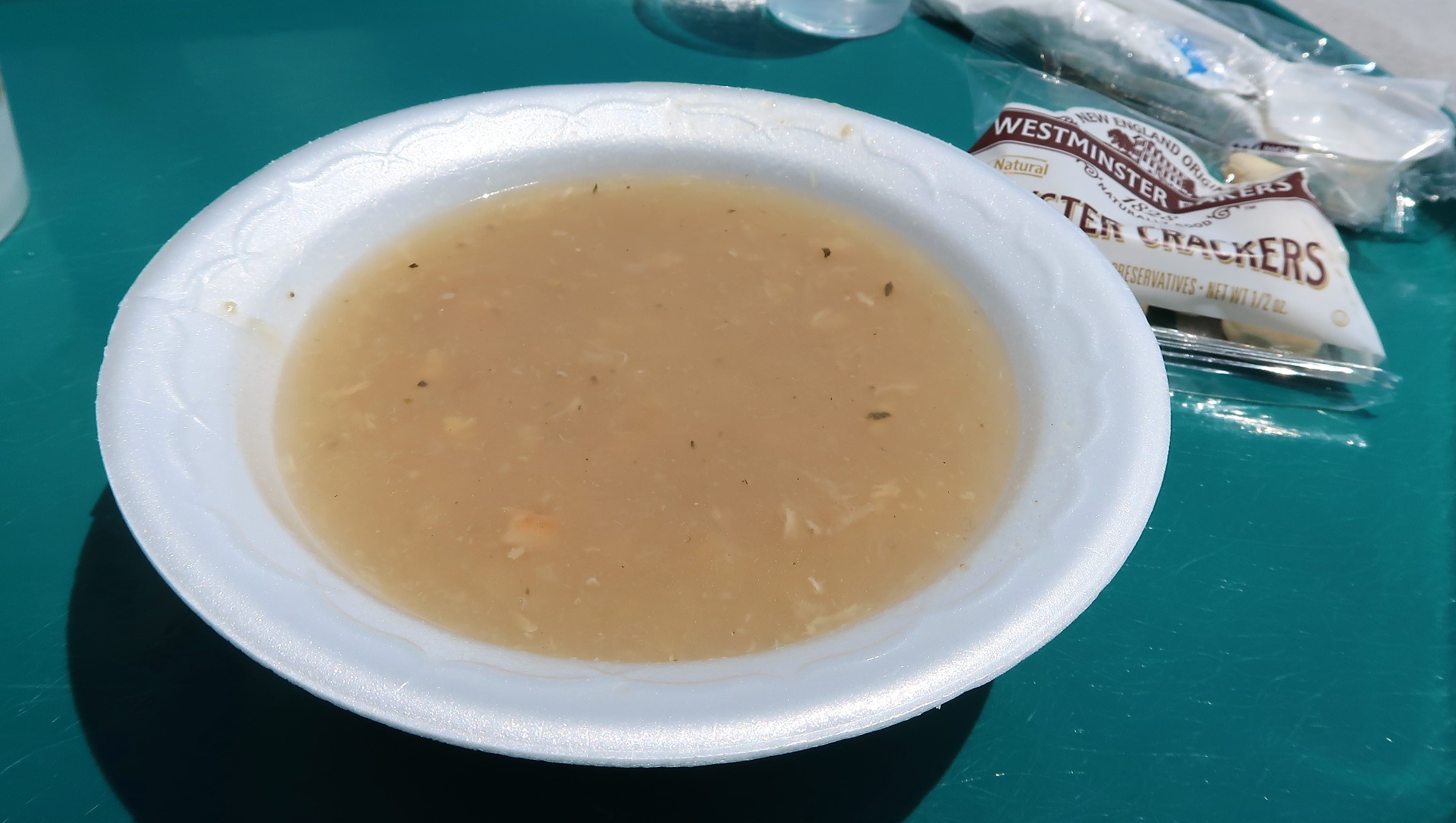 They have two kinds of chowder these days. We’ve not tried the creamy version, because the regular chowder, often referred to as Rhode Island-style (but here they just call it Clam Chowder), is as good as it gets, here, in Rhode Island, or anywhere else. There is usually a coupon you can print out from Abbott’s website that entitles your entire party to a free bowl of chowder each, between Memorial Day and Labor Day, Mondays though Thursdays.

We diligently photographed everything we ate, until our number was called for our four- to five-pound lobster. The sight of the red and black creature was so overwhelming that we dove right in and forgot to take a picture! You’ll have to take our word for it – the lobster was cooked right, and when you get one that big, there’s plenty of meat to be found in places other than the claws, knuckles, and tail. (Look for it in the legs themselves, and especially where the legs join the body, much like a crab.) 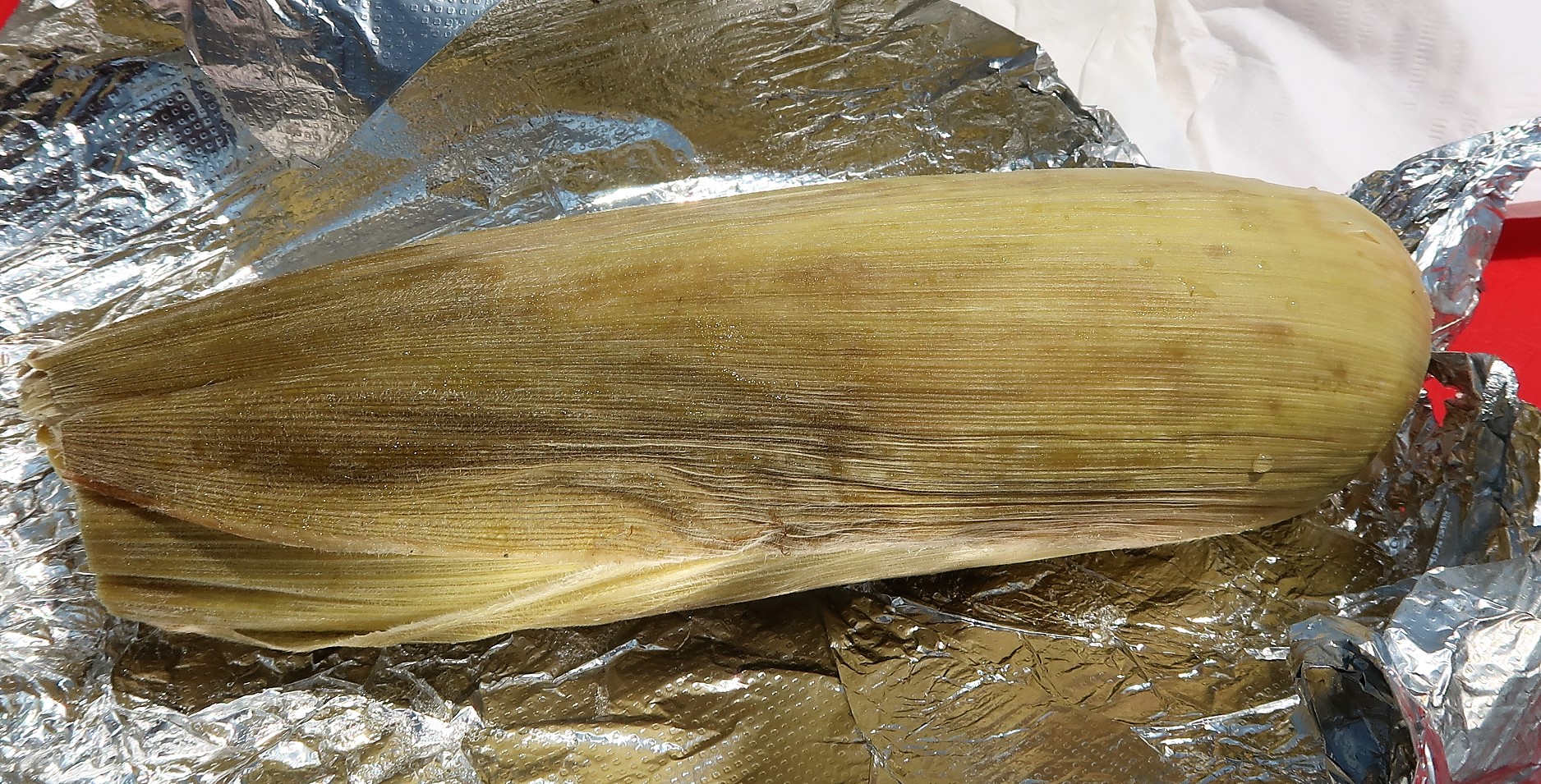 It takes a while to cook a large lobster, which means you’ll have to find ways to pass the time. We do so by eating: steamers, chowder, and corn on the cob.

Abbott’s takes a little critical heat these days, we think unjustifiably. We have a theory as to why: it once, decades ago, had a reputation for some of the finest lobster rolls on the New England shore, especially the Connecticut-style rolls with melted butter. These days, the rolls are made with a combination of bagged and fresh meat (though we suspect the fresh meat makes only a cameo appearance), and they are not what they once were.

They still make a “thing” about their lobster rolls but that is just not putting their best foot forward. If you forget the lobster rolls and all the other folderol and stick to clear chowder, steamers, corn, and a big steamed lobster, we claim you’ll have a feast that no other restaurant can match until you hit the Maine coast. And the setting can’t be beat. 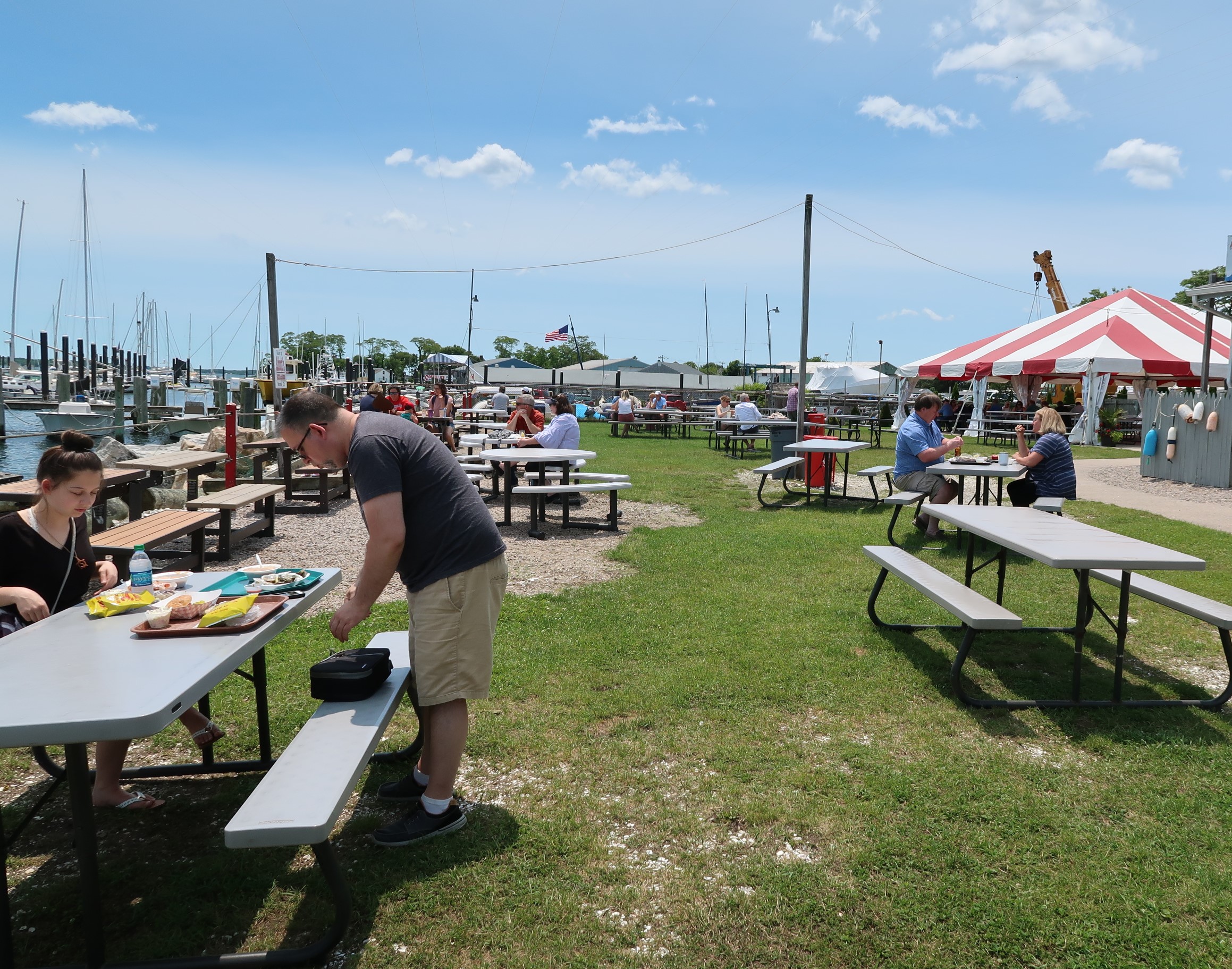 There’s a liquor store up the street if you’d like to accompany your lobster with some cold wine or beer.

Checking In At, Connecticut, Noank