Turkey sandwiches are a “thing” in Delaware. Oh, sure, you can get a turkey sandwich anywhere. It’s generally made with wet, gelatinous-textured deli turkey, and that’s fine for what it is. But Delaware is different: here, more than anywhere else we’ve been, the turkey often comes from a freshly roasted bird.

The best Delaware turkey subs can be found at Capriotti’s, a rapidly expanding local chain of sub shops (and not so local anymore at that; they have more branches in the Las Vegas area than in Delaware!) Started in 1976 in a small store in the Italian section of downtown Wilmington, the original location is still our favorite and, quite frankly, the only one we visit. So what makes these subs superior? 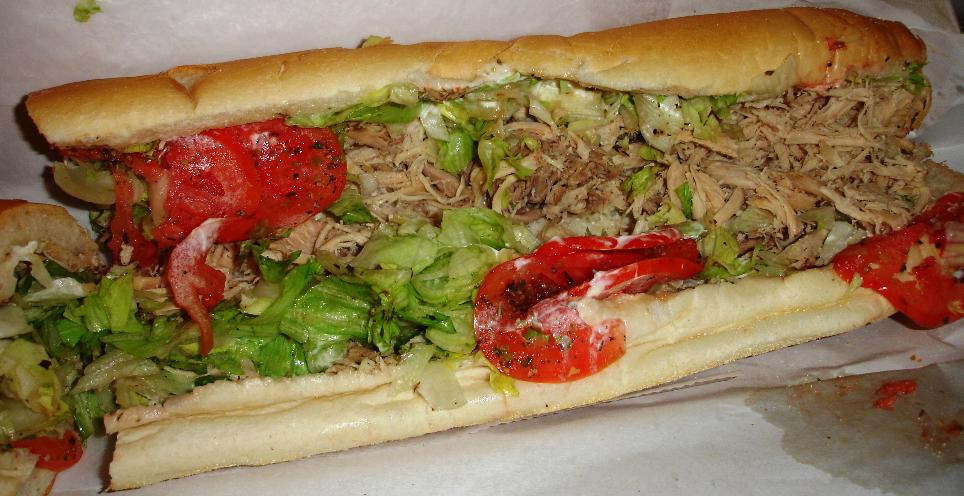 The plain turkey sub is anything but! The sandwich doesn’t hold enormous quantities of turkey, but there is an enormous amount of roasted turkey taste.

For starters, not only is the turkey freshly roasted, but it TASTES roasted. And further, the meat isn’t sliced, it’s “pulled,” like pulled pork, resulting in a roll filled with shreds and chunks of turkey meat. Our first reaction upon seeing the meat prepared this way was disappointment. We always thought of wide, broad, white slices of real turkey as the Cadillac of sandwich meats, and the shreds struck us as a chintzy shortcut. How wrong we were! The pulled turkey has a variety of tastes and textures that adds a whole new thrilling aspect to the stodgy turkey sub. 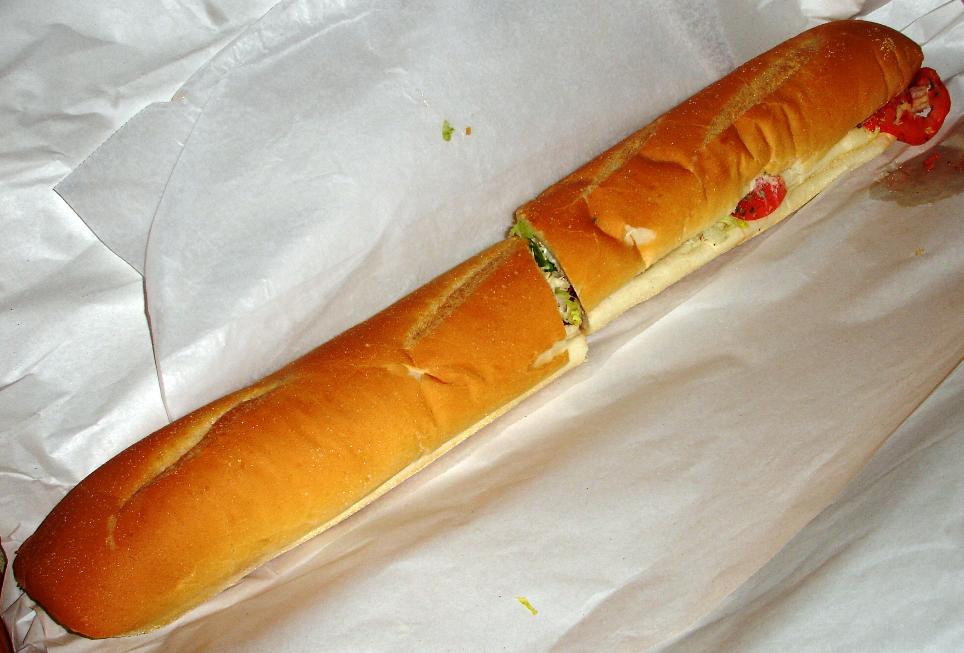 A large turkey sub goes on for just under two feet.

We’ve saved the best for last: The Bobbie. Their trademark Bobbie sub holds stuffing and cranberry sauce as well as turkey. Yes, many places that make real roast turkey sandwiches also serve some version of the “Thanksgiving sandwich,” but we’re willing to bet that your experiences with these sandwiches are like ours: they always sound better in theory than they taste, with pasty bland stuffing or cloying cranberries or dry turkey. Not so the Bobbie! The three ingredients are perfectly suited to each other, and are applied judiciously so everything’s in balance. This is one great sandwich! (A note to bread lovers: the sub rolls used are impeccably fresh, but soft and simple in taste. They serve to showcase the filling, but are not of great interest in themselves.) 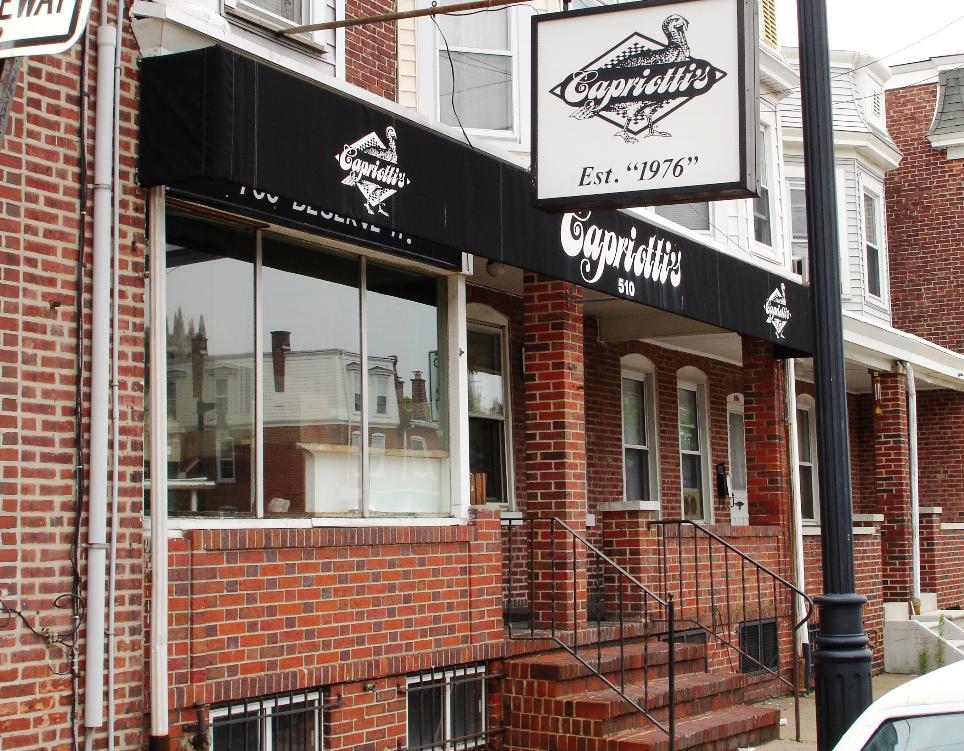 The original Capriotti’s shop can be found in the old Italian section of Wilmington.

They make other subs, some hot, some vegetarian. We’ve never tried them, but know of folks who swear by one or another of them. There is seating but most people, including us, get them to go. Atmosphere is typical Northeast sub shop, but for the swagger of the Capriotti’s crew that derives from knowing they’re dishing out something special.