This is it, the one you’ve read about, by national acclaim the ne plus ultra of Cincinnati chili parlors, the only one to be honored by the James Beard Foundation. Camp Washington Chili has achieved that level of fame where future success is guaranteed no matter what they put on the plate. Consider it a bonus that the restaurant still makes an effort, and continues to serve quality grub. 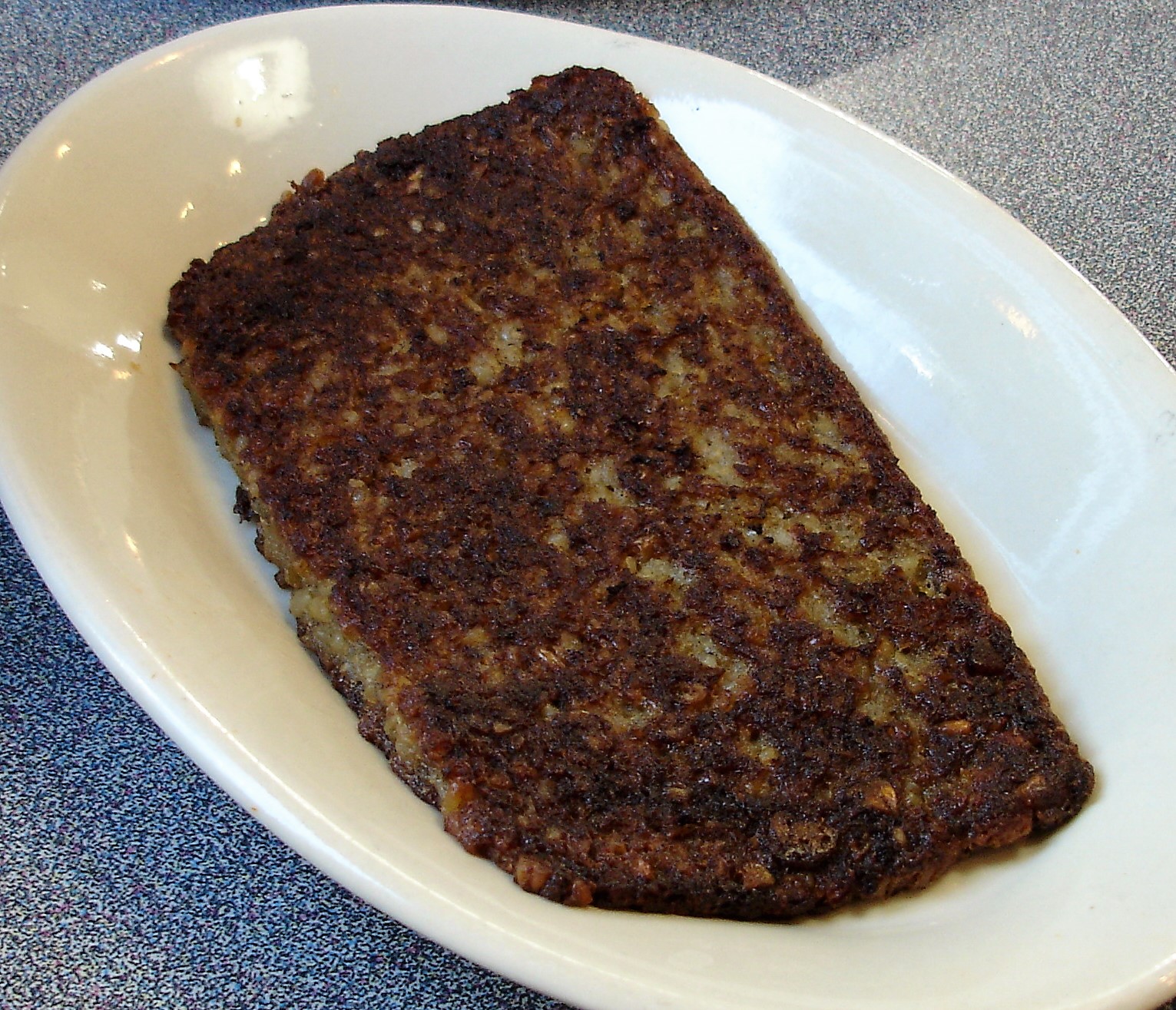 Camp Washington also serves that only-in-Cincinnati breakfast meat called goetta, which is a seasoned loaf of ground pork and cut oats, sliced and fried until crisp. It’s a little like breakfast sausage with the added textural accent of the nubbly oats.

Camp Washington, unlike its competitors Skyline and Gold Star, is a one-store operation, and actually predates its chain brethren, having been founded by Greek immigrants (of course) in 1940. The original chili parlor lasted 60 years, until a road widening project forced them to move to a big, slick new building, a modern diner with art deco and Googie overtones. 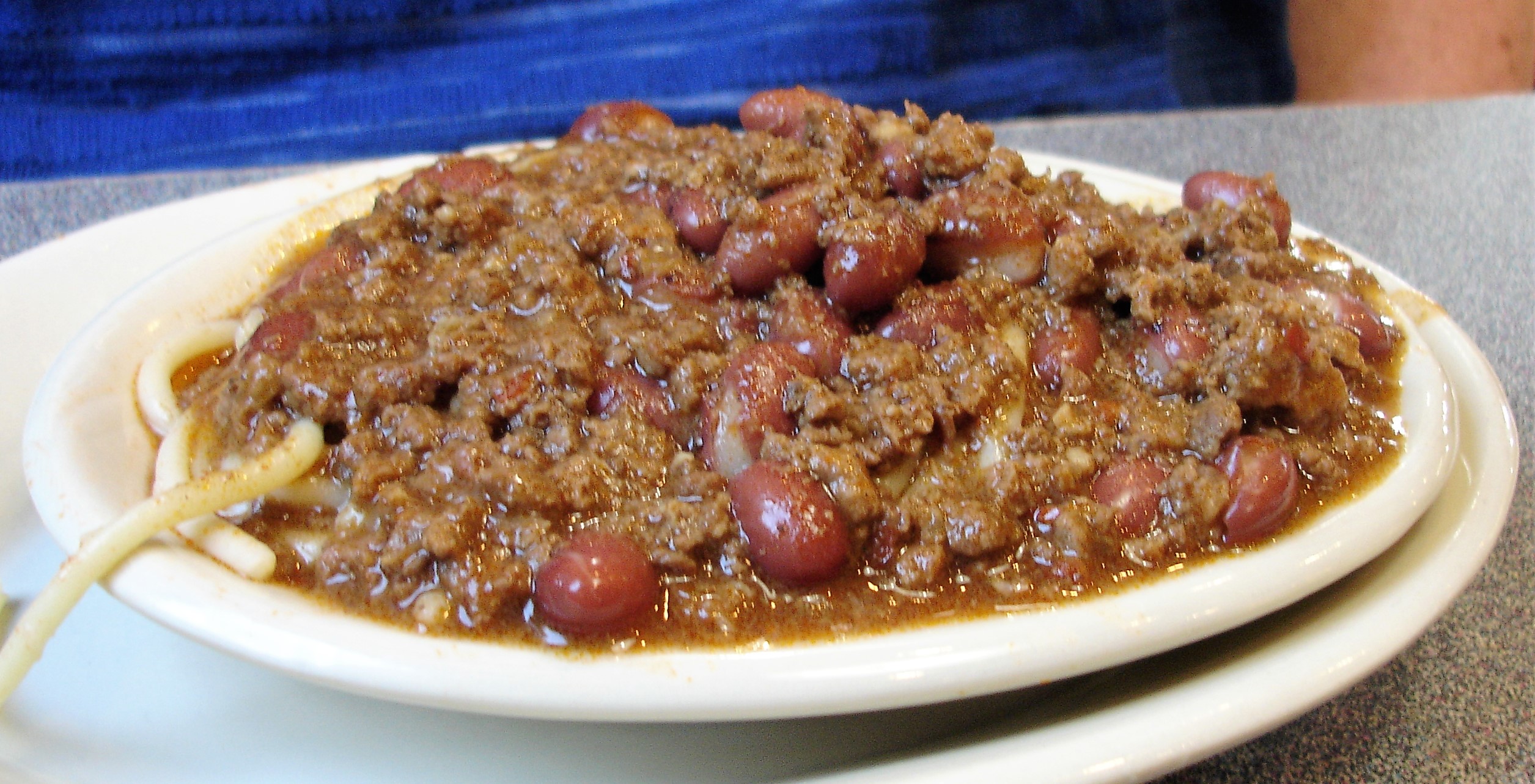 Camp Washington grinds their own beef for the chili. The result seems meatier, perhaps due to a coarser grind.

The 24/7 (except Sundays) Camp Washington has a more expansive menu than the chains. Breakfast is available (including the Cincy breakfast meat staple goetta), as are double deckers, burgers, salads, and grilled sandwiches. But, yes, it’s the chili for which they achieved their fame, and it’s the chili you will order for your first meal here. 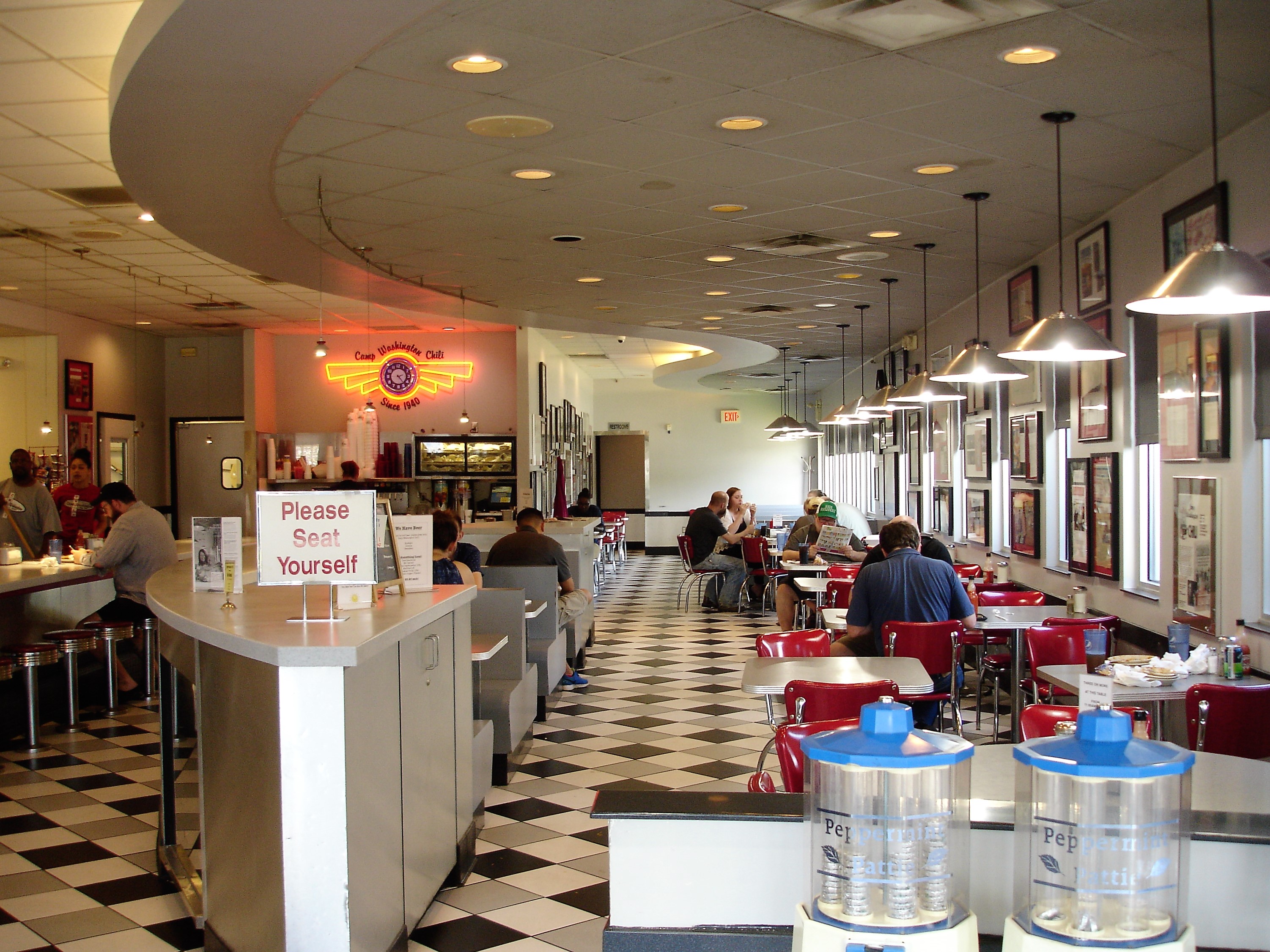 Indirect lighting, space-age swirls — the new (since 2000) digs are a far cry from their original urban chili parlor home.

As in all Cincinnati chili parlors, the composition of the spice mix used is a secret known to a very limited group of insiders, kept under lock and key (the recipe, not the insiders). The distinctive feature of the chili, however, is the Greek flavor, a sweet-spiced meat sauce that bears little resemblance to chili as most Americans understand it. There is surely a touch of cinnamon in all the local variations, and we’d also guess a bit of allspice. Some say unsweetened chocolate plays a part but we have our doubts. 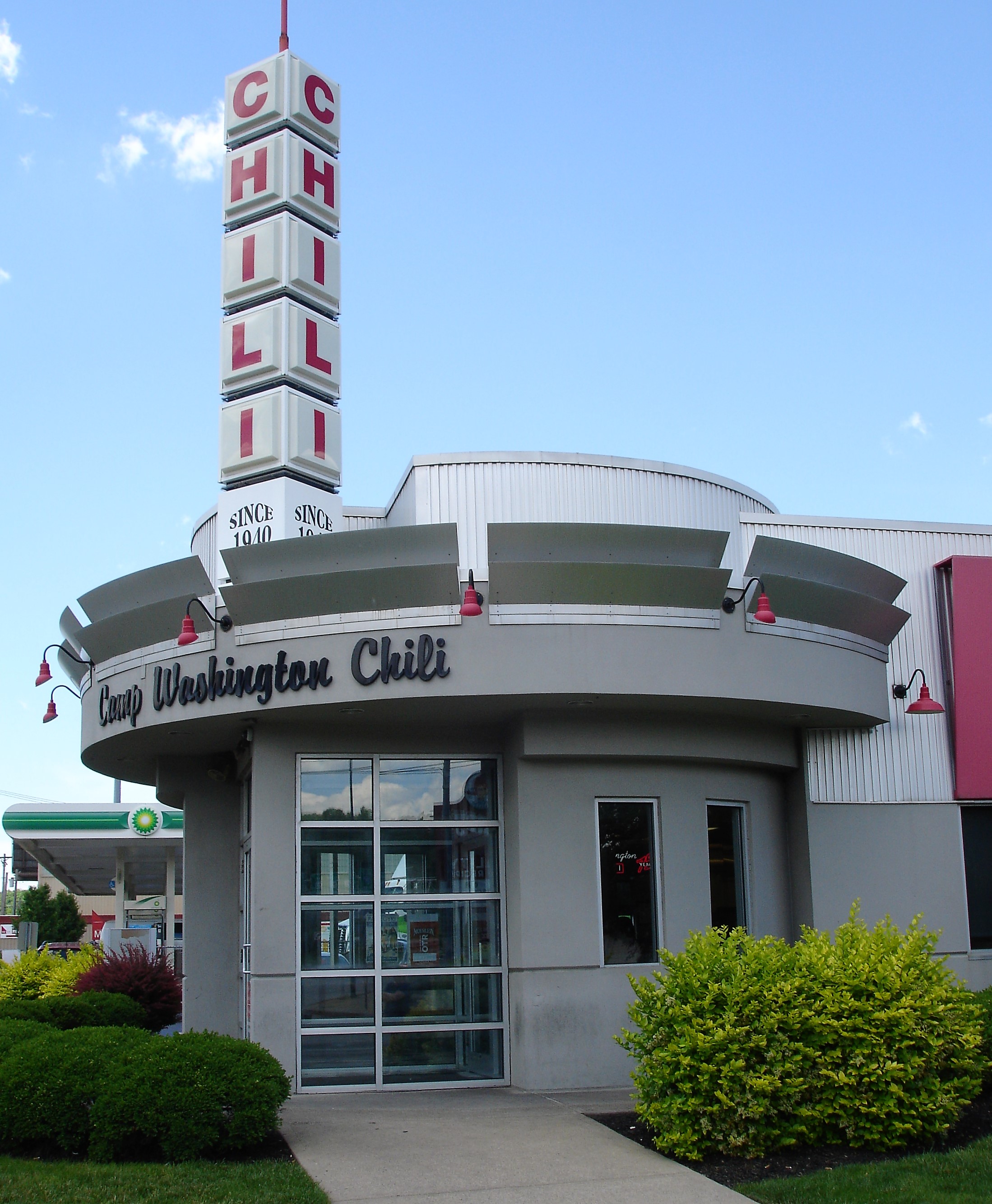 Camp Washington? That’s the name of the area, which had something to do with the Mexican-American War.

Camp Washington goes the extra mile: they grind their own beef and shred their own cheese. The result is perhaps a little meatier than the other Cincinnati chilis we’ve tried. But here’s a little secret: after all the fame, secret spice mixes, house-ground beef and what-not, the chili is good, perhaps even better than that of its local competitors. But, if so, it’s not that much better. In the end, it tastes like Cincinnati chili, and that’s a good thing.