Cheese curds, those squeaky unaged nuggets of freshly made cheddar, are one of the three major food groups of Wisconsin (brats are another; the third is either frozen custard or beer, you choose). What’s the best way to eat curds? Your choices are fresh-from-the-bag, accentuating the clean, mild dairy flavor while enjoying the squeak, or breaded and fried, sacrificing squeak for crunch, best accompanied by a cold one. USA Today Network-Wisconsin has taken a look at the white versus yellow issue and discovered that there’s no difference, other than a little flavorless annatto coloring. 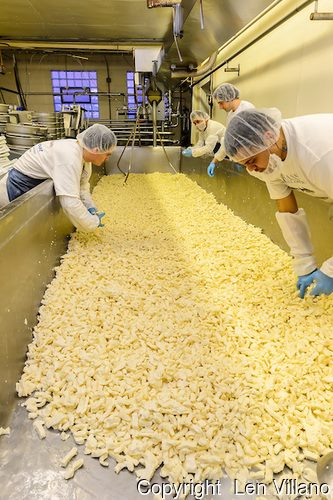 But cheese curds are an important subject in Wisconsin, so the matter was not considered settled at USA Today Network-Wisconsin. A few days later, Jordan Tilkens followed up with another story focusing on the differences between white and yellow cheese curds once they’re fried. You’d think that if the cheese tastes the same raw it would taste the same fried. But Jordan has identified the differences by visiting restaurants, like Kroll’s West in Green Bay, that serve both colors. It seems the difference is in the crust. Or is it? Read his story here.