Do you really love catfish? Do you enjoy working for your dinner? If so, Whitey’s Fish Camp is the place to try fried catfish that have not been farm-raised. These beauties are caught wild, then fried up whole (but headless and skinless), and brought to you until you tell your waitress to stop. 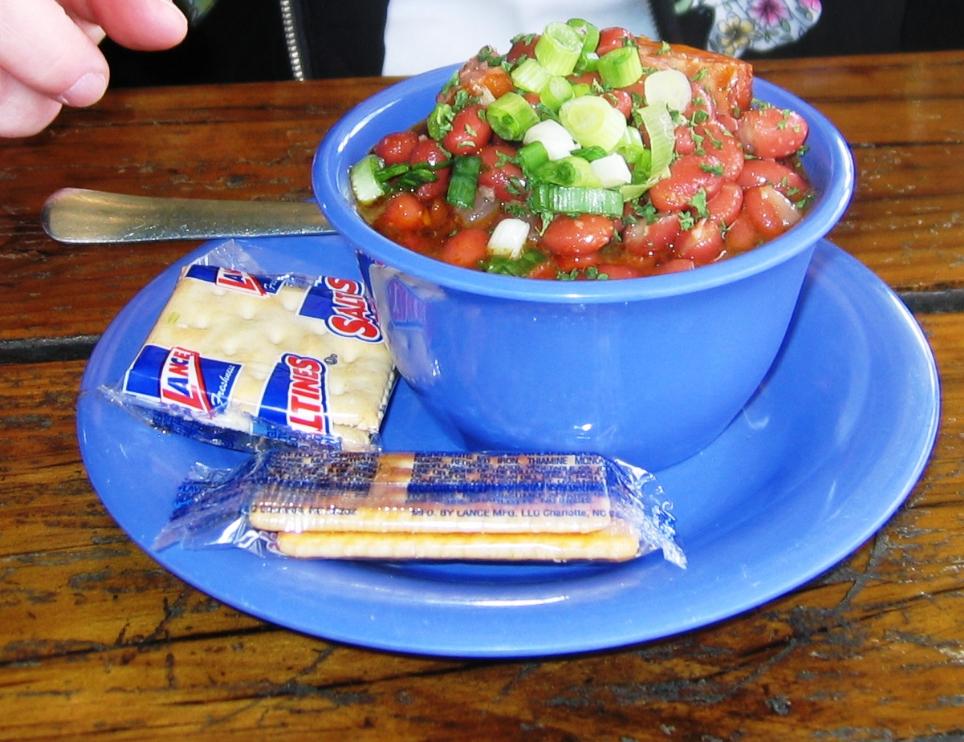 Listed on the menu as a soup, red beans and rice turns canned beans into a fresh, cajun/gazpacho hybrid with chunks of smoked sausage. Highly recommended.

Whole catfish require a fair amount of participation on your part; you’ll have to pick and nibble your way through them. It’s worth the effort, however, for the cornmeal crust is highly seasoned with a wicked crunch, the meat is creamy-textured, and it’s fun discovering all the hiding places for the edible parts. Our waitress Tara asked if we prefer them large or small, informing us that many of her customers like them as small as possible, so they can be eaten bones and all. We chose to leave the bones. 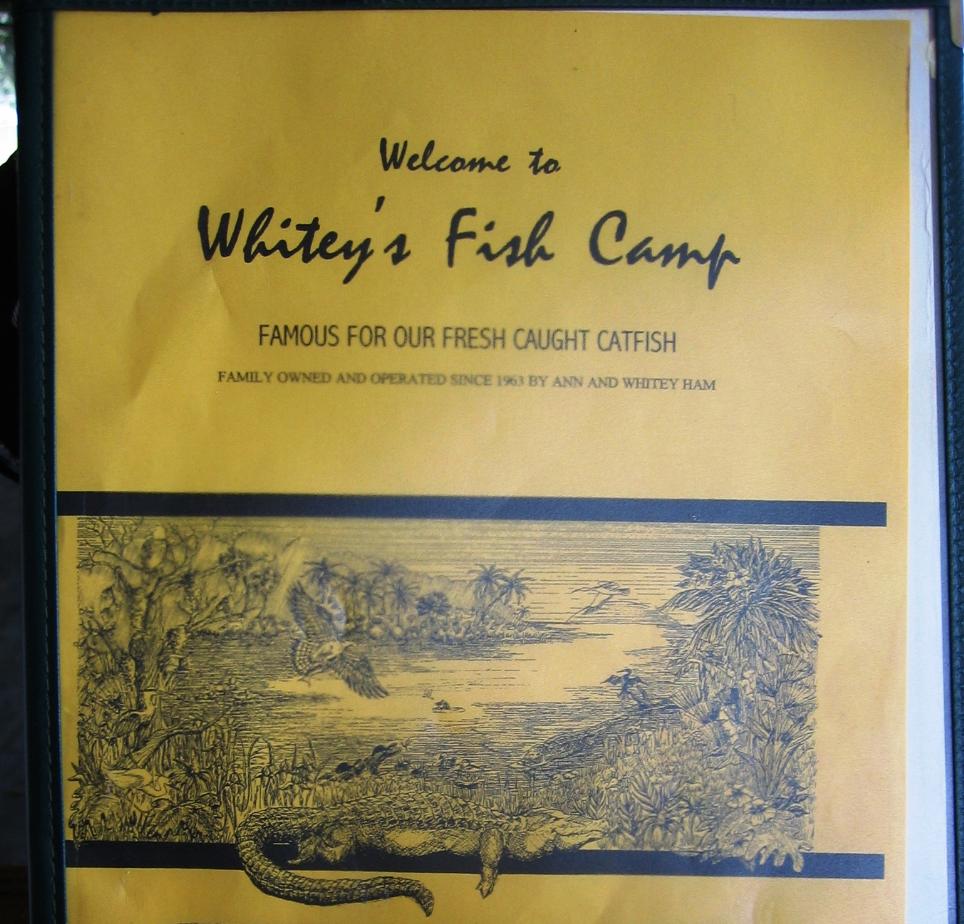 With the catfish comes heavily seasoned fries, good coleslaw, and some of the best hush puppies we had in Florida – fluffy white, onion-laced, and tender-textured. Part way through our pitcher of Bud, Tara rushed out with a bag of ice to drop in the beer; nice, thoughtful touch. All manner of other local water creatures are available to eat, including the ubiquitous (in Florida these days) alligator tail, but local frogs legs and turtle have apparently fallen out of favor; they’re no longer on the menu. Boned and filleted catfish are also available, in or out of sandwiches. 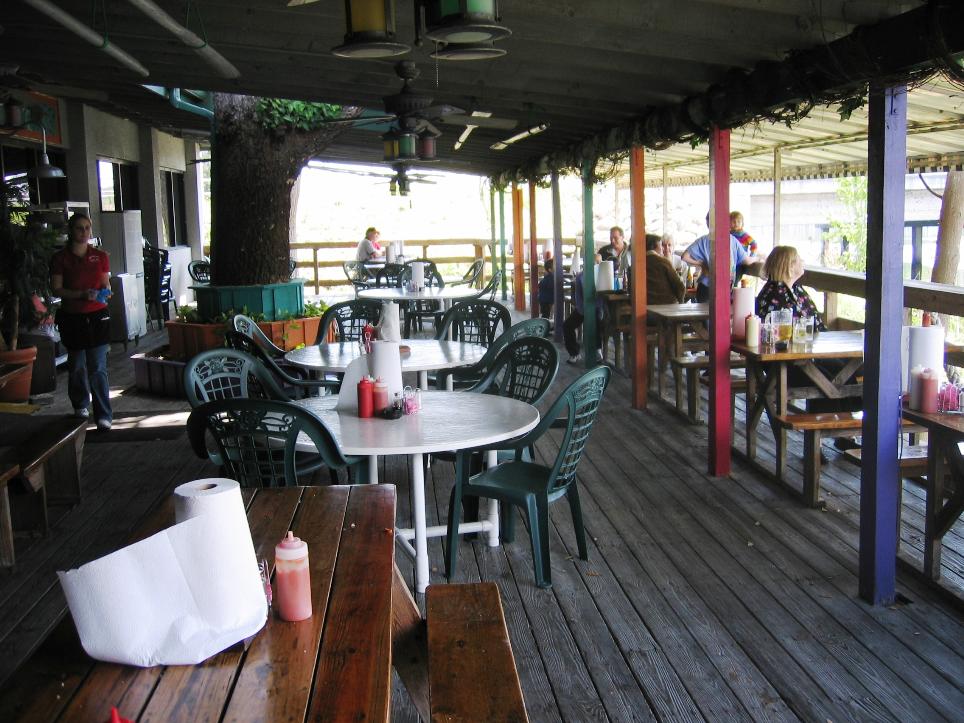 Here’s where you want to sit if the weather cooperates.

Whitey’s is really a fish camp, rather than a fish-camp-themed restaurant. You can purchase bait, rent a boat, and catch your own, and there’s an RV park on the grounds. The restaurant has an outdoor covered deck in back, along the water, and it’s here we recommend you dine. The area around Whitey’s is no longer a remote wilderness. You’ll pass by shopping centers and country clubs and senior housing developments on your way here. Don’t be concerned by that – Whitey’s is still a taste of old-school Florida. 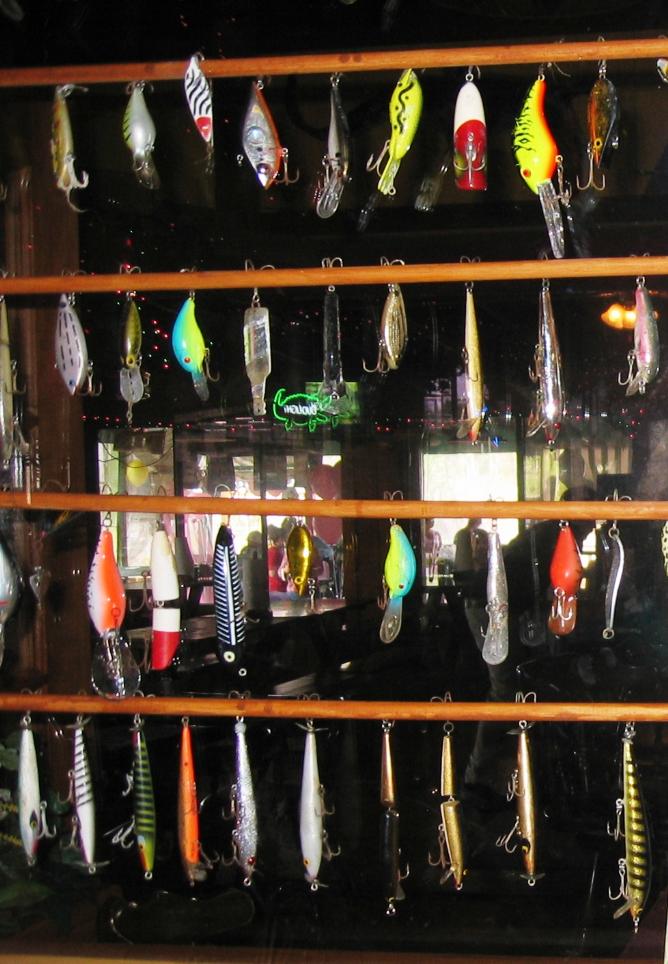 The indoor dining rooms are decked out with fisherman bric-à-brac. 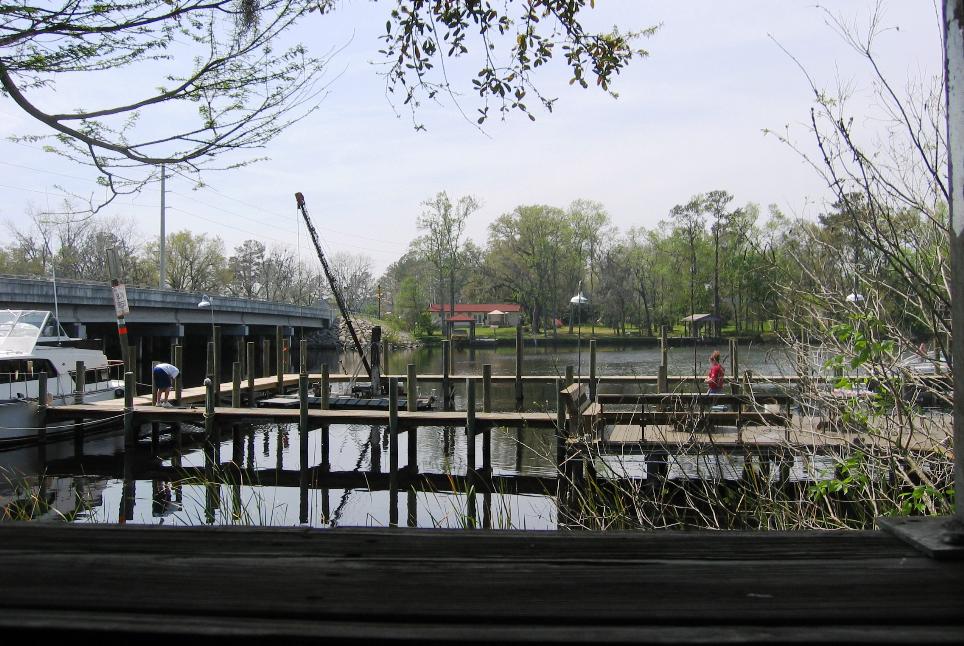 Whitey’s is right on the water, of course – it’s a fish camp. 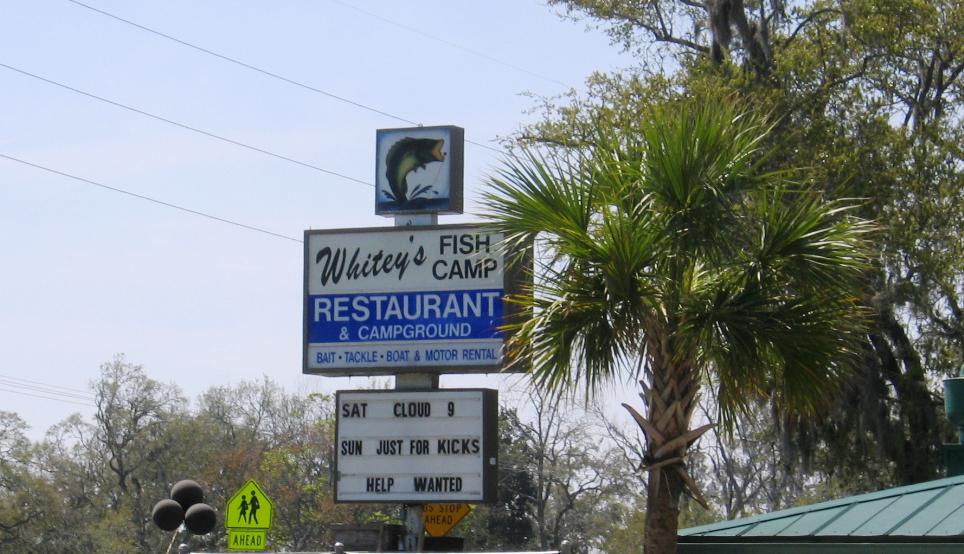 Whitey’s is located by the side of Swimming Pen Creek, off Doctors Lake, which is off of the St. John’s river.