Do you love side-of-the-road eateries from the early days of motor touring? They are really quite scarce now, most having been razed for chain restaurants, shopping malls, and housing developments. That’s why we were especially delighted to find Tozier’s, very much as we imagine it must have looked in 1946 when Rip and Gwen Tozier purchased Rood’s Ice Cream Stand and cabin court. It was the Toziers who initiated the tradition of seafood at this restaurant in a New England state without a coastline. Today’s Tozier’s (motto: Tastes of the Ocean) still serves the fresh Ipswich clams and scallops, clam chowder, and lobster rolls that the 1940s Tozier’s was famous for. 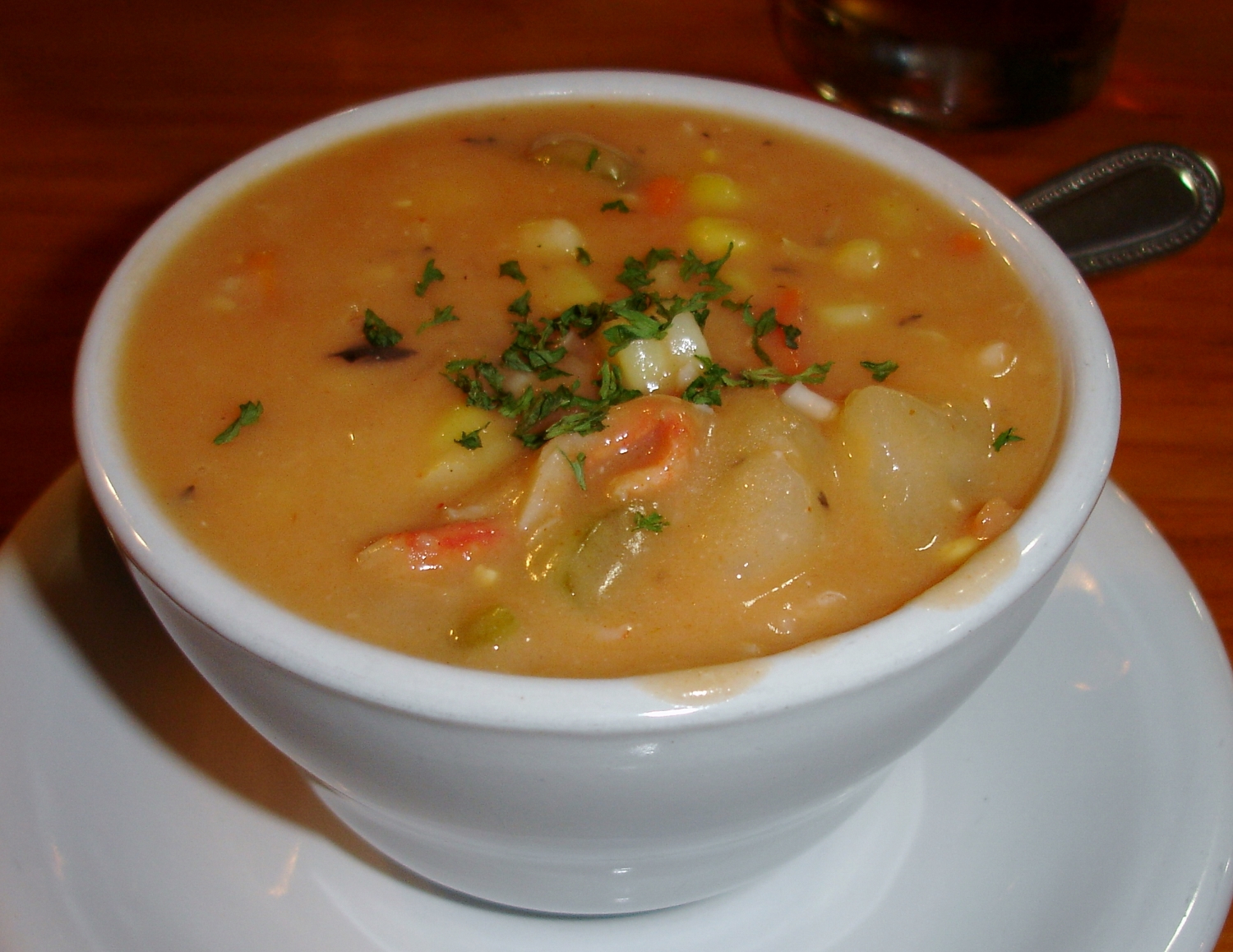 Tozier’s is actually two restaurants. There’s an outside walk-up stand where you can purchase fried seafood and Gifford’s ice cream and maple creemies to enjoy at outdoor picnic tables. The indoor restaurant is pleasantly old-fashioned, something of a Midwest supper club crossed with a diner crossed with a coastal New England seafood shack. Yes, it sounds strange but it works. Service is homey and everyone is eager to please. 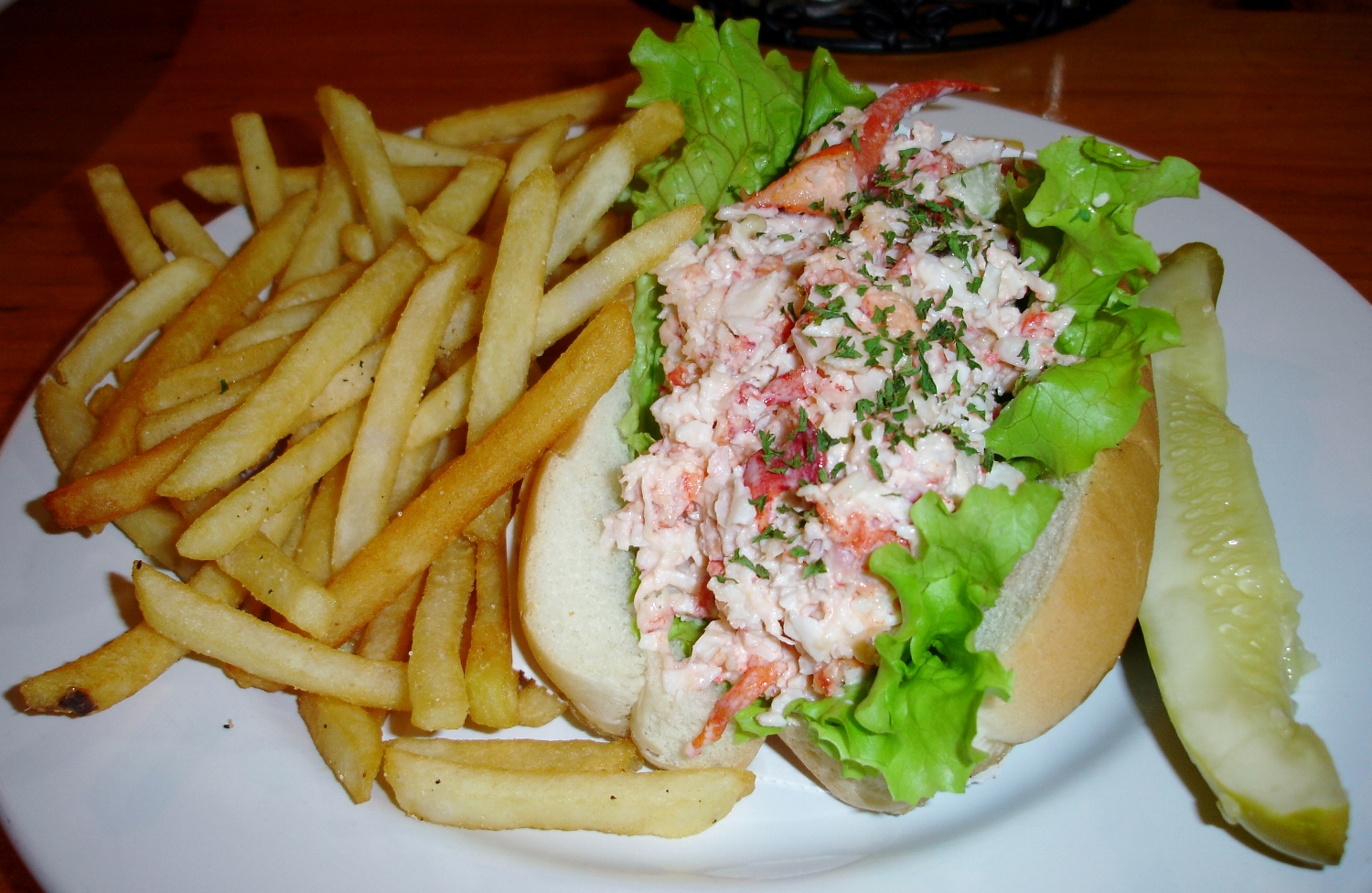 The lobster roll has been served since the 1940s when the Toziers still owned the place.

That Ipswich seafood is the way to go at Tozier’s. Broiled scallops were done perfectly, with a beautiful crust but still moist within, dressed with basil butter. They turn out quite a creditable lobster salad roll, too. They’ll fry up your choice of belly or strip clams, as a roll or platter with slaw and/or fries and/or sweet potato fries and/or hand-cut and breaded onion rings. People swear by the turkey dinners with homemade potatoes and dressing but we’ve yet to try it. A lobster corn chowder special one evening was chock-a-block with sweet, crunchy local corn and lobster chunks. 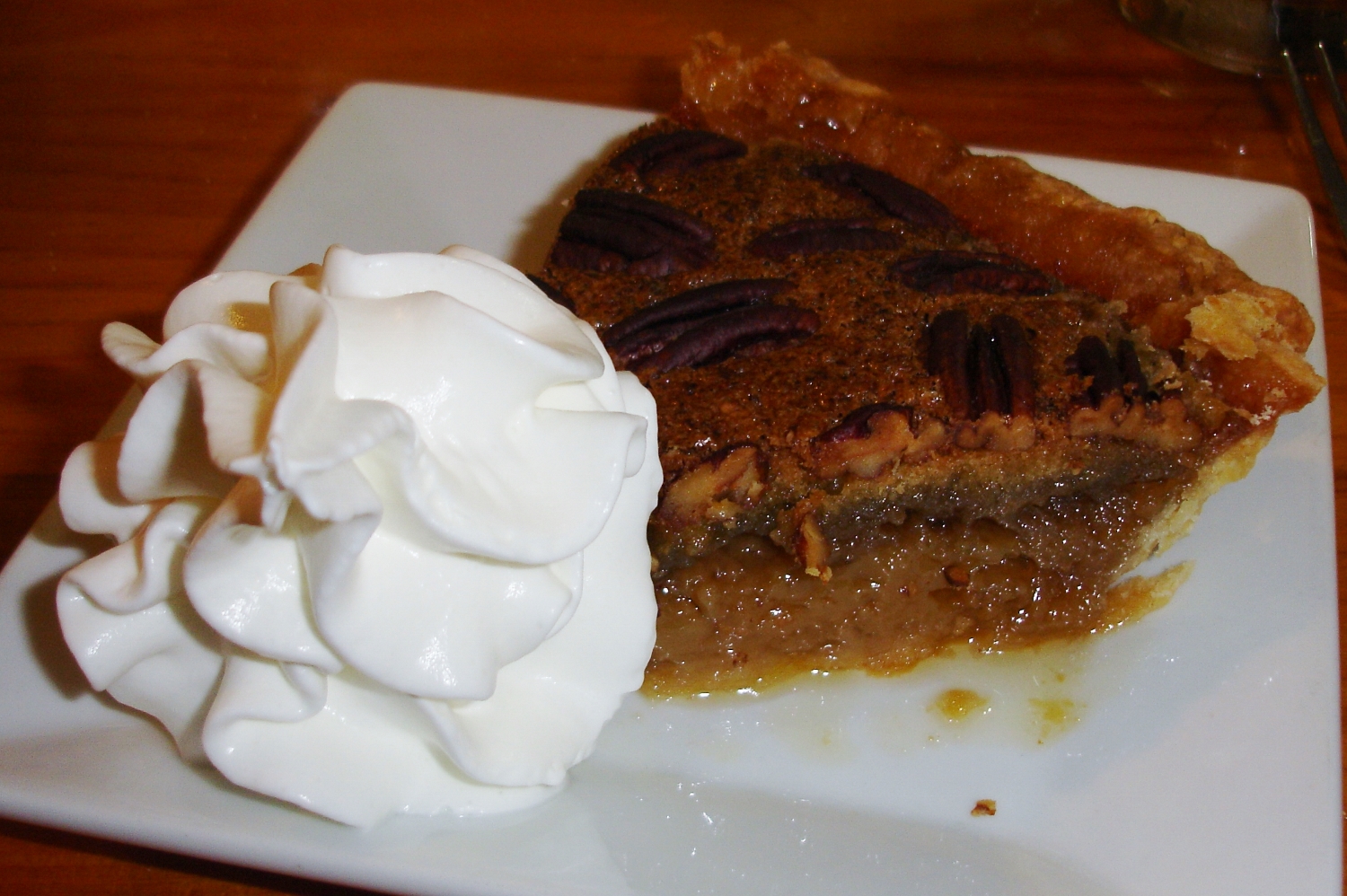 Maple pecan pie, like all the pies at Tozier’s, are baked by Sharon Campbell.

Sharon Campbell, of the Campbell family who’ve owned Tozier’s since 2005, does the baking. If you are as much of a maple freak as we are you should give her maple pecan pie a try. It’s made with local maple syrup and just a scattering of nuts and, while a little goes a long way with a dessert as sweet and intense as this, we admit to having no difficulty polishing off a slice solo. 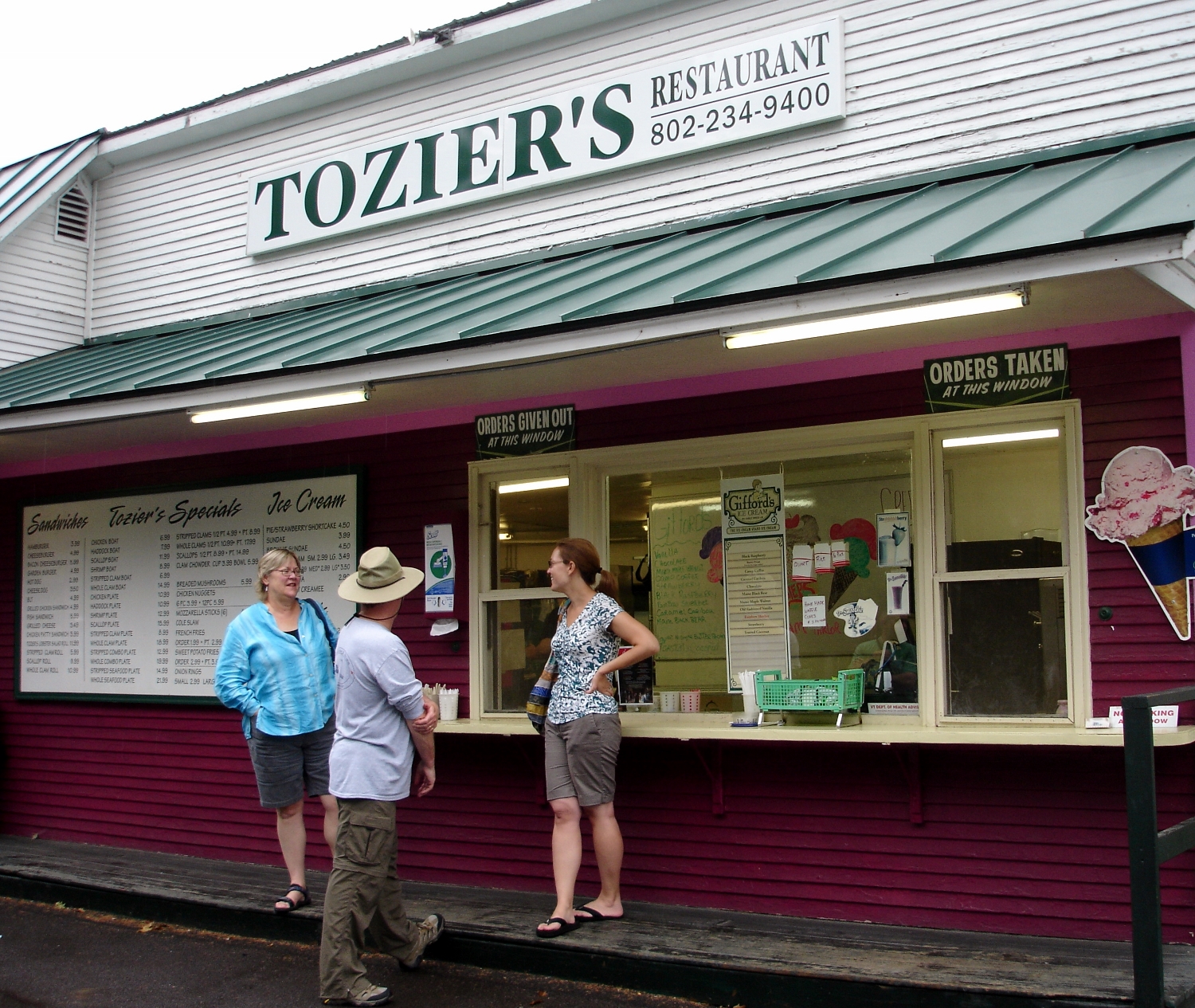 The walk-up counter is perfect for those sudden maple creemie hankerings.

Tozier’s has somewhat limited hours, and is closed for most of the winter. In season dining runs from Thursday through Sunday and, even then, they close at 8 p.m. Once fall takes hold they cut those hours back some.