The newest Graeter’s ice cream shop opened Friday in Norwood, a city surrounded by Cincinnati, in the University Station development. 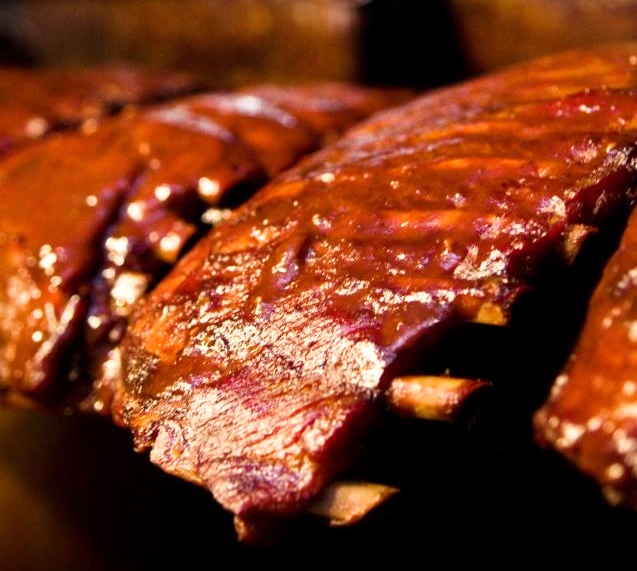 Memphis Business Journal has been running a feature where they’ll determine a winner of the title of Best Mid-South BBQ. They began with 64 BBQ joints which were paired off, and readers chose their favorites. They’re now down to eight: Corky’s, Germantown Commissary, Tops, One & Only, Interstate, Rendezvous, Bar-B-Q Shop, and Central. You can see the full draws here. Vote here. 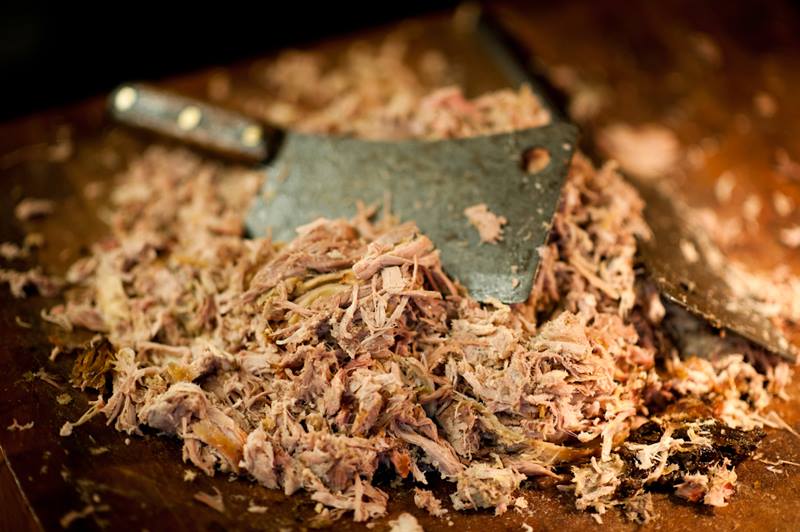 Lexington-style Q at the Bar-B-Q Center

The Charlotte Observer’s Lake Norman Magazine has a feature on eating and wine touring in Lexington, NC, with a particular focus on their unique barbecue. Some interesting random facts: Smokey Joe’s is helmed by one of the few female pitmasters, Smiley’s features barbecued chicken, and at the Bar-B-Q Center you can finish your meal with a four pound banana split for $8. Also, Conrad & Hinkle’s Food Market (since 1919) has a highly regarded pimento cheese made from the same recipe for decades. A lot of good info here! 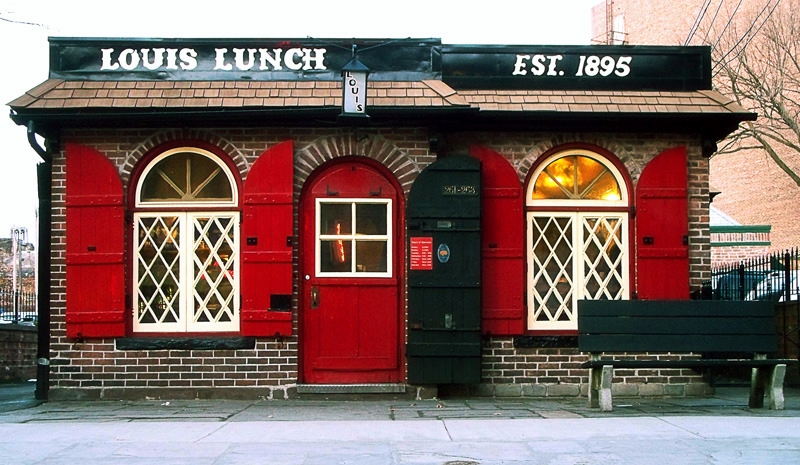 Did Louis Lunch of New Haven invent the hamburger? Many people believe so.

Oh, man, does this sound like fun! The New Haven Museum is organizing a tour to tie in with their current exhibition entitled, From Clocks to Lollipops: Made in New Haven. Here’s their description of the tour: “Begin at the New Haven Museum with a tasting by the Thimble Island Brewing Company, enjoy hors d’oeuvres, and check out the related exhibition: “From Clocks to Lollipops: Made in New Haven.” Then, grab a cigar and stroll to Louis‘ Lunch for a burger, savor a beer flight at Prime 16 Tap House + Burgers, and end up at The Official Owl Shop Cigar Lounge.” The tour is Thursday, November 6th, from 6:30 p.m. until 10 p.m. Cost is $30 in advance, $35 at the door. If we could we would. 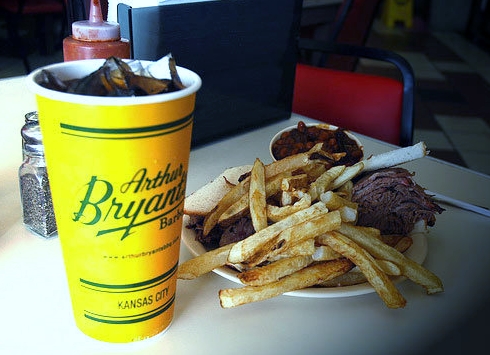 Arthur Bryant’s is one of the oldest barbecue joints in KC.

Beth J. Harpaz reprises her city slicker in cowtown routine for AP as she visits Arthur Bryant’s and calls ahead for reservations. Read her story here.