If you’re out for breakfast in Montana, one thing we guarantee you’ll find on the menu are cinnamon rolls, probably made in-house. In our experience, they are as mandatory as biscuits in a Southern café, a situation which makes us very happy. We love cinnamon rolls! 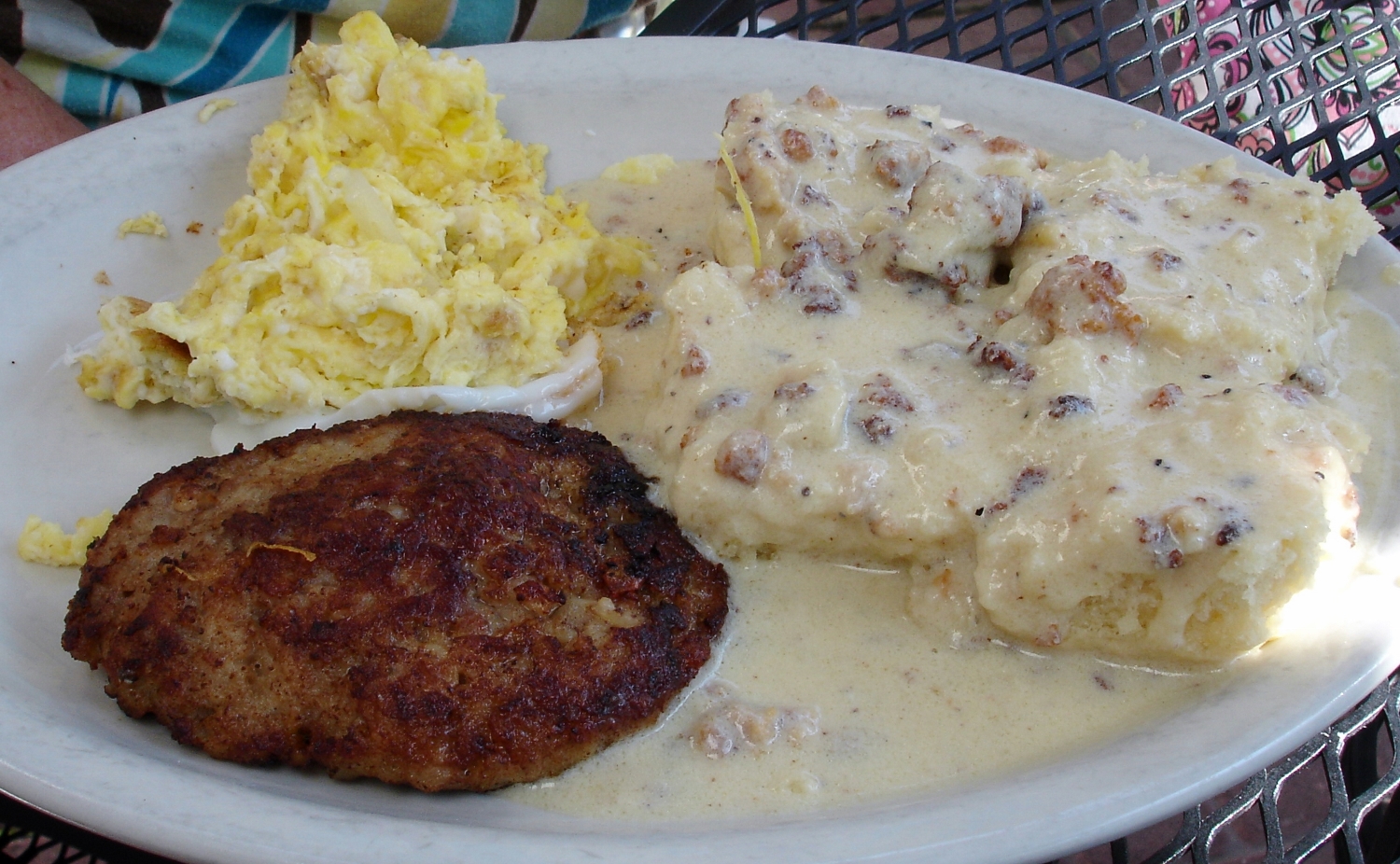 Biscuits and gravy with plenty of sausage

Let’s be clear, though: when we say cinnamon rolls we’re not talking about those inelegant, out-of-balance chain rolls with the preservative aftertaste found in airports and shopping malls. No, what we desire is a fresh spiral of pastry, soft but with enough body to offer a little chew, swirled inside with plenty of cinnamon and sugar, but not so much as to overwhelm the whole. Nuts and/or raisins are fine. The surface will be frosted, but the frosting is an accent, not a flood. No single element calls attention to itself; the roll sings in perfect harmony.

You’ll find such a cinnamon roll in Bozeman, MT’s Western Cafe on Main Street. Western’s roll, one of the best of the many we sampled within the triangle formed by Butte, Bozeman, and Great Falls, is large enough to call breakfast with endless cups of coffee, or will make a splendid shared appetizer before digging in to a plate of bacon and eggs or huckleberry-dotted pancakes.

The Western, which calls itself “The Last Best Cafe,” has served breakfast and lunch to Montanans for the better part of a century. Hearty fare like chicken-fried steak and biscuits with sausage gravy are house favorites. Or throw off all restraint and get the Bobcat Special featuring French toast made from their cinnamon rolls! Most of the food served here is made from scratch using local ingredients whenever possible. Many of their local suppliers, such as Bausch Potatoes near Whitehall and Bozeman’s own Meat Shoppe, are featured on the Cafe’s website.

Tables can be found inside and out, arrayed with a selection of hot sauces, and there’s a counter with swiveling seats, where you’ll find ranchers and college students, business people and tourists. You may have to wait for a table on weekends, but the line moves swiftly, even if you choose to dine, as we did, during Bozeman’s annual Sweet Pea Festival parade.