Sometimes LAF meals can be found in obscure shacks unknown to anyone beyond a five-mile radius. But not always. Take, for example, Teibel’s (pronounced Tee’-bls). Teibel’s is a local institution, well-known in the area as the place to celebrate those passages in life that often call for a banquet hall. While not particularly dressy, people arrive looking quite neat and presentable. These are the upstanding citizens of Schererville and beyond. 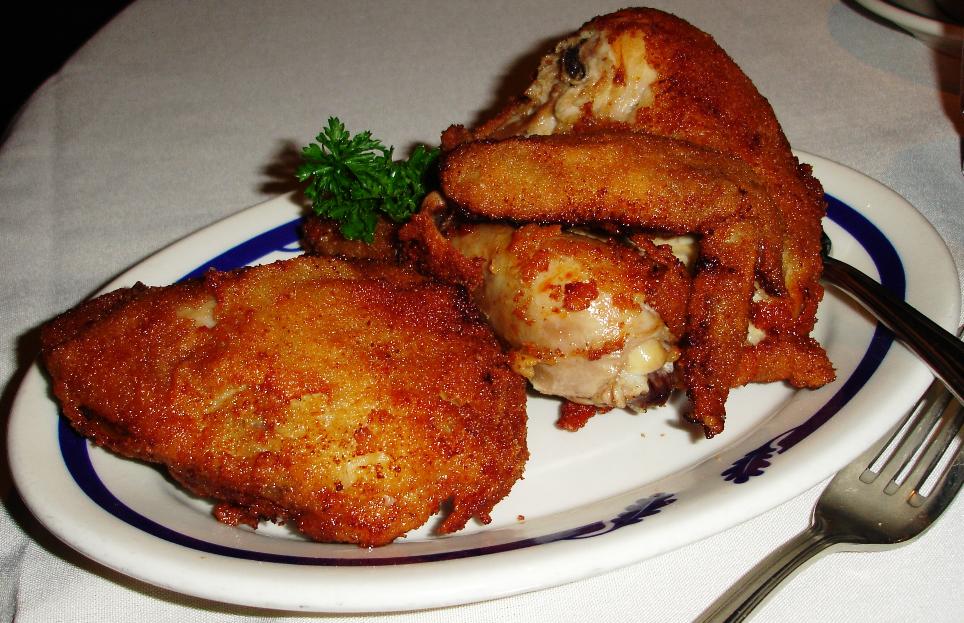 The fried chicken is from an old family recipe, by way of Austria. It’s served “family style,” all you want.

What draws us to Teibel’s are the chicken and the perch. Opened in 1929 as a 12-seat diner specializing in Grandma Teibel’s Austrian fried chicken recipe, Teibel’s today serves the same red-gold crusted chicken recipe. We think the chicken has more than a passing resemblance to Barberton chicken (whose origins are said to be in Serbia, not far from Grandma Teibel’s Austria). The chicken is lightly seasoned, the bread-crumb-coated skin pulling away from the flesh in broad chewy sheets. 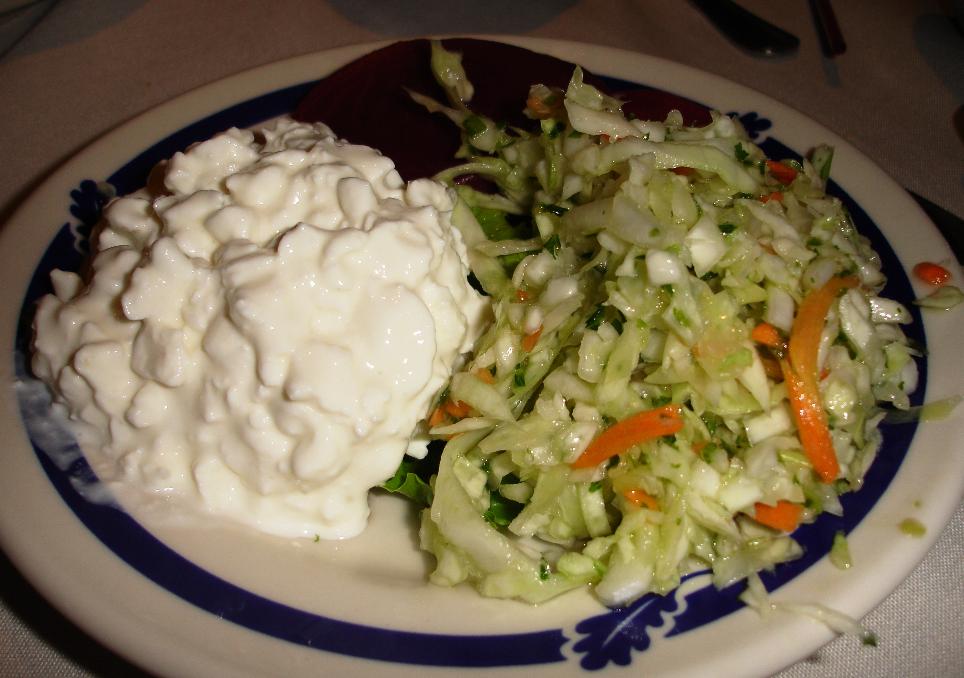 You can start your meal with an ordinary salad, but why pass up the relish plate alternative of slaw, cottage cheese, and pickled beets?

Lake perch are served in the traditional manner, boned and buttered (butter is optional, but we wouldn’t think of rejecting it). A good pile of these lightly breaded fillets is served well-buttered indeed, and we’re not complaining. A Northwest Indiana classic! 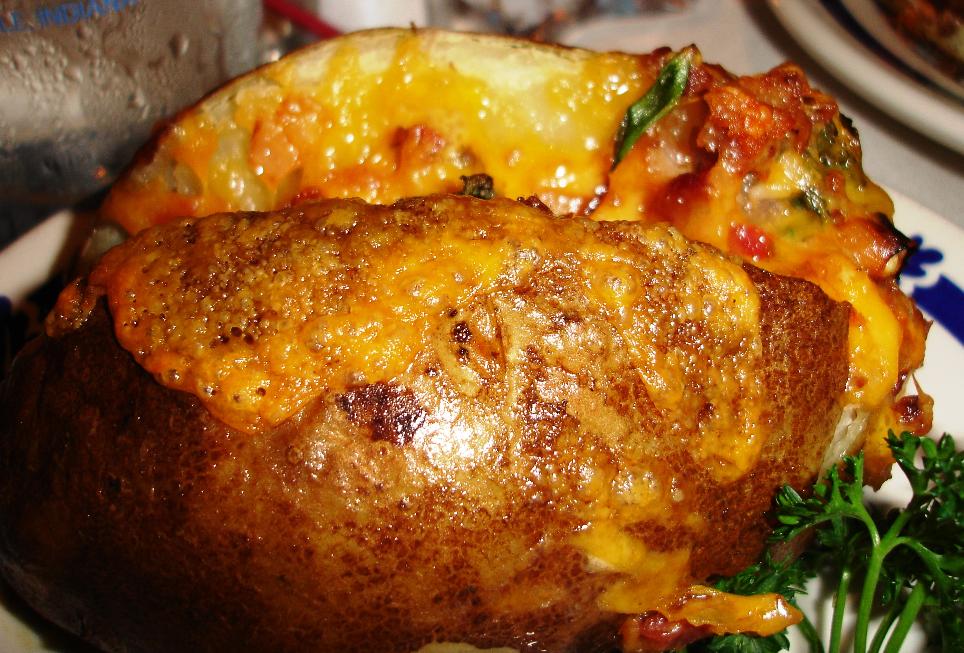 Teibel’s “Special Potato” is topped with a caution-to-the-wind mixture of melted cheese, bacon, and green onions. This we chose after receiving an honest answer from our waitress to our query about the authenticity of the mashed potatoes.

Meals can begin with an old-fashioned relish tray, if you so desire, and at the end of your meal comes the best part (if you are wise enough to order it): a warm apple dumpling with caramel sauce and a scoop of vanilla. Yes, we do love dining in Indiana! 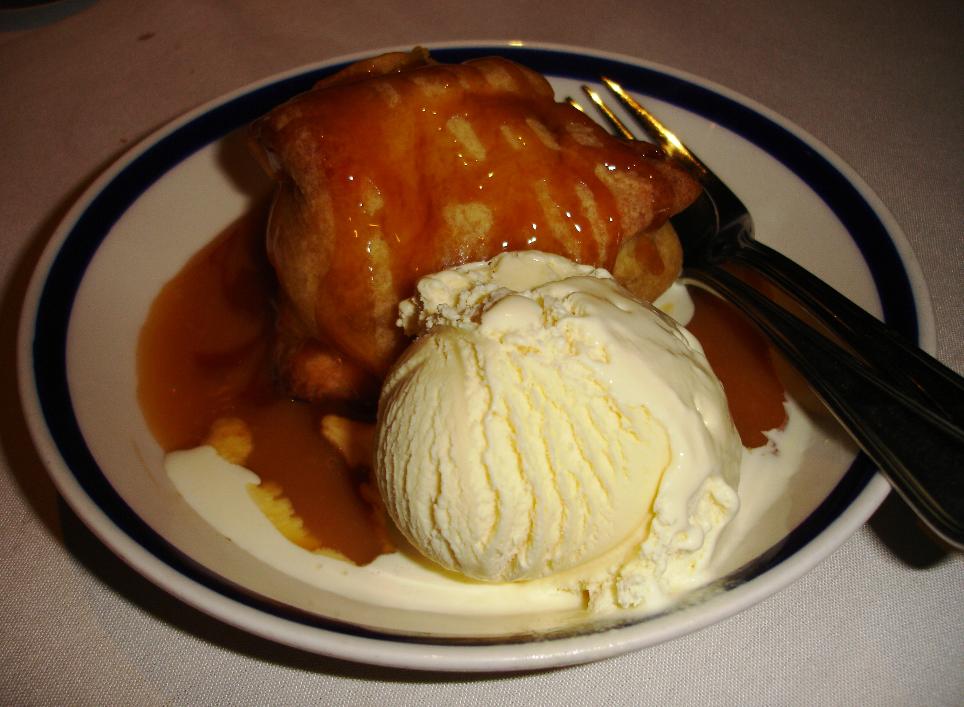 In our opinion, the fresh-baked apple dumpling with a scoop of ice cream is the best dish in the house. 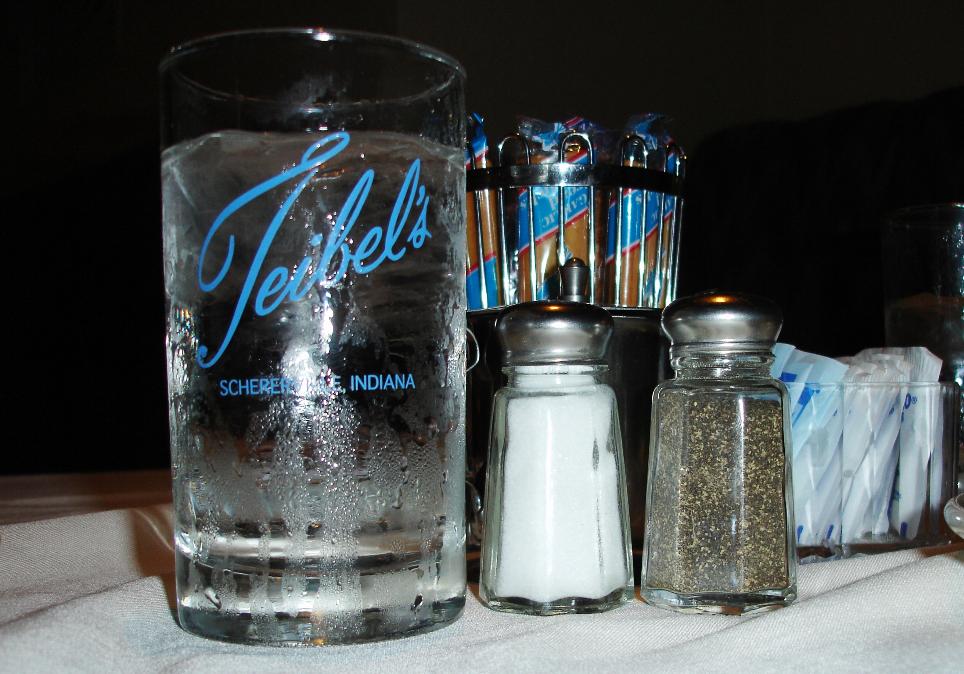 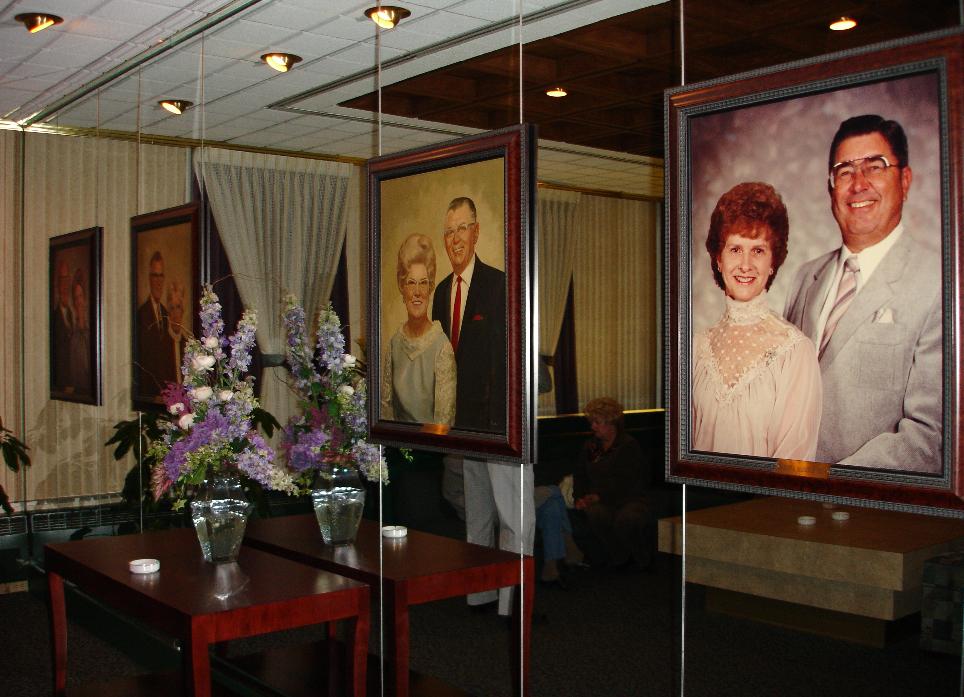 As you wait for your table you’ll have a chance to admire the family portraits adorning the wall.