We’re always on the lookout for great root beer (our current favorite bottled RB includes Virgil’s and Hank’s). Even more thrilling are drive-in root beer stands, like the small NJ-based chain called Stewart’s Drive-In. Frank Stewart opened the first Stewart’s drive-in, selling his specially formulated root beer and salty, thirst-inducing popcorn, in Ohio in 1924. Over the years, the chain expanded and contracted, and ownership changed and changed again. Today, the chain is based in New Jersey, and most of the drive-ins are in the Garden State, too. 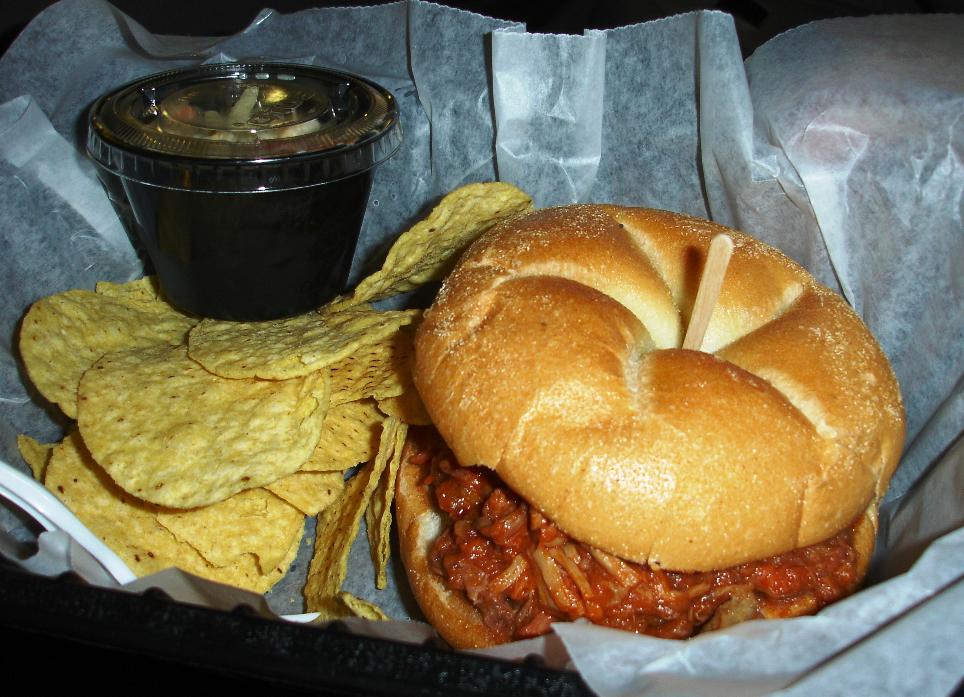 The BBQ pork sandwich won’t bring you back to Tennessee, but it’s fine. You’re really here for the root beer and the scene.

The funny thing about Stewart’s is how different each drive-in is. They all serve root beer, and all the stores are orange, but beyond that, they seem to be on their own. The menus are different; some have carhops, some are walk-up, some are sit-down restaurants; the hot dogs served at one Stewart’s are totally different from the dogs at another; items are found on one menu that cannot be found on any of the others. Strangest of all, even the root beer tastes totally different from one Stewart’s to the next! We can’t explain it; but given the situation, the trick is to ferret out what each one does best. 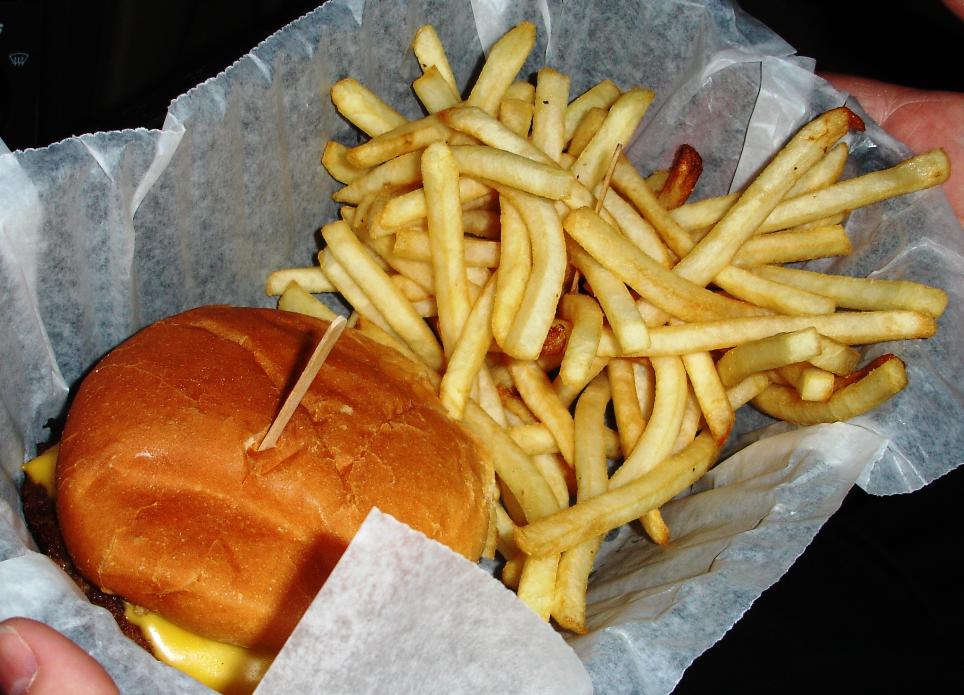 In our experience, the burgers are your best bet here if you want something to go with your root beer.

And the best thing to have at the Vineland Stewart’s is, appropriately enough, root beer! The root beer here has that perfect balance of spice and vanilla and carbonation and toastiness and sweetness (and it’s far superior to the bottled Stewart’s root beer you see around the area). You can get yours in a frosted mug and no matter which size you choose you’ll surely get another (at this Stewart’s, however, we recommend passing on the shake-topped black cow). 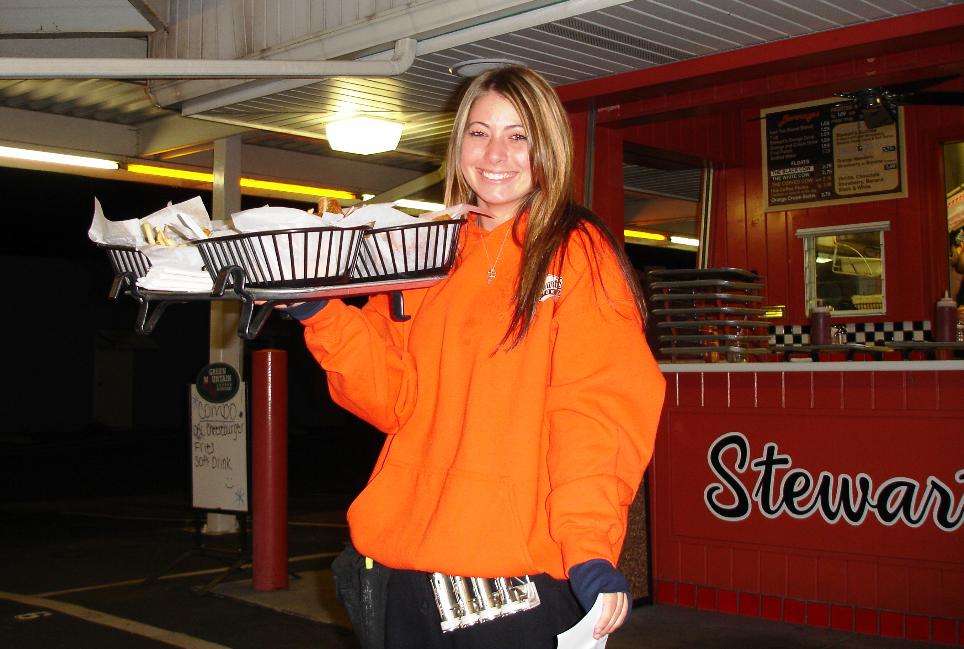 Our carhop for the evening, wearing Stewart’s orange

There’s food, of course, and what we’ve tried is fine in a drive-in sort of way. The double cheeseburger with bacon more than satisfied on a recent visit, and the fries and onion rings (frozen, for sure) are hot and crisp. There’s one menu oddity here that we may (or may not) try on another visit: the Tuna Rai (pronounced Ray). That’s a tuna sandwich on “fresh cinnamon raisin bread”! 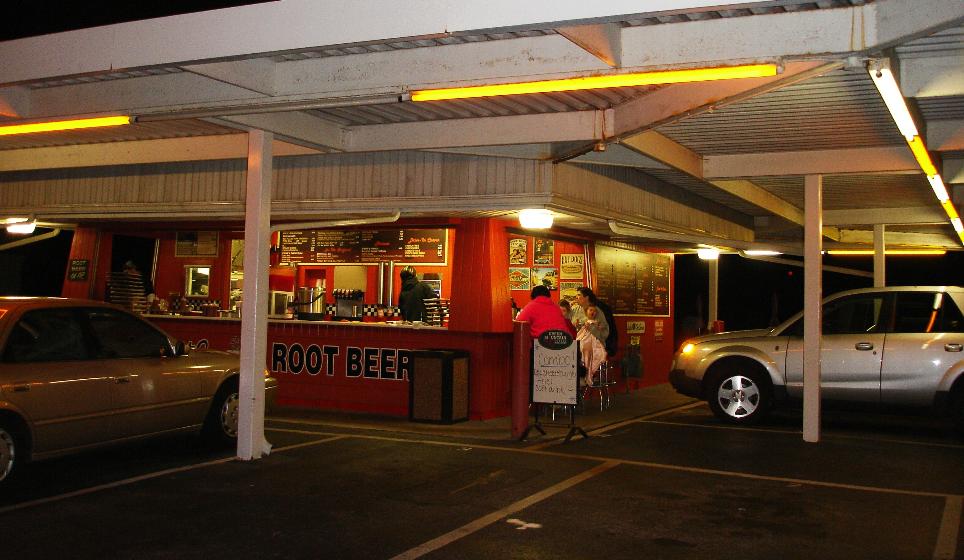 Not only is Stewart’s a drive-in with carhops, but you can also walk up and sit down.

Stewart’s of Vineland is a true drive-in with friendly and eager carhop service on all four sides. There’s even a short, outdoor counter with four stools. 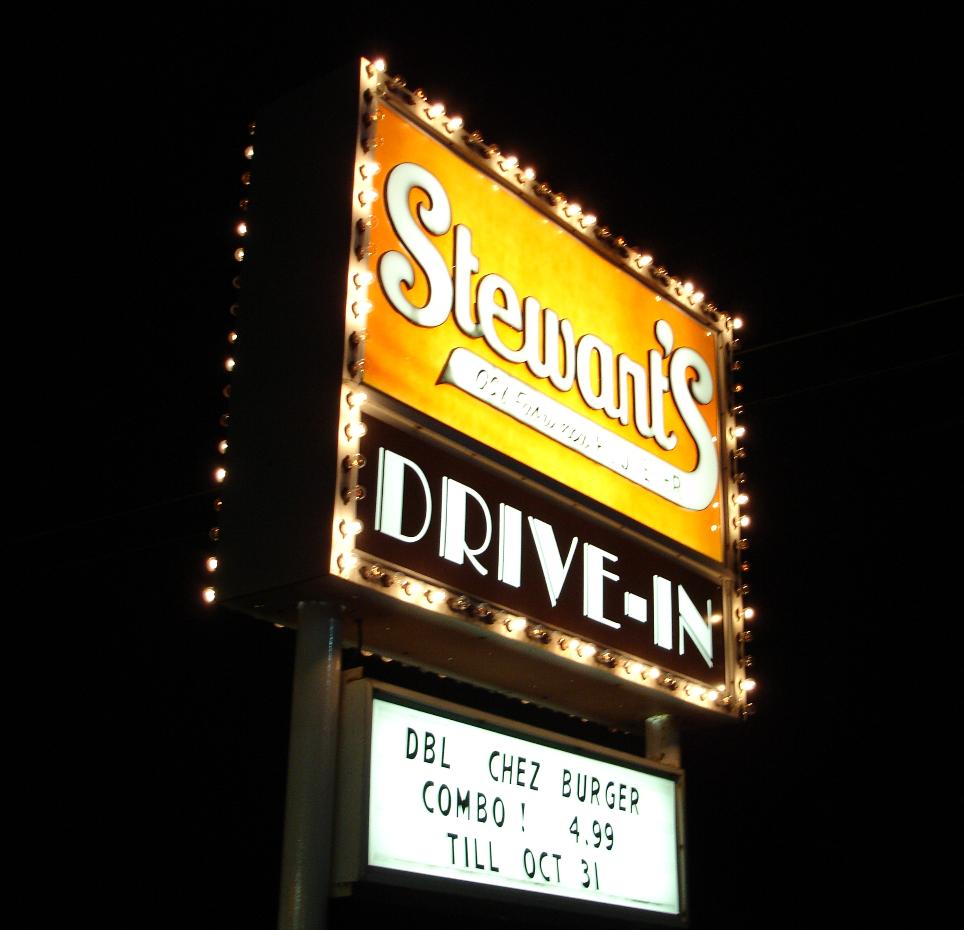 We’ve enjoyed every Stewart’s we’ve been to in NJ but our favorite may well be the Vineland Stewart’s.