What began in 1946 as the Homecoming, a 4th of July weekend festival for soldiers returning home from World War II, in 1950 was transformed into the peacetime Blackberry Festival in Carlisle, Kentucky (the blackberry became the official state fruit of Kentucky in 2004). Celebrated on Carlisle’s courthouse lawn, the festival features rides, games, a Blackberry Queen, plenty of live music (there’ll be gospel Wednesday night), a Thursday night parade, and fireworks on Friday night. 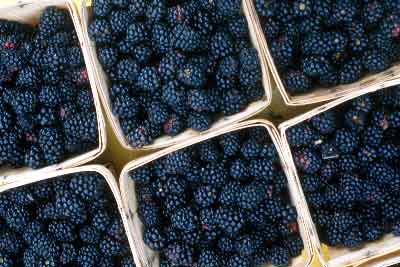 Don’t know if the blackberry will make an appearance in edible form but we hear that sandwiches of Kentucky country ham (!) have been spied during previous festivals. They don’t have a webpage so if you are looking for more information we think the county tourism association (877-289-4212) is your best bet.