The Smithfield Inn was built as a residence in 1752. Seven years later it was converted to a restaurant and inn. Like any restaurant over 250 years old, it’s obviously gone through many owners and had its ups and downs. For a long time in the 20th century it was well-known for traditional home-style Southern cooking. It was eventually even owned by Smithfield Foods, the giant pork processor and home of the world-renowned Smithfield Ham. 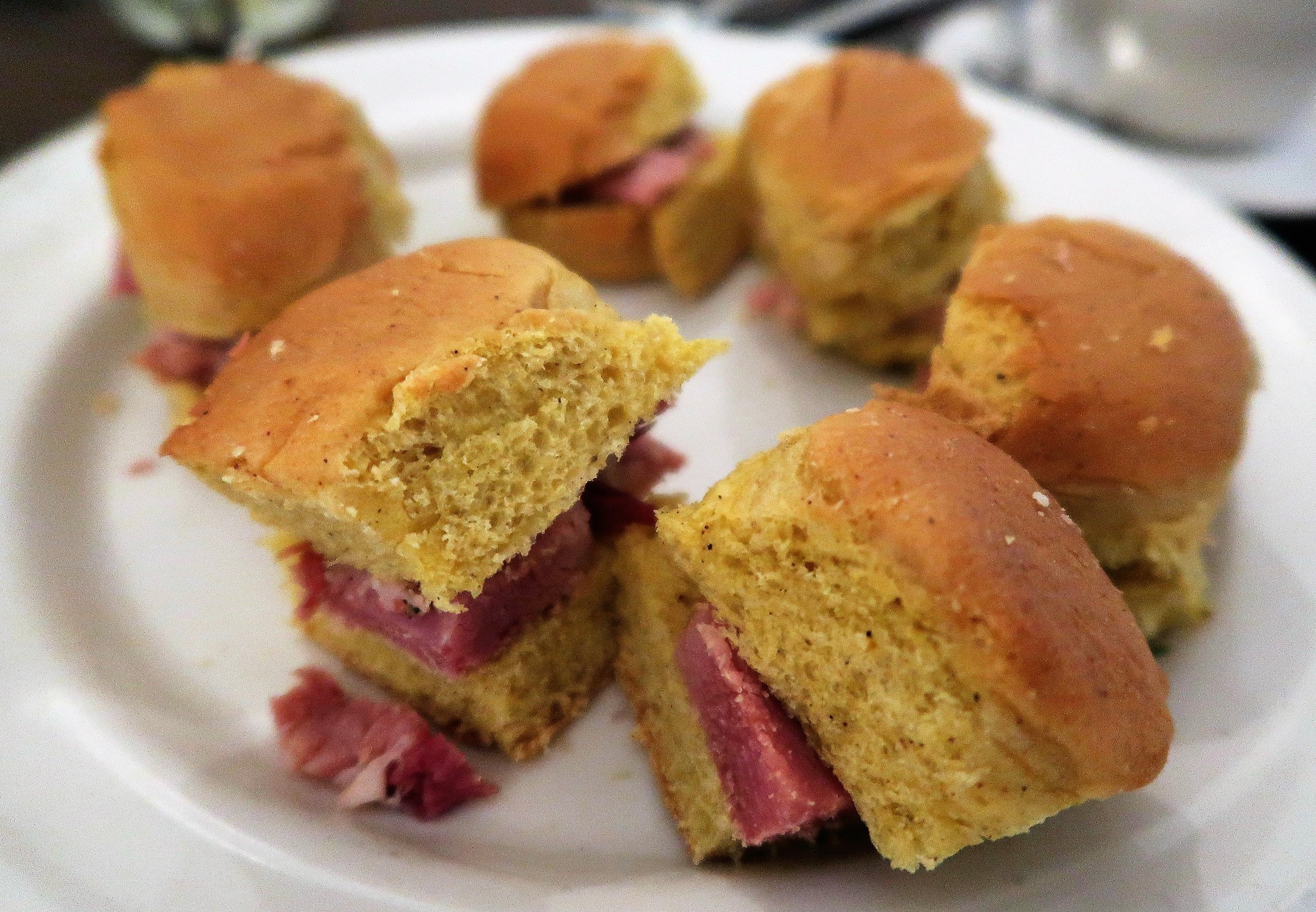 You can have your ham rolls on white yeast rolls or sweet potato rolls. The gently salty ham pairs beautifully with the gently sweet rolls.

That was until a couple of years ago, when the inn was purchased once again. The new owners have apparently freshened the menu and raised some prices. If you check the online chatter it would appear that the changes have rubbed some locals and traditionalists the wrong way. We’re of mixed feelings. We want traditional Southern food, but a place also has to stay in business, and we can’t blame anyone for doing what it takes to make a living. 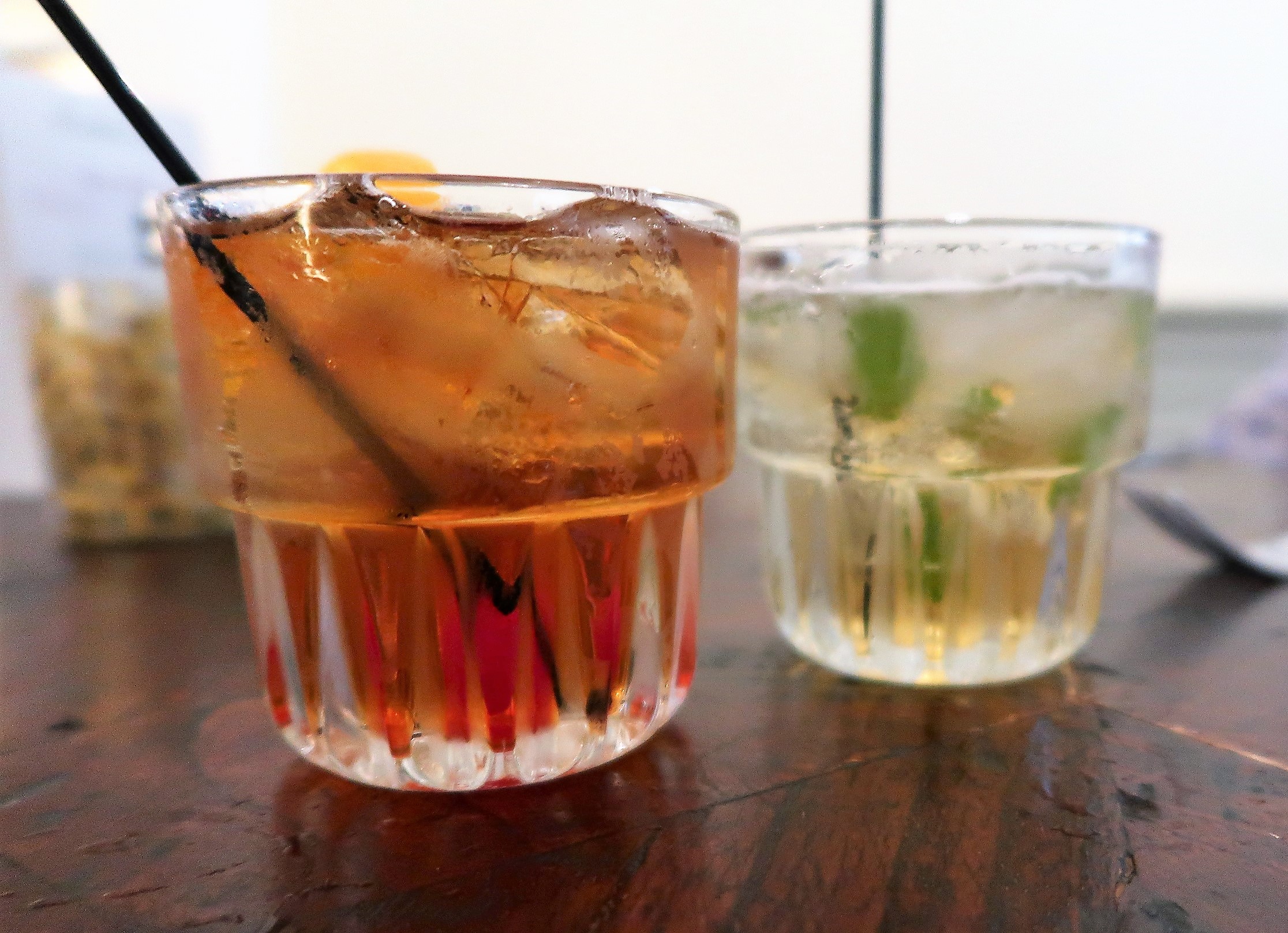 So while we have no interest in coming to the Smithfield to dine on Lobster Mac & Cheese or Asian Salmon (good as they may be), the new owners have thankfully retained some old menu favorites. We loved the Smithfield Inn Ham Rolls, pairing the country ham with homemade soft sweet potato rolls. You can order them by the roll, half dozen, or dozen, and, unless you are a master of self-control, we recommend requesting more than you think you’ll want. The Classic Southern Tasting plate, with crisp and grease-free fried green tomatoes, homey deviled eggs, addictive pimento cheese, and sweet bread and butter pickles, is unimpeachable. 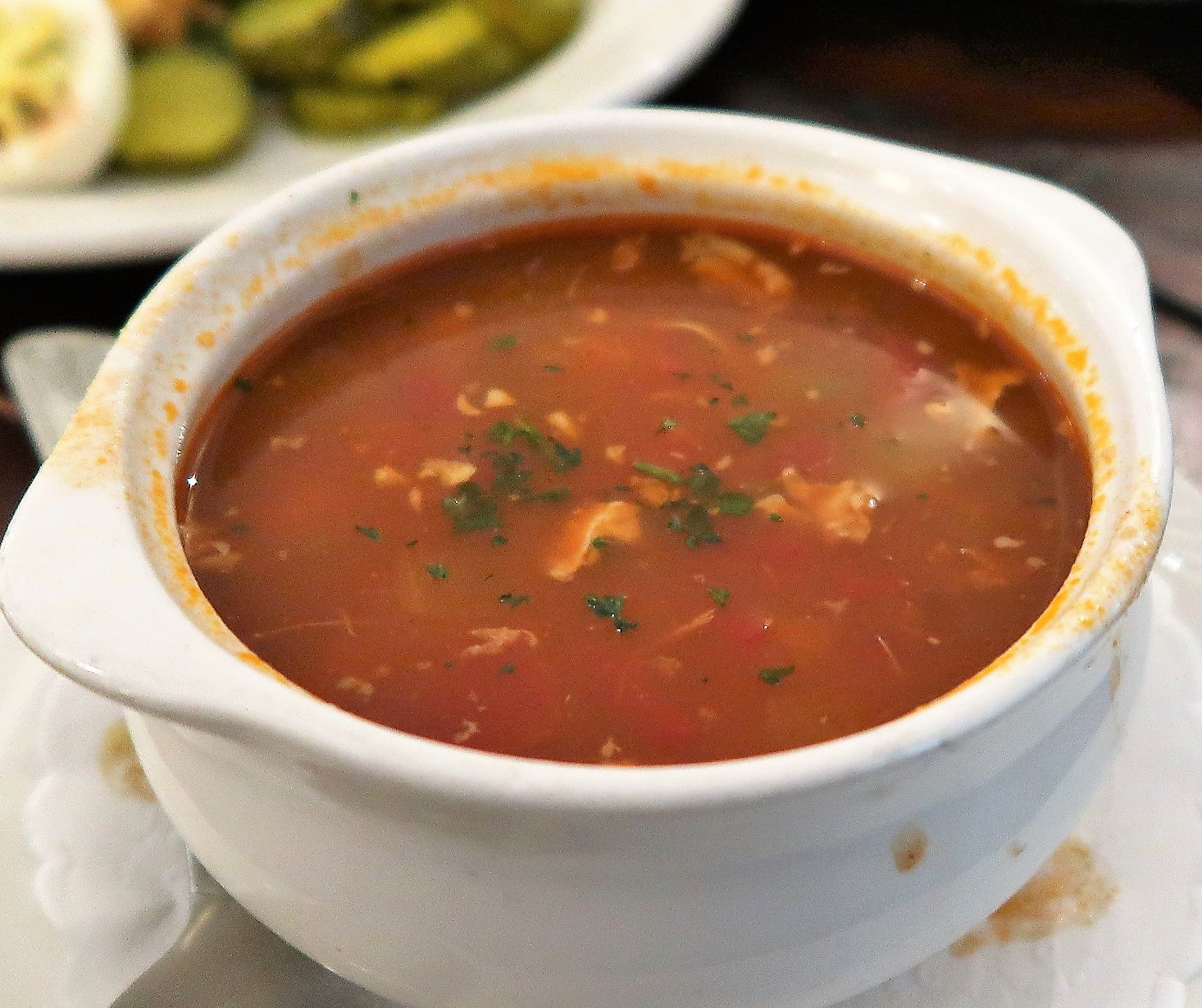 Brunswick stew, an amalgam of tomatoes, vegetables, and chicken, is often claimed by Virginia as its own.

Add in some she crab soup or Brunswick stew and you’ve got the makings of a terrific Southern-accented lunch or dinner without ever visiting the entree section of the menu. Although if you choose to investigate further we think there’s some potential in the shrimp & grits, crab cakes, or oysters (this is serious oyster country). 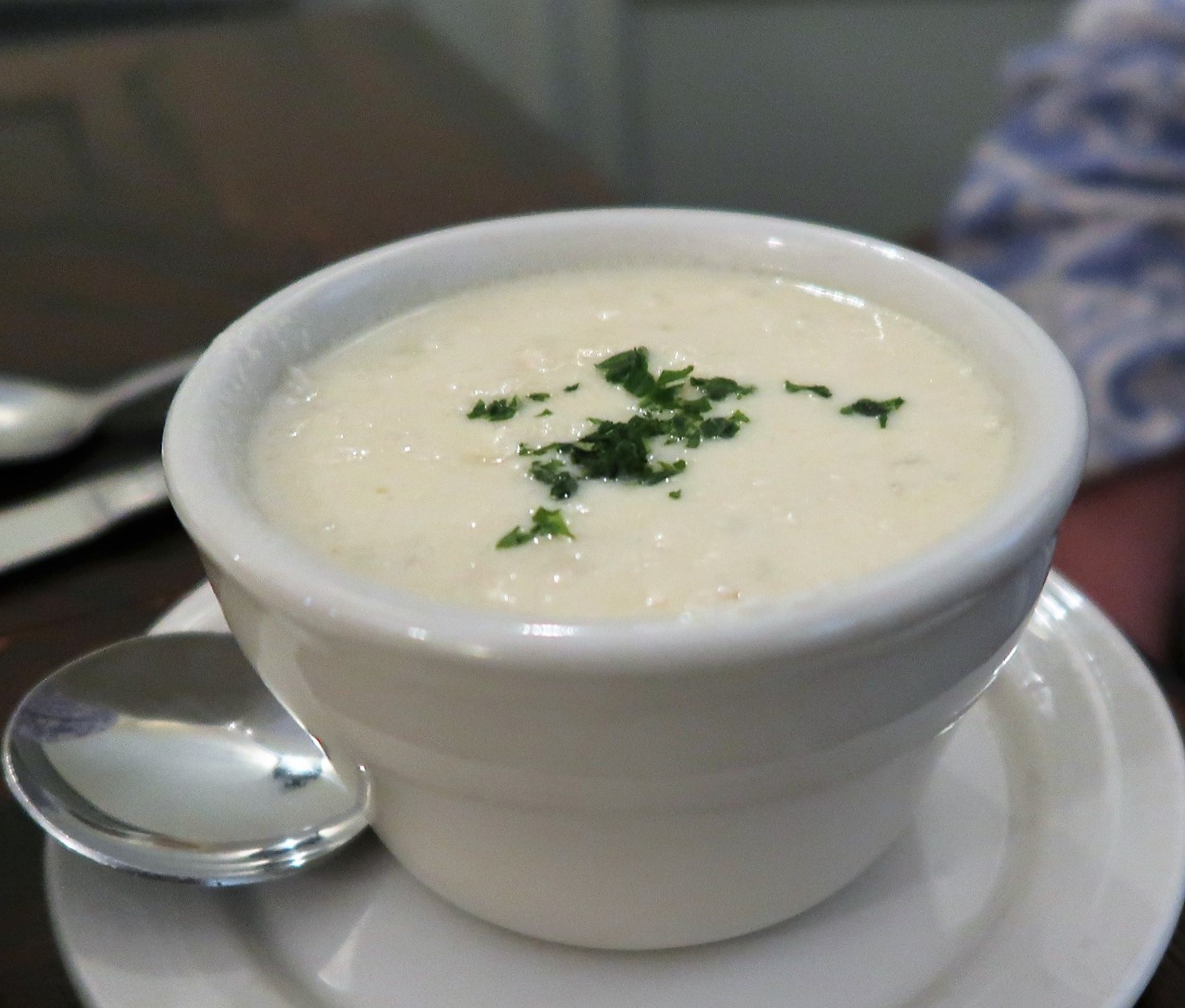 She crab soup, a rich and creamy crab bisque, is a specialty of the region. The roe of female crabs (hence the she crab name) is traditionally an ingredient, though an uncommon one these days. We don’t know if Smithfield Inn uses roe in their soup.

The inn offers a variety of dining environments, from their upscale dining room to, if the weather cooperates, outdoor dining, to the tavern. We think the tavern is the perfect spot to enjoy their good cocktails along with a pile of ham rolls and pimento cheese. 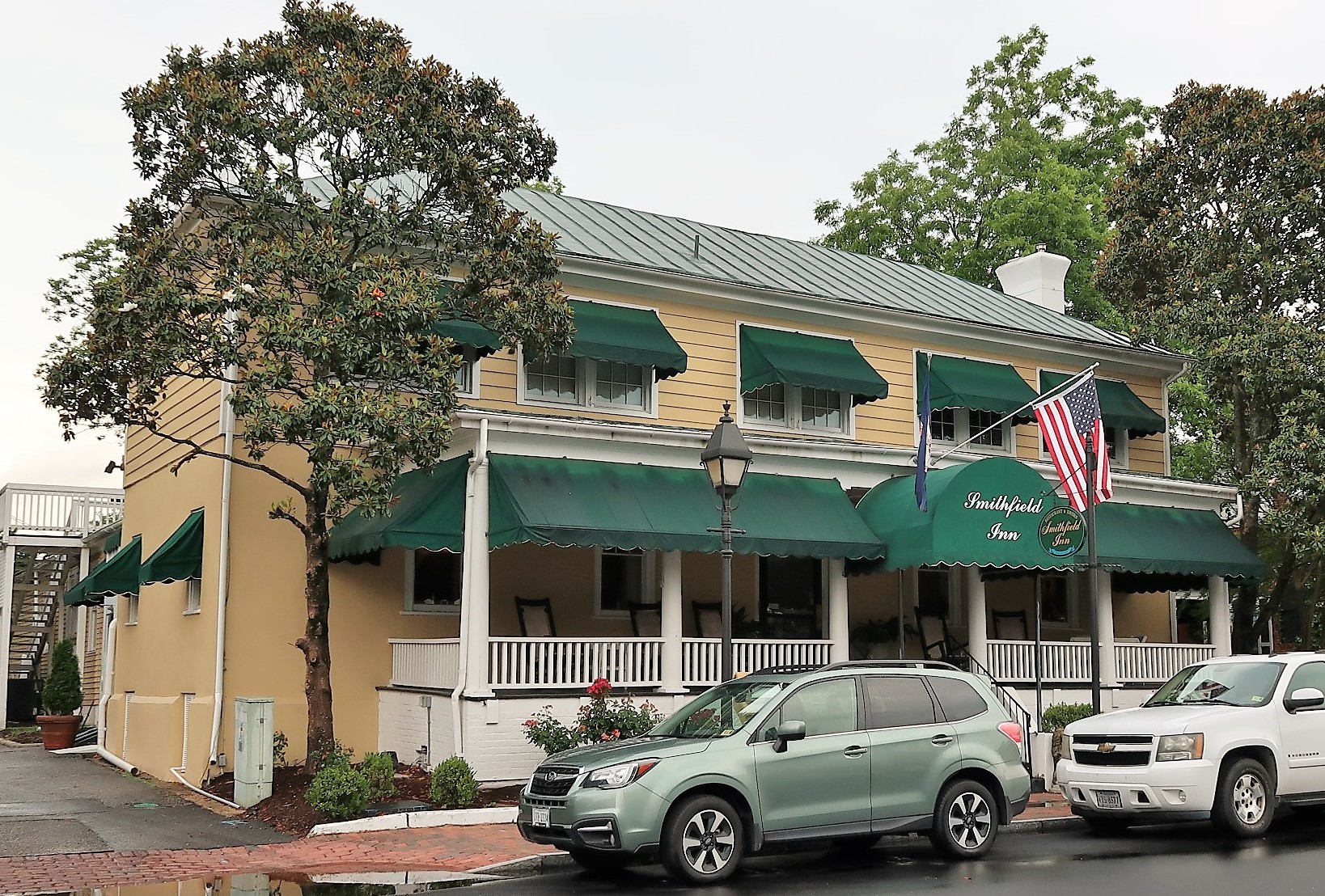