Last time we visited, the home team was the Norwich Navigators, the AA club for the San Francisco Giants, and attendance was dismal. Today, the team is the Connecticut Tigers, a short-season single-A farm team for the Detroit Tigers. That’s very low in the baseball pecking order – for many of these kids this is their first professional baseball experience. It’s pretty amazing to watch: feels like the game consists mostly of walks, strikeouts, and misplays. We say misplays rather than errors because the scorers rarely call anything an error. It’s kind of surprising to see guys play the field much like they do in your pickup softball game. Honestly, though, there were a couple of guys on each team that could clearly field their positions well. 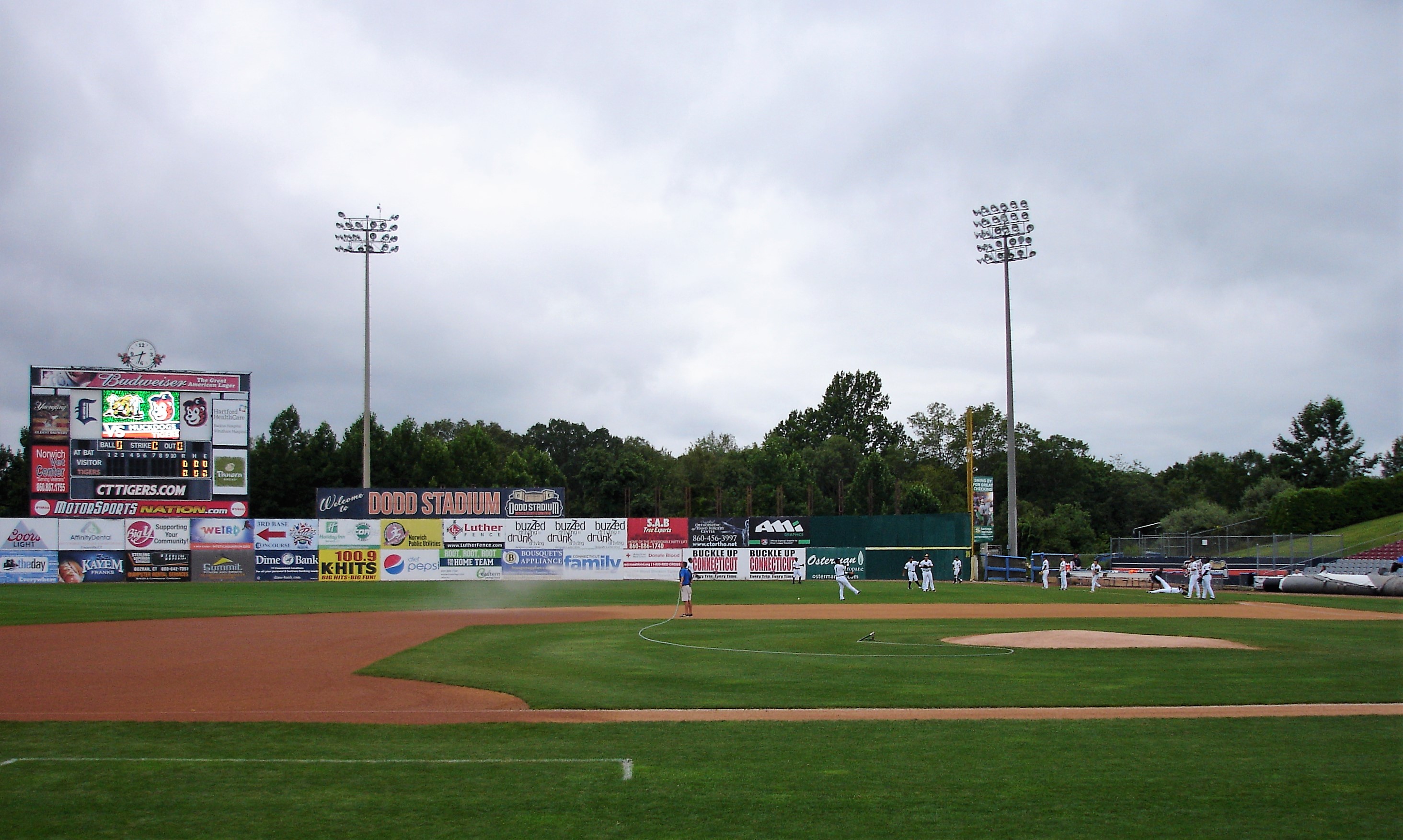 Many of these kids last played ball in school.

The food? Mostly standard ballpark fare, although there are a couple of stands that specialize in those multi-topping baroque takes on the tube steak that are so popular. The dogs are made by Kayem, a popular New England brand that is also responsible for the Fenway Frank. We stuck to regular dogs, a bag of peanuts, and beer. The dogs are grilled, bunned, and packaged ahead of time, but the flavorful Kayem dogs are a cut above the blubbery-bologna steamed dogs commonly found in ballparks. Unfortunately, the mustard is yellow. There is also a Ben & Jerry’s stand, and plenty of local beers are available. Decent pricing. Nice but low-key place to see a game. 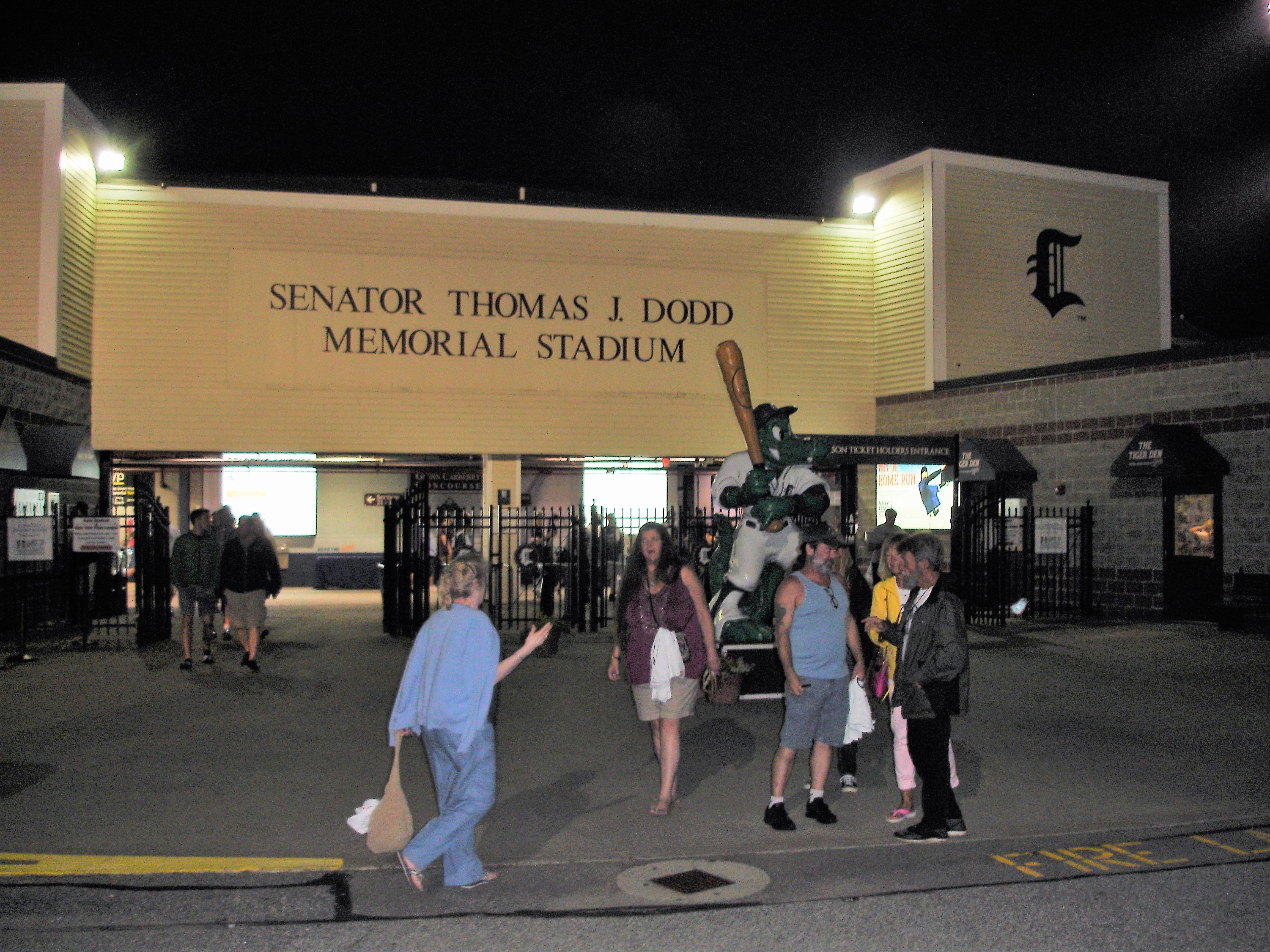