Checking in at: These Guys Brewing Company, Norwich CT

These Guys Brewing opened in Norwich in late 2015 and have since earned a reputation for their dining, an unusual accomplishment for a brewpub. We weren’t there to eat, however. We enjoyed a Gen Pop (“hazy, cloudy New England style IPA all Mosaic, easy drinking w/ delightful bitterness”) and a Queen B’s Pale Ale (” deep golden American Pale Ale brewed w/ honey malt & 3 hop varietals”), both well-made, amber-to-orange colored brews. 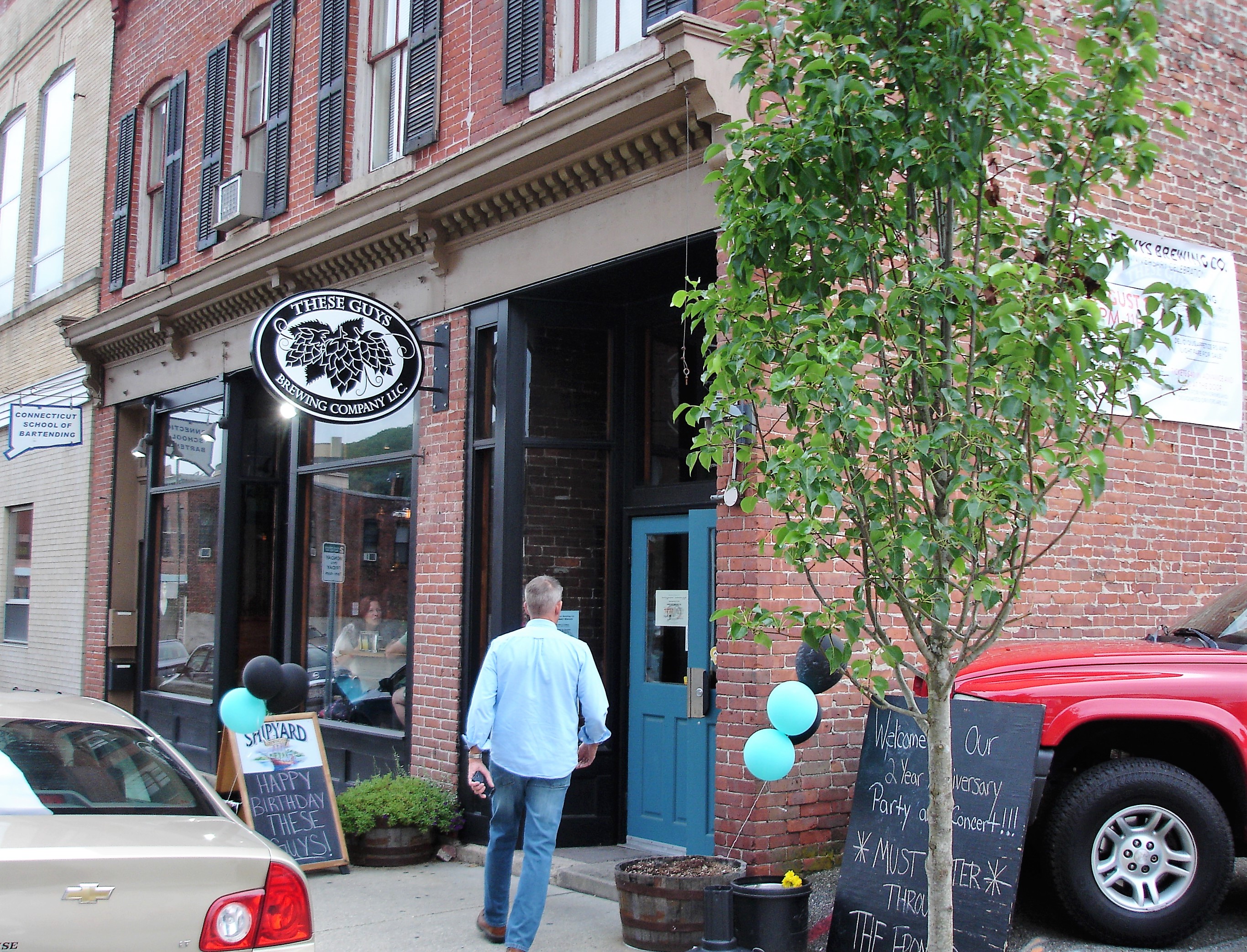 These Guys were celebrating their second anniversary this day with a big party in the parking lot to the right of the pub.

Very interestingly, their beer roster for the day consisted of a shandy, a red ale, a tripel, a strong ale, a gose, three IPAs, a pale ale, a brown ale, and three stouts (along with a fourth guest stout). Is it our imaginations or are brewpubs beginning to focus on stouts (and porters) the way they’ve focused on IPAs for the last few years? 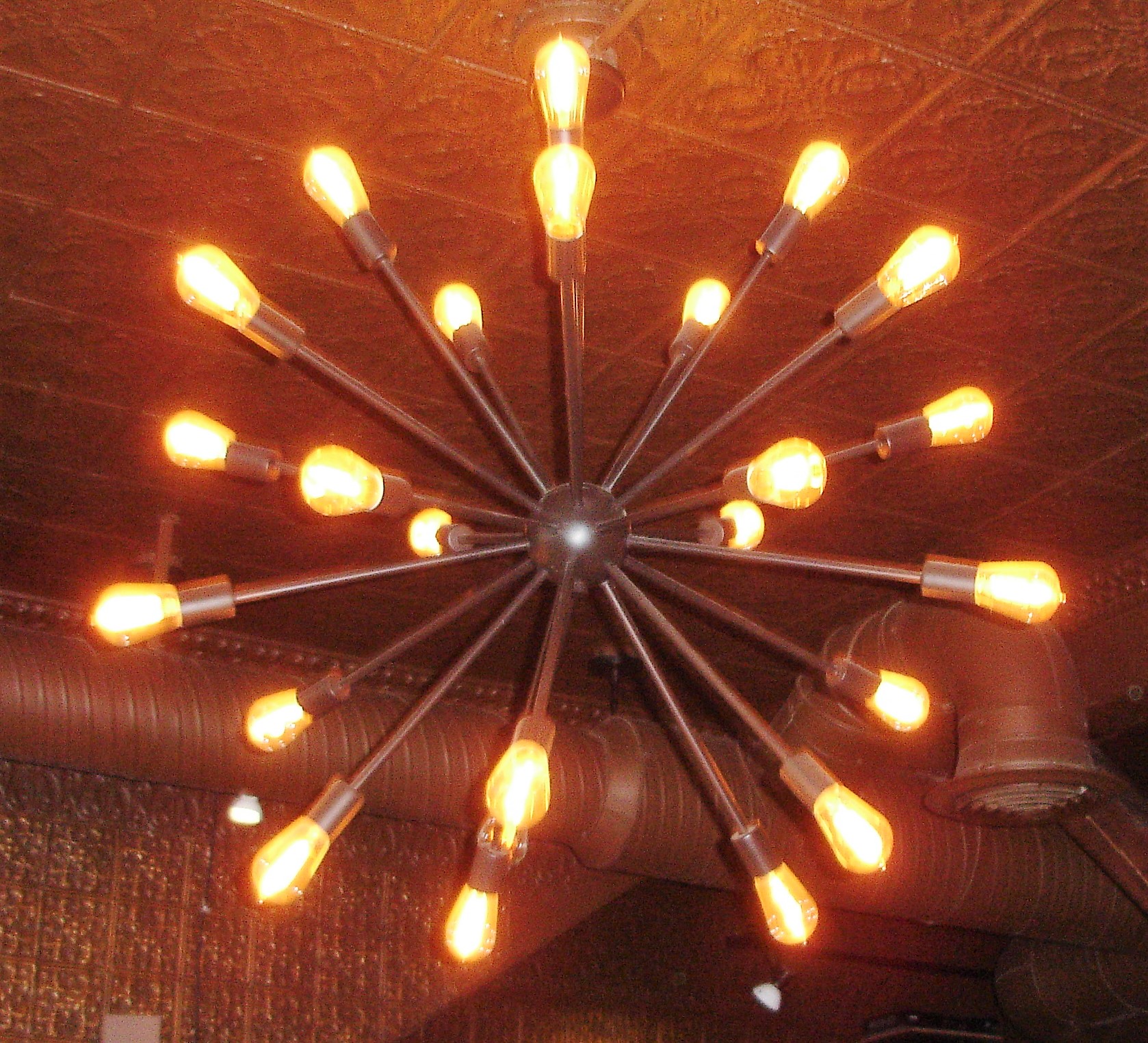 Industrial lighting chandeliers are in keeping with the style of These Guys.

These Guys’ building, constructed in 1883, is said to have been a saloon continuously since then, even through prohibition. Just a few doors down, in the old Norwich Bulletin building, is Epicure Brewing, opened in 2016. We ducked our heads in to take a look but didn’t have time to stay for a drink. Never seen two brewpubs so close to each other!

Checking In At, Norwich