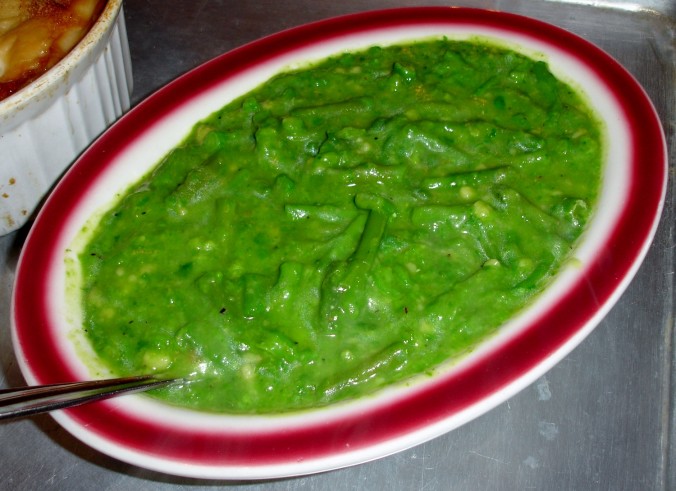 We've never seen milkweed served in any other restaurant. It's the perfect springtime dish.

If it’s spring, it’s milkweed time in Ephratah! Would you like to sample one of the more esoteric American regional specialties? Then head to Saltsman’s Hotel in late May or early June to try some verdant milkweed. 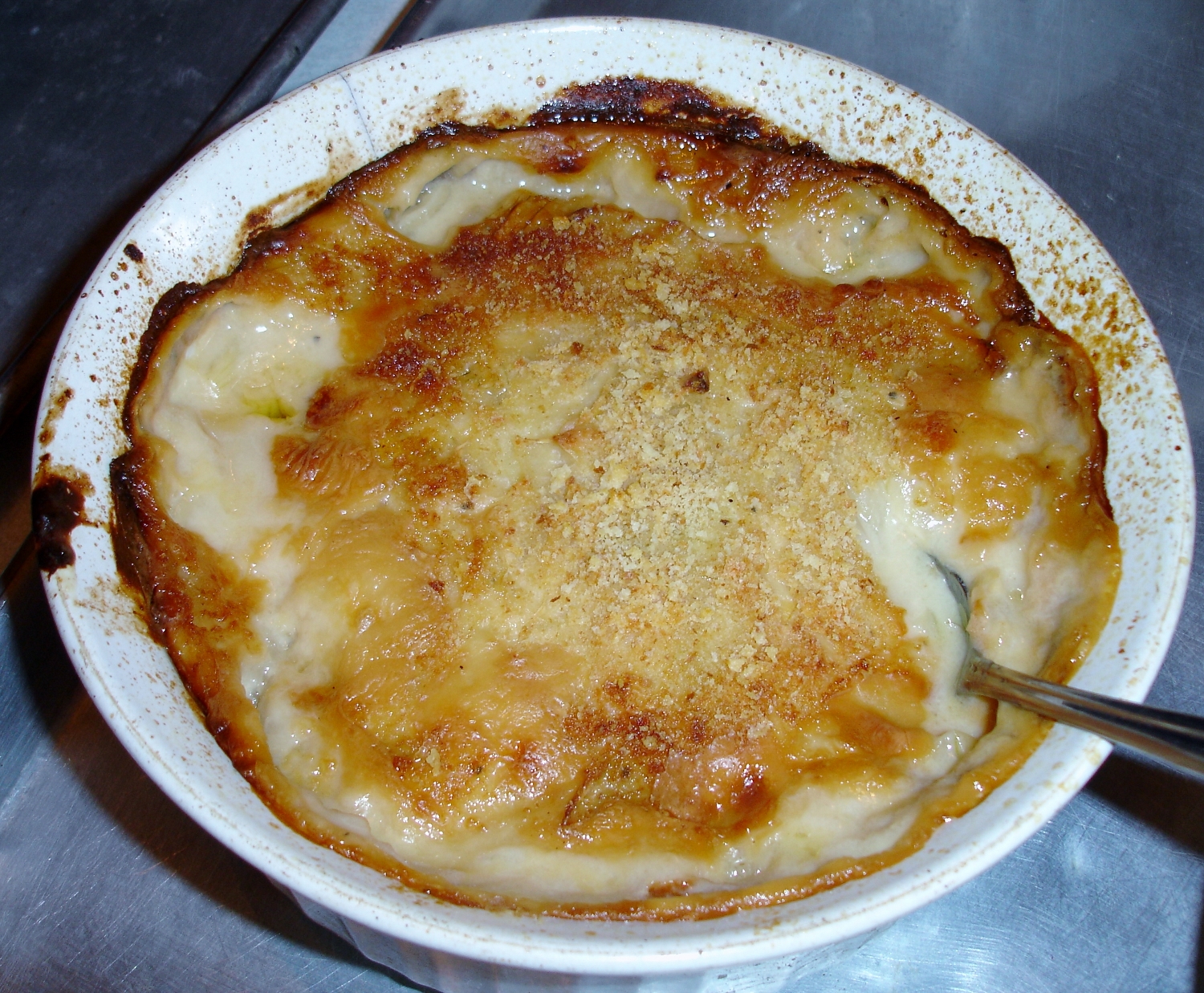 All full meals come with a square-meals-worthy onion casserole.

A yellow-painted hotel (although boarders are no longer taken), situated at an upstate New York crossroads seemingly in the middle of nowhere, Saltsman’s is said to be the oldest continuously operating restaurant in the state. We have relatives in their late 90s who recall dining there as children! Opened in 1813 as Apollo Hall, a coach stop hostelry and ballroom, it became Saltsman’s in 1889 and stayed in the family until 1979, when the Subiks purchased the restaurant. 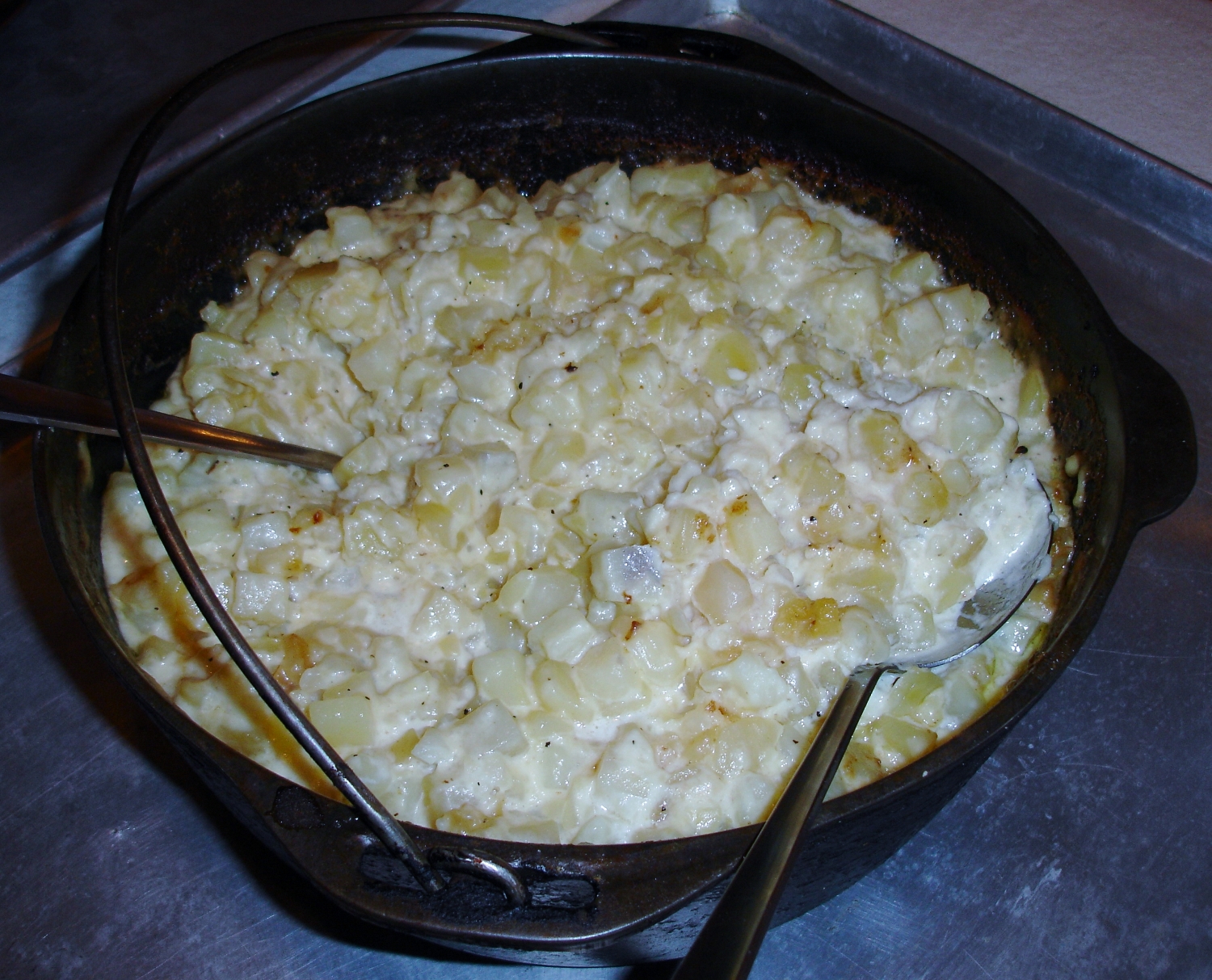 Creamed potatoes are also part of the dinner spread.

As you step into Saltsman’s you enter a painted pressed-tin-lined parlor with player-piano, and a guest register opened to a page bearing FDR’s signature. Fascinating items of historical interest are scattered throughout the hotel. We especially enjoyed perusing the invitations to the 19th-century balls that were held here. 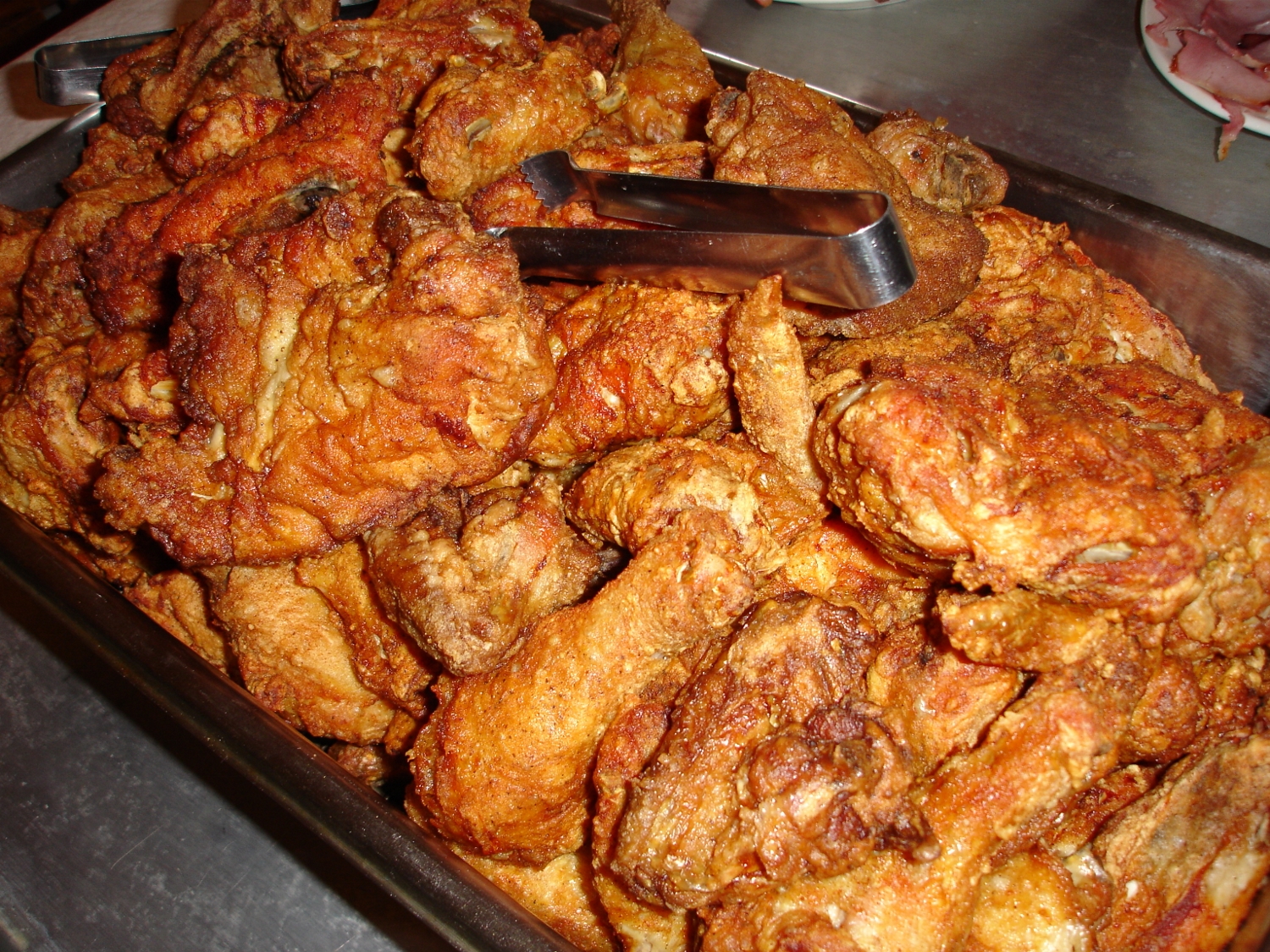 Our favorite entrée at Saltman’s is the crisp-crusted fried chicken.

Like Ephrata in Pennsylvania, Ephratah in New York is located in an Amish region. Saltsman’s is not, however, an Amish restaurant, and yet the country cooking Saltsman’s is famous for fits in well with the generous, hearty spirit of Amish cooking. There’s a pretty straightforward selection of American fare to choose from, and we especially enjoy the locally favored, lightly breaded, crackle-crusted fried chicken and the sweet sliced ham. 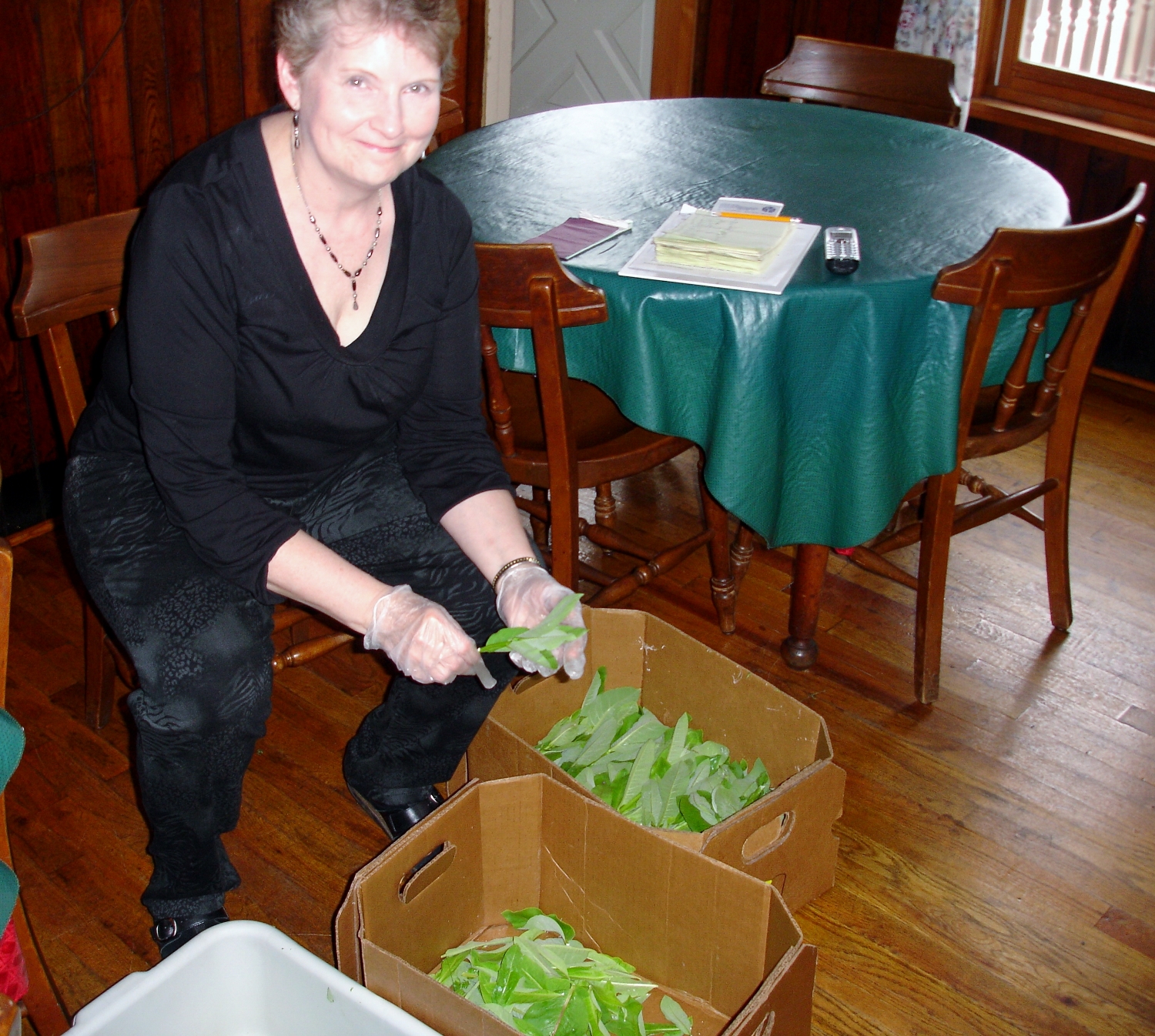 But it’s for the extras that we recommend a meal at Saltsman’s (and those extras can be your entire meal if you so choose). Included are slaw, corn fritters with syrup, terrific creamed potatoes (not mashed, but diced potatoes in a creamy sauce), a baked onion casserole, bread, and vegetables. And in season, there’s the famous milkweed, harvested from the fields of nearby farmers (who are only too happy to have it removed) by Tammie Subik.

One of many rooms at the restaurant

Milkweed is edible only when harvested young, and the resulting dish resembles a bright green chlorophyll-charged creamed spinach, though in flavor it more closely resembles (to us, at least) a combination of asparagus and peas. What a unique springtime treat! Late summer, the Subiks serve another locally treasured, brief-of-season, specialty: elderberry pie (made from locally picked fruit). We’ve yet to try it, but we’d bet, like the milkweed, it’s worth the trip. 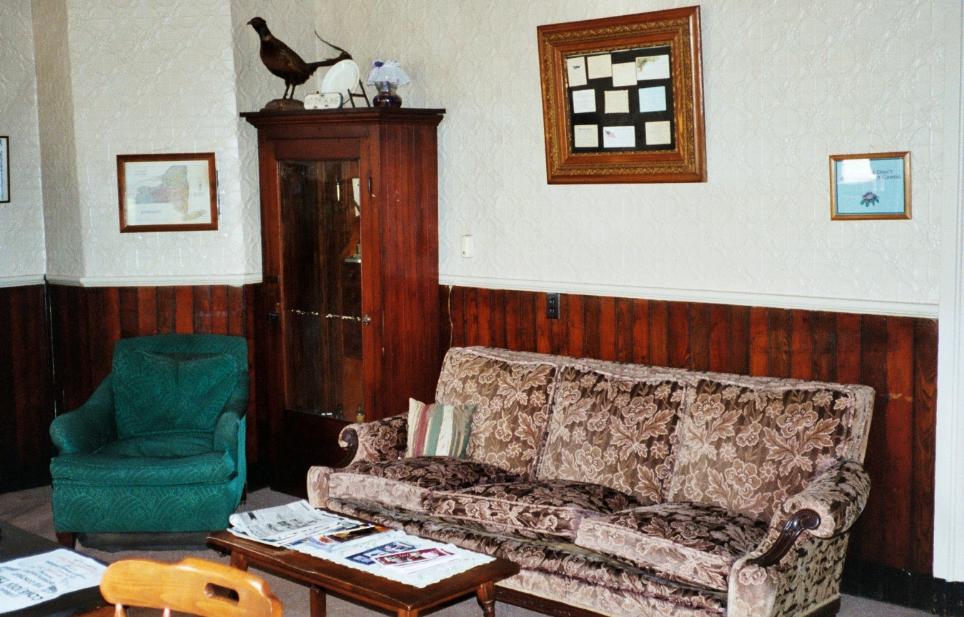 There are historical items for you to inspect in the parlor while waiting for a table.

Saltsman’s Hotel opens Easter weekend and closes around Halloween, and is closed Monday and Tuesday. The seasons for milkweed and elderberries are brief and variable so if you’re planning a special trip for either of those specialties we suggest calling ahead so as not to be disappointed. 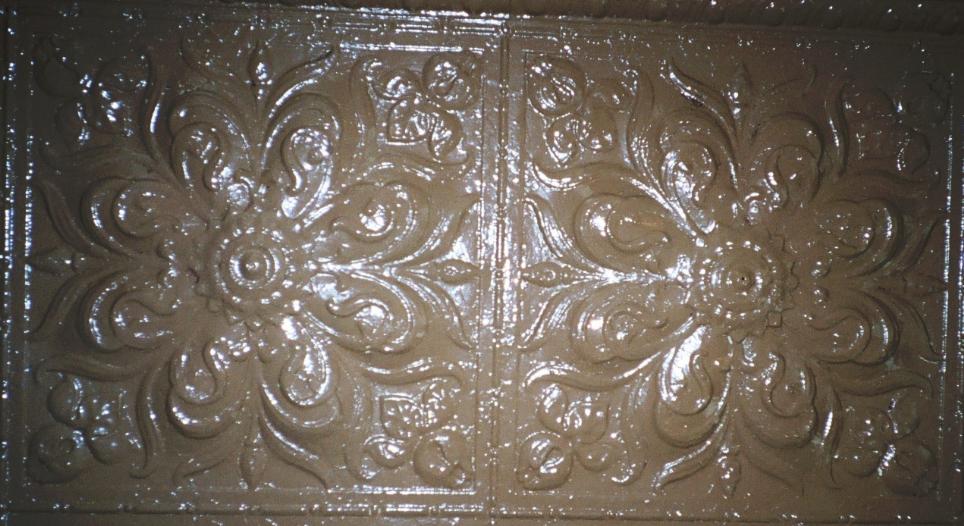 A closeup of the pressed tin in the parlor 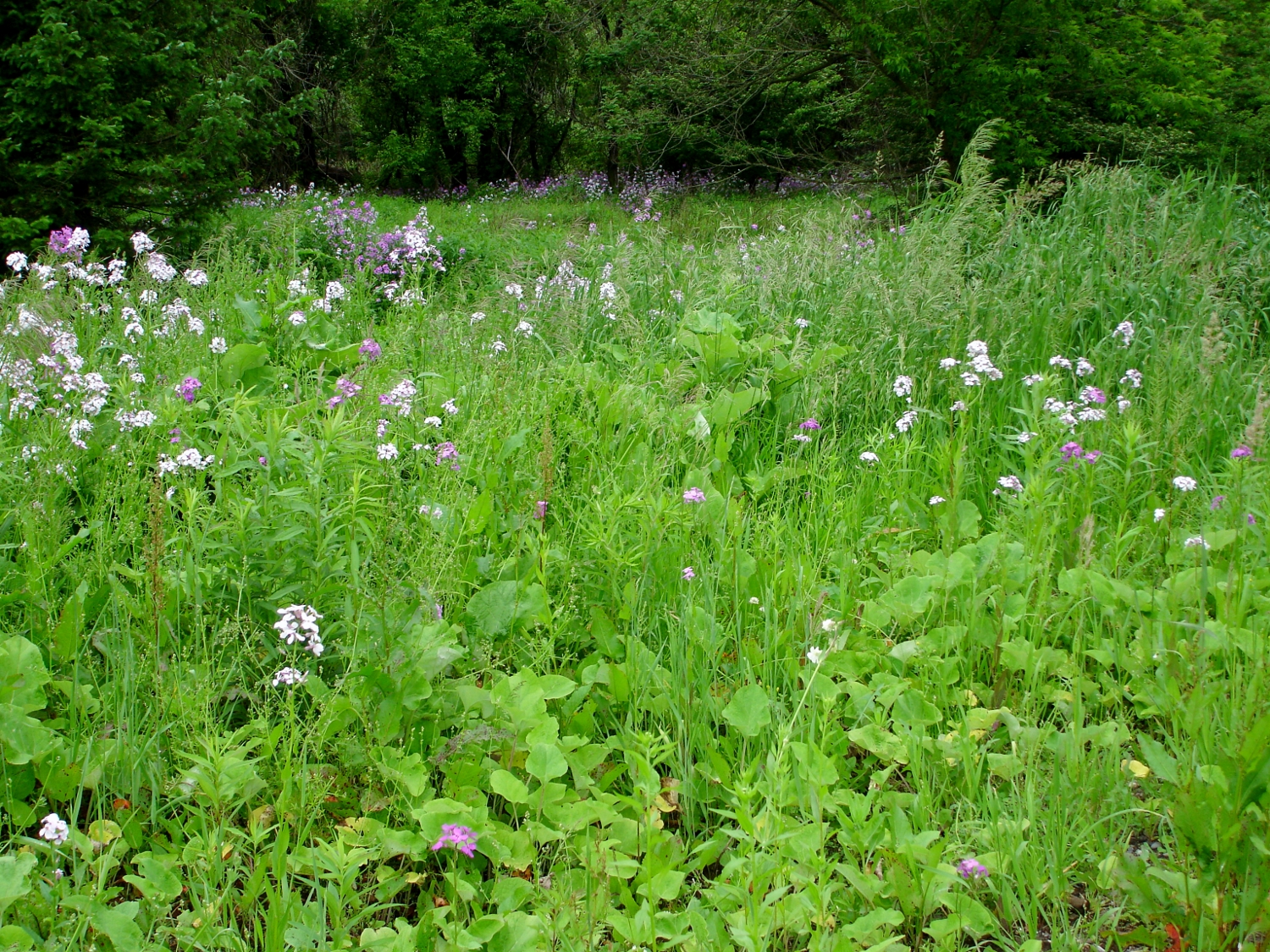 An early July day outside the Hotel, alive with wildflowers 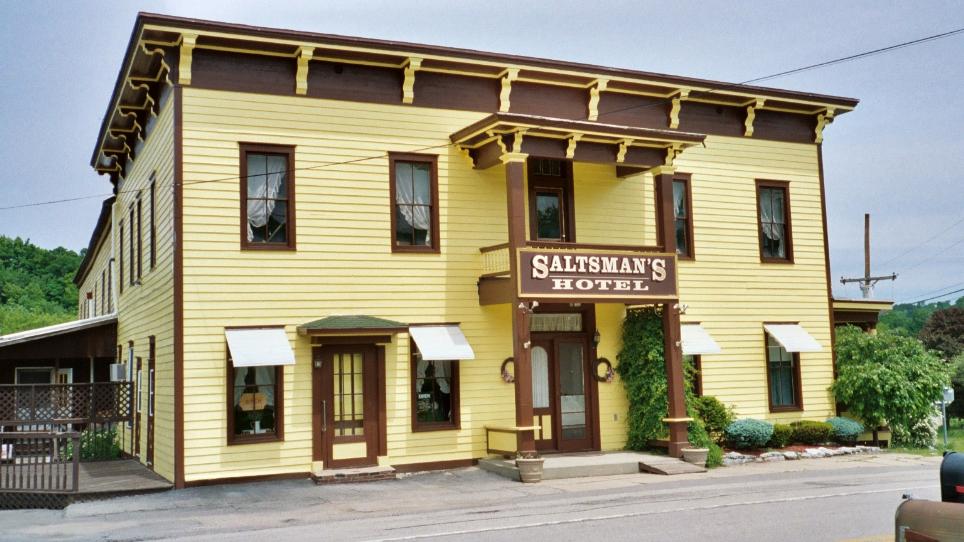 Saltsman’s has been open ever since it was built in 1813 as Apollo Hall.