There are still many Trenton-area tomato pie aficionados who get misty-eyed at the mention of the long-departed Maruca’s. De Lorenzo on Hudson Street (now in Robbinsville), De Lorenzo on Hamilton Avenue (now in Hamilton Township), Papa’s (also now in Robbinsville), Joe’s (closed), Maruca’s: those were the Big Five. Maruca’s opened a branch at the Jersey shore and eventually closed up shop entirely in the city. Today, Maruca’s shore reputation may surpass its capital city rep. Many people claim that Maruca’s serves the best slices on the shore. We tend to agree with them. 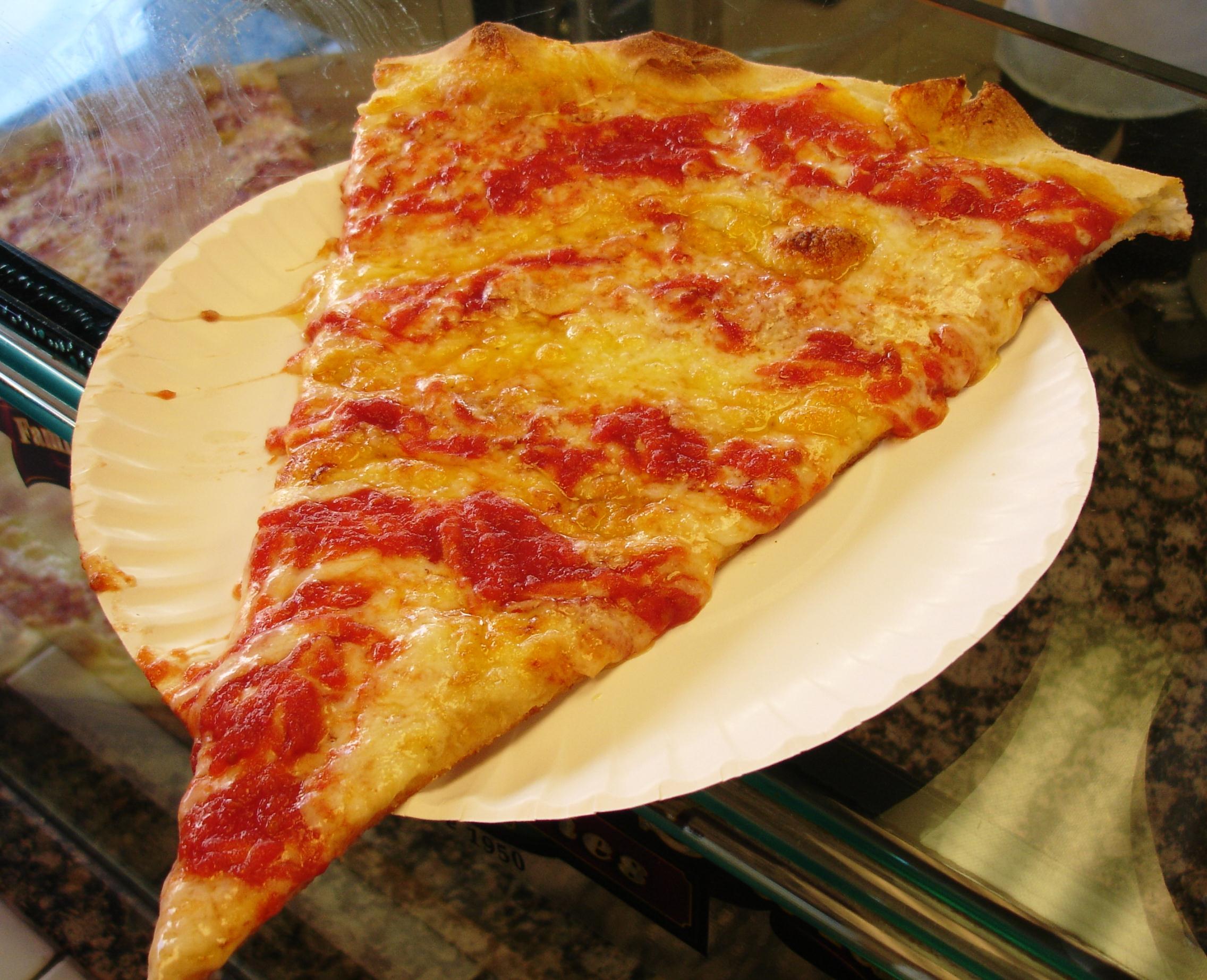 Giant slices of pizza are the standard on the boards. Maruca’s had no choice but to join the oversized parade but, thankfully, the quality has not suffered for it. Like all tomato pies (as opposed to pizza), these broad discs receive their layer of cheese before sauce is applied. The distinctive Maruca’s visual touch is the application of a hypnotic spiral of sauce.

One other Maruca’s trademark is the cheese: it’s a proprietary blend, and they aren’t talking, but word on the boardwalk is that it’s a mozzarella/white cheddar combo. If so, it’s a very mild cheddar, and that would explain the generous layer of dairy oil encountered on a Maruca’s pie (as many cooks know, cheddar has a greater tendency than mutz to weep oil when heated). We love the grease, which results in an almost buttery taste, but if you are a fat-phobe, be forewarned. Come to think of it, if you’re a fat-phobe, what the hell are you doing eating on the boardwalk?

So here is your recommended eating plan for the Seaside, NJ boardwalk: walking south, start with a cheesesteak from Midway, grab an orangeade from Kohr’s, walk to the south end of the action where you’ll get a slice from Maruca’s, then stop again at Midway on your way back for a sausage/peppers/onions sandwich, and finish off with a frozen custard twist cone from Kohr’s. Don’t forget to take your statin that evening.