The cheese frenchee (on some local menus you’ll see it spelled frenchie) might be the quintessential bar food: a salty, fatty, gooey, thirst-inducing snack. Invented at a now-defunct regional chain named King’s Food Host, it shows up on the fast-food menus of a few eastern Nebraska restaurants, including Don & Millie’s, a mini-chain with about half a dozen locations between Omaha and Lincoln. 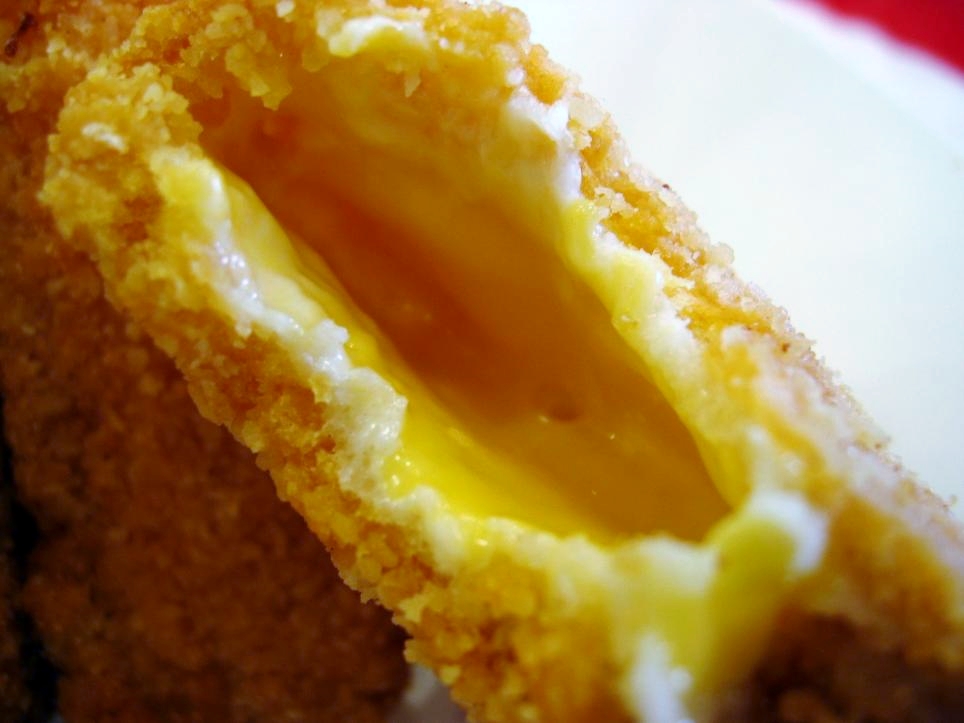 A frenchee is a kind of deep-fried cheese sandwich.

Don & Millie’s captures, for us at least, a certain Midwestern otherworldliness. It looks like many other fast-food outlets, bright and accessible and chirpy. They serve well-regarded burgers, messy and good foot-long chili cheese dogs, onion rings and french fries glistening with oil. And they also specialize in buck-99-long-necks and 99-cent margaritas! The margaritas you can watch bubbling away at the order counter, in those old-fashioned fountain-style drink coolers you remember from the lunch counter of Woolworth’s. 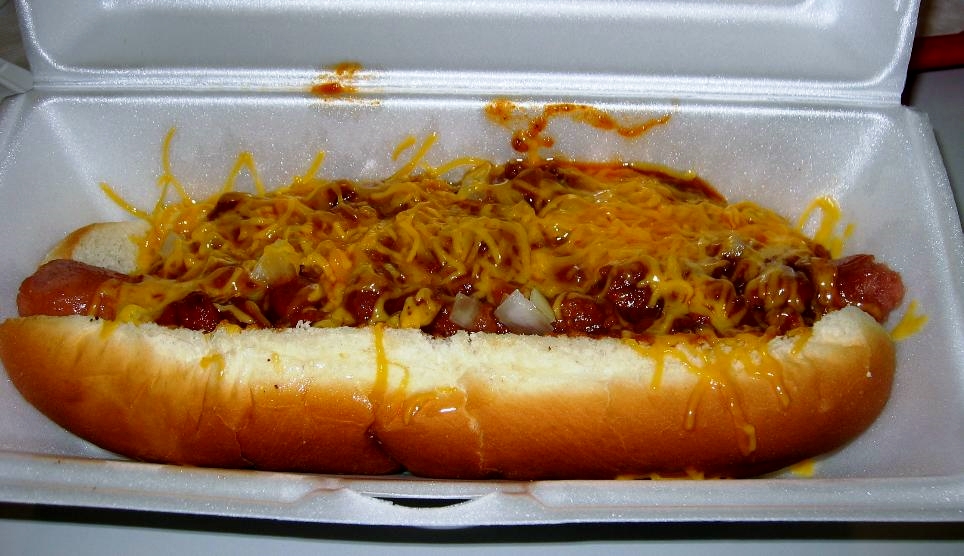 We enjoyed this chili cheese dog, but we don’t recommend eating chili dogs and frenchees at the same meal.

The cheese frenchee? It’s like a grilled cheese sandwich, sort of, except instead of getting the grill treatment, it gets a spread of mayo, it’s cut into triangles, dipped in batter, rolled in cornflake crumbs, and deep-fried! Does it taste good? Well, it does in the same way that Deep South fried dill pickles dipped in creamy dressing taste good. You know it’s about as naughty a food as humankind can create, and yet it provides a regional culinary thrill for the adventurous of palate and iron of gut. You’ll be grateful for the beers and margaritas. 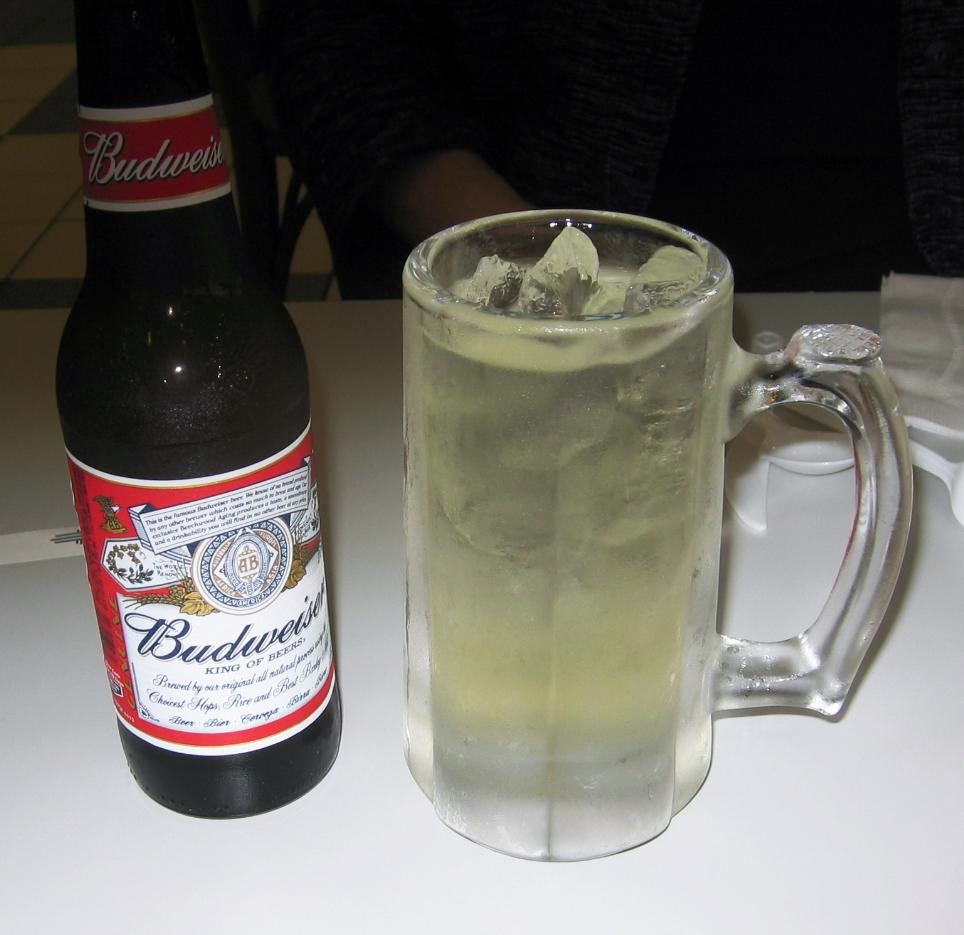 The beers are $1.99 and margaritas are 99 cents. Yet Don & Millie’s is more like a McDonald’s than a dark pub.

We haven’t tried the frenchees at other Nebraska restaurants, so we can’t say that this is the “best” version of the “dish”; but it probably doesn’t matter. At least once, we’d recommend hitting Don & Millie’s some afternoon for cheese frenchees and 99-cent margaritas. How can you not love Nebraska? 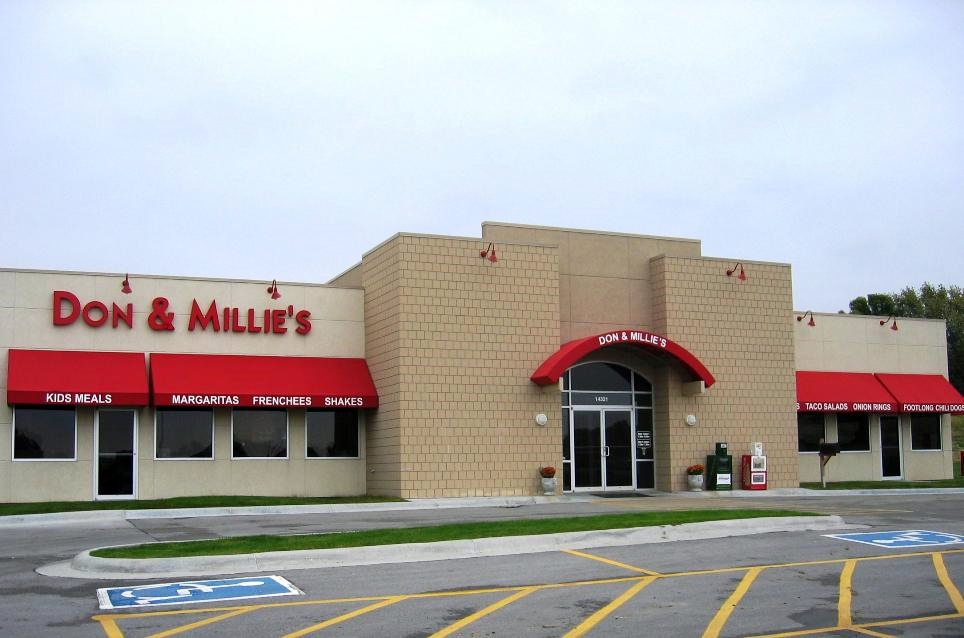 There are a few Don & Millie’s restaurants in Omaha, a couple in Lincoln, and one in Bellevue.