The Smith House in Dahlonega, Georgia is an inn with a history. The house was built atop a vein of gold that remained unmined because the 19th-century town fathers did not want the noise and disturbance to the town that mining would bring. Today, The Smith House is famous for the generous feasts they put out daily. You might want to give some thought to spending your Thanksgiving here, when The Smith House pulls out all the stops. Here’s what will be on this year’s Thanksgiving menu:

Price for adults is around $25 and they take no reservations for Thanksgiving. Serving hours will be 11 a.m. until 6 p.m.

Here’s a story about The Smith House from Greenville Online. 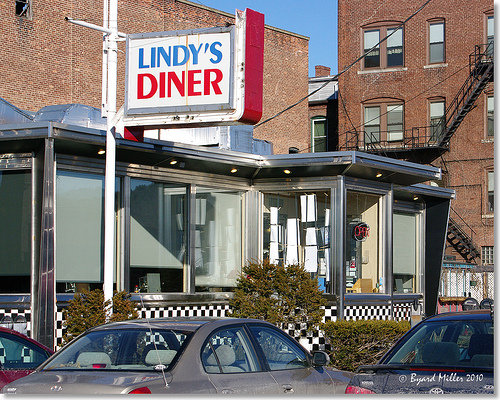 In yesterday’s Sunday magazine for the Boston Globe, you’ll find a feature on the 16 must-visit diners of New England. New Jersey may be the spiritual home of the diner but we believe New England’s claim to diner significance is legitimate. New England diners are often the last bulwark against the total disappearance of old-fashioned regional cuisine. The Globe devoted half of the selections to Massachusetts diners and the other eight cover such favorites as Jigger’s in Rhode Island, the Blue Benn in Bennington, Vermont, and Lindy’s in Keene, New Hampshire.

In a companion piece, the Globe asks Boston-area bigwigs for their personal favorite diners. One of our favorite chefs, Lydia Shire (currently at Scampo), chose the Maine Diner in Wells, where she was first introduced to the hot lobster roll. Anyone who has had the chance to enjoy one of Ms. Shire’s incredible lobster pizzas can draw a straight line between the two dishes. 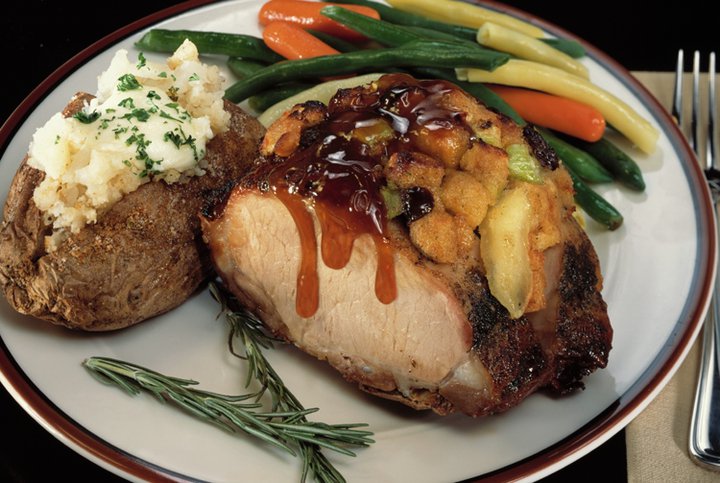 Double-thick pork chops are a specialty of Iowa’s Machine Shed.

The Urbandale, Iowa (just outside of Des Moines) branch of the square-meals, Iowa-farmer-themed mini-chain Machine Shed closed last week for remodeling. They are supposed to reopen early this month but photos posted on their Facebook page seem to indicate that their opening date is not imminent. Check their page for the latest info.

Good Eating in Little Rock on a Budget 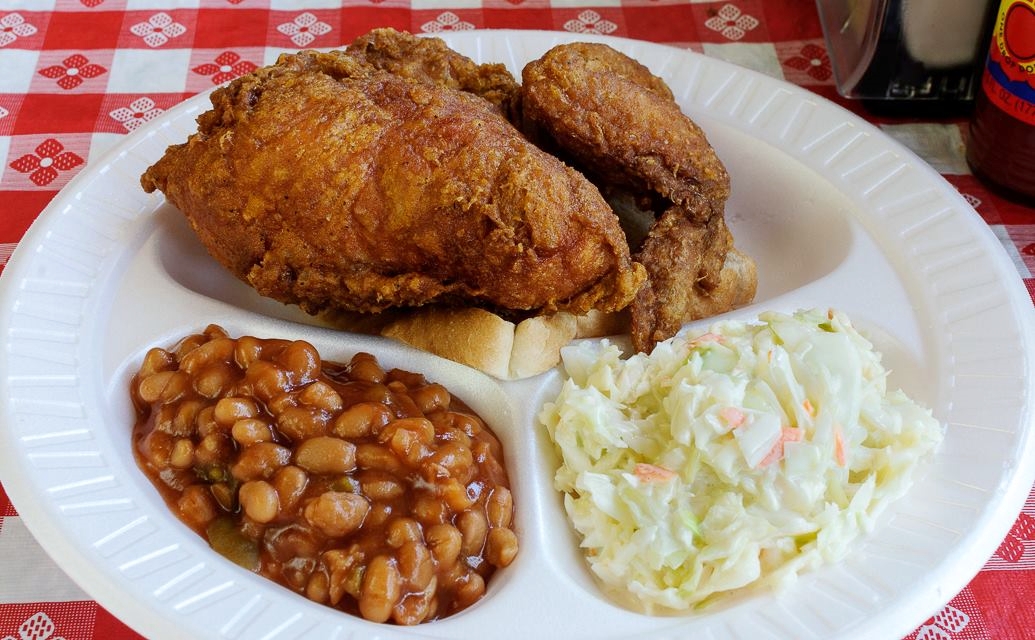 Gus’s Fried Chicken is the source for the Memphis area’s favorite chicken.

There are plenty of good suggestions for cheap eating in Little Rock, Arkansas in this story from Arkansas Times. Their recommendations range from Pho Thanh My, for pho of course, and all-you-can-eat red beans and rice at the Oyster Bar at Stift Station, to the Little Rock outpost of that Memphis favorite, Gus’s Fried Chicken.