When Irish Fries Are Smiling

A Closer Look at Archie’s Waeside of Iowa

Here’s a new book we can’t wait to get our hands on: The New England Diner Cookbook: Classic and Creative Recipes from the Finest Roadside Eateries, by Mike Urban. As most diner lovers know, diners have two spiritual homes, New Jersey and New England, each with their own unique diner culture. The beauty of the Jersey diner is that they are ubiquitous and generally predictable, a dependable stop for burgers, sandwiches, and breakfast no matter where you are. New England diners often have a fiercely regional bent, with quirky personalities. The book takes advantage of that characteristic by offering recipes and stories for many of the regional specialties for which some of the region’s great old diners are known. Have a look inside, and purchase, the book here.

When Irish Fries Are Smiling 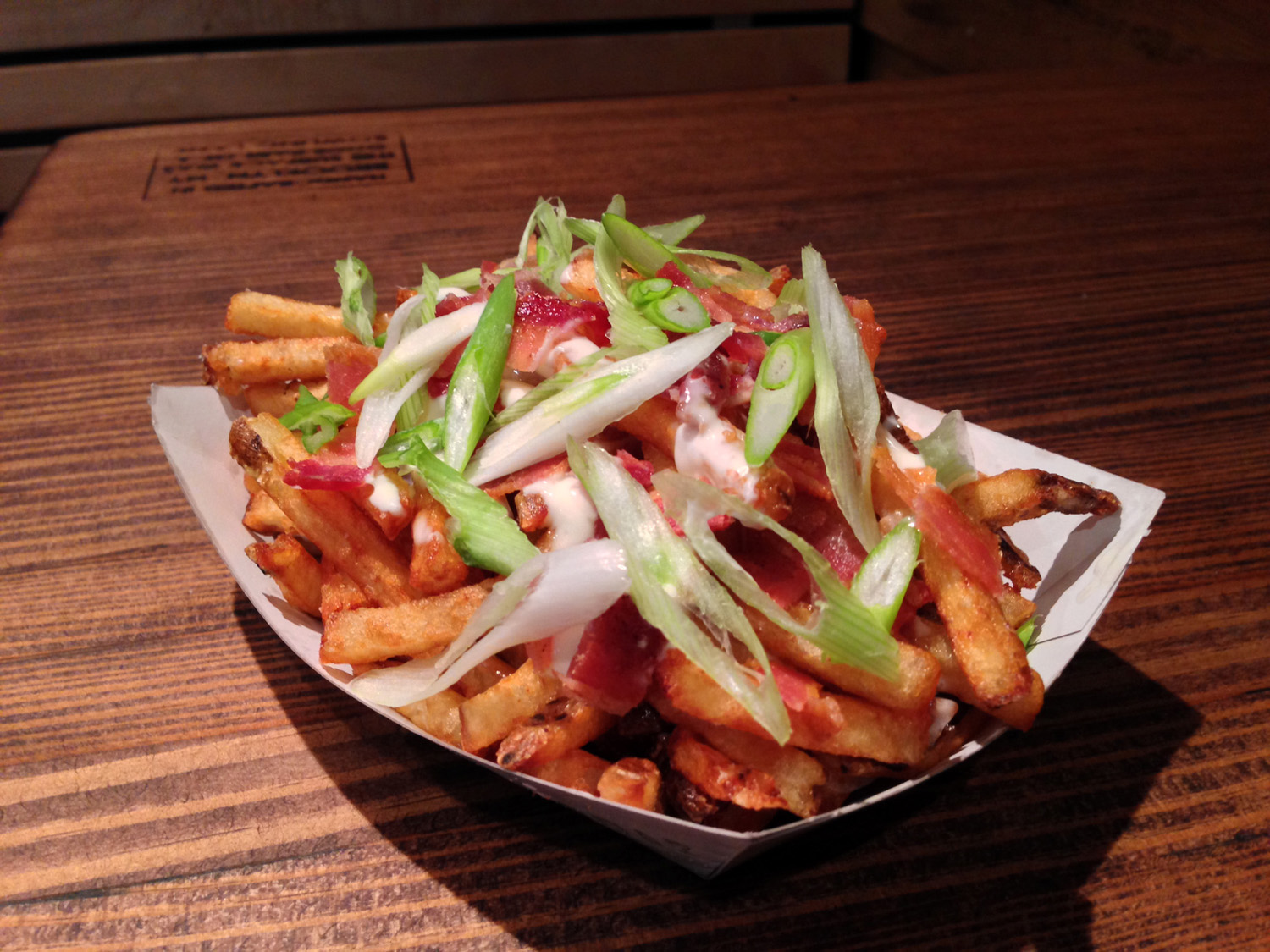 For St. Patrick’s Day: fries topped with horseradish cream, scallions, and bacon. This is a picture of last year’s version, before they returned to crinkle-cut fries.

That’s what Shake Shack calls their special edition St. Patrick’s Day fries – When Irish Fries Are Smiling. They top their crinkle-cut fries with horseradish cream, scallions, and bacon. Last year they were available at all U.S. Shake Shacks, and they may well be again this year, but, so far, we’ve only heard that the Las Vegas Shack will be serving them, from Friday, March 13th through St. Patrick’s Day the following Tuesday. 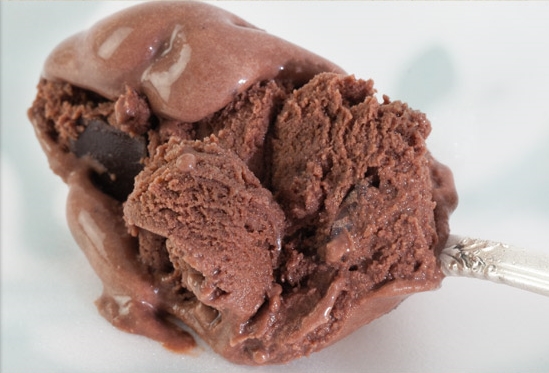 Dark Chocolate Truffle Gelato: dark chocolate gelato is paired with
dark chocolate truffles that have dark
chocolate cream centers. This is one of their four existing gelato flavors. Four new ones have just been added.

What is it about gelato that especially appeals to you? The texture? The intense flavors? Or is it a health consideration: at Graeter’s the gelato has half the butterfat of their regular ice cream. Graeter’s has just announced four new gelato flavors, bringing their gelato lineup to eight flavors in all. The new flavors are: Black Raspberry; Dark Chocolate Mint Crunch; Toasted Coconut; and Bananas Foster. We’ve never tried Graeter’s gelati but if they’re anywhere near as good as their ice cream, we can’t wait to sample them.

A Closer Look at Archie’s Waeside of Iowa

KTIV News 4 Sioux City IA: News, Weather and Sports
Archie’s Waeside of Le Mars, Iowa was recently named one of five America’s Classics for 2015 by the James Beard Foundation. KTIV of Sioux City visited the restaurant recently to get owner Bob Rand’s take on receiving the honor. Says Bob, “We’re going to celebrate and enjoy the moment, and then we’re going to go do the same things we’ve done every day for the last 66 years.” Congratulations Bob!