What interests us about those wagers made by mayors of cities with sports teams vying for championships are the stakes; it’s usually food, and it should be something iconic, something representative of the city. Here’s a wager made between sheriffs from the respective Super Bowl cities, Seattle and Boston. John Urquhart, King County Sheriff, is putting up cupcakes from Cupcake Royale and Sea-Salt Truffles from Fran’s Chocolates. Steven W. Tompkins, sheriff of Suffolk County, will send a dozen lobster tail pastries from Luberto’s Bakery in Revere if The Pats lose. We know Cupcake Royale and Fran’s well, and are fans of both, but Luberto’s and their lobster tails are new to us. On to The List it goes! 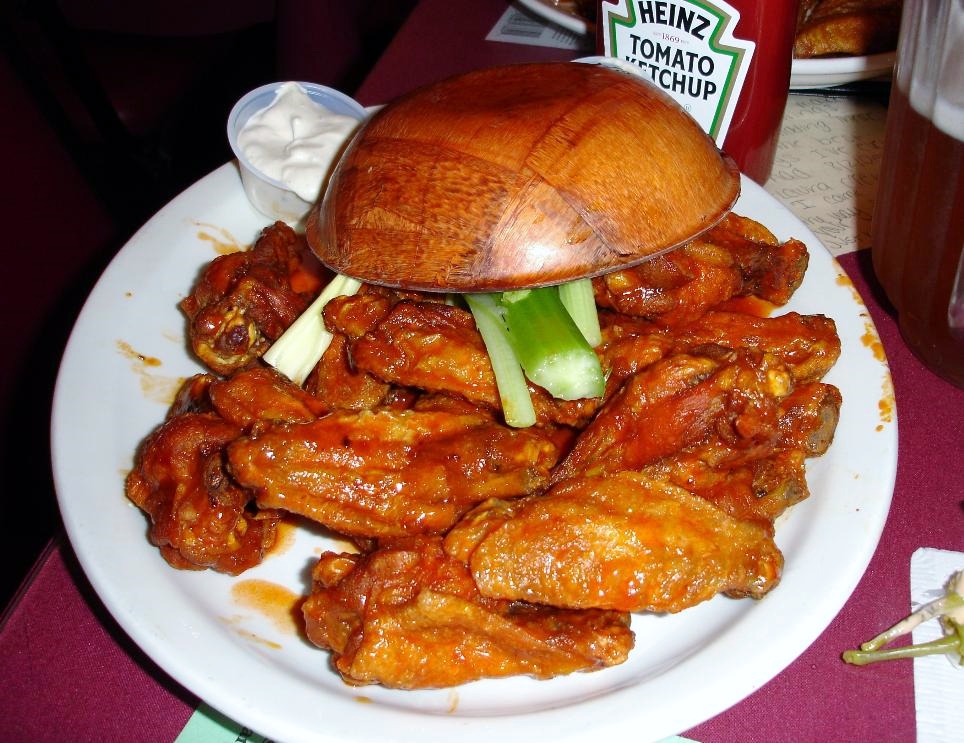 A bowl of Buffalo wings from the inventor, Anchor Bar of Buffalo, NY

Americans will consume 1.25 billion wings on Super Bowl Sunday. 1.25 billion! That’s four wings for every resident of the U.S. Is that possible? It’s the biggest day of the year for chicken wings. Wing fans may notice that the wings are larger than usual, as chicken feed prices have been dropping, prompting farmers to fatten their chickens more. On the other hand, fewer chickens are being slaughtered, which means fewer wings, so per wing prices will be higher this year. Meatier, pricier wings – that’s the forecast. 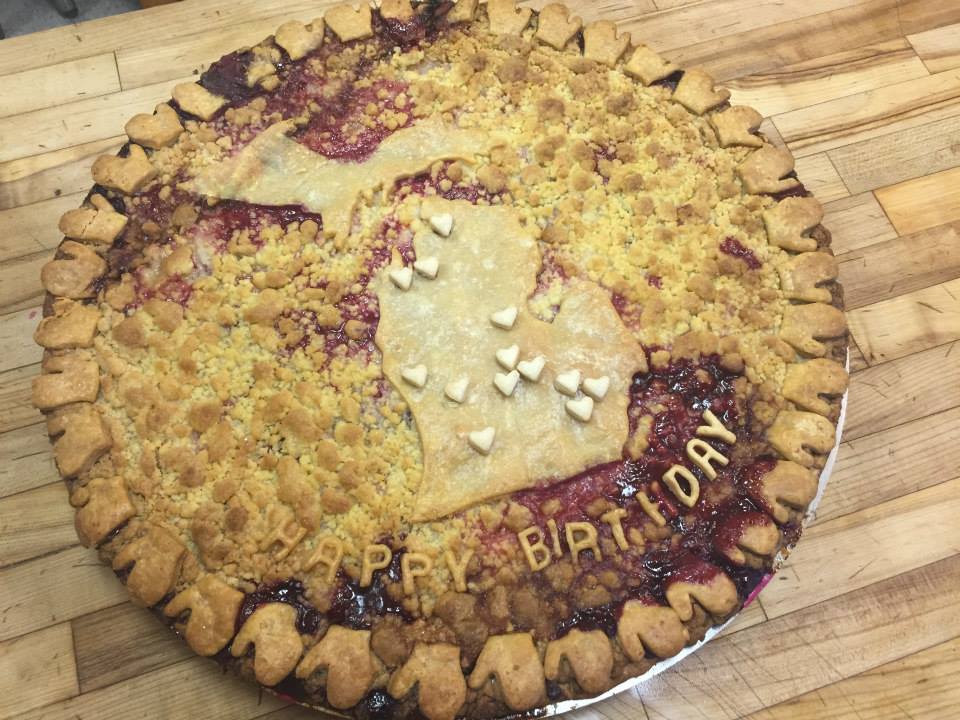 A 30 pound pie to honor Michigan!

The Grand Traverse Pie Company of Brighton, Michigan baked a 30-pound Michigan ABC Crumb Pie last week for Michigan’s 178th birthday. A=apples from northern Michigan, B=blueberries from Grand Haven, and C=sour cherries from Montmorency County. Some of the crust features: the mitten and Upper Peninsula are cut from pie dough, hearts are placed in spots with a Grand Traverse Pie store, and mittens circle the edge. Free samples of the pie will be distributed today at the Brighton shop. 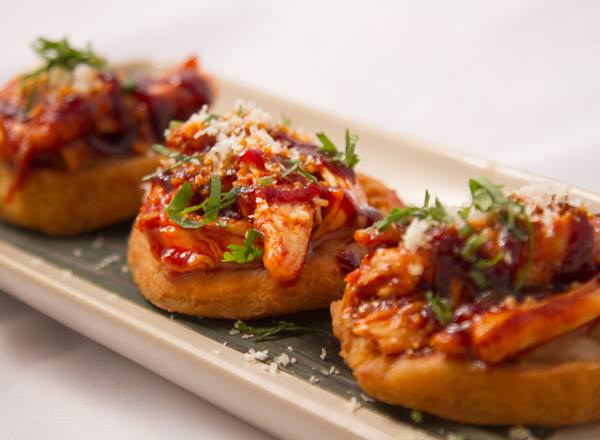 Chicken garnachas from Rick Bayless’ Frontera Grill, chosen as the #3 restaurant in Chicago

Zagat just released the results of their survey to determine the top 50 restaurants in Chicago. #1? The Midwestern/Mediterranean avec, which focuses on pairing the reasonably priced “peasant” wines of Western Europe with their reasonably priced food. The wildly modern and expensive Alinea was selected as #2. Rick Bayless’ Topolobampo is #12 and the steakhouse Gibson’s is #16. Least expensive restaurant among the top 50? The 73-year-old Top Notch Beefburgers at #34.