Come See the GingerBrown in Louisville

The restaurant business in Charleston is thriving, so why are the local restaurants that feature the cuisine of African-Americans closing at a rapid pace? That’s the question addressed by a story in The Charleston Chronicle, and there’s no simple and easy answer. Among the local soul food and Gullah cuisine restaurants to have recently shut their doors is Gullah Cuisine in Mount Pleasant, which closed in October. Ernie’s, a long-time soul food staple in downtown Charleston, closed down towards the end of last year. 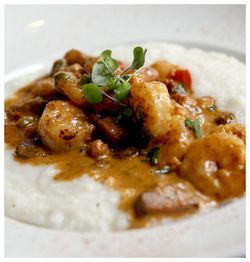 Local soul food legend Alice Warren (once of Alice’s Fine Foods) was cooking at Ike’s Gullah Foods on Meeting Street when it closed in September. On a positive note, Ms. Warren landed on her feet at the weeks old soul food emporium known as My Three Sons. We wish them the long-term success that has eluded their Charleston soul food kin.

Come See the GingerBrown in Louisville 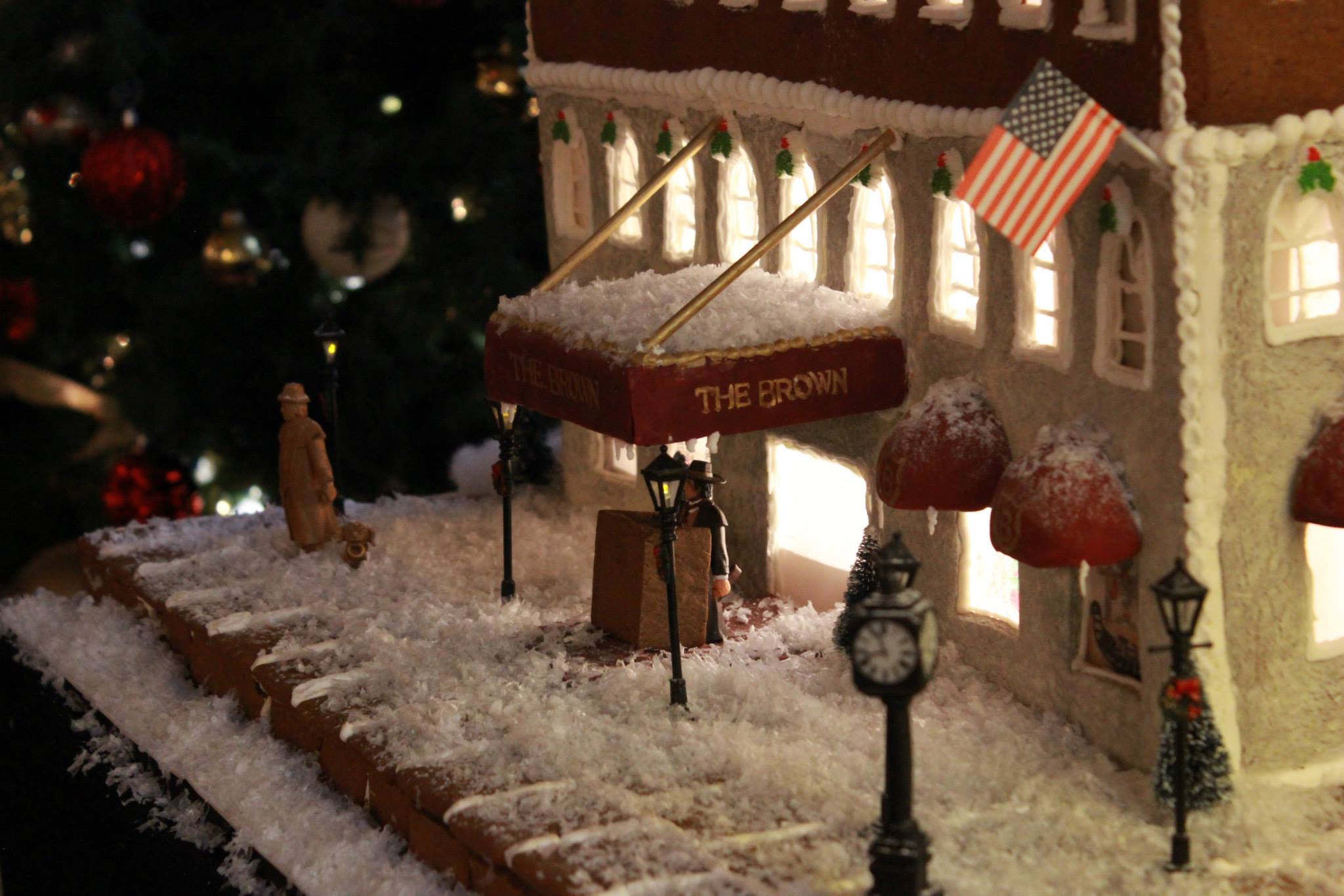 The GingerBrown is a replica of Louisville’s Brown Hotel made from gingerbread and icing.

The pastry team at the venerable Brown Hotel of Louisville, KY spent six weeks creating an amazing replica of the hotel made from gingerbread and icing. A detail from that project is visible in the above photo. And check out some other views of the GingerBrown here. We love it! It’ll remain on display in the hotel’s second floor lobby through the end of the month. They hope to make this an annual tradition, and we hope so too! 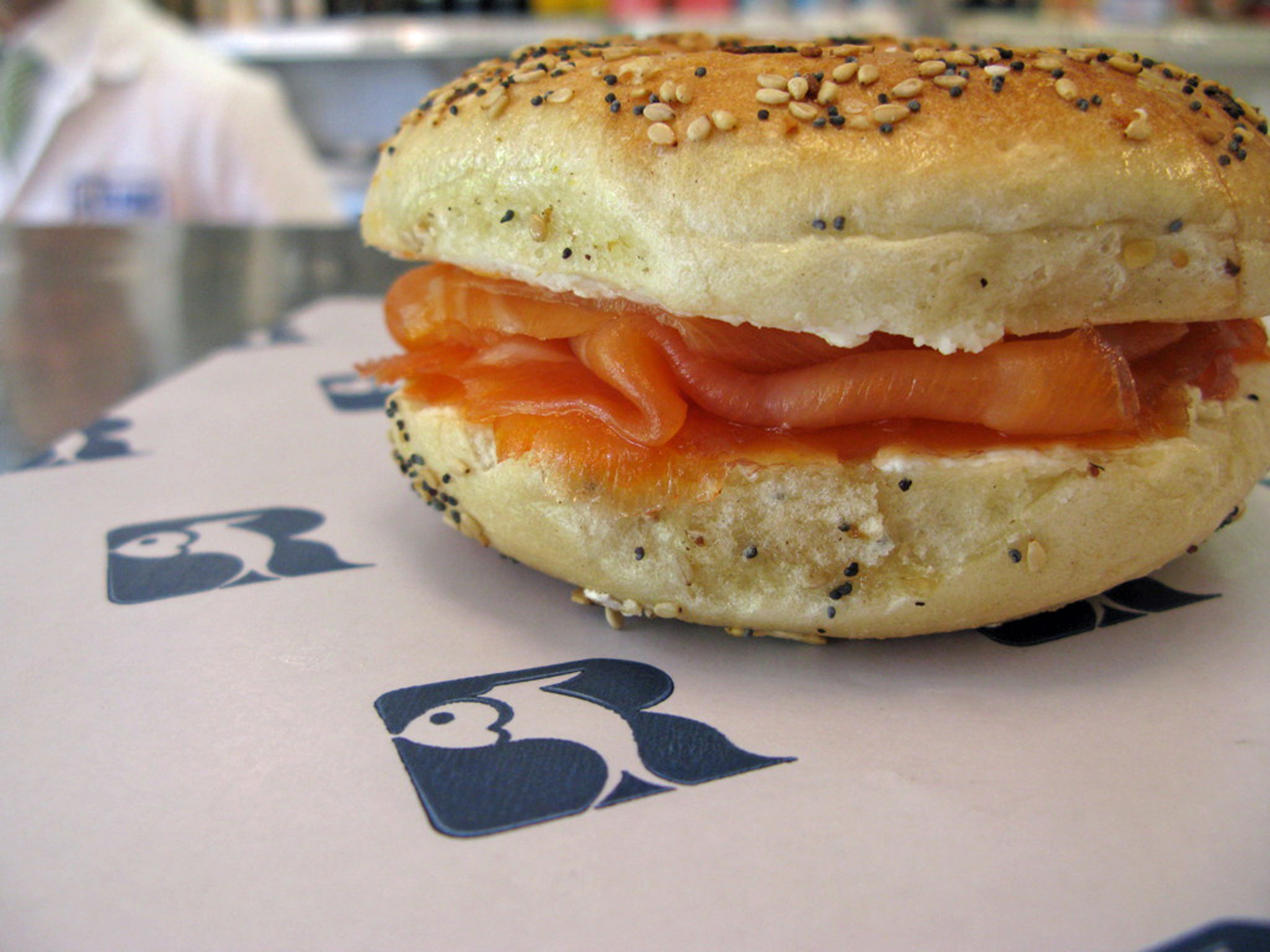 New York City’s Lower East Side is having a mini-Jewish cuisine rebirth, with this year’s arrival of two new restaurants featuring what’s known around here as “appetizing” (bagels and their typical fish, dairy, and vegetable accompaniments). Russ & Daughters Cafe is a satellite of the century-old Russ & Daughters appetizing store, source for what we would call the finest smoked fish and herring in the city. Baz Bagel is a project of, in part, a veteran of Barney Greengrass, the century-old appetizing/deli shop and restaurant. Check out the Village Voice story that compares and contrasts the two restaurants. Makes us want to visit as soon as possible! 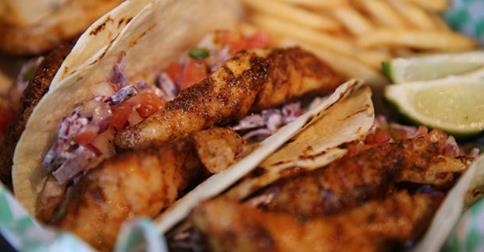 The local fish in Wintzell’s fish tacos is grilled, not fried.

Everyone knows Mobile, Alabama’s Wintzell’s Oyster House for, well, the freshest oysters of course, but David Holloway of AL.com just discovered their fish tacos and named them the best thing he ate last week (Thanksgiving week!). The tacos are made using whatever Gulf fish is available in the market that day, and the fish is highly seasoned and grilled, not fried as in the classic version. Read more about these tacos here.