In the ongoing and certainly never-ending debate over which KC Q joints reign supreme, and which have passed their prime, let us nominate LC’s in the former category. For our money, LC’s is one of the greats, in Kansas City or anywhere. 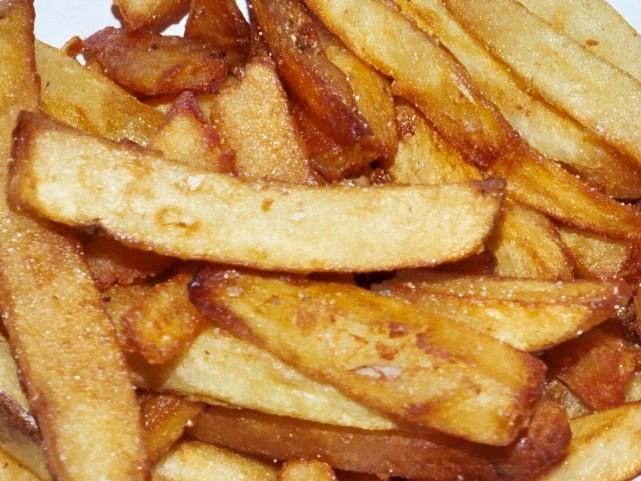 LC’s cuts its own potatoes for fries.

“When you see a fork in the road, take it,” said Yogi Berra, and he could have been giving directions to LC’s, for it’s located on the triangle formed by the fork between Blue Parkway and Sni-A-Bar Road. If your windows are rolled down as you approach, you’ll probably know you’re close well before it comes into view. 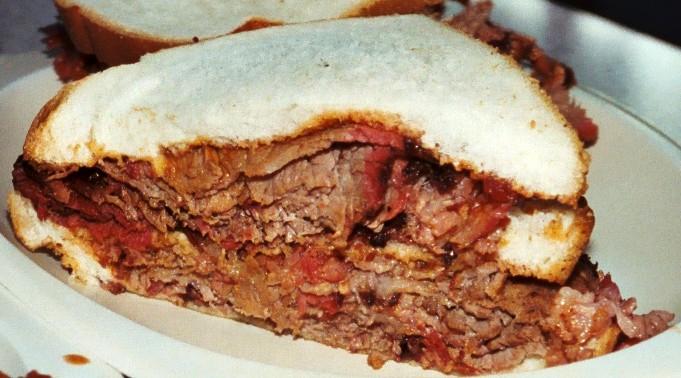 Kansas City is one of the few places outside of Texas where you are likely to find superlative smoked brisket. A beef sandwich at L C’s will not disappoint.

It’s not a large place, and much of its business is take-out. There are a few tables for eating in, and they offer a choice ringside seat to the goings on at the smoker. The brisket that emerges from that smoker is without peer in Kansas City, ineffably tender, smokey without being acrid, a perfect balance between fat and lean. The burnt ends “sandwich” is an impossibly large pile of meat chunks doused with their terrific celery seed accented barbecue sauce, garnished with white bread. The mountain of fresh-cut fries is first-rate. 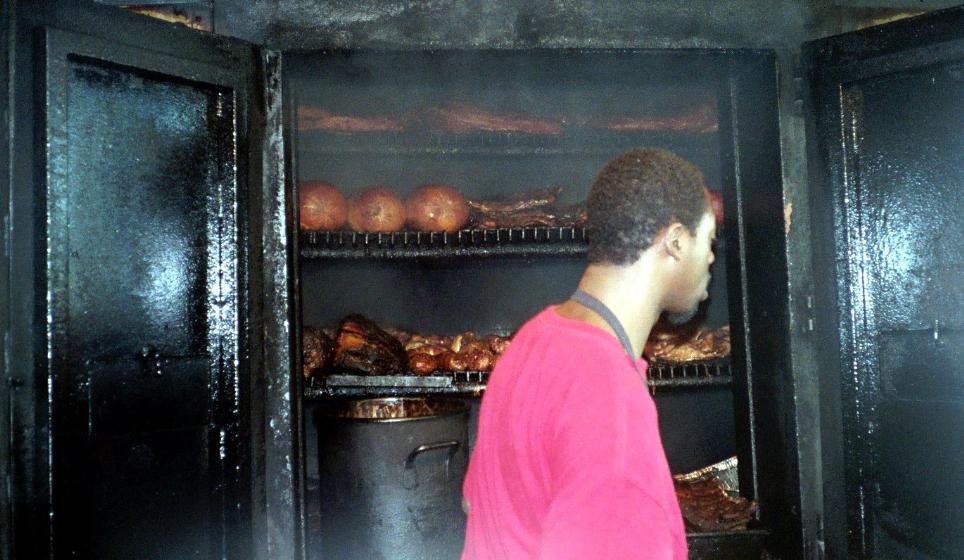 The aroma of these smoking meats is nearly overpowering.

So is it the best BBQ in Kansas City? That’s not a question we can even pretend to answer. We do know that we don’t agree with those who denigrate the legendary Arthur Bryant’s. It may not be what it once was (we can’t say), but it’s still awfully good. In particular, we are simply addicted to Bryant’s hot-and-tart vindaloo-like barbecue sauce. A Kansas City barbeque tour should still, in our opinion, include Arthur Bryant’s, but we submit that a visitor cannot leave KC without a visit to LC’s. It’s as good as they come. 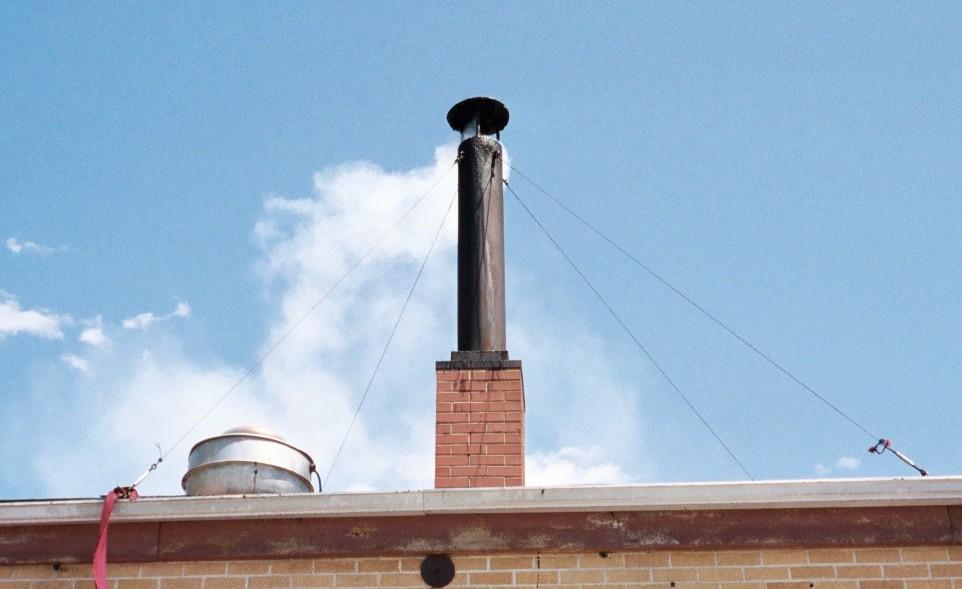 You’ll smell LC’s long before you see it. 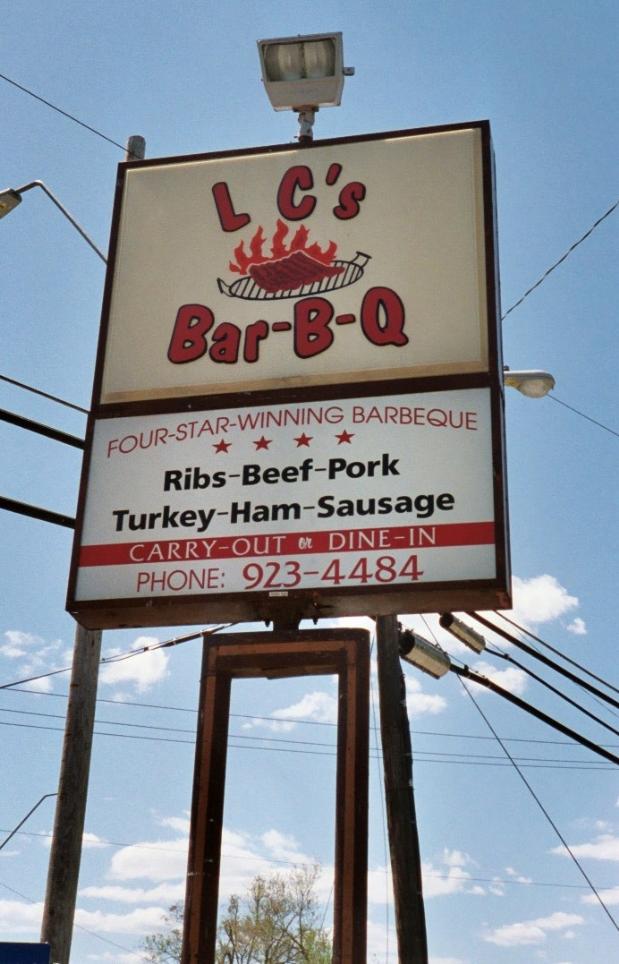 Look for LC’s at the fork with the oddly named Sni-A-Bar Road.