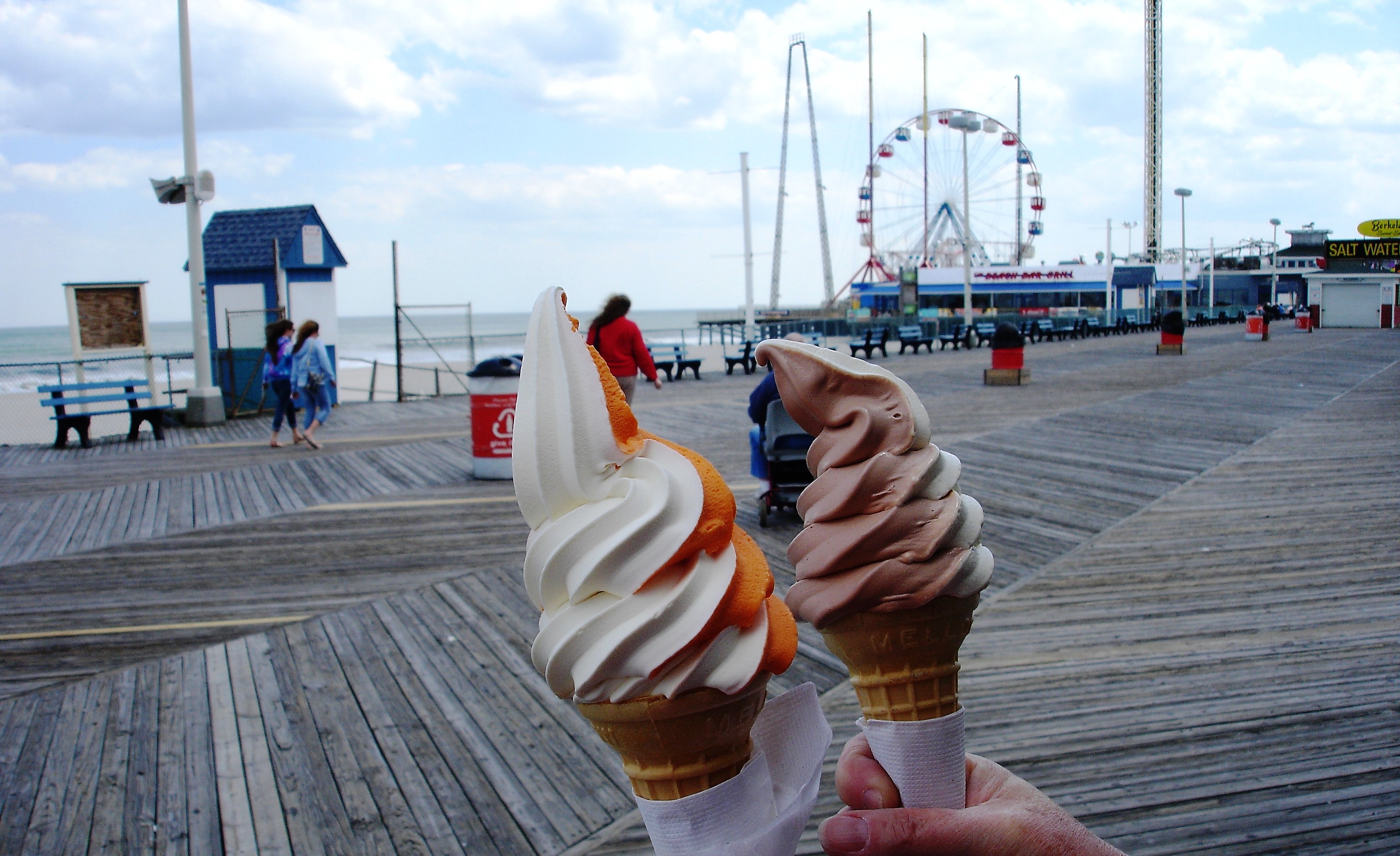 The Kohr’s story began in York, PA, on the Kohr family dairy farm. The time? Early 20th century. Looking to expand the business, the brothers started making ice cream and chose to sell it on the boardwalk in Coney Island, NY. They discovered that by adding egg yolks, the ice cream, now frozen custard, would not melt so rapidly under the hot beachfront sun. 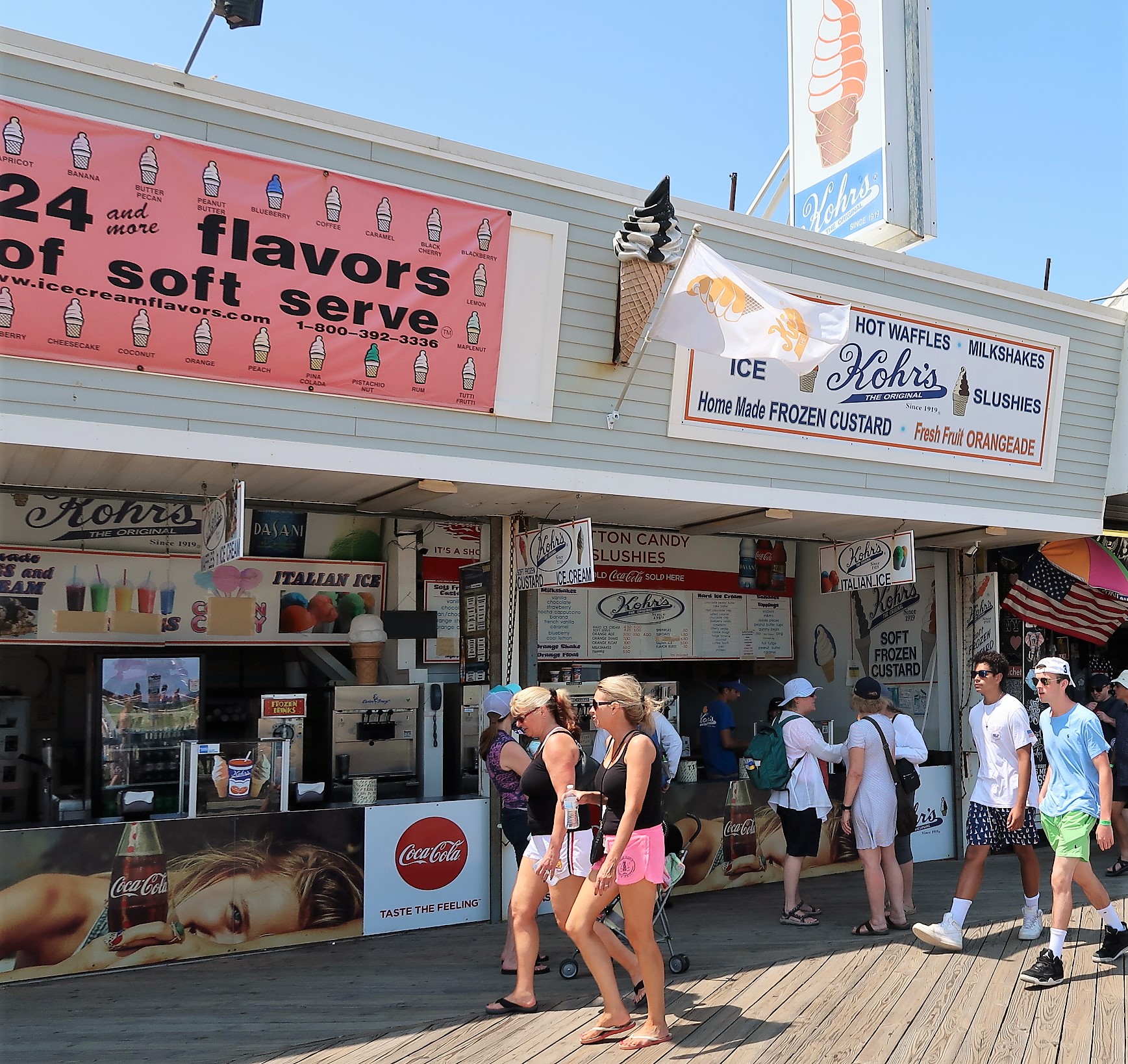 There are three Kohr’s outlets on the Seaside Heights boardwalk. This is the northernmost one.

There were four Kohr brothers. They had kids, and those kids had kids. Fast forward to the 21st century. There are now a lot of Kohrs, all of whom can trace their lineage back to that original Coney Island stand. The result is what you see today: dozens of Kohr’s custard stands along the boards, some related to others, some operated independently of the others.  Do they use the same recipes and methods? Probably not, but who knows for sure? One thing we do know: the custard served in the three Seaside Heights Kohr’s is smooth, dense, and delectable (soft frozen custard, with its low overrun, is decidedly NOT the same thing as cheap, airy soft-serve).

The thing to get is the twist cone, either the creamsicle squared orange-vanilla or a chocolate-vanilla. Avoid the execrable Flavour Burst additions. Orange is a flavor specialty of Kohr’s – not only in the form of twist cones, but also as the ultimate thirst-quencher orangeade, made with fresh-squeezed fruit.