Crust is a big part of the story at Forno Siciliano. The pizza dough is stretched out on a semolina-sprinkled board, resulting in a sandy-textured surface around the edge and underneath the pie. It’s baked in an impressive wood-burning oven, which you see to your left as you enter. These pizzas pick up a whiff of smoke from that oven, and the intense heat gives the crust a good crunch without drying it out. The baked crust has a faint yeastiness and well-developed flavor to go along with a chewy texture. There won’t be a pan of pizza crust edges left over on your table. 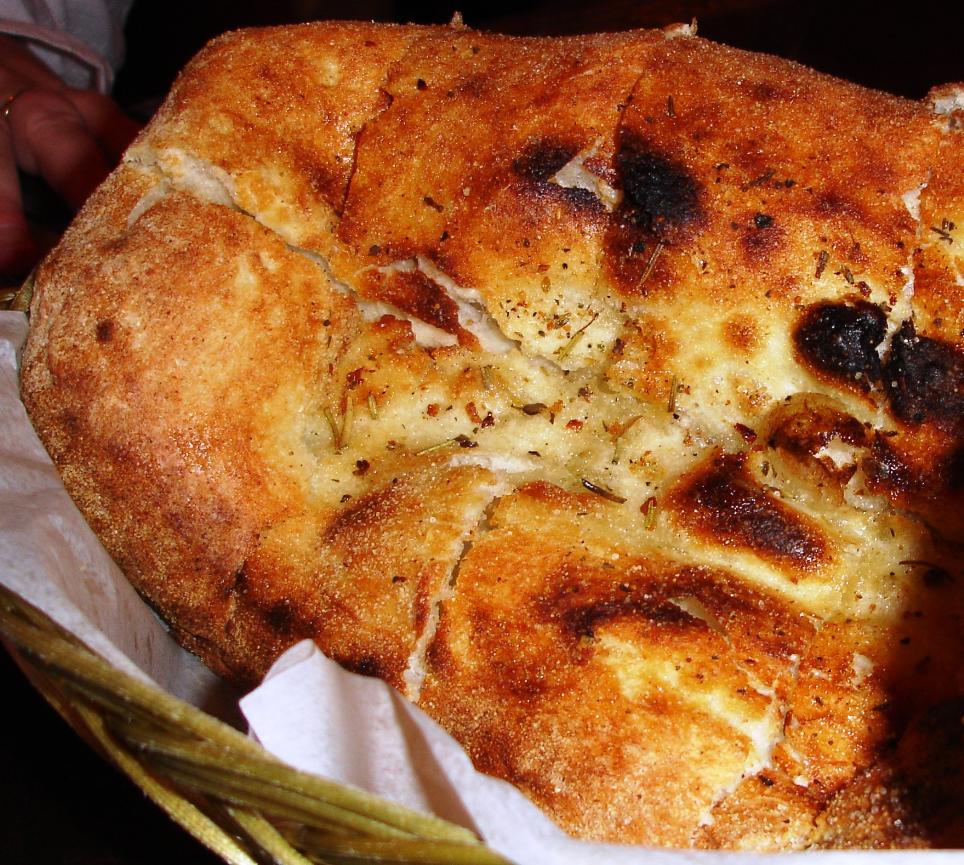 The best pizza in the house is this freebie dressed with oil and herbs.

And in fact, one of the finest pizzas you can have at Forno is not a pizza at all, and won’t cost you a cent. A basket of hot-from-the-oven focaccia is presented to your table even if you’ve ordered pizzas. This bread is exactly the same pizza dough used in the pies, seasoned with oil and salt and rosemary. We could eat baskets of this stuff and call it lunch, but then we’d miss out on the excellent, creamy house made mozzarella that tops the individually sized pies. 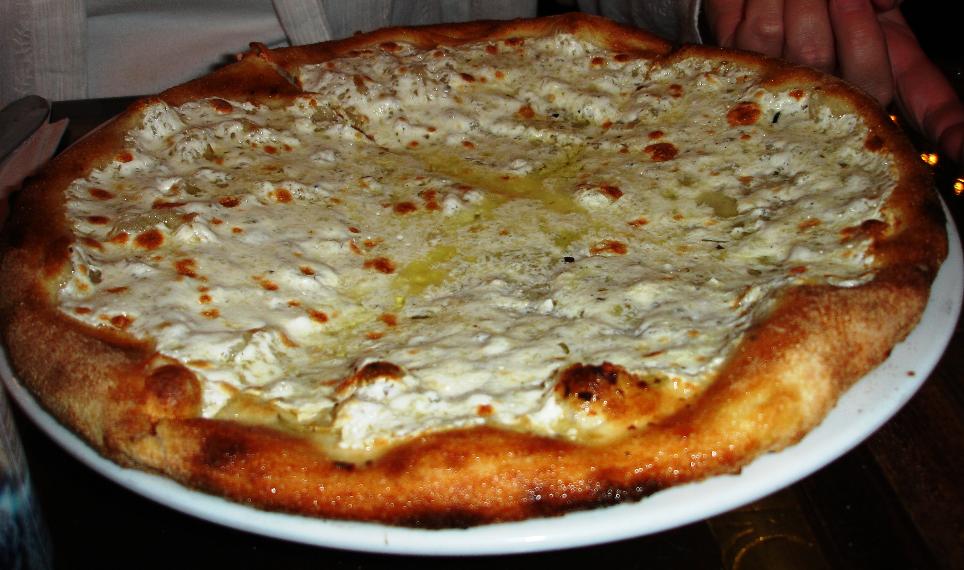 A veritable lake of their fresh mozzarella, puddles of olive oil, and garlic; not for fat-phobes

The best of the bunch is the white pie that showcases this mozzarella, a pure white field dotted with occasional tan freckles where the cheese has toasted. The pizza is well-oiled and garlicked. The red pies are painted with tomatoes and topped with a judicious hand. The pie named Forno Siciliano holds crumbled Italian sausage with serious red pepper heat. Each pizza is cut in quarters, and is a very generous serving for one, but not really sized for two eaters (certainly not two pizza fanatics like us). We recommend getting three pies for variety’s sake, and taking the leftovers home. 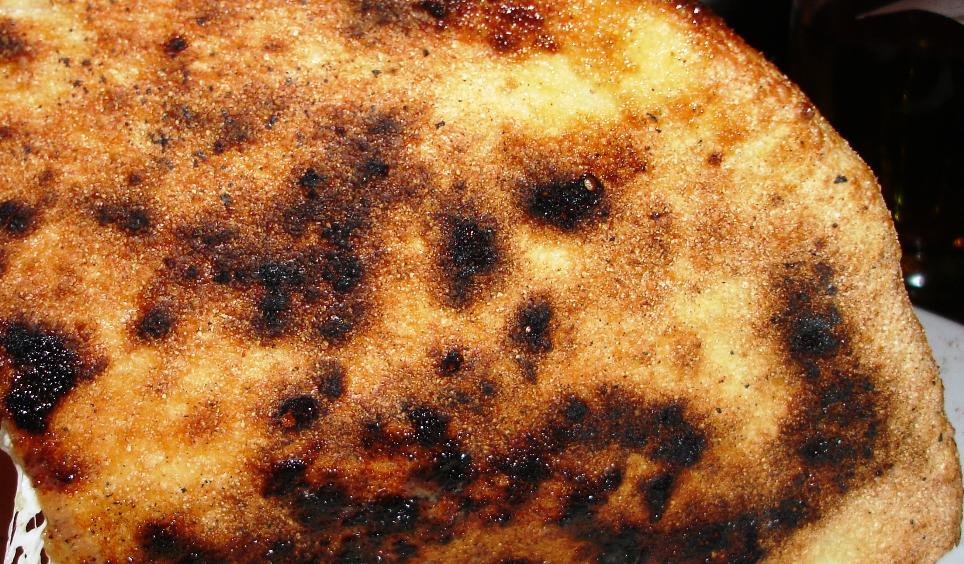 The undersides of these pies are nicely charred and full of crunch.

Forno Siciliano is not really a pizzeria. It’s an Italian restaurant, remodeled and redecorated from its Forno Italia days, that just happens to serve great pizza. We haven’t tried the other parts of the menu, save for the occasional salad. 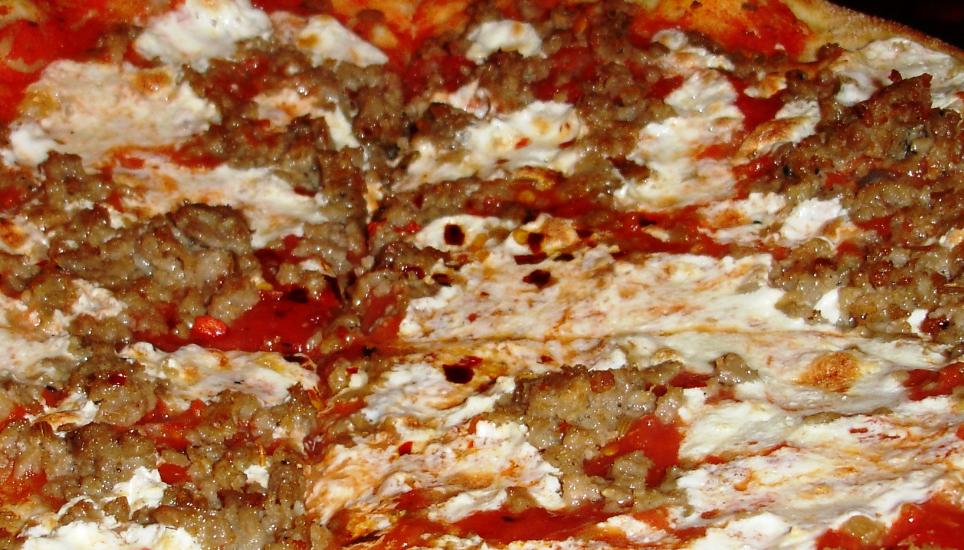 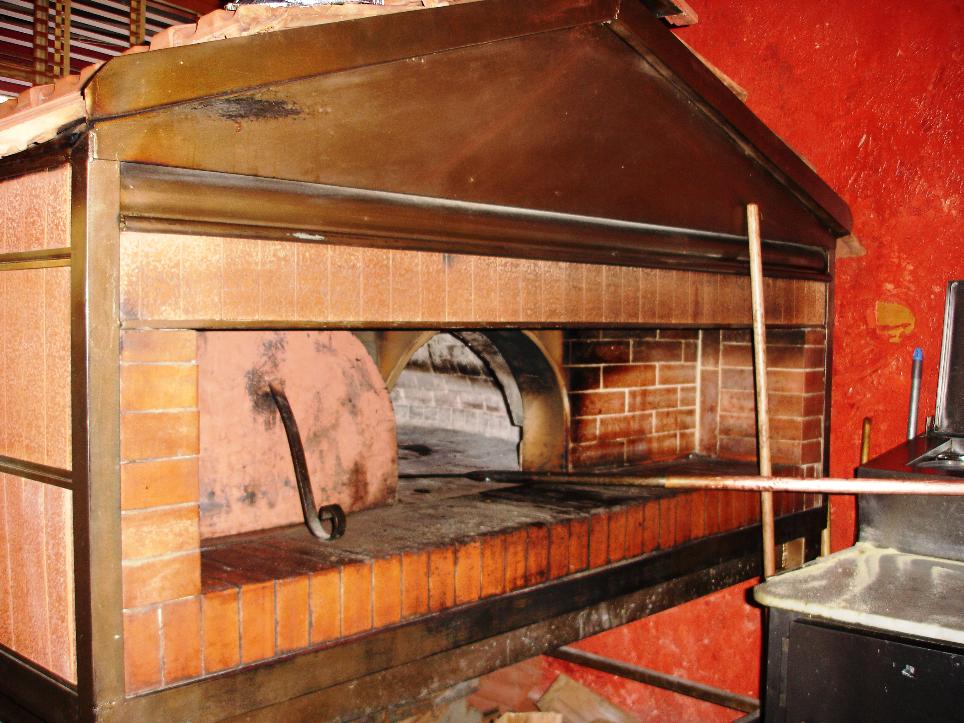 The great pies are baked in this beautiful wood-fired oven.