Most residents of current-day, rapidly growing Robbinsville have barely an inkling of what their town was like pre-1980. For one thing, it was called Washington until voters decided in 2007 that it is better to be unique Robbinsville than one of six Washingtons in New Jersey. But more significantly, this was a low-key little farming town of a couple of thousand residents with a handful of businesses to serve them. One of those businesses (since 1859!) is Ernie’s Tavern. 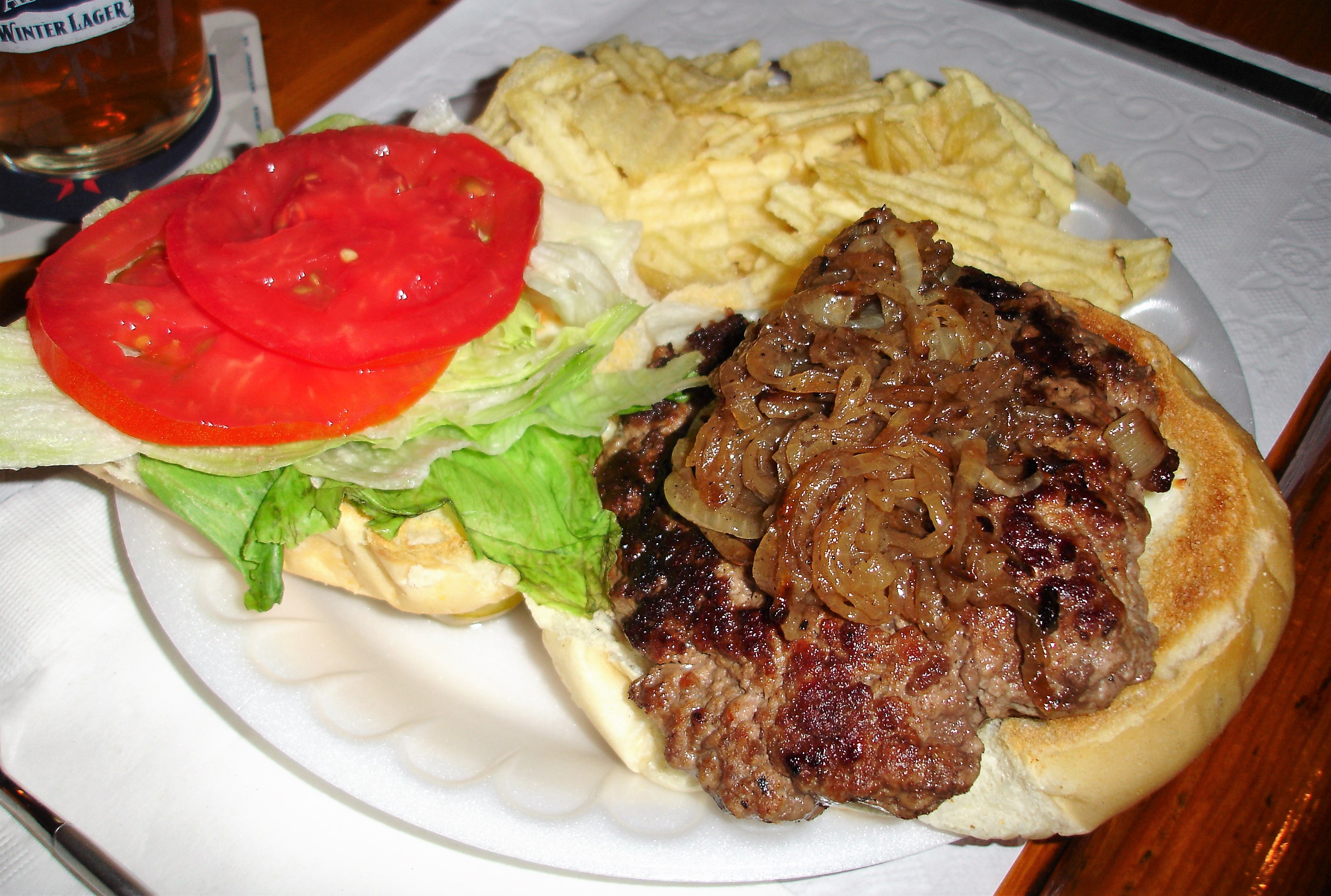 Fried onions are definitely the way to go at Ernie’s

The 1859 building has been a tavern of some sort since it was erected. It became Ernie’s when Ernie Palsho bought the place in 1947. Since Ernie’s passing in 1999 his wife Catherine, who, at 93, is something like the honorary Queen of Robbinsville, has been in charge. From the outside it looks like one of thousands of anonymous liquor store/bars for locals to pass the time sipping cheap beer and, in fact, that’s what it is. Except on Wednesday evenings. 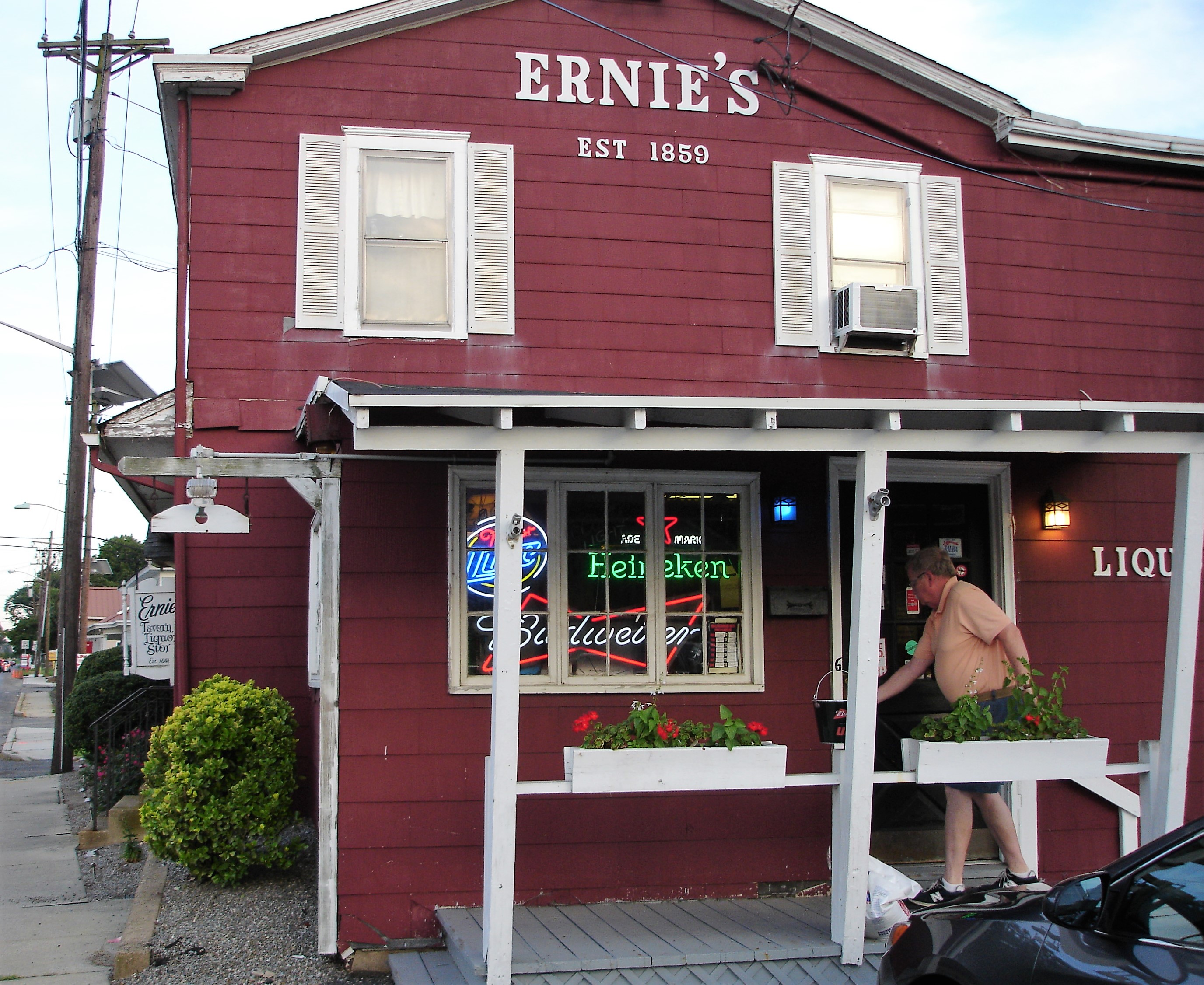 A taste of pre-suburbia Robbinsville

While you can get yourself a simple sandwich of ham or bologna to accompany your Bud any time you like, it’s Wednesday night when you can partake in what has become something of a local tradition: burger night! The burgers are hand-formed from fresh beef, served on grilled buns, and come with your choice of lettuce, tomatoes, and crisp onions, with or without cheese. We love a burger with raw onions but the thing to know about Ernie’s is that they make some wicked-good fried caramelized onions. Get you burger whatever way you like as long as it includes a portion of those luscious fried onions!

When you enter Ernie’s you find yourself standing in a small liquor store. Continue into the back room, where you can take your place along the large U-shaped bar. There’s only one man in a small kitchen cooking burgers for everyone so, if it’s crowded, you might have to wait as much as 15 minutes for your allotment of seared beef. In the meantime, drink some beer, make some friends, and take advantage of their puck hockey game on the far side of the room.

Other than Wednesday evenings, there’s one other time each year when Ernie’s steps out of its usual locals’ bar role, and that is St. Patrick’s Day, when Ernie’s becomes ground zero for the festivities and parade. The name Palsho doesn’t sound Irish to us but, as they say here in America, everyone’s Irish on St. Patrick’s Day.