We’re always on the lookout for cinnamon rolls, and The Duffeyroll Cafe in Denver makes a particularly good one. Duffeyrolls have only a passing resemblance to goop-filled and icing-laden modern mega-rolls. A Duffeyroll cinnamon roll is light-textured, almost like a croissant. It’s a little crisp on the outside, and veined with just enough, but not too much, cinnamon and sugar. 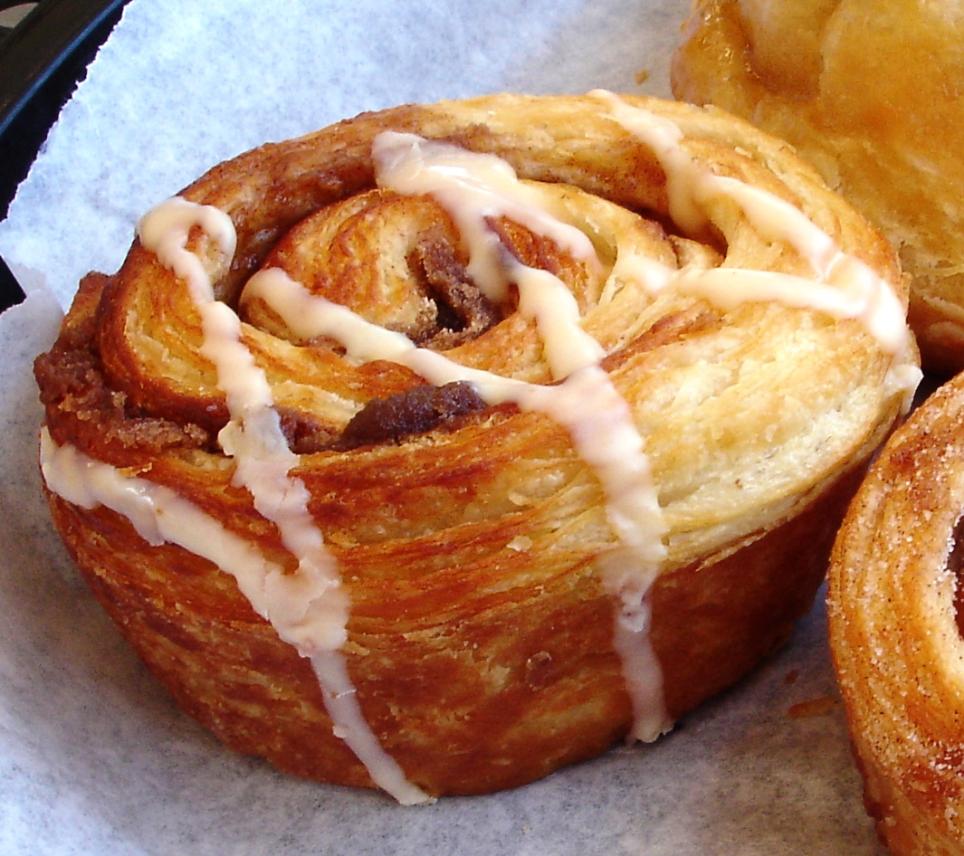 The flavored cinnamon rolls simply have a bit of flavored icing drizzled across the top. It’s thankfully subtle, but we prefer the plain ones anyway.

These cinnamon rolls come in a variety of flavors, including Zesty Orange, Mountain Maple, and Irish Cream, and the only difference between these variations and “The Original” is a flavored icing that gets drizzled across the top. The Original is of course the best. 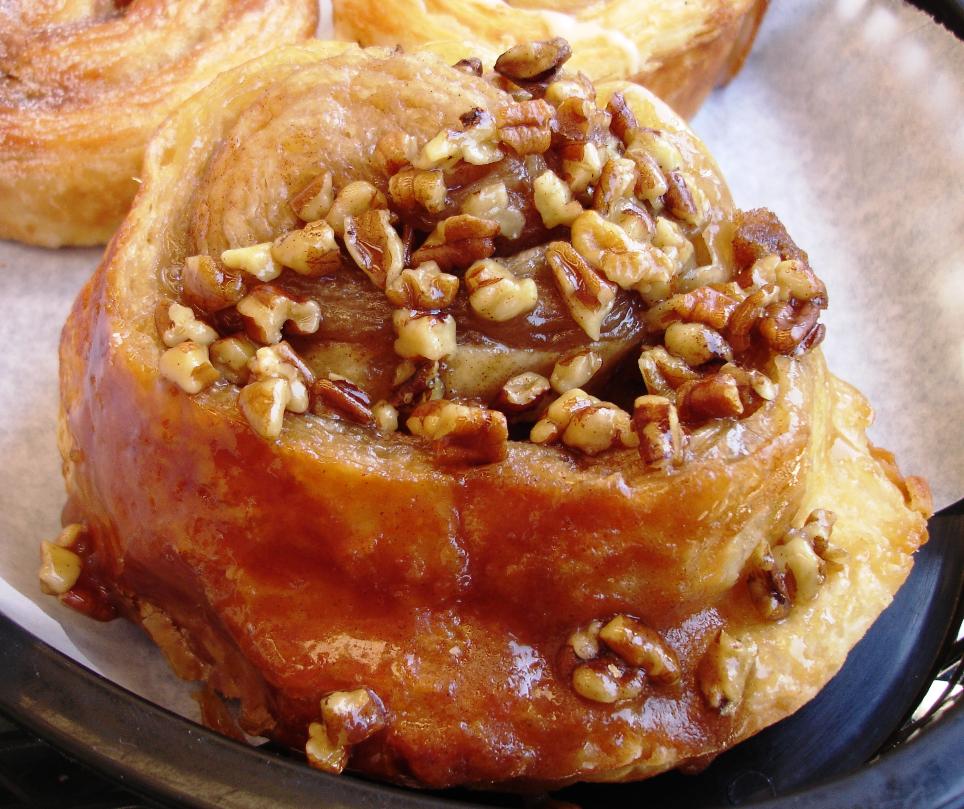 The pecan sticky buns look fantastic, and maybe they are fresh out of the oven. Our bun, seemingly made with the same dough as the cinnamon buns, was filled with huge wads of hardened brown sugar filling. And the price, at $3.99 each, seems crazy to us.

There’s also a menu of breakfast and lunch sandwiches and wraps, soups and salads, and while we haven’t sampled these we like the fact that sandwiches come with a mini Duffeyroll! 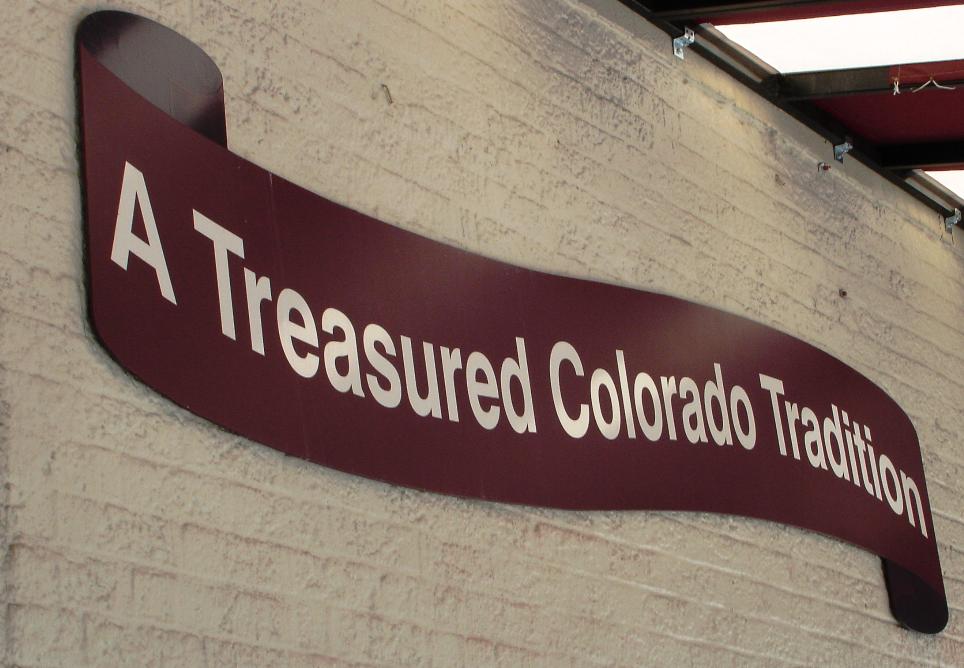 Seeing as how they’ve only been open since 1986, their slogan seems aspirational, but they ARE good cinnamon rolls.

There are four Duffeyroll Cafes. The original store is in the Happy Canyon Shopping Center. The branch we’re familiar with is located in the historic Old South Pearl neighborhood of Denver, and the outside sidewalk tables are an especially welcome place to enjoy a leisurely cup of coffee while slowly unwinding these cinnamon pastries. 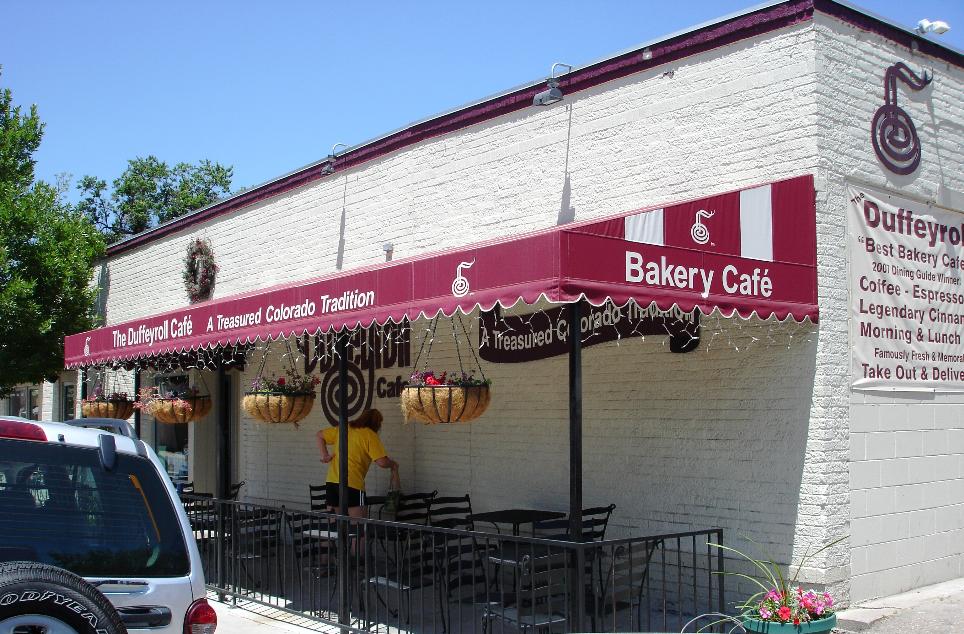 There is plenty of space to enjoy your cinnamon rolls inside but we recommend bringing them to one of the outside tables.