If you plan to spend some time strolling around Brockville in southeastern Ontario (a terrific idea), make sure you also plan to be on West Water Street around lunchtime, for it is here you will find Don’s Fish & Chips, a traditional take-out only chip shop. 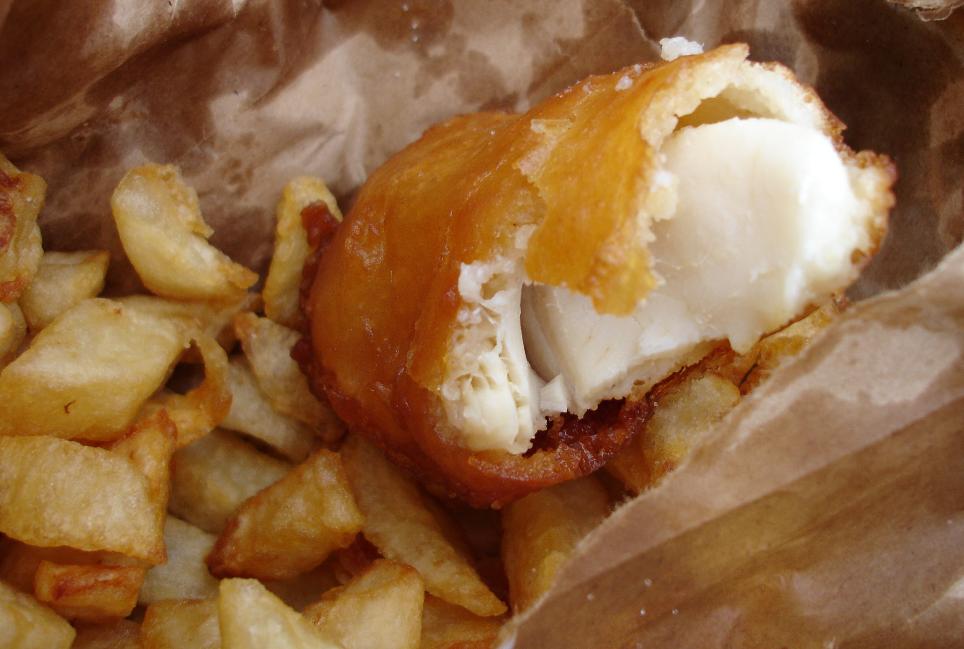 The haddock is chunky and meaty. Cod is also available.

Choose between cod and chunky, meaty cuts of haddock and decide if you want one or two pieces of fish. The well-browned and shiny crust is both crunchy and chewy, and frankly oily, and the fish is sweet. The chips are fresh-cut (you can see a mountainous pile of bagged potatoes in a corner). Both have a particularly savory quality that made us originally suspect beef fat as the frying medium (but we’ve since been told they use 100% vegetable oil). Salt and vinegar are available. 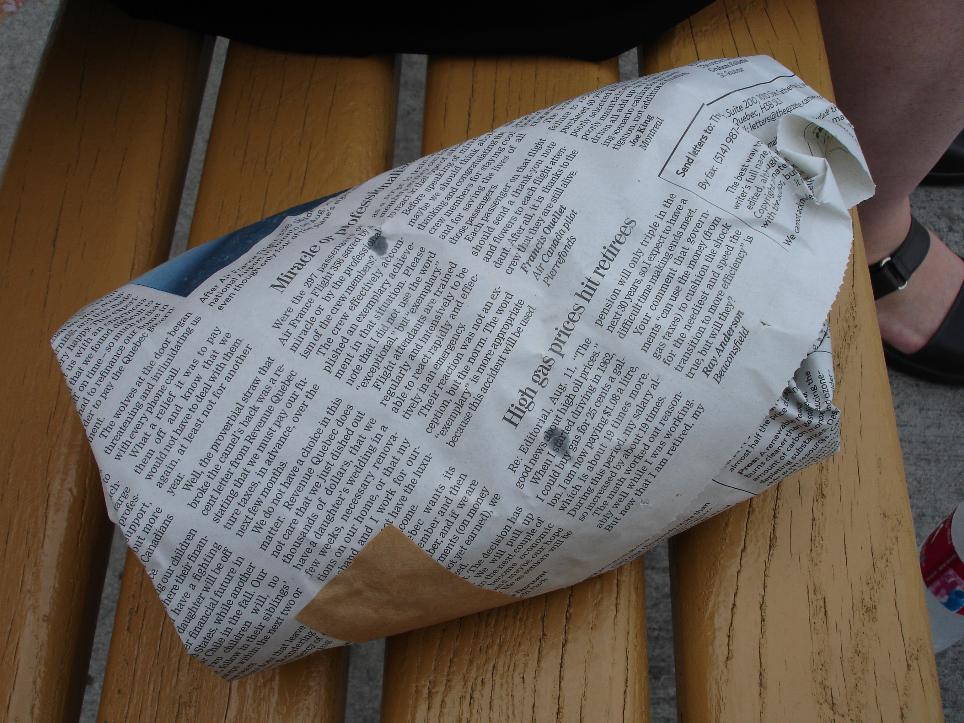 Your entire order is securely wrapped in brown paper, with a newspaper overwrap, resulting in that uniquely British fish and chips melding of flavors: steamy and just a little bit soggy (believe it or not, this is a good thing, if you appreciate old-style British chip shops). Take your package to a bench along the St. Lawrence River and feast. 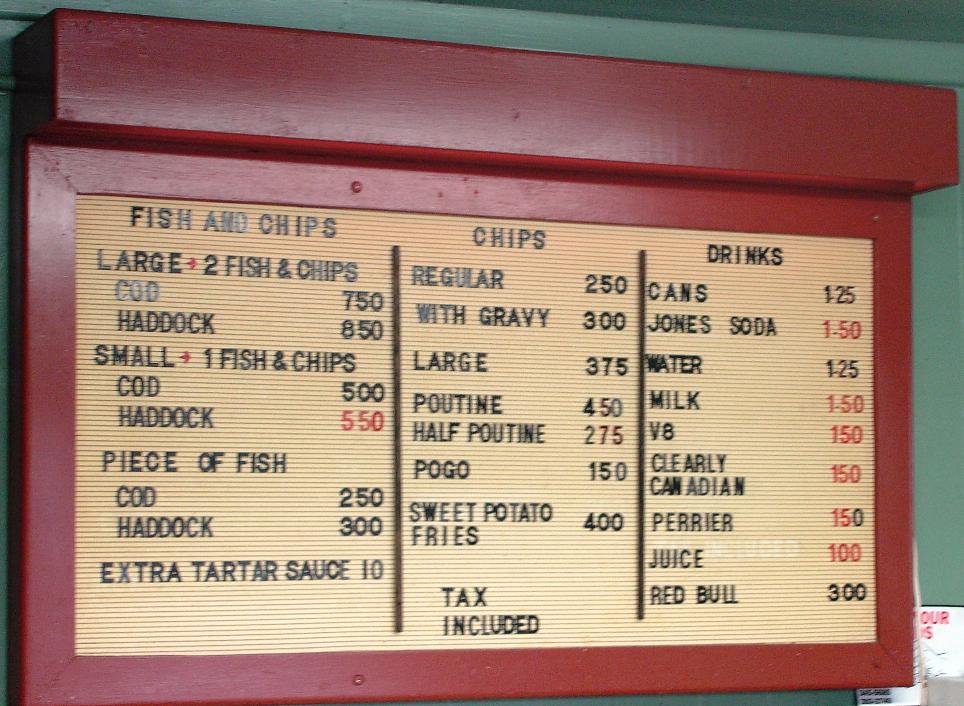 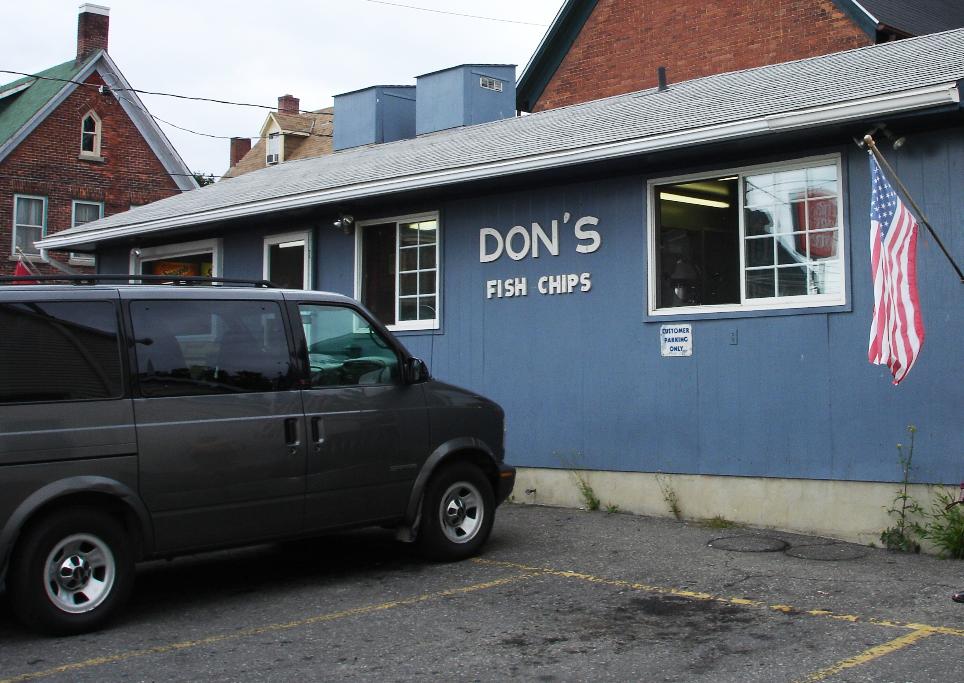 Don’s is a very popular takeout shop in Brockville.