Hoagies and heroes: regional terms for the same food item, yet so very different. The Philadelphia hoagie is served on a long roll, just like a hero, but the distinguishing feature is the lettuce/tomato/onion garnish, along with some combination of oil and/or vinegar and/or Italian spices. Lettuce/tomato/onion is so integral to a hoagie that it’s practically the definition. If you order a cheesesteak hoagie, it means you want your cheesesteak topped with LTO. If you want a hoagie without one of the three vegetables you have to specify that explicitly, i.e., Italian hoagie no onion. 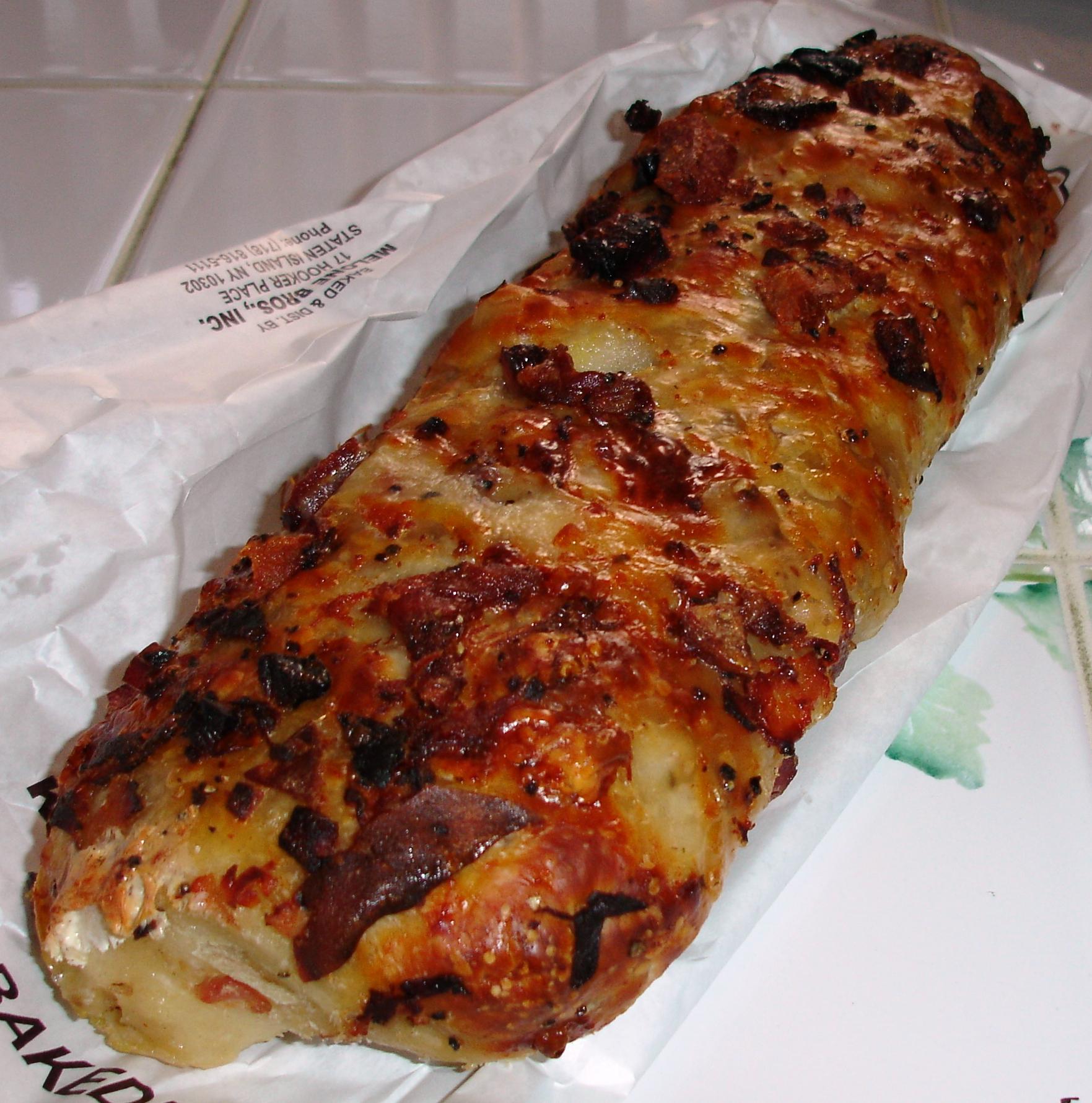 The prosciutto bread is a meal in itself.

The New York hero is more free-form. There’s no set of ingredients that identify it as a hero, the way there is for a hoagie. But there are two characteristics that distinguish New York heroes: they tend to be anti-hoagies, by which we mean the vegetables play a secondary role on a hero (unless it’s actually a vegetable-based hero). They are often served without lettuce OR tomatoes OR onions, though small portions of these may show up in supporting roles. Also, the bread used for a good New York hero is usually a much brawnier loaf than that used for a hoagie. 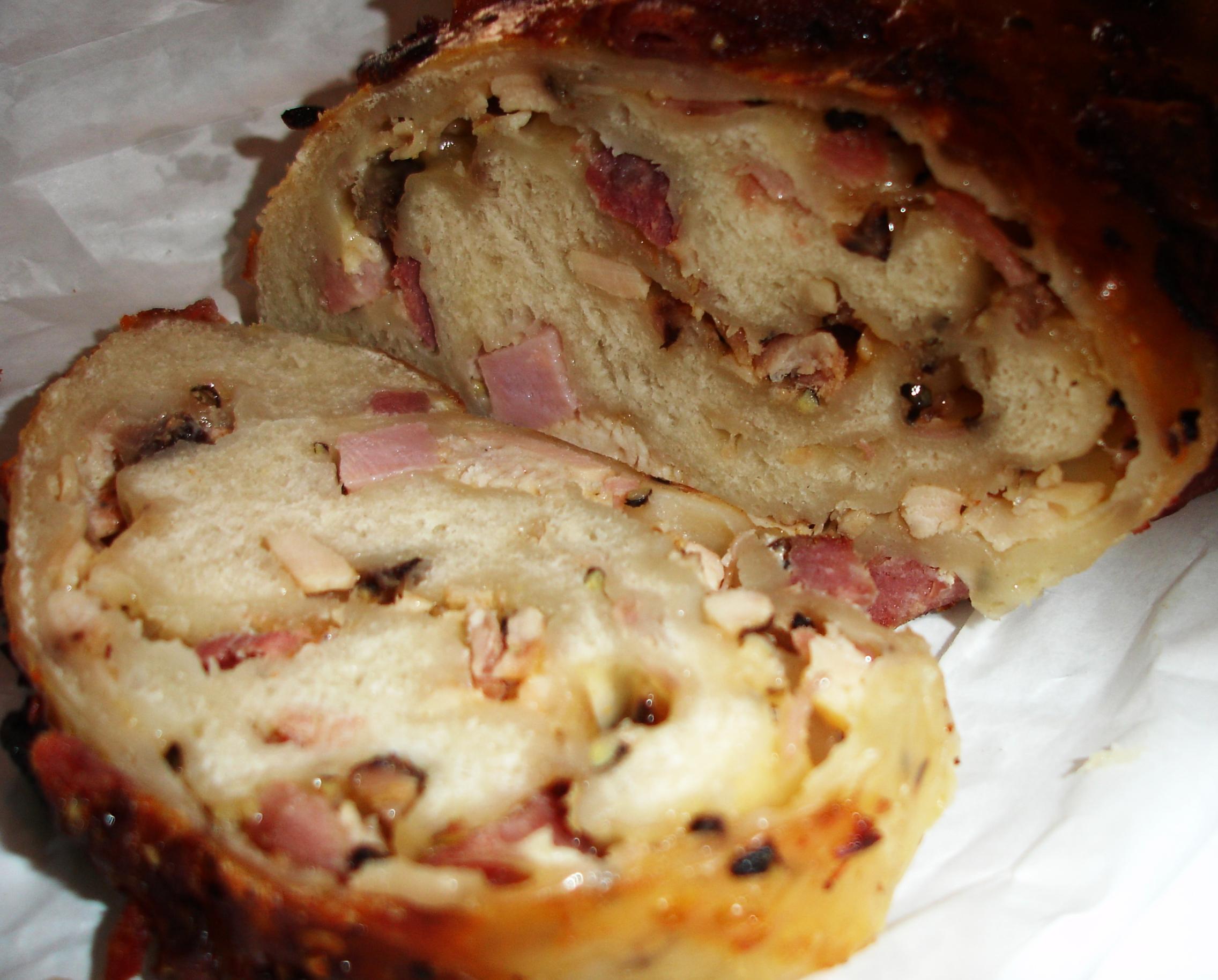 A closeup shows just how chock full of cured pork and cheese the prosciutto bread is.

So, geographically, where is the dividing line between hoagies and heroes? We think we’ve found it: NJ-33 in Robbinsville/Hamilton/Hamilton Square. A mile stretch of road here could be called Sandwich Alley, as far as we’re concerned, because of the plethora of superb hoagie/hero sources. 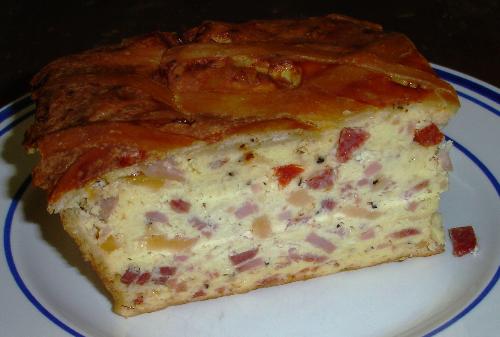 Primo Hoagies has their northernmost outpost on NJ-33 in Hamilton Square, and these are some of the finest hoagies you’ll find in or out of Philly. The Little King, just down the street, is something of a hybrid. They serve hoagies and heroes, though they tend to just call them sandwiches. The Little King’s sandwiches are terrific but its greatest strength is its local soulfulness. 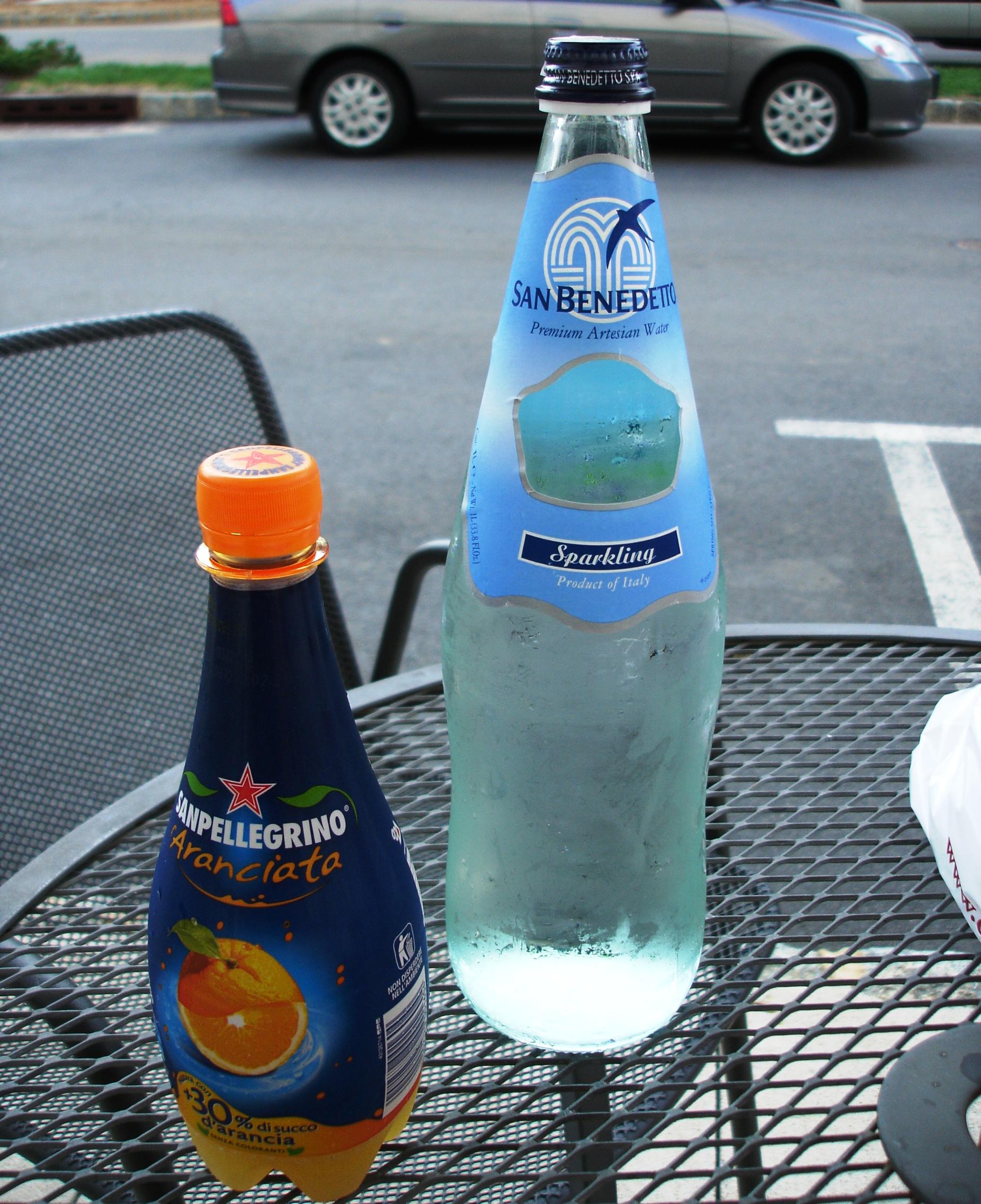 Dolce & Clemente is really an Italian grocery, well-stocked with a wide assortment of items imported from Italy.

And then there’s Dolce & Clemente, a little further down 33 in Robbinsville. Dolce’s is firmly in the hero camp, and it has a definite New York point of view, both in the food and the city-smarts attitude of the people who work there. Dolce’s heroes are served on massive rolls with a good, strong crust and muscular crumb with a real toasty flavor. There are dozens of set-piece heroes on the menu, or you can design your own. 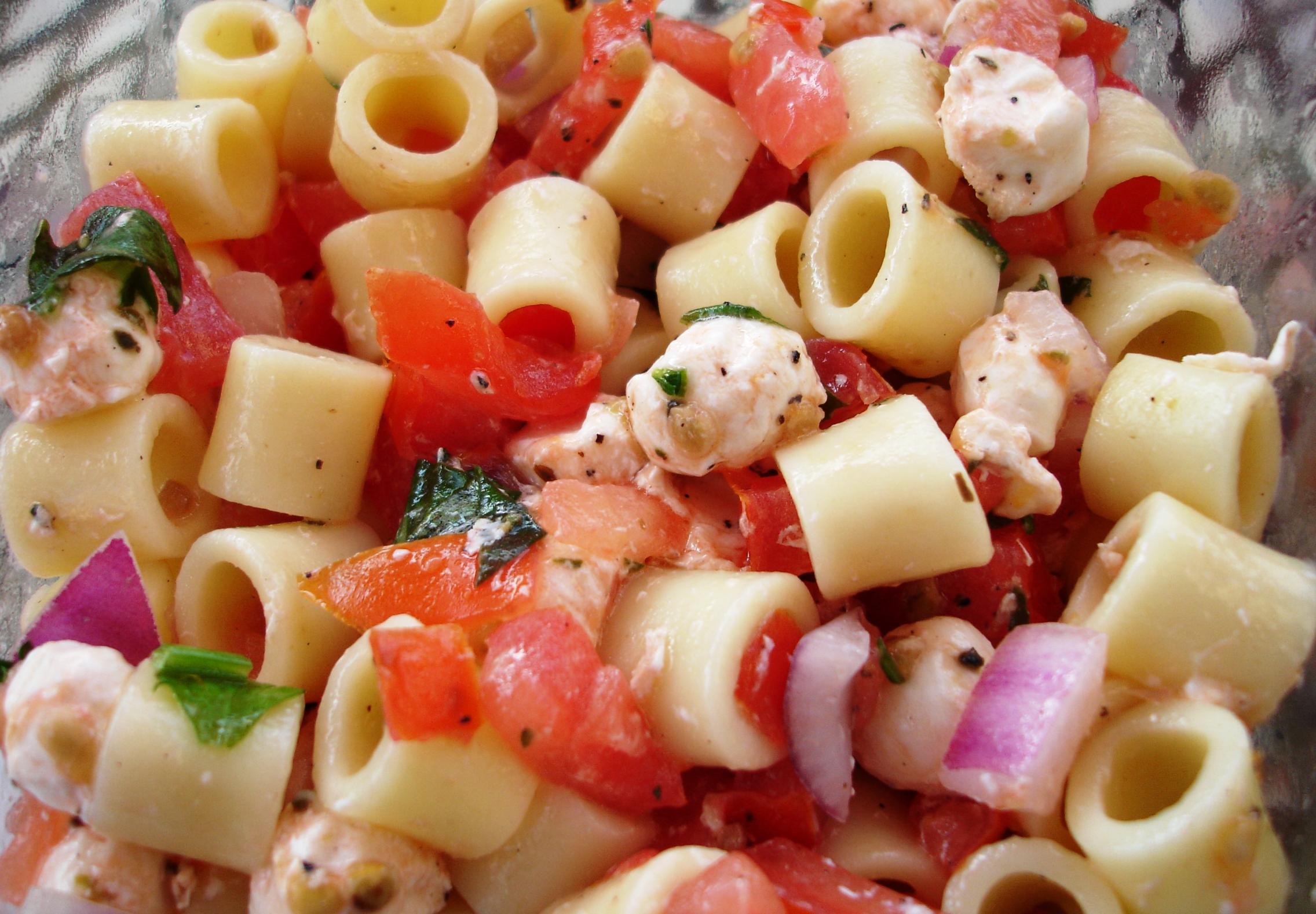 One of our favorites is The Sorrentino, which combines hot sopressetta with mortadella, ham, fresh mutz, vinegar peppers, and extra-virgin olive oil. The Napolian is built with fried eggplant, fresh mozz, capicola, romaine, and a balsamic reduction. There is an assortment of terrific hot heroes too, like the Sausage San’ Gennaro (Italian sausage, broccoli rabe, sun-dried tomatoes, and sharp provolone), The Darren Special (chicken cutlets, prosciutto, roasted peppers, homemade mutz, port wine gravy), and of course tried-and-true classics like meatball, chicken, or eggplant parms. 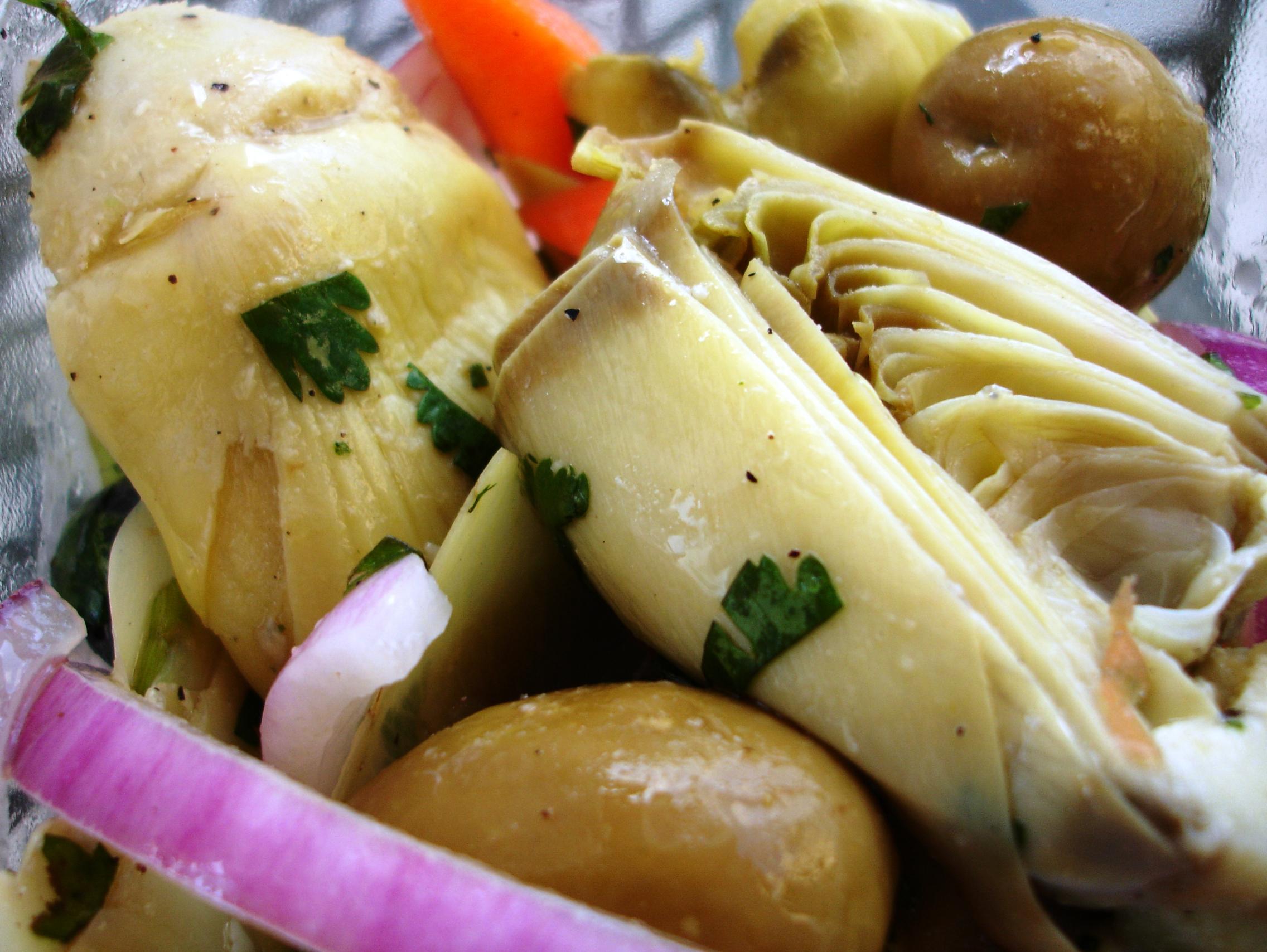 Dolce & Clemente is much more than a hero joint. It’s an Italian/American grocery with a dazzling array of gorgeous prepared foods for taking home by-the-pound. There are imported oils and anchovies, cheeses and meats and beverages galore. They make their own Italian sausage; we’ve enjoyed the hot Italian on our grill and, let us tell you, it’s not only top-quality sausage, this is certainly the hottest Italian sausage we’ve ever tasted! 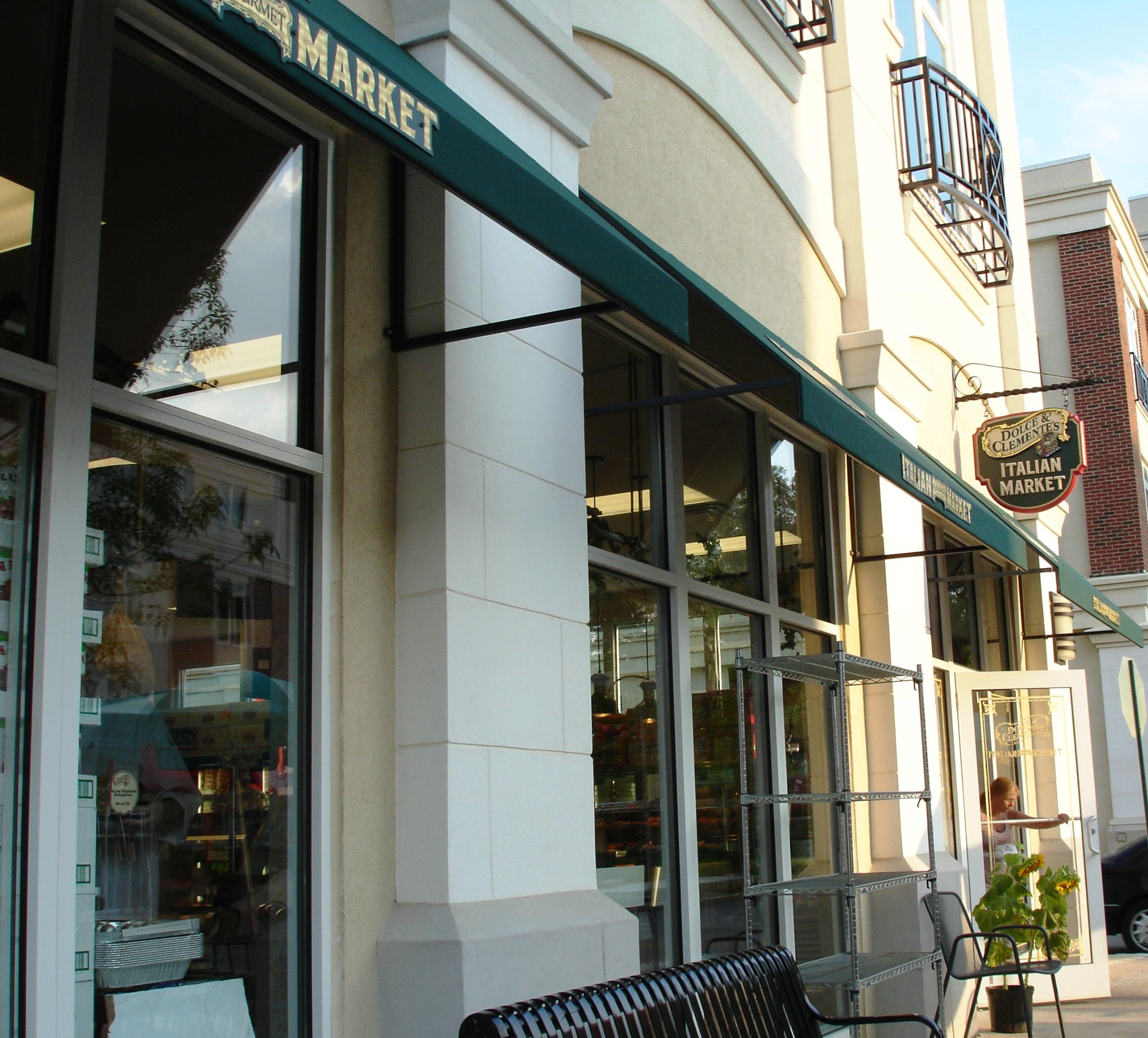 Dolce & Clemente has struck a positive chord in the neighborhood. Throughout the early evening you’ll see a steady stream of cars pulling up in front, picking up that evening’s dinner to go.

Special mention must go to the prosciutto bread. Perhaps the best way to describe it is like a savory bread analogue to Christmas fruitcake, where the icky candied fruits are replaced by cured pork and sharp Italian cheese. The flavor explodes with pork and pork fat, and the weight of the loaf will surprise you when you lift it. How do they pack so much stuff into this slim tube of bread? Like all the breads they carry, this is made in-house. We rarely leave the store without picking up a loaf.

There’s no seating inside Dolce & Clemente’s. There are a few tables outside but most of the business is take-out, which will be your only option once winter arrives. Oh, one more thing: before you leave, pick up a couple of lobster tails (not always available), the super-crisp Italian pastry similar to sfogliatelle, except these are filled with cannoli cream when you place your order. They are spectacular.